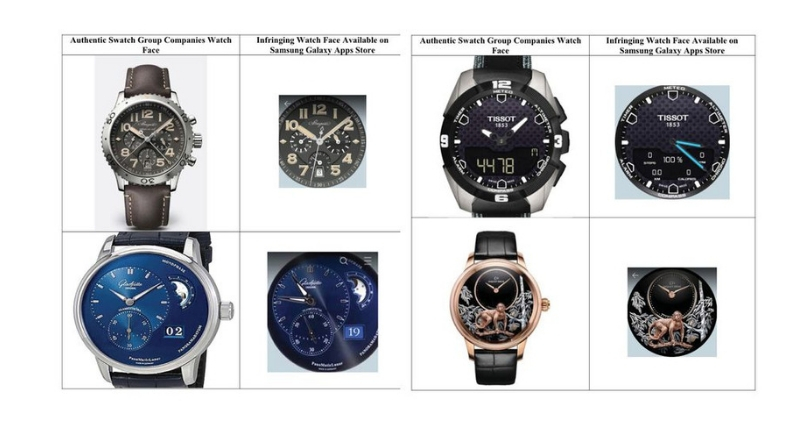 Just days after Samsung announced its Galaxy Watch Active, the manufacturer has been sued by watchmaker giant Swatch. The Swiss watchmaker has filed $100 million lawsuits against Samsung over infringing its watch designs. Once you see the company’s complaint which is filed with a set of images, then you’d see the resemblance between the Samsung watch faces and Swatch Group-owned watches.

Samsung and Swatch will go on face-to-face in court

The complaint was originally spotted by Reuters, which straight accuses of unfair business practices since the company didn’t partner up with the brand for watch faces. The watchmaker states that it will mislead customers to believe that Swatch has a tie-up with Samsung. Over 30 of Samsung’s watchfaces have been found to be identical or virtually identical to trademarks owned by Swatch.

While Samsung may not be directly involved with the design, it indeed pockets the revenue from the third-party apps provided on its Galaxy Apps store. One of the watchfaces copies collector’s edition watch costing as much as $650,000. Now imagine that design being ported on a Samsung watch. 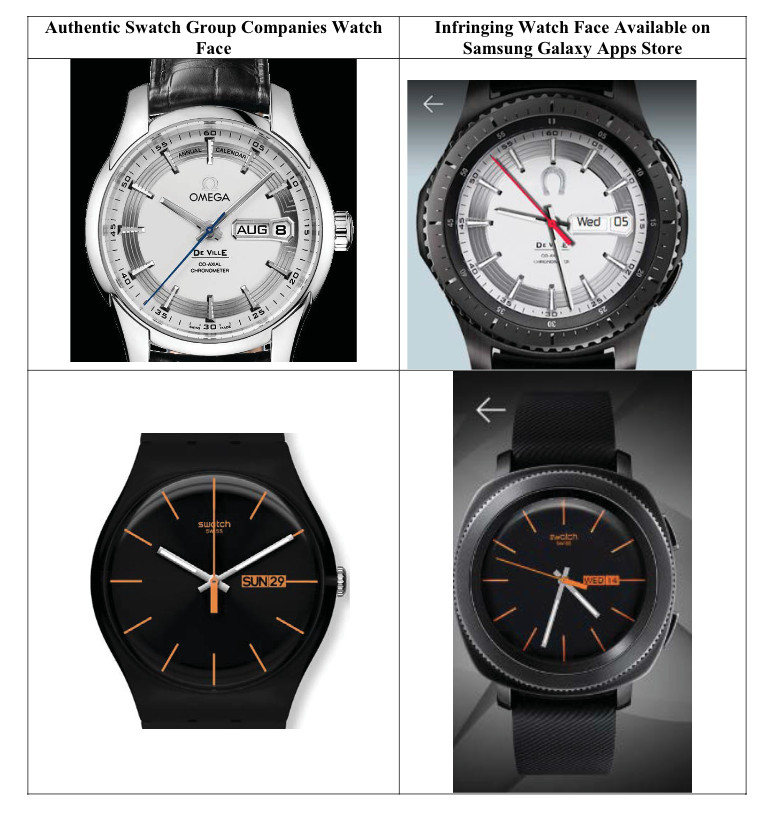 These Samsung watch faces can be installed on the series of its watches including Gear Sport, Gear S3 Classic, and Frontier. In December last year, the watchmaker reached out to Samsung directly regarding these watch faces, at the time, the South Korean giant allegedly removed the watchfaces. But apparently, they didn’t, which is why the Swatch have filed for an expensive lawsuit claiming for design damages.

Interesting to note that it is not the first time for Swatch to take legal actions against its patented designs being infringed by the manufacturers.