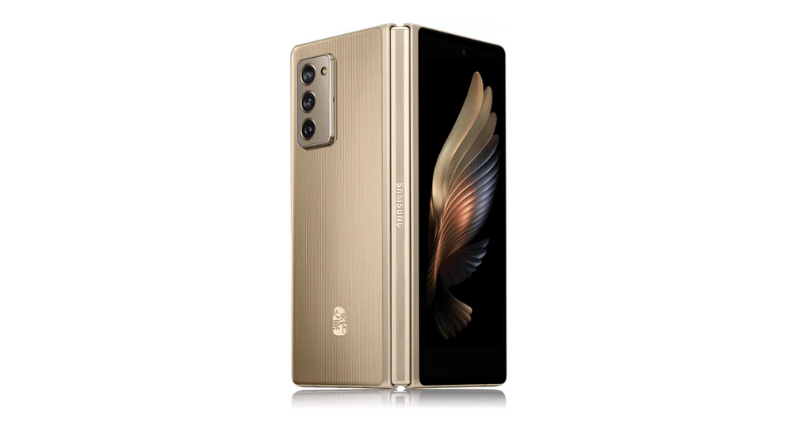 Samsung has come up with the Samsung W21 5G smartphone in the Chinese market. It is nothing but another variant of the popular Samsung Galaxy Z Fold 2 5G, launched early this year. It is an exclusive one storage variant released for the Chinese market with some minor tweaks. The device appears quite identical to the Fold 2, however, there are specific design changes on the outside, and it is said to be slightly taller than the flagship.

Samsung has announced the W21 5G smartphone in collaboration with the Chinese telecom firm. Hence the device is slightly tweaked, meaning there is no E-SIM option and instead the user gets Dual SIM slots.

Further, the design and finish appear somewhat different though the device features in Gold variant, like the flagship. The new design showcases vertical lines engraved on the gold finishing and the Korean tech giant has ditched its logo and also the Galaxy branding on the rear.

As suggested earlier, the W21 5G carries identical specifications as the flagship Galaxy Z Fold 2. The only difference is that the W21 5G features only a single storage variant that is with 12GB of RAM and 512GB of onboard storage.

Rest of the specs on the W21 5G remain similar to the flagship phone. It has the same 7.6-inches Full-HD+ Dynamic OLED screen. It supports the industry-standard 120Hz refresh rate. The device, when folded utilises the same 6.2-inches Super AMOLED screen. 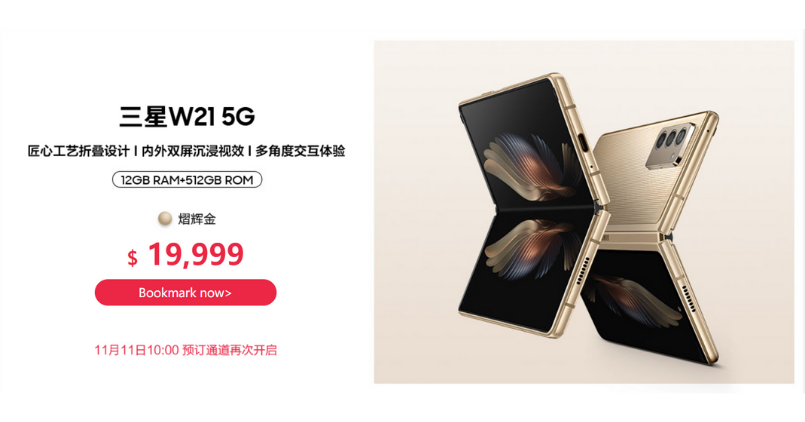 Under the hood, the Samsung W21 5G packs in Qualcomm’s Snapdragon 865+ SoC. The device also features a triple array of cameras on the back. It has the same 12MP primary lens, followed by 12MP ultra-wide lens, and 12MP telephoto sensor as the flagship. The phone also features the same 10MP selfie shooter on the punch hole of the cover display.

Despite being a slightly taller phone than the flagship, the Samsung W21 5G is powered by the same 4500mAh battery, which charges via USB Type-C. It further supports 25W wired charging, followed by 11W wireless charging support.

At this point, the global and Indian availability of the smartphone is still unclear.