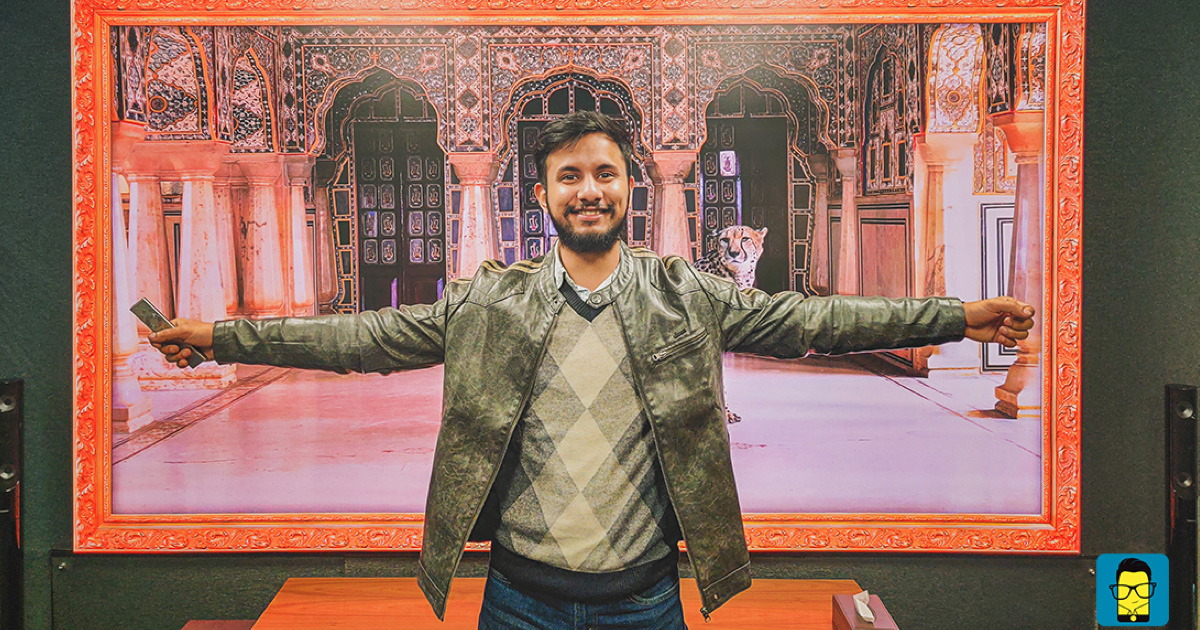 I don’t usually describe a product by calling it a jaw-dropping feat of technology. But, having spent some time with the Samsung Wall – the company’s latest in the premium display space – I’m but lost for words. To know why, read on.

So, let me just address the elephant in the room right away – the Samsung Wall starts at Rs 3 crores and its price is clearly not meant for the faint of the heart. What’s more, that’s ‘just’ the base model of the display which gets you a 146-inch, 4K screen. Now, for all the ballers in the audience, the company also has a 219-inch 6K variant which retails for around 6-7 crores. Finally, there’s the 8K, 292-inch Samsung Wall, which costs Rs 12 crores. To give you some perspective, that’s almost the same price as a Buggati Veyron Super Sport, one of the fastest cars in the world. 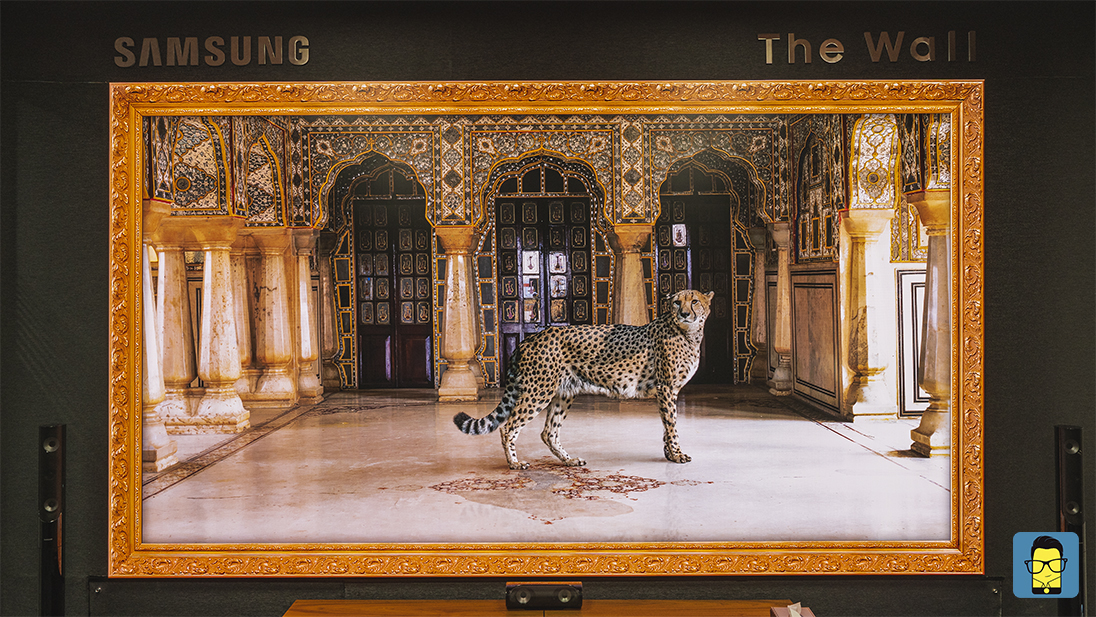 So, why is the Wall so expensive? Well, let’s start with the display itself, which is completely modular. In fact, the wall is made up of 16 grids of blocks which can be readjusted to fit any shape or form. Want an L-shaped display? You can have that on the Samsung Wall. This in-turn lets you use the Wall for decorative purposes too. I know it sounds crazy, but the display comes with a decked-out ambient mode which lets you select a wallpaper, customize it by tweaking the colours or adding a frame and then use the image as a massive painting. And, before you ask whether you can see the grids that make up the Wall, then the answer is both, yes and no. You’ll only be able to see the grid lines with the display turned off and even then, only at certain angles. 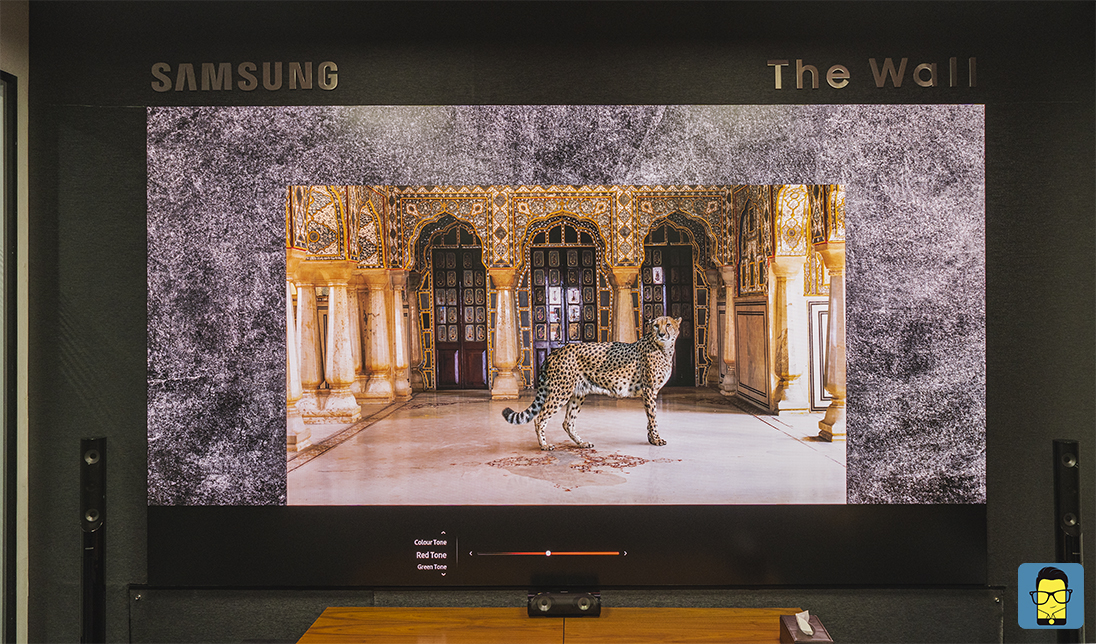 Another reason why the Wall is so expensive because it offers a viewing experience that is unrivaled in the display space. Now, firstly, you won’t get a display that’s this big in size which essentially leaves you with either – buying a projector or, the Samsung Wall. Now, while a top-notch projector will be considerably cheaper, it will not have the same picture quality as the Wall. Why? Well, on one hand, you’d need a massive room for a long throw projector to ‘’project’’ a 146-inch screen. The Wall, on the other hand, can be fit into a significantly tinier place. Secondly, the Wall outputs picture at 2000 nits. Now, compared to projectors, which measure their picture output in lumens where 1 nit = 3.4 lumens, you’d need a projector with an illumination worth 6,582 lumens to output a photo as bright as the Samsung Wall.

And, even if you can match all the specs of the Wall, the best projectors in the business deliver a shelf life of at most 50000 hours. The Wall, on the other hand, lets you use it for 100000 hours. 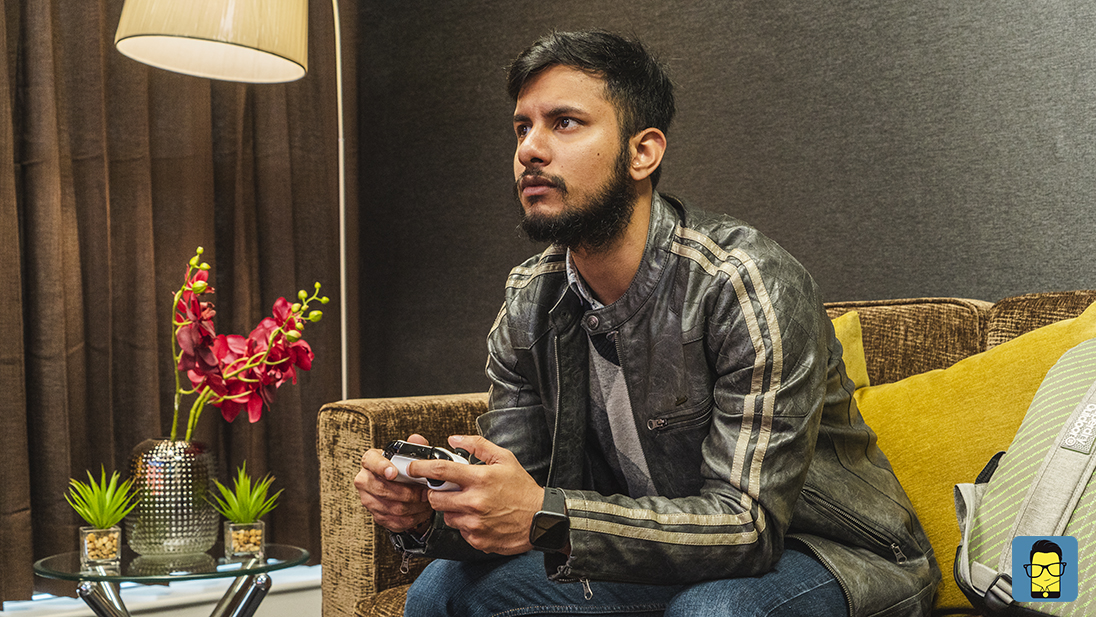 Then, there’s the picture quality and Samsung has put in a lot of effort to ensure you get the best possible visuals out of the Wall. Firstly, as mentioned previously, you can buy the Wall with either a 4K, 6K or 8K screen. Secondly, the Wall makes use of the company’s Black Seal technology, which essentially, is a coating on top of the display. You see, owing to the darker base, the Wall can output pictures with significantly deeper blacks and a much higher contrast level. It also protects the display from smudges, moisture and even reduces the glare you see on the panel. The display also comes with the company’s Ultra Chroma Technology, which works in tandem with the set’s MicroLEDs to offer a more vibrant and purer colour output. Last but certainly not the least, a display of this pedigree wouldn’t be complete without HDR support so you get HDR10+ with the Wall too. 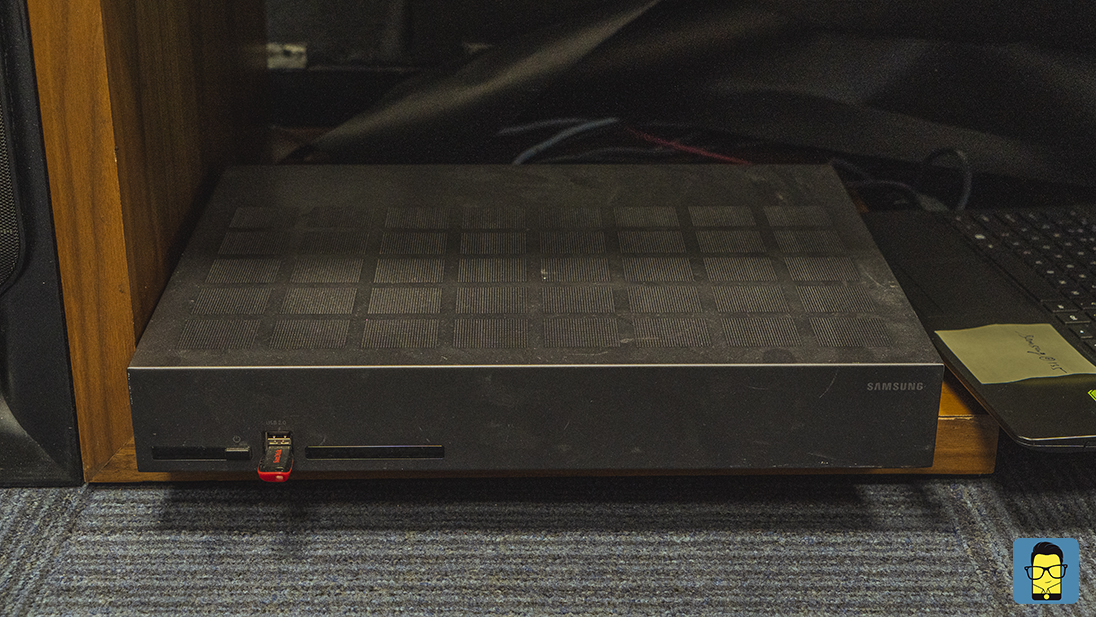 Now, there are no ports on the display per se, and everything that you see on the screen is brought to life with a bundled accessory called the M-box. The M box houses all the necessary ports required for a display to connect to devices like your DTH setup box, or a gaming console. Moreover, the unit also houses the display’s AI engine in the form of Quantum Engine Flex which is essentially responsible for edge restoration and noise reduction of a low-res input to make it seem like it’s a higher resolution file. 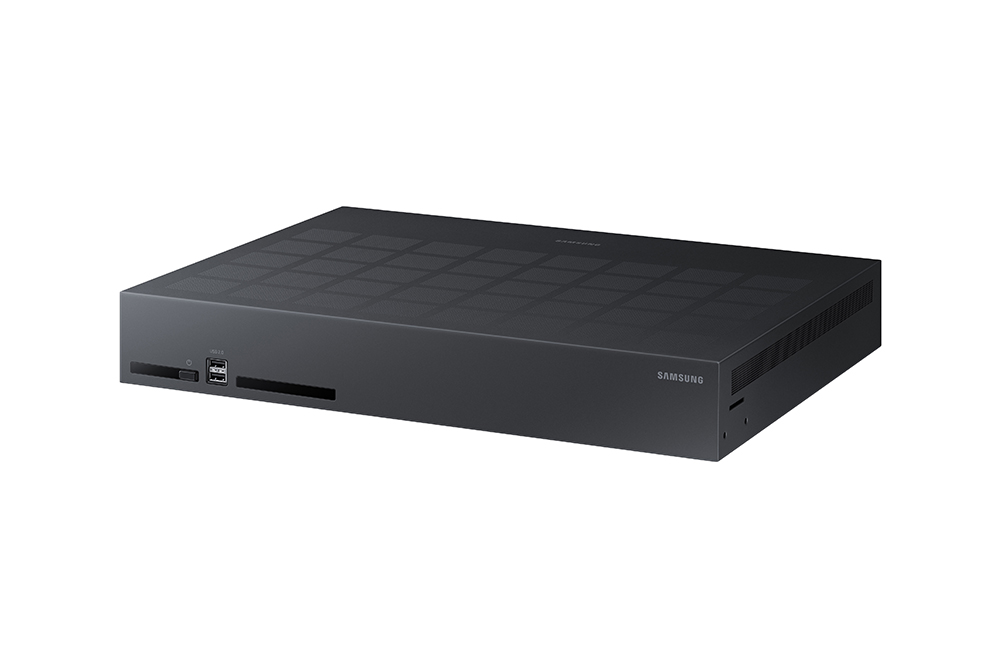 In the brief time I spent with the display, I was in awe of its picture quality. The blacks looked menacingly dark, the colours looked punchy and the sheer size of the display made the experience no less than watching a movie in a theatre. Playing games on the set had its own appeal too and while I did notice a slight latency issue whilst playing Forza Horizon on the Wall, I didn’t really care much for it because I was just having the time of my life playing it on such a massive screen. And yes, before you ask, the Wall does support a 4k, 120Hz output, which is great, provided your console or PC can output as many frames at that resolution. 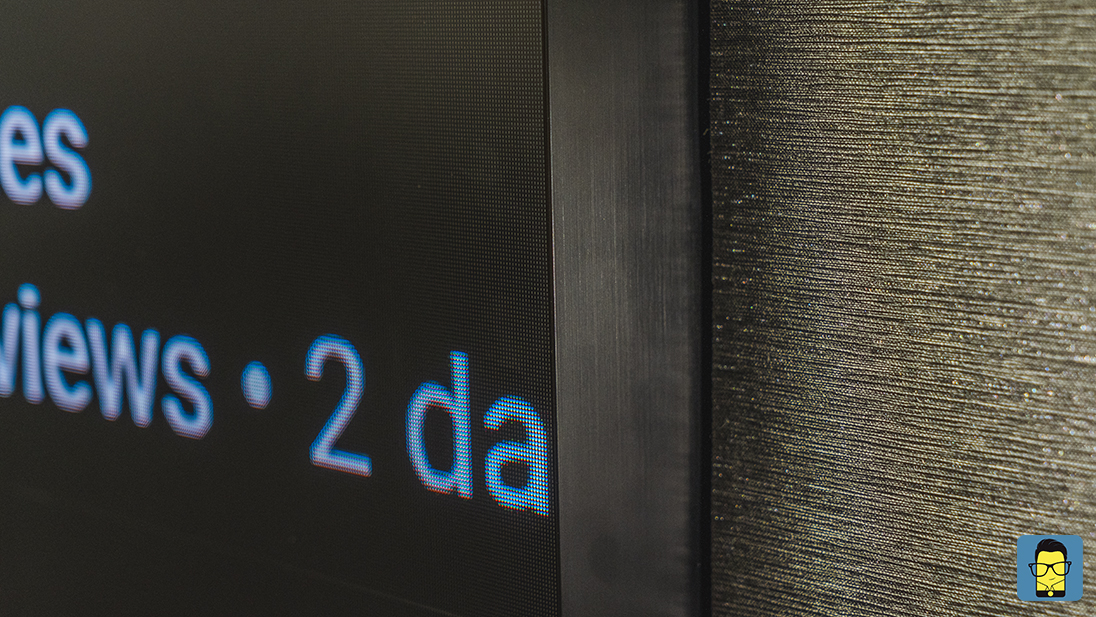 So, what are the pros of buying the Samsung Wall? Well, of the top of my head, you’ll never have to go to a theatre, ever again. You’ll get an incredible display that can literally double up as a fine work of art and you can set it up in any shape or form. Moreover, say a part of the display dents or scratches – well, you don’t have to replace the entire thing and you can just change the module which got affected. 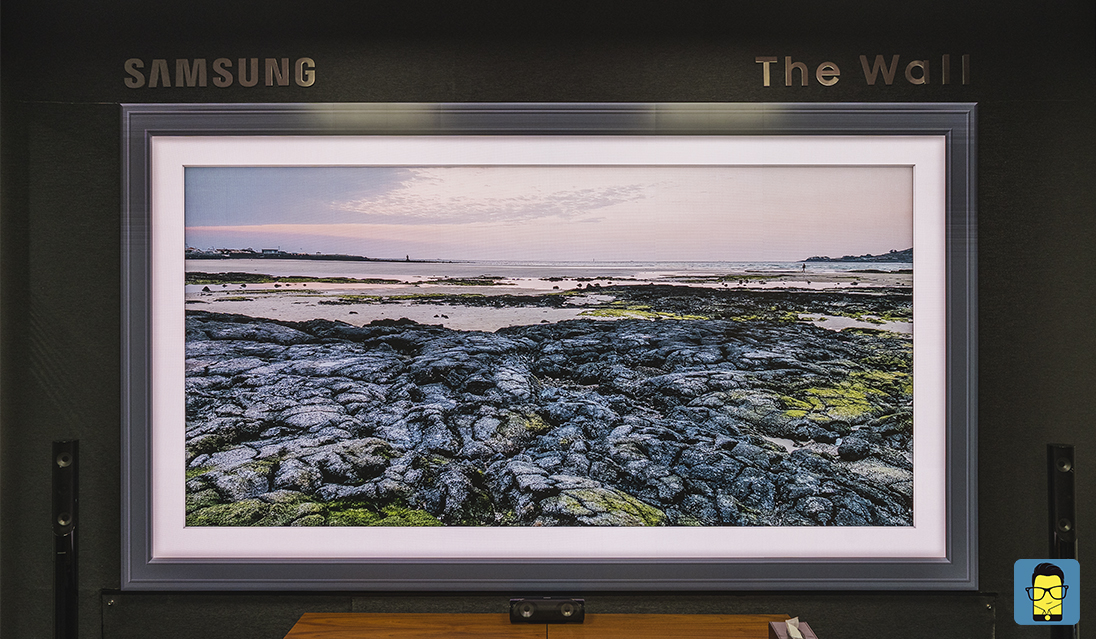 As for the cons, well, the price of the display is not for the faint of the heart. Moreover, the display doesn’t come with its own audio solution. Yep, you heard me, there are no speakers on the unit so you’ll have to get that on your own. The Wall also doesn’t upscale any content to 4K or 6K or 8K right now. Now, while there’s plenty of 4K content to go about, 6K and 8K media are still in their infancy so, you might find it hard to actually use the display’s super high resolution. And, then there’s the fact that the display gets a little toasty as the Active LED matrix pushes out considerable heat.

But you know what? For its current asking price, the Wall is ungettable for most of us. However, it does give us a glimpse into the future where hopefully, modular, high-quality displays will be doing the rounds in everyone’s drawing-room.