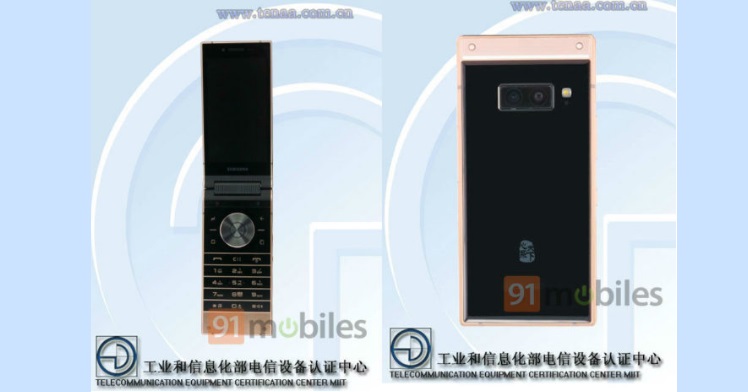 Samsung releases its flagship flip phone in China every year. The Samsung W2019 as it is called has now been leaked on TENAA certification site, showing images and spilling a few beans about itself. The codename of the phone is “Lykan” and just after receiving certification from Wi-Fi Alliance and Bluetooth SIG, it has now been spotted on TENAA.

The Samsung W2019 has a model number of SM-W2019 and it certainly leaves nothing to the imagination as far as the name is concerned. The certification has revealed only the alleged images of the upcoming flip phone. Its design seems to be different than the previous flip phones made by Samsung. 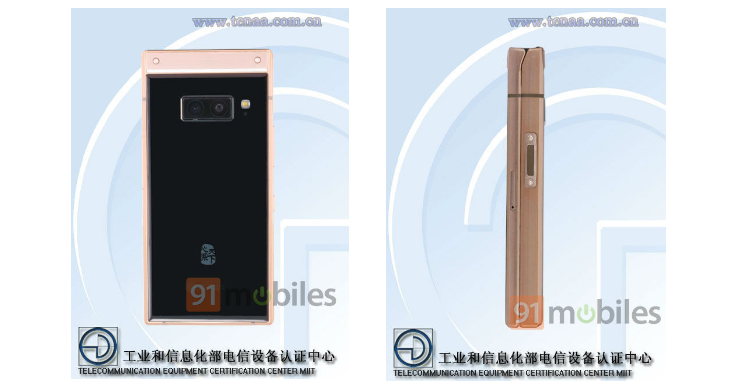 The Samsung W2019 has been shown to have a golden coloured variant. It also has two screens – one on the outside and another on the inside. On the back, we can see a dual camera setup accompanied by an LED Flash but we still can’t vouch for the material used in making the panel. It seems to be either glass or metal. Speculations are betting on the former and only time will tell if they are right. The images also show a T9 keypad with a home button and recent apps button. However, we couldn’t spot a fingerprint sensor on the device. This means that the reader is likely to be placed on the side of the Samsung W2019. Hardware-wise, we can expect the W2019 to run on the latest Qualcomm Snapdragon 845 octa-core processor.

This is all we know about the phone as of now. Do you believe this information? Let us know in the comments section below. Stay tuned to Mr. Phone for more updates.