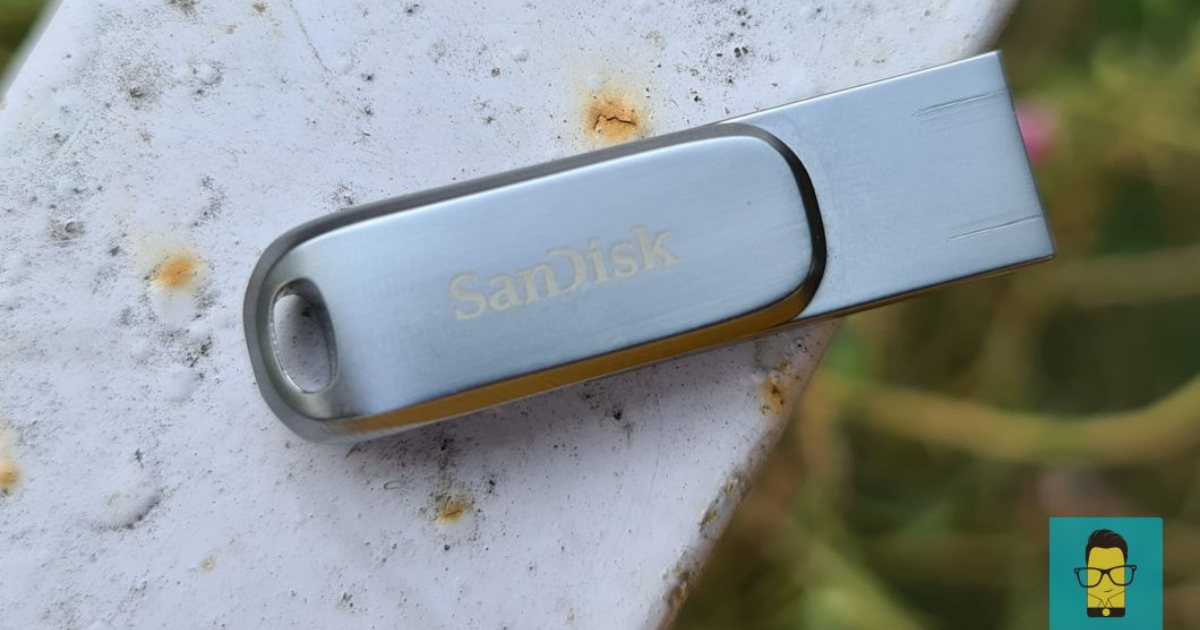 I review phones for a living and while I enjoy the process of unboxing and using a new handset every other day, I dread transferring data from one daily driver to the next. Although I have most of my files stored on the Cloud for ease of access, restoring multiple gigabytes of WhatsApp media and transferring photos of family and friends which I like to keep on hand is still a bit of a chore. Add to that my reliance on good internet and I am constantly reminded how Cloud-based storage is both, a boon and a curse. 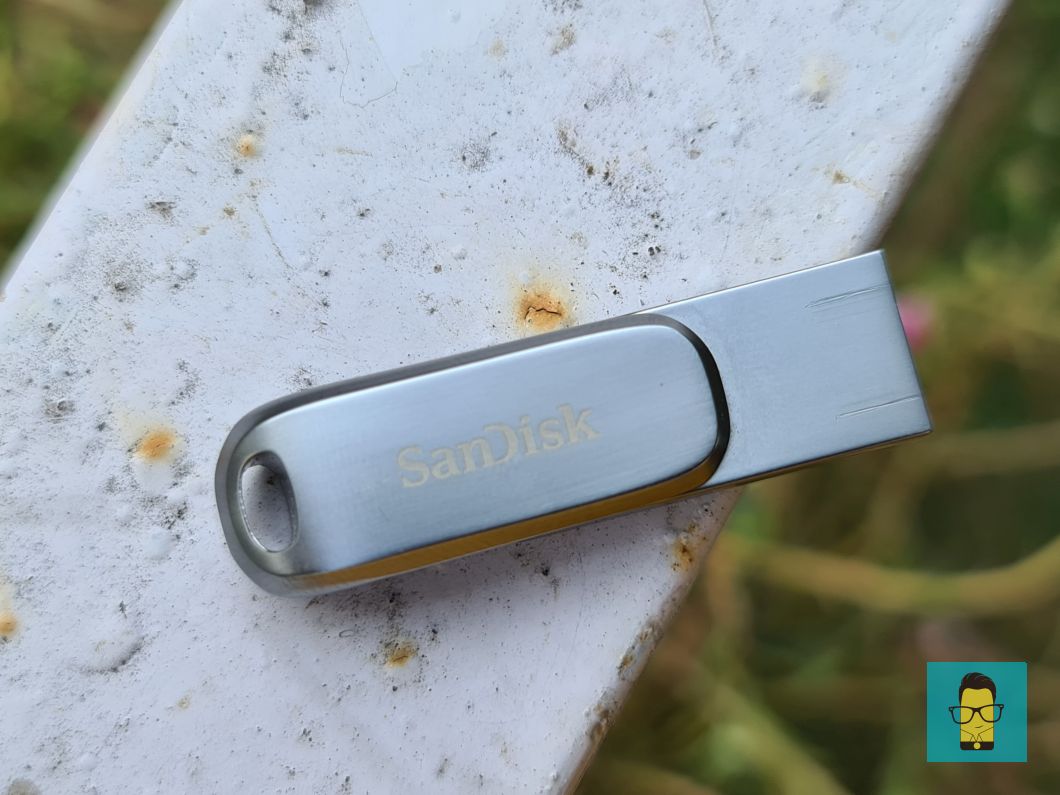 Enter, Sandisk’s latest concoction, the Ultra Dual Drive Luxe which, in my time with it, drastically changed how I go about my routine of sifting data between phones – in a good way. If you find yourself in a similar fix, then allow me to share my two cents on why I feel most would benefit from Sandisk’s Ultra Dual Drive Luxe.

I know talking about a flash drive’s design seems silly, but the Sandisk Ultra Dual Drive Luxe deserves a special mention here and as its moniker suggests, this is indeed a very luxurious pendrive. The unit has been constructed in entirety using metal and it features a swiveling metallic bracket that can be rotated to switch between the drive’s Type-A and Type-C ports. It goes without saying that the drive will be more rugged as compared to its plastic counterparts and will stand the test of time. 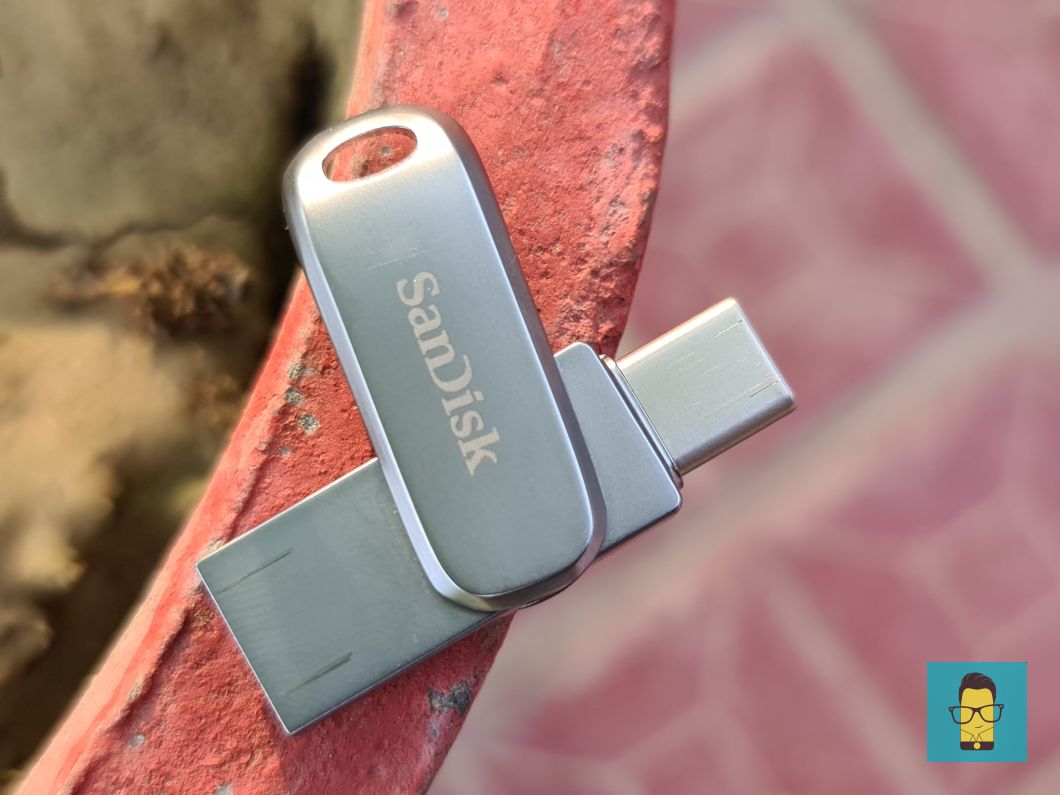 That said, the pendrive does get quite hot, quite quickly owing to its metallic chassis. I noticed that the rising temperatures didn’t bottleneck the unit’s performance, however, it’s something you should know about before you pull the trigger and buy one.

The Sandisk Ultra Dual Drive Luxe comes in various SKUs, ranging from 32GB of built-in storage to 1TB. The review unit sent to me was the base model with 32GB of storage which will set interested buyers Rs 849 back. Clearly, you can get the company’s very own 32-gig CruzerBlade for much less, so what is the fuss all about?

Firstly, much to my surprise, the Sandisk Ultra Dual Drive Luxe comes with a companion app, namely the Sandisk Memory Zone App. Unfortunately, the app only supports Android devices so if you had a brand-new iPad Pro with a Type-C port, you won’t be able to pair it with the pendrive. Moving on though, the app offers a clean and minimalistic UI and lets you copy folders from your phone quite easily. I’d also like to add that the software lets you clear junk files from your phone, and even lets you sort through the clutter that is your WhatsApp media efficiently. In my time with the pendrive, I found myself relying on the Memory Zone App quite an awful lot to seamlessly transfer data to and from the Ultra Dual Drive Luxe. 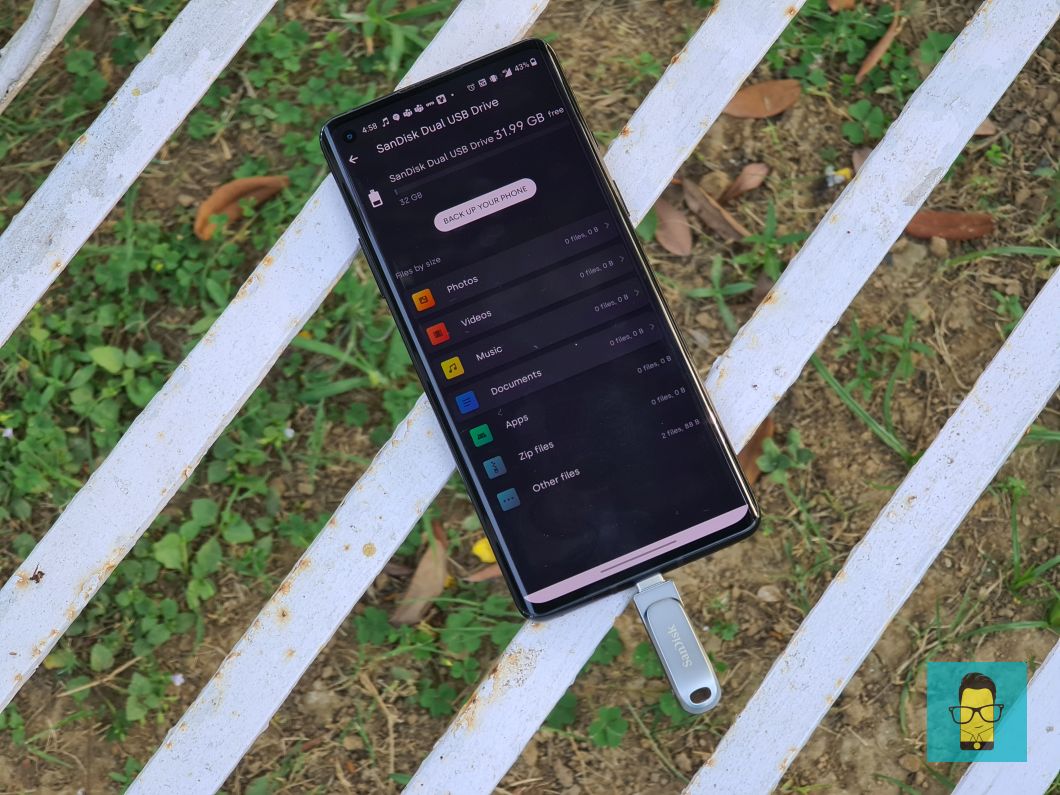 On the whole, the app on offer here is really useful, however, I would like to see an update down the line which would allow users to encrypt certain folders within the pendrive. Oh and a word of caution – the pendrive doesn’t work over NTFS formatting so if you’re unable to access the drive through the app, you might want to format it to exFAT or FAT32. 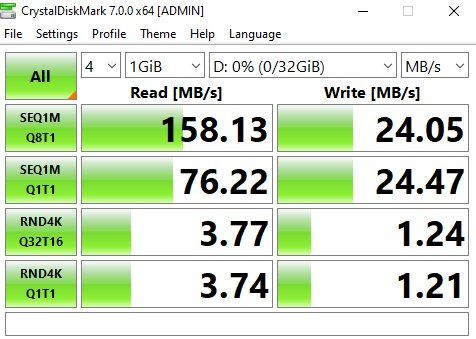 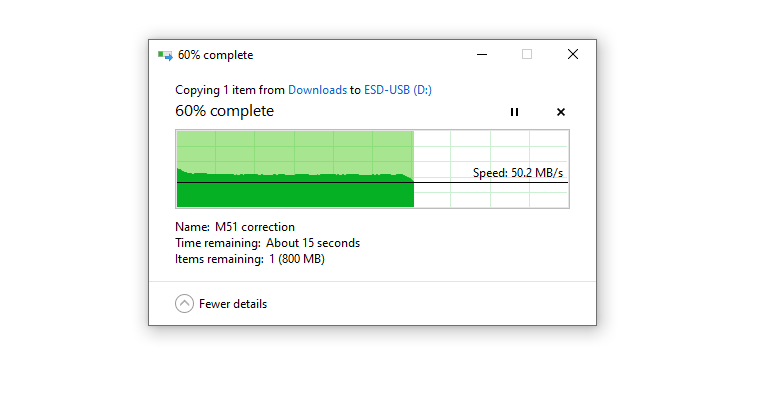 As for its performance, well, the Ultra Dual Drive Luxe delivers here yet again and I got stellar sequential read speeds north of 150MB/s and write speeds in the realm of 25MB/s on CrystalDiskMark. The speeds were in line with what the company had advertised and while Random Read and Write speeds were noticeably lower in comparison – they were still plenty fast for my usage. For instance, I could transfer around 3.5GB of files (photos, videos, and other documents) to the pendrive in just over one and a half minutes.

Sandisk has really struck the ball out of the ballpark with this one and I feel confident in recommending the Ultra Dual Drive Luxe to anyone who juggles multiple devices and needs a fast and compact solution to transfer files. The icing on the cake is that the pendrive is built like a tank too. Do let me know what you make of the drive in the comments below and as always, stay tuned to our blog for more tech coverage.