Home | Reviews  | Sennheiser Ambeo review: one of the most innovative tech products to hit India in a while

Sennheiser Ambeo review: one of the most innovative tech products to hit India in a while 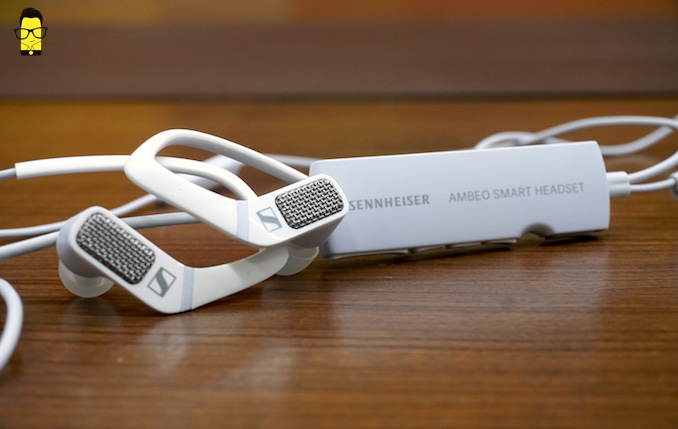 Before I even start with this review, do me a favour and listen to this binaural audio track of a barbershop.

Heard it? Now watch this video I’ve recorded using my iPhone 7 Plus. Please use your headphones.

Yes, the audio recorded in my video is in the same binaural format. What’s the big deal? Well, I didn’t use some complicated machinery worth 1000s of dollars (or lakhs of rupees) to record the audio. In fact, all I needed was a pair of Sennheiser Ambeo Smart Headset to record the whole thing. Intriguing right?

Since the Ambeo is a unique product with very little competition, let’s understand the underlying recording principles and technology before I actually review it.

What is binaural audio and why should you care?

Binaural audio in very simple terms is 3D audio. Sounds from a three-dimensional space are recorded onto a track. The best part is that all these sounds are still recorded in stereo audio. What this means is that you can use any pair of earphones or headphones to listen to a binaural recording or 3D audio.

To elaborate further, binaural literally means using both ears. A binaural recording is at its core a reproduction of how the human hear perceives sound around the world. It is the purest and the most natural way to listen to and record audio. 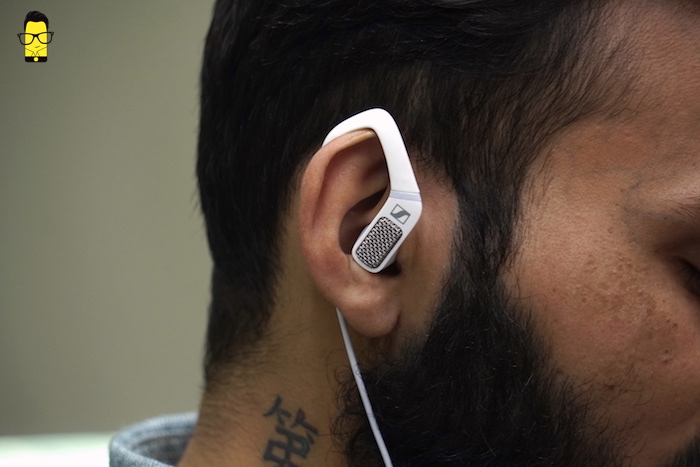 In case you want to record binaural audio, you need something known as the Fritz, which is essentially a dummy rubber head. Two microphones are inserted into the inner chambers of the Fritz, which then listens to the sounds around and records it in 3D audio.

So how does the Sennheiser Ambeo work?

Evidently, recording using a high-end professional fritz setup is expensive business. And, Sennheiser wants to democratise the whole process by introducing the Ambeo Smart headset. With the help of Apogee electronics – an expert in the field of creating audio interfaces for Apple products – Sennheiser has tuned the Ambeo to work well with the iPhone, and the iPhone only.

At its core, the Ambeo is a pair of wired earphones fitted with omnidirectional microphones. Since it connects only with iPhones at the moment, the Ambeo has an MFI-certified lightning cable. However, Sennheiser is mulling on introducing the Ambeo to Android phones with a USB Type-C port. 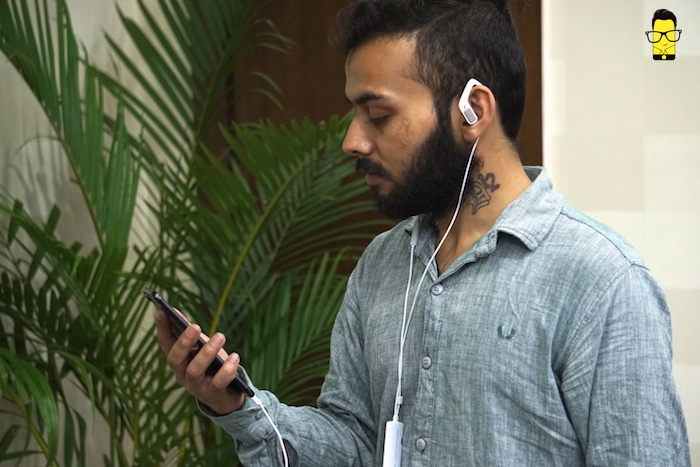 Once you wear these headphones on your head, you can immediately record binaural audio on supported apps on your iPhone. During my testing it worked with these apps: voice recording, default iPhone camera app in video recording, Apple Clips, and Twitter.

The entire processing module for the audio recording and listening, is housed inside a massive module that sits below the Y-split. Inside this module is Apogee’s proprietary soft limit, mic preamp, and digital to analogue and analogue to digital converter. It also includes the noise cancellation circuitry. Yup, the Ambeo comes with noise cancellation tech as well.

The module is also choc-a-block with controls. You get all the music controls, including volume control. There’s also an option for you to switch between natural level and reduced level mode. Sennheiser has provided a reduced level recording for high noise areas like concerts, where maximum audio clipping is bound to happen. 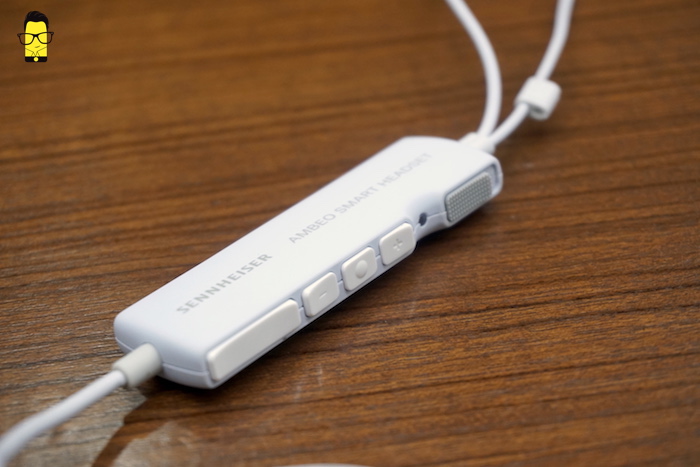 What about the fit?

As far as the fit is concerned, the ear hook design gets fatiguing after a while. But thanks to this design the module attached to the earphones don’t feel heavy and it doesn’t weigh you down. Furthermore, Sennheiser has done an excellent job in ensuring the Ambeo doesn’t struggle with microphonics.

Is the audio recording any good?

The primary job of the Ambeo is undoubtedly binaural audio recording. While I have no concrete method to test if the recording quality is good, I can tell from experience of using other mics that the Ambeo is distinctively unique. One thing I noticed while recording audio is the microphones are sensitive to sounds when they are close to your ears. The audio recording has the capability to trigger an Autonomous sensory meridian response (ASMR). Allow me to explain.

Remember the virtual barber video? Did you feel a tingling sensation down your spine when the barber starts snipping at your virtual hair? That sensation is called ASMR, it is a tingling sensation on your skin that starts at your scalp and terminates at the back of your spine. In my testing, the Ambeo can replicate this feeling with consummate ease. Additionally, recording in an external environment recreates all the surrounding sounds, and that’s when things get interesting. I shot inside a coffee shop using my phone, and every little sound from the brewing of coffee to the human chatter was captured accurately. The ability of the earphones to place these sounds in your head is also exceptional. You are bound to be wowed every single time you hear the audio recordings. It feels surreal. 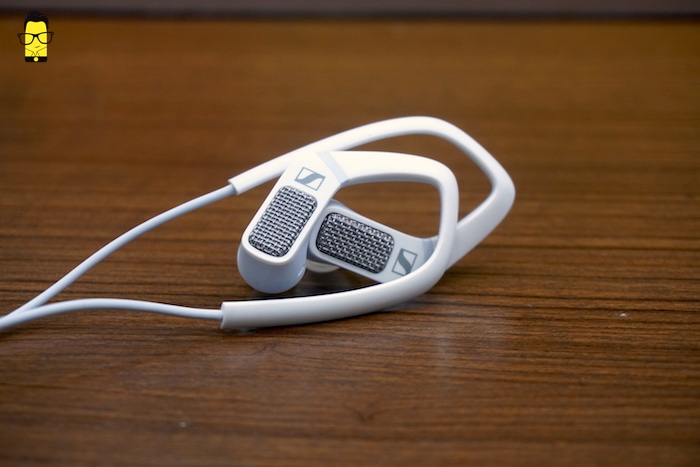 On the other hand, the reduced level mode to record concerts is a godsend. It records audio with such finesse that it sounds extremely professional, like some heavy-duty mics were recording the whole event. Such kind of recording chops are impossible on a regular smartphone or even high-end DSLRs.

What about the earphones? Do they sound good?

It is easy to forget that the Ambeo is also a pair of earphones. And, these earphones are tuned for accuracy than a fun, musical sound. The sound is clinical with tight bass response and a good control over the treble as well. Also unsurprisingly, the sound is spacious and wide. You get great instrument separation too. It might not be a sound signature for everyone, but it is great for the purists.

However, the noise cancellation on the Ambeo left me wanting for more. It was feeble at best. Thankfully though, noise cancellation doesn’t end up creating a coloured sound (like a lot of other NC headphones do) and there are no tonal differences as such.

Should I buy the Sennheiser Ambeo?

For new-age video producers and vloggers using a mobile phone to record videos (or even a professional camera) the Sennheiser Ambeo offers a completely new dimension to sound recording. Making videos with a three-dimensional audio creates an experience that is thrilling to say the least. Every time I demoed the Sennheiser Ambeo to an unsuspecting colleague or friend, their immediate reaction was priceless.

Undoubtedly the Ambeo is a one-of-a-kind pair of earphones in India and currently, it has no competition as such. But globally, the Hooke Verse is an alternate product that has received some traction too. The advantage of the Verse is that it is entirely wireless, and works with any device like a phone, a DSLR, an external recorder, and more. It is also priced lower than the Ambeo, which gives it yet another advantage. Although, the Verse is not available in India officially but you can ship it to the country if you wish to. I haven’t heard the Verse yet, so I will reserve my judgement on its audio prowess for now.

All things considered, I still think the Ambeo is not a mass-market product. It is meant for serious content creators with a creative bent of mind. And in my opinion, the price of Rs 19,990 for the Ambeo seems legit for a creation and consumption tool like the Ambeo. Good job Sennheiser, I am eager to see where this tech is headed.