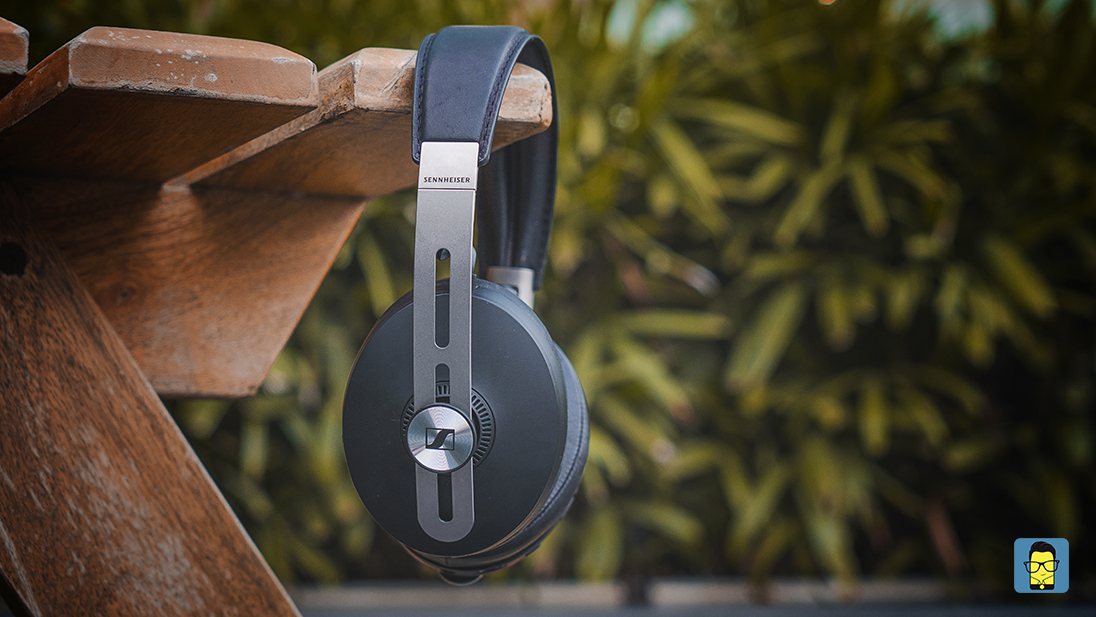 Right on the heels of the launch of the neckband-style IEMS – the IE80 S, Sennheiser has launched another pair of headphones in India already. This time, it is the Momentum Wireless 3, Momentum 3 Wireless or Momentum Wireless 2019 Edition. Well, whatever you want to call it.

What I care about is the Momentum sub-brand is known to have a great sound signature. And, interestingly, this is the first time I am actually testing a pair. So, I am definitely excited. Let’s find out if they are worth the price and if they can live up to the hype.

Sennheiser doesn’t skimp on the premium-ness and you can see that the moment you open the box. While the soft cloth case looks nice, there is no denying that it looks like a tiffin box. And, for this price, I would’ve ideally liked a hard case. As for the rest of the accessories, you get a 2.5mm to 3.5mm cable and a Type-C to Type-C cable for charging. The 2.5mm insert into the headphone is a bit of a letdown but otherwise, the package contents are wholesome. 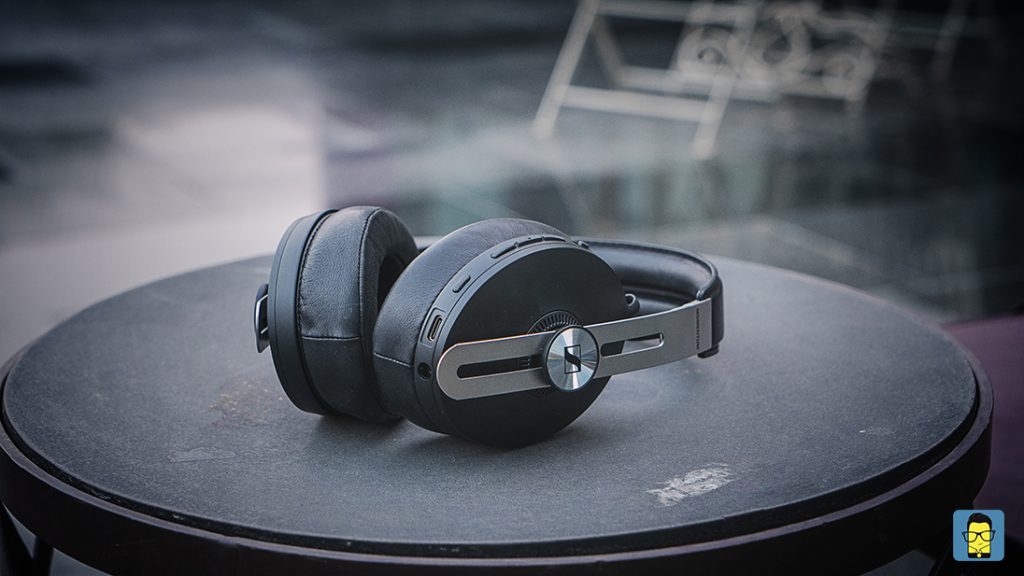 As for the design of the Momentum Wireless, it is as premium as the packaging. You get an exquisite mix of hard plastic, metal, and genuine leather. The earcups and the head strap are made of plush leather. Whereas, the hinge is made of metal. The headphones have a fair bit of flex and can easily take some strain which should help them withstand the test of time. Now, with this sturdiness comes a bit of heft. At over 300g, these are heavy on the head. I prefer lighter headphones. Thankfully, the clamping force is not too much even for my big head. But yes, over longer listening sessions the weight can be a bit much and the leather cups can cause some heating in your ears. I feel the Bose 700 is far more comfortable in comparison.

Another thing I noticed while testing is that I couldn’t get a tight fit even in the tightest hinge setting. And, this caused a very peculiar problem while listening to music. So, here’s the thing, the Momentum Wireless comes with an automatic pause feature when you take off the headphones. It is the most responsive “automatic pause” feature implementation that I have used to date. However,  since the headphone doesn’t fit me perfectly, the Momentum Wireless would keep pausing the song even if I moved my head slightly. It was so annoying that after a point I shut it off from the Smart Control app. 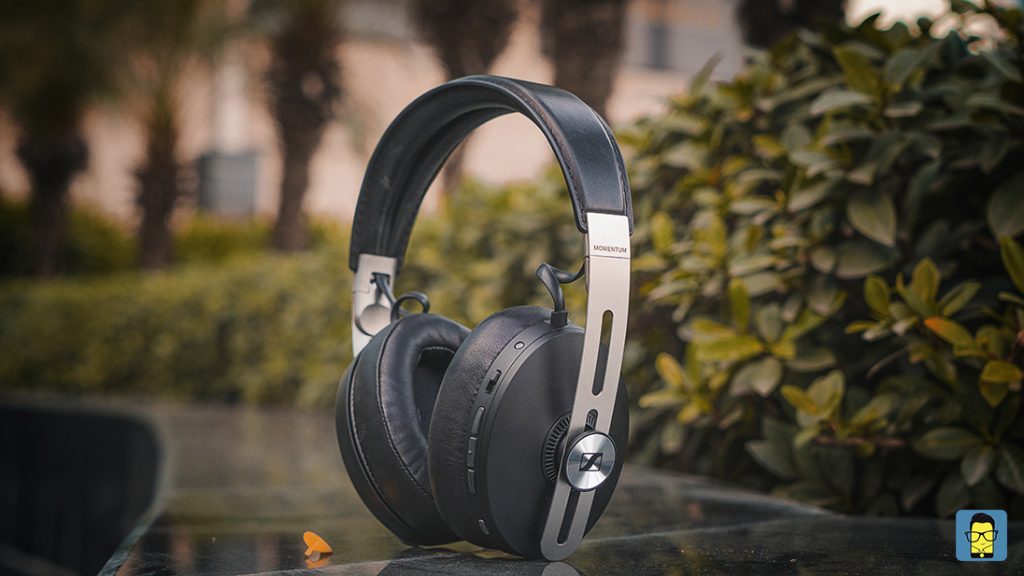 While we are the topic of controls, I do like the fact that you have a neat array of buttons on the right earcup. At the top, you have a slider that cycles through the noise cancelling levels: on, off, and transparent hearing. Below that, you’ll find the play/pause/answer calls button sandwiched between the volume up and down buttons. And, as is the case with most modern headphones, the last button can help you invoke the voice assistant of your choice. Long pressing this button also puts the Momentum 3 Wireless in pairing mode.

I really got accustomed to the layout very fast. And, I actually do prefer Sennheiser’s idea to go with a solid layout of physical controls along with a few automatic ones. For example, the only way to switch off the headphones is by actually folding it. How cool is that now?

The Momentum 3 Wireless uses the full potential of the Bluetooth 5.0 connectivity standard and allows you to connect to two devices at once. I had so much fun switching sources between the MacBook Pro and my smartphone on the fly. It was almost seamless. As for the audio codecs, the Momentum 3 Wireless supports aptX and aptX low latency as well. 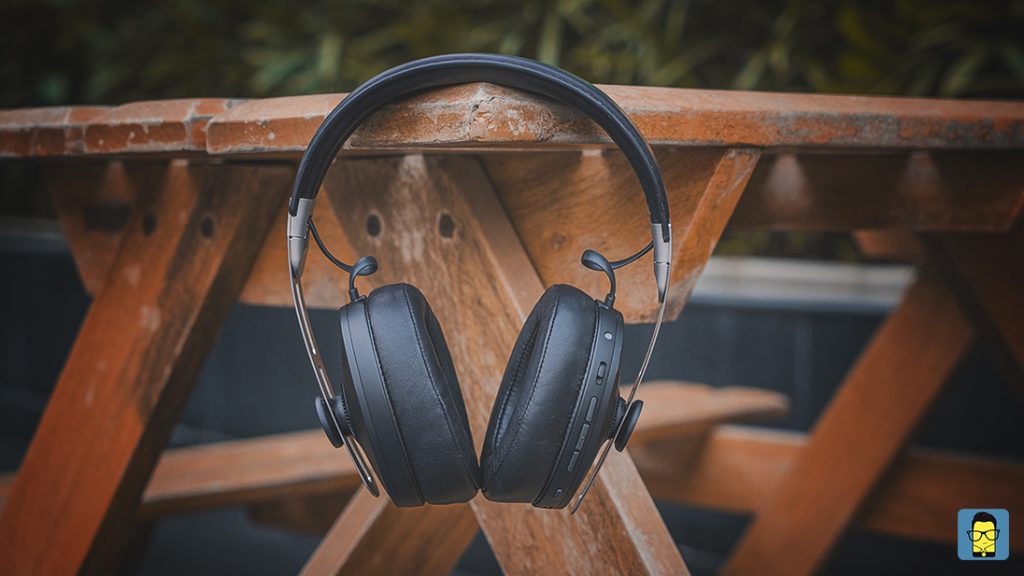 Now, the sound signature is one that is mostly neutral across the mid-range and the high-end but with a significant boost in the bass. You can feel the rumble in the mid-bass and sub-bass sections in songs like Sage by Ritviz and Mucho Macho by Divine. The mids are exquisite when you listen to artists such as Benjamin Clementine and Adele sound so good. In fact, Billie Eilish’s throaty whispers were reproduced clinically her song come out and play and I particularly enjoyed the dynamics in the whole song. The instrument separation is very good as well.

It is a clean sound for the most part and while you have a big bass sound dominating the soundscape it doesn’t overpower the other frequencies letting them exist in their own space. My grouse with the sound signature is the soundstage. It doesn’t have a huge soundscape that you can experience in other similarly priced headphones. The best way to describe the sound is these headphones sound like 2 speakers inside a soundproof room rather than a big concert hall. 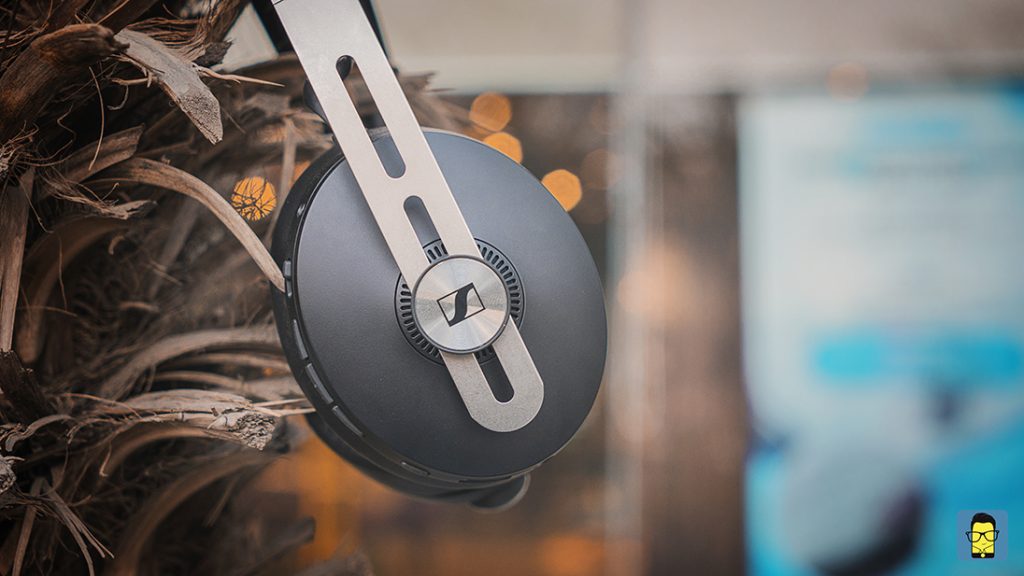 Another issue is there is a considerable sound leak at high volumes. This is an issue inside a quiet airplane, which is where I expect most buyers to use these headphones. Why? Well, because it comes with Active Noise Cancellation (ANC). The ANC is good enough for reducing the consistent hum of an airplane engine but it can’t do much to reduce human chatter.

That’s where the Bose 700 and the Sony WH1000-XM3 distinguish from the rest. Having said that, I don’t feel the deep vacuum created by these headphones on the Momentum 3 Wireless. Plus, subjectively, I feel the Momentum 3 Wireless sounds better than those two. Yes, the Beyerdynamic Lagoon ANC and the Bowers and Wilkins PX do sound equally good, if not better. 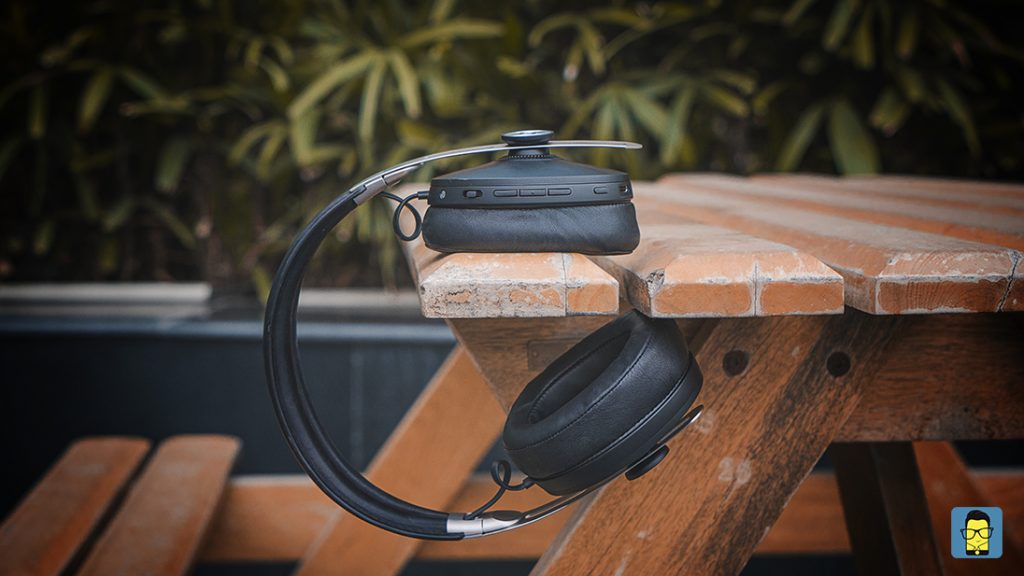 Now, coming to the call quality. It was pretty average at best. The person on the other end kept complaining about low voice. And, the battery life is rated for 17hours of playback on a single charge. I got around 16 hours. This is not the best out there, but it is good enough. The Sony WH-1000XM3 can last at least 24 hours in comparison.

Should you buy the Sennheiser Momentum 3 Wireless?

So, the Momentum 3 Wireless is priced at Rs 34,990. It’s got an attractive design, a bass-heavy yet clinical sound signature, and some cool connection tricks up its sleeve. However, the market is pretty saturated now and it’ll all boil down to brand perception. I’ve noticed that when it comes to ANC most folks stick to either Bose or Sony. That said, Sennheiser has a stellar track record as a brand that delivers great audio products as well. So, I am sure, at least in India, folks looking for a pair of ANC headphones should take a look at the Momentum 3 Wireless. 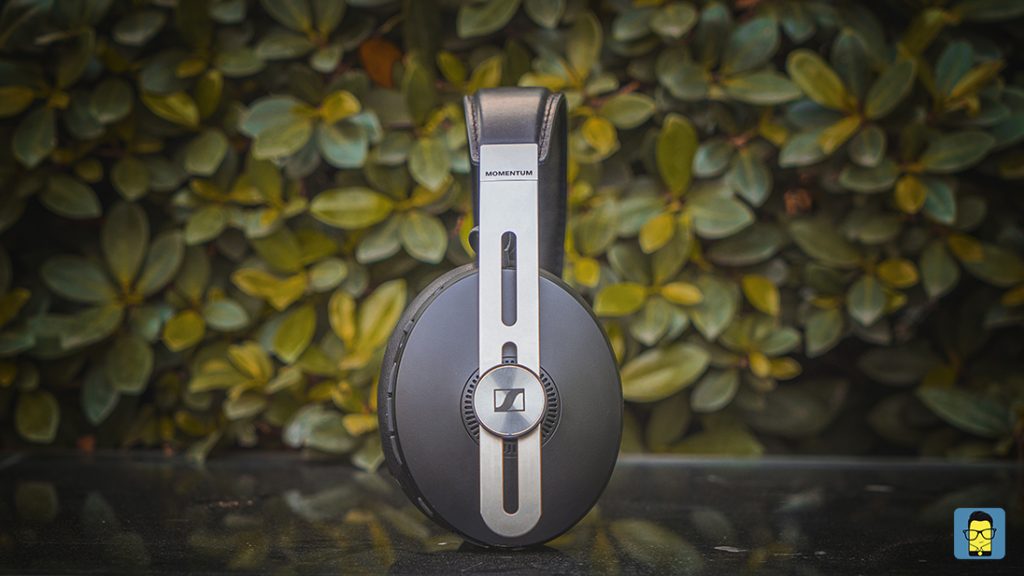 But, here’s the thing, you SHOULDN’T be buying the Momentum 3 Wireless if ANC is your priority. You must buy it if good sound is what you value. Because, the upgrade to Sennheiser’s dedicated ANC headphones – the PXC550 – has already received a second iteration and is expected to land in India soon.

So, what do you guys think of the Sennheiser Momentum 3 Wireless? Do let me know in the comments section below.