Home | Tech News  | Smartphones to be more expensive in India as govt. hikes GST rate from 12% to 18%

Smartphones to be more expensive in India as govt. hikes GST rate from 12% to 18% 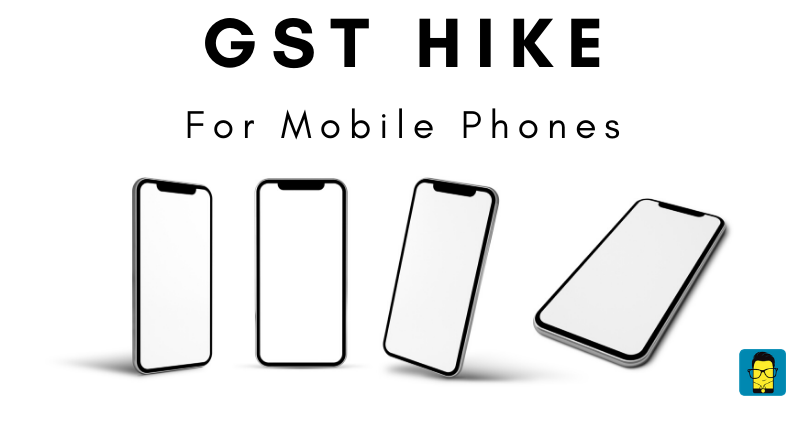 Soon smartphone buyers in India would have to pay extra bucks to buy their favourite smartphones. Today in New Delhi at a GST Council meeting, chaired by union finance minister Nirmala Sitharaman, has announced the increase of GST for mobile phones from 12% to 18%.

It is interesting to note that currently, the government levies a 12% GST rate for mobile phones, while its inputs are taxed at 18%. But that is all about to change with the new announcement, where the council has deferred the proposal of hiking rates for fertilizers, footwear, and textiles.

Should smartphones buyers be worried?

We have earlier seen the companies adjust their handsets pricing according to the market economics set by government bodies. It may not really come as a surprise if they do it this time as well. The hike in GST could only mean one thing for users, they would have to shell out extra bucks to buy their favourite smartphones.

The retail body, AIMRA, All India Mobile Retailers Association, has weighed in their opinion about this announcement by the government. “An increase of 6% GST will break the crippling mobile retail industry, already burdened with low margin business in today’s scenario and fighting for rightful existence,” said Arvinder Khurana, National President, AIMRA. “The increase of 6% would directly lead to the hike in prices of product, impacting the consumer behavior leading to a slowdown in the demand affecting the business adversely.”

That is up until now. This hike in GST may cause brands with lower margins to shift their pricing. Especially with the pricing war going on in the market between the likes of Xiaomi and Realme. What do you think will be the reactions of OEMs in India? One more thing is sure, the Make in India initiative could take a hit on all of this. As many smartphones brands now have factories in India.