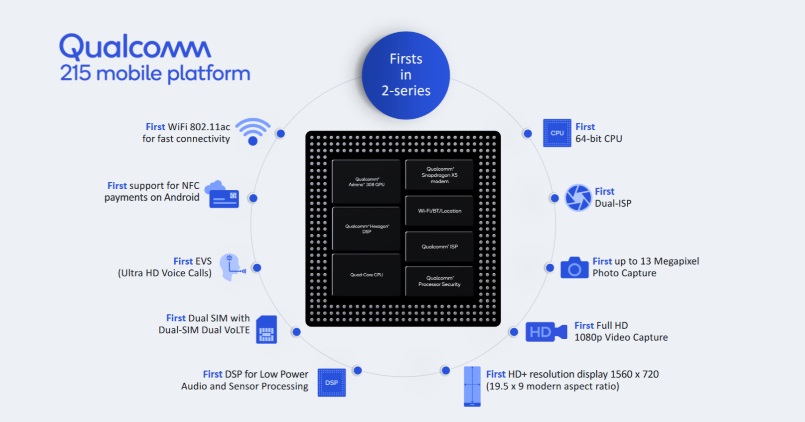 Qualcomm is the leading chipset manufacturer when it comes to smartphones. In fact, the company’s Snapdragon chipsets are found in smartphones, smartwatches, and what not. For smartphones, the company has the 2xx series for entry-level budget smartphones. The Snapdragon 212 has been a widely used chipset from the company. However, it might amuse you to know that the chipset was launched all the way back in 2015. Clearly, an update has been long overdue. And guess what, it is finally here. Qualcomm recently announced the Snapdragon 215 SoC, their first 64-bit chipset in the entry-level segment. So, how does it fare off against its competitors? Let’s find out.

So far, there is no word as to when we will get to see devices featuring Qualcomm’s latest entry-level budget smartphone. However, Qualcomm notes that the 64-bit support for the apps will be coming starting 1st August. As such, we expect the devices to come around the same time as well. Nonetheless, stay tuned to Mr. Phone, as we will update you as and when a new device with the Snapdragon 215 pops up.