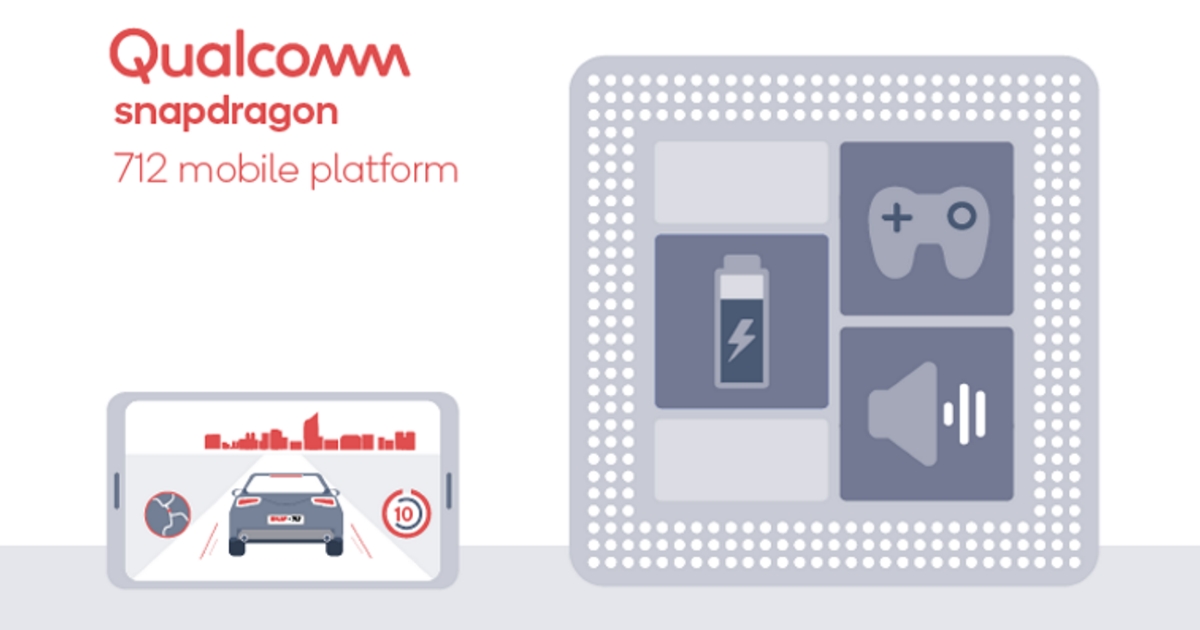 Qualcomm has officially launched the Snapdragon 712 processor. The company claims that it has a faster octa-core processor. It has 8 Kryo 360 cores, but it runs them at a higher 2.3GHz clock frequency. Based on a 10nm architecture, it also comes with the Qualcomm Adreno 616 GPU and the Qualcomm Hexagon 685 DSP. There’s also support for Qualcomm Quick Charge 4+. Not to forget, better Bluetooth audio with TrueWireless Stereo Plus and Broadcast Audio technologies.

As you can see from the table above, the 712 is all but a slight improvement over the existing Snapdragon 710. The company claims that it offers a 10% boost over its predecessor, which seems apt. Apart from the Quick Charge 4+ and an ever-so-slight increase in the clock frequency, there isn’t much separating the two processors. As such, in the test for Snapdragon 712 v Snapdragon 710, the difference isn’t major. Nonetheless, we should start seeing devices sporting the Snapdragon 712 later this year.