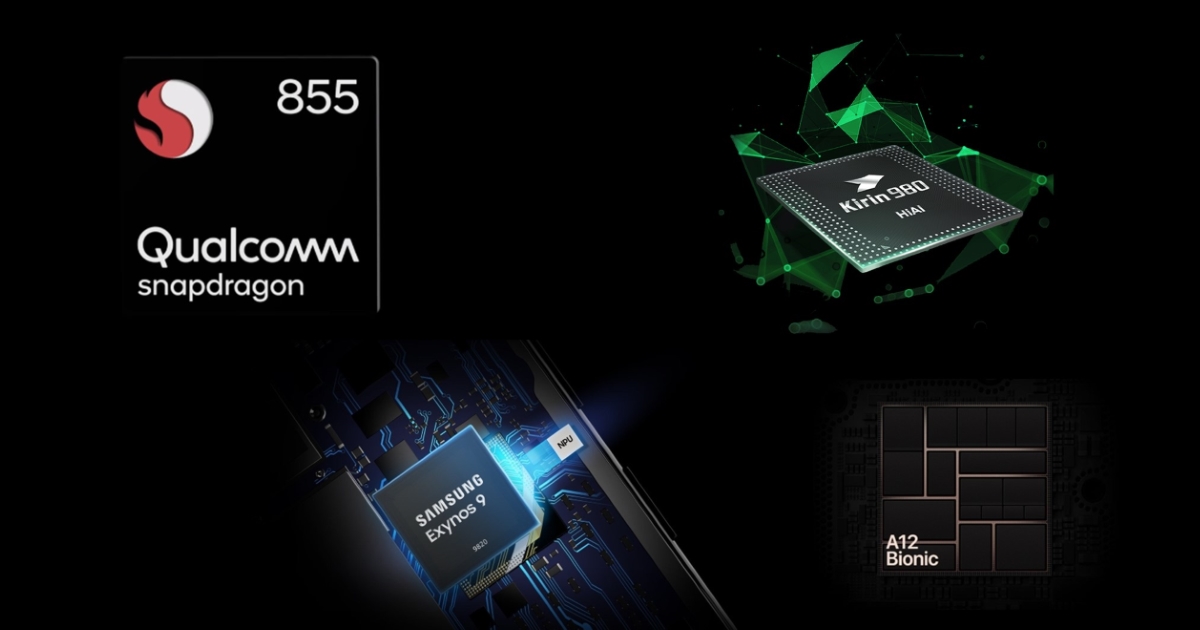 Qualcomm recently announced the Snapdragon 855 processor, after it was previously leaked ahead of its official launch. The new chipset brings forth a ton of new features such as 5G, a dedicated NPU, and improvements for performance and entertainment. But how well does it stack up against its competition? Huawei launched the Kirin 980 which is already there on the Mate 20 Pro. And Apple has launched the A12 Bionic on the iPhone XS. While the Galaxy S10 is in the works, it will be sporting the latest Exynos 9820 processor. Now, while we’ve already seen the Snapdragon 845 being crushed by these three chipsets, let’s see what the Snapdragon 855 has to offer. 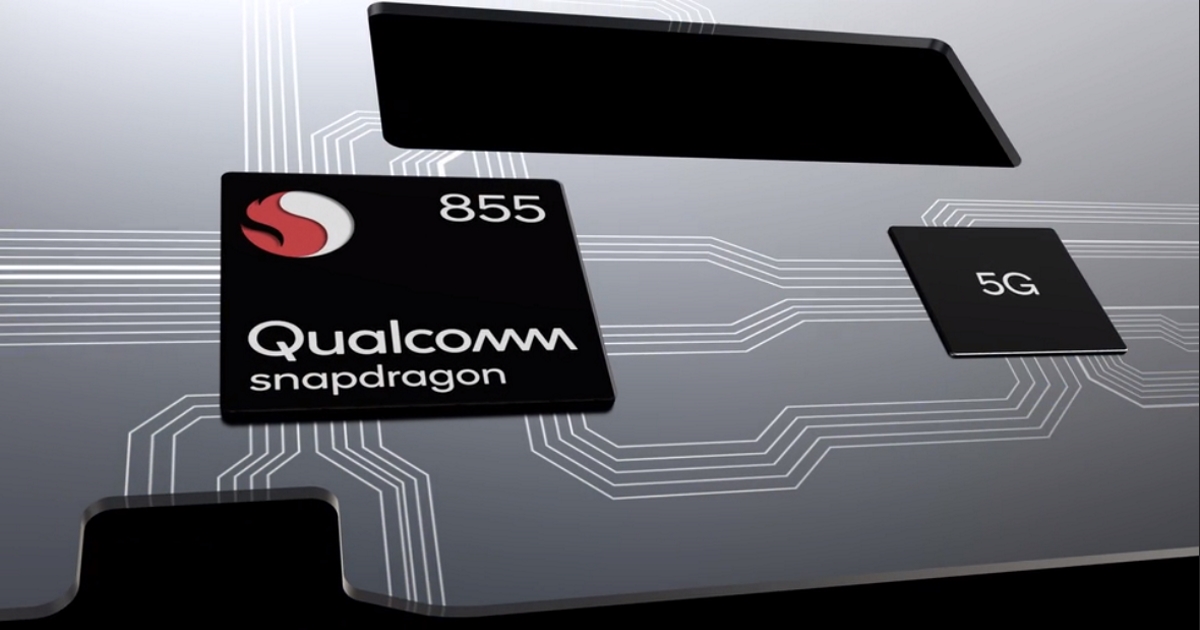 In terms of connectivity, all the flagship processors are pretty much neck to neck. However, the newly launched Qualcomm Snapdragon 855 is ahead of the curve in one aspect. The Snapdragon 855 is the world’s first mainstream consumer ready processor with support for 5G networks. However, Kirin 980 is not far behind. In fact, the Kirin 980 also is 5G-ready. That being said, Kirin is only limited to Huawei and Honor. What’s more is that smartphones powered by the chipset having 5G support will not be here before mid-2019. As for the Exynos 9820, it does not 5G support yet. However, the upcoming Galaxy S10 is touted to have a custom 5G modem sported alongside the Exynos 9820. 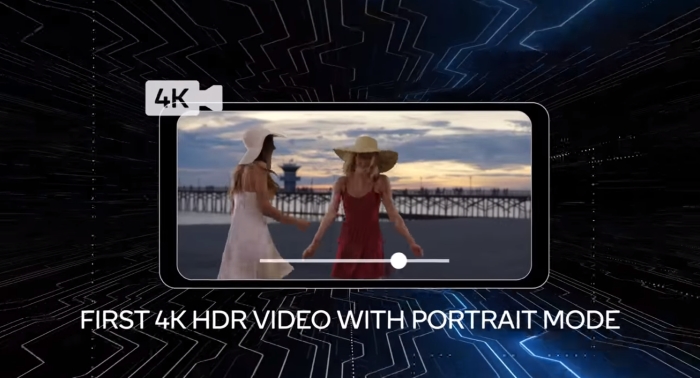 When it comes to the camera, the Snapdragon 855 processor brings a lot of improvements and new features. It makes use of the Spectra 380 Image Sensor that can support a 32MP single camera. However, it does fall behind Kirin 980, which actually support a single sensor of up to 40MP. Both the sensors actually go neck-to-neck in terms of recording as well. Snapdragon 855 can do 4K HDR video capture with live portrait mode. However, the same feature also exists on the Kirin 980, which has been shown on the Mate 20 Pro.

As for Samsung, the Exynos 9820 doesn’t care about all this. It cares about numbers, and that is quite evident.  The Exynos 9820 is said to support encoding and decoding of 8K videos at 30fps. However, if you’re a fan of 4K recording, the chipset also supports 4K UHD @150fps.

Qualcomm has announced the Snapdragon Elite Gaming platform. It brings forth support for the Vulkan 1.1 API. By comparison, both the Exynos 9820 and the A12 Bionic support only Vulkan 1.0 API. What’s more is that in our testing of the Mate 20 Pro, the Kirin 980 seems to doesn’t support Vulkan API at all. 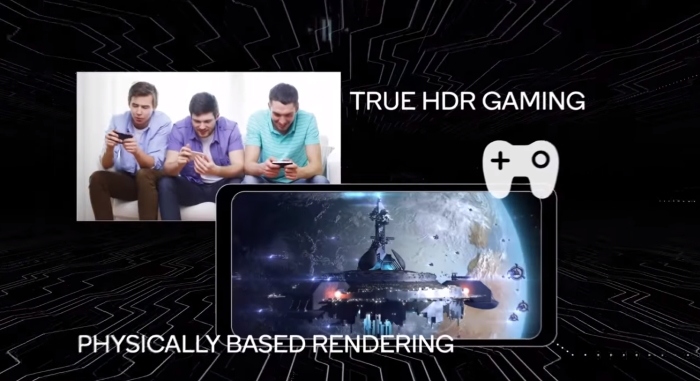 Next up, the Snapdragon 855 will now support the HDR10+ and Dolby Vision standards for brighter, more vivid displays. There’s also hardware-accelerated H.265 and VP9 video support. As for gaming, the Snapdragon 855 offers steadier FPS at a constant rate. Thankfully, the Kirin 980 isn’t far behind in this aspect. Their GPU Turbo technology has been there with the Kirin 970. And with Kirin 980, it has only gotten better.

In terms of availability, two of the chipsets are already out there, while the former two are yet to make an appearance. Apple is already selling the A12 Bionic inside the iPhone Xs/Xs Max and the iPhone Xr. The Kirin 980, on the other hand, is also inside the Huawei Mate 20 Pro and the Honor Magic 2. As for the Exynos 9820, the chipset is said to be featured in the upcoming Samsung Galaxy S10. Lastly, for the Snapdragon 855 processor, OnePlus has confirmed that it would be the first OEM to feature the latest chipset next year. More OEMs are said to follow soon.

It is worth pointing out that the processor alone cannot decide the user experience of a smartphone. A lot of factors come into play, depending on how a smartphone makes use of the potential of the chipset. That being said, even judging by the pure aspect of the potential of a SoC, it is hard to pick a winner. For me, the Snapdragon 855 will slightly edge out as the winner, simply for we know that it will make its way to a majority of platforms, and more importantly, is the first to support the 5G spectrum. But what about you? Let us know which one’s the winner according to you in the comments below.