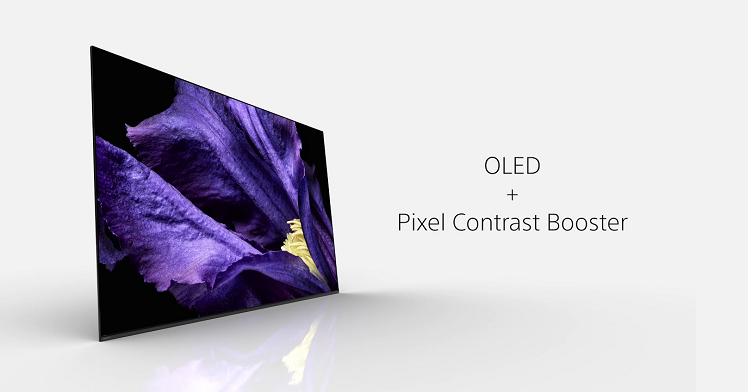 World-renowned Electronics maker Sony introduced a new BRAVIA OLED TV in India today under the Master series. The first in the ultra-premium series, called A9F comes with not only top-of-the-line visual tech but also elegantly built hardware. It is also priced for the topmost consumers at a whopping Rs. 3,99,990 for the 55-inch version while the 65-inch costs Rs. 5,59,990.

The A9F comes with the next-gen Processor X1 Ultimate which is capable of Object-based Super Resolution making images very crispy and detailed. Its HDR capabilities have also been boosted for better depth to provide a more realistic picture. The Sony A9F TV also brings a vastly improved audio setup. It has multi-dimensional sound with Acoustic Surface Audio+TM technology. Sony has added an extra subwoofer and an actuator in the centre of the screen. This combined with the two other actuators creates a rich sound field that greatly enhances the viewing experience.

The Sony A9F also has Pixel Contrast Booster, which is Sony’s original panel controller for OLED. It is responsible for delivering a high dynamic range at high brightness and producing extra detail in such scenarios.

Sony’s smart A9F OLED TV comes with Android TV 8.0 OS and hands-free voice search to give users a more hassle-free and intuitive experience. The Sony A9F is also crafted quite exquisitely as it looks like an uninterrupted single piece of slate. It has really slim rounded bezels and there’s stand at the back while the TV is covered by a soft touch fabric.

The Sony 4K A9F OLED TV will be sold across all major retail stores across the country starting 20th of September.