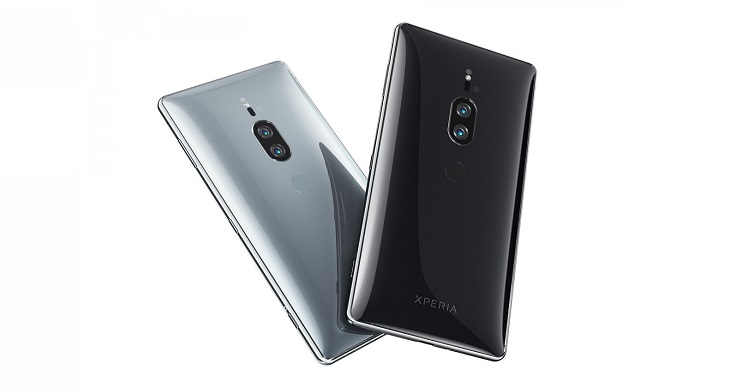 While Sony might be struggling to sell its smartphones in the face of stiff Chinese competition, the company has no plans to stop producing the best cutting-edge handsets. That is what a new Geekbench listing suggests that popped up with a flagship Sony smartphone today. This new handset with model number Sony H8526 is definitely a flagship as it shows an alleged Snapdragon 855 running the show. 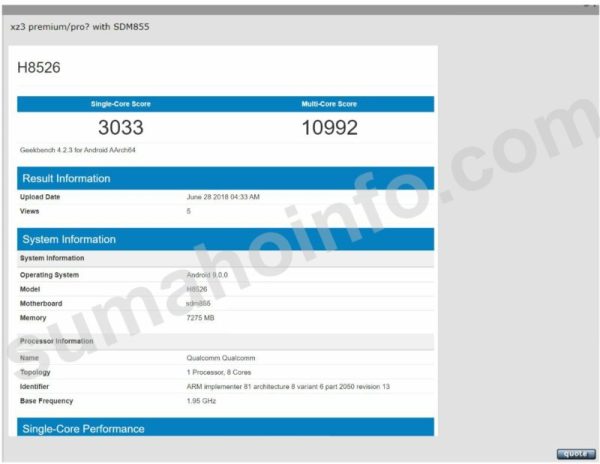 Below is a screenshot of the upcoming flagship silicone from Qualcomm in action. It is the Snapdragon 855. This chip is bound to be a 7nm process that will be made by TSMC and recent reports suggested it will be under mass production soon. We’re also aware that the chip will be embedded with the X50 LTE modem to provide crazy fast data speeds.

Of course, with 5G tests going on around the world, 2019 is when we’ll see handsets that can actually deliver such speeds. This is obviously the first appearance of the flagship mobile platform that we’ll see a lot next year.

You might be interested to see scores since this is the first listing, even though it can be faked. The Sony H8526 scores 3,033 points in single-core test and almost reaches 11k with 10,992 points in the multi-core test. Also, there’s 8GB of RAM and it runs Android P apparently.

Also read: Sony model H8416 with flagship specs surfaces on GFXbench, could be the Xperia XZ3

Sony is also prepping a Xperia XZ3 flagship that was spotted with model number H8618 very recently. It may be another phone but we’ll see more of it at IFA 2018 that will be held in September.