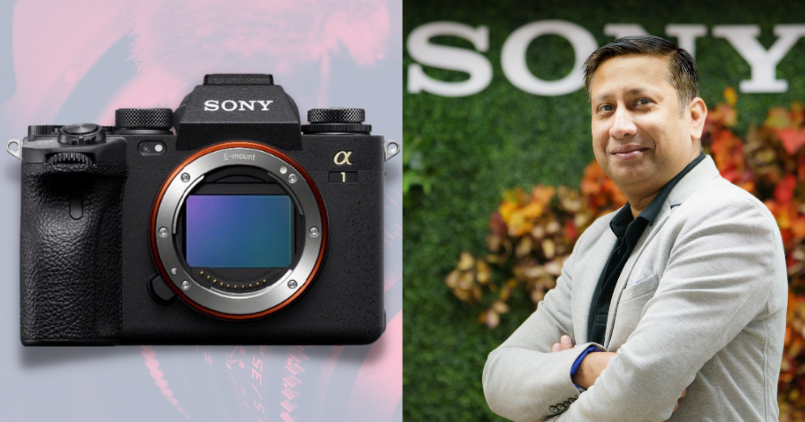 Sony India announced its first 8K HDR 30p video recording capable full-frame mirrorless camera, the Sony Alpha 1 in the country, earlier this March. It carries the latest 50.1MP full-frame stacked Exmor Rs image sensor coupled with a BIONZ XR image processing engine and costs Rs 5,59,990. It also features the world’s first 240Hz refresh rate viewfinder. To know more about the latest Alpha 1; we had a chat with the Business Head, Digital Imaging at Sony Electronics, Mr Mukesh Srivastava; who has shared the company’s Alpha mission dream on how to give power to creators with its latest imaging technology. To know more about Alpha 1 – check out our full conversation with Mr Mukesh. 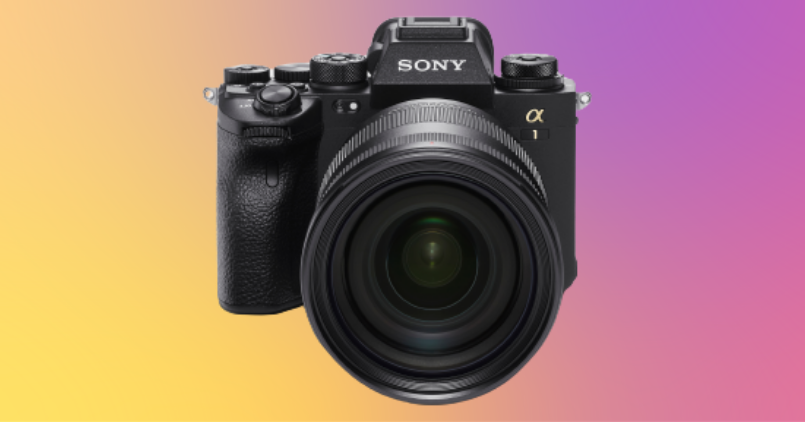 (Note: One of our Mr. Phone’s team member Aman Rashid had got a chance to interact with Mr Mukesh, here’s the full conversation)

Aman Rashid: So first of all, yeah, we really love the camera, the Alpha A1. The first question is, what do you think about the consumers in India? Because it’s 8K, and we don’t have displays to see the content right now. So, do you think the consumers are ready in India or even abroad for that matter for an 8K camera? Or the creators in general? What are your thoughts?

Mukesh Srivastava: Well, actually technology evolves, and eventually, people want to adapt to the changing environment. And, at Sony we continue to challenge the limits of the conventional imaging tool with this kind of technology and eventually our course of the mission, our Alpha mission is to give creators the power to realize their dreams.

So to fully understand that as of now India is not fully ready for 8K. But yes, things have changed. Over the past, even if we look at the past one or two years, there was no 4K content as well. But now we can see all the big; whether it’s content creators or movies, or documentaries or OTT platforms; they are now shooting everything in 4K so things are changing. I’m sure we provide that opportunity to the creators with these kinds of products so that they can get a platform from where they can learn, evolve and adapt to upcoming technologies.

I guess it’s always evolving, and the pace at which technology changes nowadays is very fast. So earlier, yes it took time for people to change from HD to full HD and then eventually to 4K. But now things are really fast. So I’m sure, we will soon see 8K displays and 8K content.

Aman Rashid: As of now, 8K displays are too costly in the market. And, we don’t know whether people are exactly ready to invest in a camera, and then on a display to see that content: that was our only thought behind this. So, we are using Sony’s A7S III right now and we think that’s a fabulous camera. And, A7S III shoots some amazing videos. We mean amazing 4K videos. So now that there’s a proper flagship 8K video camera, what do you think is the leap in between the A7 III or A7S III and Alpha 1? What do you think is the gap in between?

Mukesh Srivastava: So of course, I can fully understand that A7 III can shoot 4K as well as the A7S III can shoot some amazing 4K videos at up to 120p, but of course, the A7 Mark III had limitations at that time. It is a four-year-old camera and then you know it had 4K at 30p that time but still 4K at 30p is good enough actually, for most of the users in India. So A7S III, yes, it is like a low light monster, wherein we can stretch the ISO. It is a hybrid camera. It can click good pictures but it is more oriented towards video recording.

So, for example, it can still click a 12-megapixel picture. But again, nowadays in photography, it’s more about megapixels, whether it might be a 24 megapixel or 40 megapixels one. So somehow, Alpha 1 is like the top of the line also and can shoot 8K 30fps videos as well as of course it can shoot 4K 120fps. But in terms of ISO of course it is different from S III.

Aman Rashid: Yeah, what about the ISO range? How far does it go like?

Aman Rashid: We have used Canon 5D in the past and as far as we love the colour silence of the Canon cameras. The thing is they struggle in the low light. But after using the A7 III for quite some time now, we have to say that its low light performance is amazing. Even if you set the ISO at 1000 or crank it up all the way up to 10000, the noise level and the distortion is very less. So yeah, that’s something amazing about the A7 III that we have. So anyway, we have a friend who has an Alpha A7 II and by the way, the battery performance is terrible on that camera. To be very frank and honest this is why we were scared about the A7 III’s battery life as well. But the good thing is that fortunately the Alpha S III has amazing battery life and we are easily able to record for about 2 ½ hours on a single charge. So what about the battery life on the Alpha 1?

Mukesh Srivastava: The Alpha 1 is not only a movie recording camera, you can take still photography to the next level. It has a crazy combination of an extraordinary combination of a 50-megapixel photo at 30 FPS. So which is a very high speed and there’s no other camera right now in the world which can do 30 FPS with a 50-megapixel image. So it is perfect for capturing any action, wildlife and sports. Yeah, so that’s how we can slightly differentiate between S3 and the A1.

Now coming to your second question about the battery life. So Alpha 1 also uses the Z series battery, which is good for extended recording and I’m sure you’re getting excellent results with the S III, so again, if you even compare it with any competition. I think in terms of battery now, Sony’s leading. So if you compare, our battery life is much much better than, of course, the earlier models and most of the competition as well, so the components of the circuitry have also been designed and optimized to use that power accordingly. I think this is one of the best in the industry, the battery life that we offer.

Aman Rashid: Definitely yeah, the battery life on the A7 III has been amazing. See, our Canon Mark III was an amazing camera, but, it struggled with battery life and low light, and two of those problems have been sorted by A7 III. Right now, we have only two batteries that we carry with us on shoots but with Canon earlier, we used to carry 5 batteries and still we had gone through that OCD (what if they run out and how will we charge those) so yeah, these two major problems have been definitely sorted with the is A7 III.

Mukesh Srivastava: Even with Alpha 1 you can shoot up to like 530 still images and record up to 150 minutes, per charge, so I think that’s quite amazing.

So that’s absolutely new. Basically, there is a bird eye autofocus in which even the bird certainly takes a flight or you know the frame changes. It will still capture the eyes of the bird. So, animal eye autofocus was already there, but now it can even work better if the animal faces upside down, so it can still recognize. So those are the enhancements that we have made in Alpha 1 for eye autofocus. On top of that, of course, the coverage, it has a 50.1-megapixel sensor and it covers almost 759, like 92% of the area for autofocus. Yeah, so 759 selectable phase-detection points and it covers up to 92% of the image.

Aman Rashid: So, these are all the goodness about the Alpha 1. We’re sure it’s an amazing camera, but on to the main question. How would you convince a professional to enter Sony’s ecosystem, considering the people, these creators already have their brand preferences, some like Nikon, some like Canon, so how would you convince someone to jump ship to Sony.

Mukesh Srivastava: Yeah, so actually if you see Sony right now is almost like the first choice for professionals, be it a wedding, be it wildlife, be it fashion, you see almost all key top professionals in the industry already using Sony. Now, of course, there are multiple reasons for using Sony. One is the technology shift that happened from the previous technology which was the DSLR to the mirrorless and Sony was already way ahead in terms of mirrorless technology.

One unique thing about Sony is that we have only a one-mount concept. So, whether you are using an APS-C camera rather than using a full-frame camera, and if you have the lenses for it, it can go on almost all the bodies of Sony, because we don’t have different mounts, so that’s one very, very important point. You know when people now consider when they want to buy a new camera, they don’t want to buy different lenses for different mounts, right? So it’s very easy. For example, if you buy an APS-C today and if you have 3 or 4 lenses with it, next year down the line you decide, okay, I want to shift to a full-frame now. You can still use your APS-C lenses.
So yeah, these are very important things which we educate our customers. And as I said, India’s top professionals are already using Sony and you know of course it always has a ripple effect when top professionals use Sony eventually other people who look up to them would also consider Sony.

Aman Rashid: And one last thing. How has been the market response of your vlog camera Sony’s ZV-1, how has it been in the market?

Mukesh Srivastava: Our ZV-1 got a very good response. It was out of stock right the day we launched the camera in India. So whatever quantities we got, we sold it within a few hours, actually 2-3 hours, we sold everything and it was out of stock. Then of course we had to negotiate with the headquarters, get more quantities and what we’ve seen is that it has become – kind of the first choice for most of the beginner bloggers or YouTubers, specially people who were using a smartphone and wanted to step up to a camera and so it has become the first choice.

Aman Rashid: These mirrorless cameras are also very lightweight, for that matter, the S III and even the Alpha 1 looks so tiny we don’t know, we’re sure it must be very handy, considering what the competition offers right now like gigantic cameras come from Canon or Nikon, but Sony is definitely doing good; the size and what power it packs definitely amazing for that matter, so yeah, that’s been about it. Thank you Mukesh, thank you so much for the chat.