Sony is all set to launch two TWS earbuds in India on June 24 priced under Rs 20,000 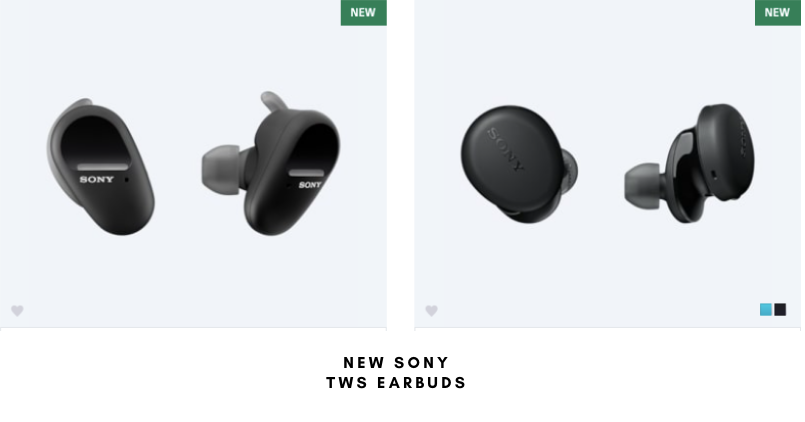 Update, June 12: Just as suspected, Sony is all set to launch these two models; WF-XB700 and WF-SP800N. They are already listed on the company’s website as “Coming Soon”. The all-new TWS earbuds from the house of Sony will be arriving in India on June 24. Note that both truly wireless earphones will be priced under Rs 20,000. One of them is likely to be priced below Rs 10,000, offering a range of features like quick charging, and hands-free calling with built-in microphones.

Expect SP800N to be priced a little higher as it will offer an IP55 rating compared to the IPX4 rating on the XB700. That means something for sports/fitness enthusiasts. Note, both the earbuds will be offer Google Assistant and Alexa support for voice assistance. Are you excited to see them in India? We know we are excited to test them out for you guys.

Earlier, June 8: Sony India is rumoured to announce its all-new TWS earphones in India by the end of June. It’s quite exciting news for the audiophiles who admire Sony’s audio products. The Sony TWS that is supposed to launch could be from a list of listed TWS on Sony India’s website. The list includes WF-SP800N and the WF-XB700. Where WF-SP800N is a noise cancellation earbuds retailing for $199 (Rs 15K Approx) and the WF-XB700 is a TWS going for $130 (Rs 9,800 approx.).

The upcoming premium truly wireless will be announced via an online briefing. Further, as per reports, these new TWS earbuds could be made available for purchase on Sony’s all-new online shop (www.shopatSc.com) and other leading e-commerce platforms. As far as the pricing is concerned, they are rumoured to be priced under Rs 20,000.

At the moment, there’s no confirmation regarding which model of Sony’s truly wireless offering coming to India, but I’m quite fond of its WF-1000XM3 noise-cancelling earbuds. Take a look at below to know why they could be perfect premium earbuds.

The 1000XM3 are Sony’s noise-cancelling earbuds. They were announced to compete with AirPods Pro, which is why the similar pricing in the United States. They were also the honoree at the CES 2020 innovation awards.

Promised to offer up to 24 hours of battery life, they also come with fast charging technology, which allows 90 minutes of playback in just 10 minutes of charging. The primary highlight of these earbuds is the noise-cancelling tech, which is powered by a custom QN1e processor.

As far as the sound quality is a concern, they pack a tiny-yet-powerful 0.24” driver unit for the rich, clear, and expansive sound. Further, these TWS from Sony have upscaling tech, which allows digital music to DSEE HX conversion, thus bringing closer to high-res audio quality.

What do you guys think of the upcoming Sony TWS earphones in India? Which models would you like to see come to India? Comment below.