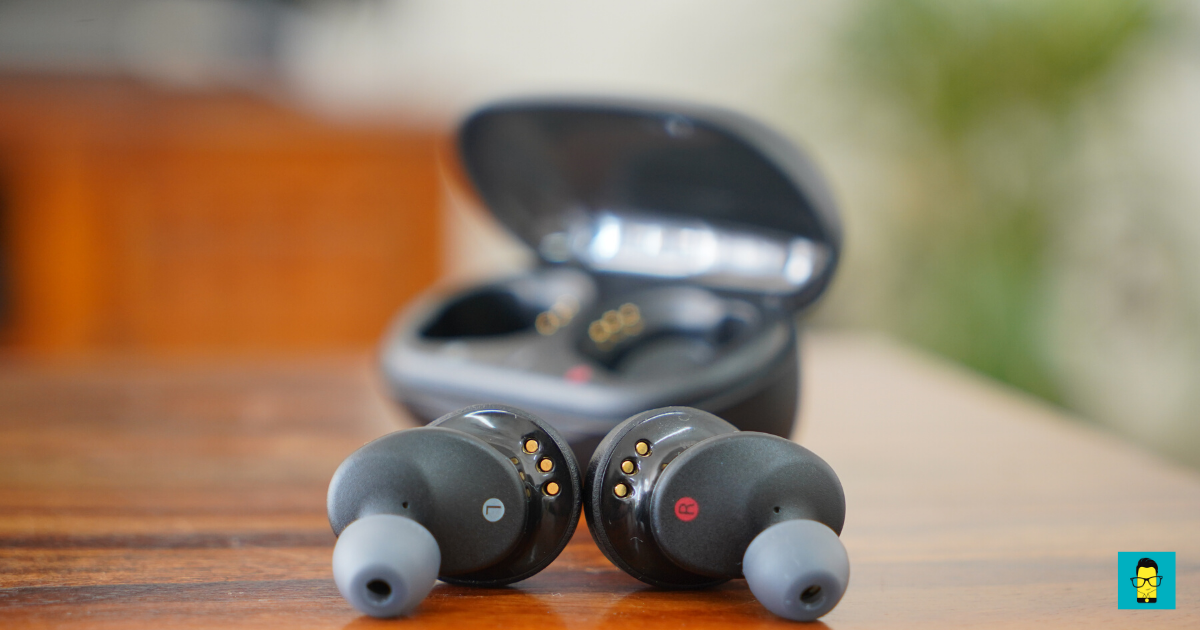 The one company that should’ve introduced a pair or two of truly wireless earbuds in India sooner is Sony. Considering the company’s famed legacy for creating audio products, it makes total sense for this Japanese tech Senpai to rule the category. But alas, Sony has been somewhat of a slow mover and we had only one TWS launched back in 2017 – the WF-1000x. In 2020, I lowkey expected the WF-1000XM3 to land up on my doorstep but what we have here is another product – the Sony WF-XB700. Sony’s product naming scheme is a mouthful, so I am going to call this XB700 for the rest of the video.

This may not be as feature-rich as the WF-1000XM3 but it makes up for the compromises with a lower price tag of Rs 9,990. But, is that enough?

The packaging is very old school and typical Sony. Inside, you get the earbuds, the case, a type-C charging cable, a few manuals, and tips of different sizes. The charging case is chunkier than most TWS earbuds I’ve been using lately, including my favourite in this price category – the Galaxy Buds+. That’s also because earbuds themselves are massive. Almost as big as the Bose Soundsport Free. By the way, the earbuds slot into the case with strong magnets. They don’t fall down even if you turn it upside down. 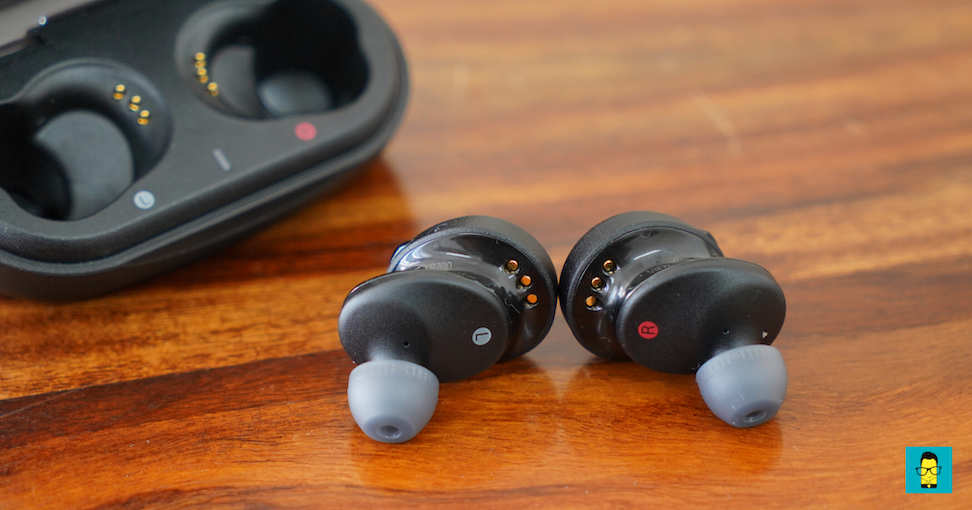 The Black case is made of high quality plastic with a matte finish. The lid slopes downwards and the plastic on this part of the case is actually translucent. This makes it see through to check the LED indicator on the earbuds. On the rear side of the case is the USB Type-C port. I found the hinge of the lid to be extremely tight and not very easy to open with one hand. You need to apply some pressure. Sony could’ve made it less resistant for ease of use.

The earbuds inside have a very unique shape. You have an outer pod in the same matte plastic design with an extended neck that further connects to a structure that is supposed to lock into your ears. Once you lock it in, trust me, even if you put yourself inside a massive washing machine and tumble around, these things won’t come off. I think Sony wanted to ensure you have the most secure fit ever. And, that makes sense considering these have IPX4 support as well making them sweatproof. Which makes it perfect for avid fitness enthusiasts.

While the fit is secure, the comfort levels are not the best. I couldn’t use it for more than an hour at a stretch. It was fatiguing as the locking system digs into your ears. It was particularly painful in my left ear.

What I really like about the XB700 is the really sweet female voice prompts for different statuses such as Bluetooth Pairing mode or how much battery life is left. As for the controls, I feel Sony has missed an opportunity by not adding touch controls on the massive surface of the earbuds. You get two tiny buttons on the underside of the earbuds. Pressing the button on the left actually increases the volume, the button on the right can be used to:

I am glad Sony added volume control. I haven’t seen one on a pair of TWS earbuds in a long time now. However, since these are priced close to 10k, I’d have ideally expected Sony to include Wear Detection for automatic Play/Pause controls when you place it and take it out of your ears. It is available on much cheaper products these days. 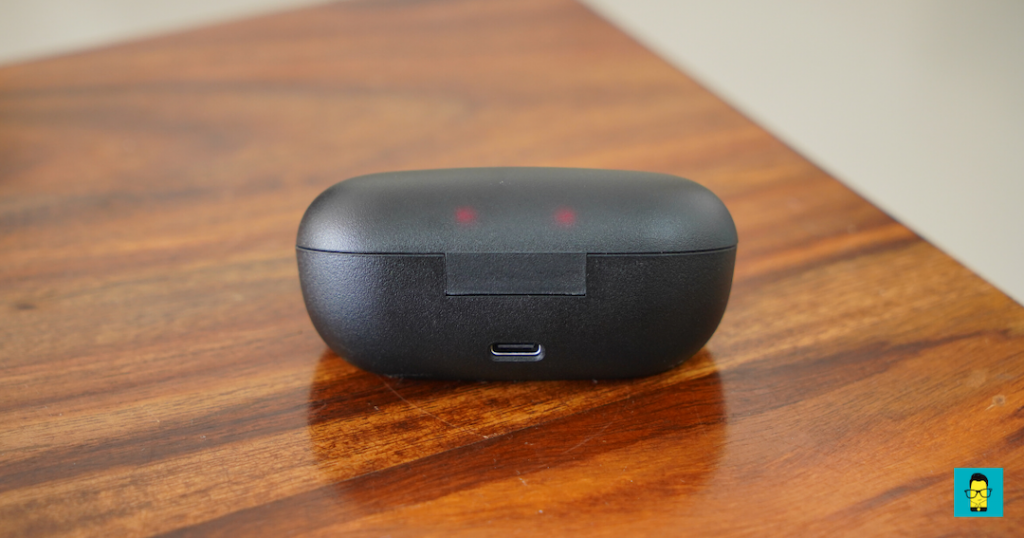 The biggest advantage of the WF-XB700 has to be the stupendous battery life. Sony claims 9 hours on the buds and 9 hours on the case, which means it can charge the earbuds once. In my testing I got 8hrs and 5mins on 100% volume. That is just excellent. This is the best battery life I’ve tested on a pair of truly wireless earphones. The Galaxy Buds+ comes a close second at around 7hrs 35mins but it has a smaller profile and is more comfortable. That is the biggest advantage.

The XB700 uses Bluetooth 5.0 to connect to devices. The connection was super stable and it didn’t drop even when I moved 10 metres away from the source phone. My only concern is these don’t come with support for aptX or LDAC, which by the way is Sony’s proprietary Hi-Res codec. Anyway, the latency is not too bad while watching videos or playing games actually. In fact, Sony has a gaming mode where it switches to a low latency setting. Another issue I had while testing was that I couldn’t get the Headphone Connect app despite multiple attempts. If anything changes, I will definitely add an update in the comments section. 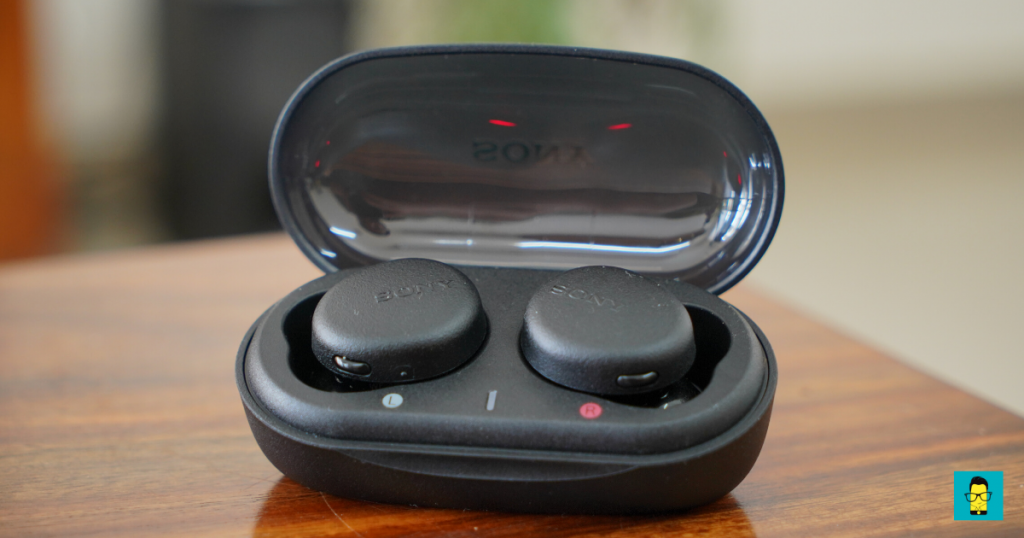 Without the Headphone Connect app, I couldn’t change the EQ to alter the frequency response so let’s just talk about the default tuning. By default, as the name suggests, you get extra bass. The sound is incredibly bass forward that is attacking and loud. It is the exact kind of sound that makes you want to jump and dance at a concert. So, if you listen to a lot of David Guetta, Blake, or Raftaar, the XB700 will definitely hit it home for you. Thankfully, this big bass response doesn’t mask the other frequencies. I particularly like the mids and how Raftaar or Rashmeet Kaur’s energetic vocal performance in Mirza by Nucleya doesn’t get drowned out by the meaty bass.

This doesn’t mean the Bass doesn’t have any decay. It is not the tightest out there or particularly fast either, and this might be irksome for true blue audiophiles. And, the unrefined treble will also irritate audiophiles. In fact, in Love Train by Wolfmother, where you have a fairly prominent cymbal performance along with the other drums, I wasn’t particularly happy with the unclean response. The instrument separation, otherwise, is not too bad. But, don’t go expecting a great soundstage. That’s definitely not going to happen. The sound is distinctly in your head.

From what I can tell, the XB700 is targeted solely at bass heads who want to groove to their favourite EDM tracks. I don’t have a problem with this single-minded approach to tuning as long as you get a musical sound that makes you want to get up and dance. And, the XB700 achieves that with ease. 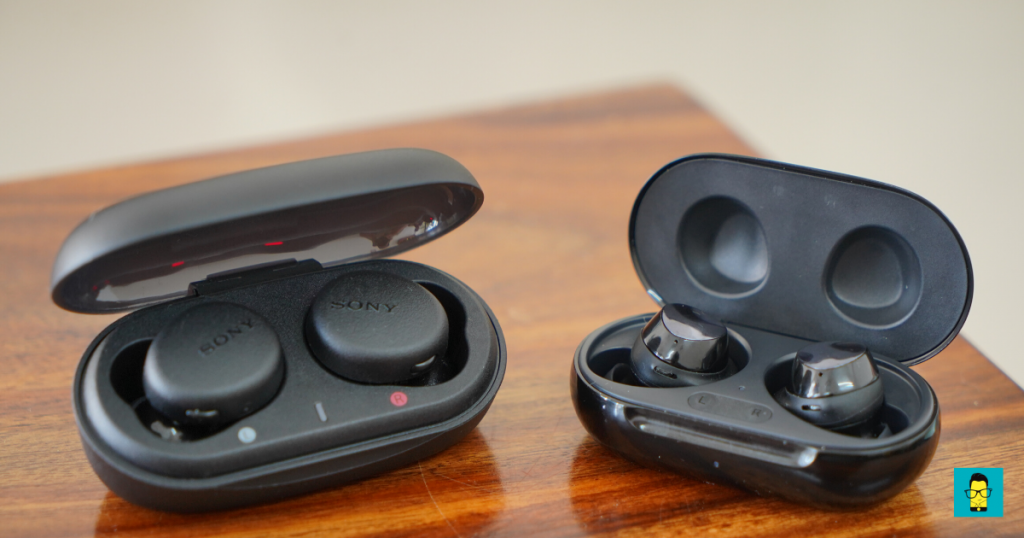 The WF-XB700 ticks the right boxes as far as the most important features go. You get an excellent battery life and a crowd pleasing, attacking bass-forward sound signature. But, there are a few issues and a missing feature that could be deal breakers for many. Particularly the fact that they are uncomfortable for long listening sessions and that you don’t get Wear Detection. If you can look past those problems, the XB700 is a great pair of TWS buds for most folks. Otherwise, I’d suggest you spend some more and pick up my favourites Samsung Galaxy Buds+ or the Jabra Elite Active 75T.

What did you guys think of the WF-XB700? Do let me know in the comments section below.