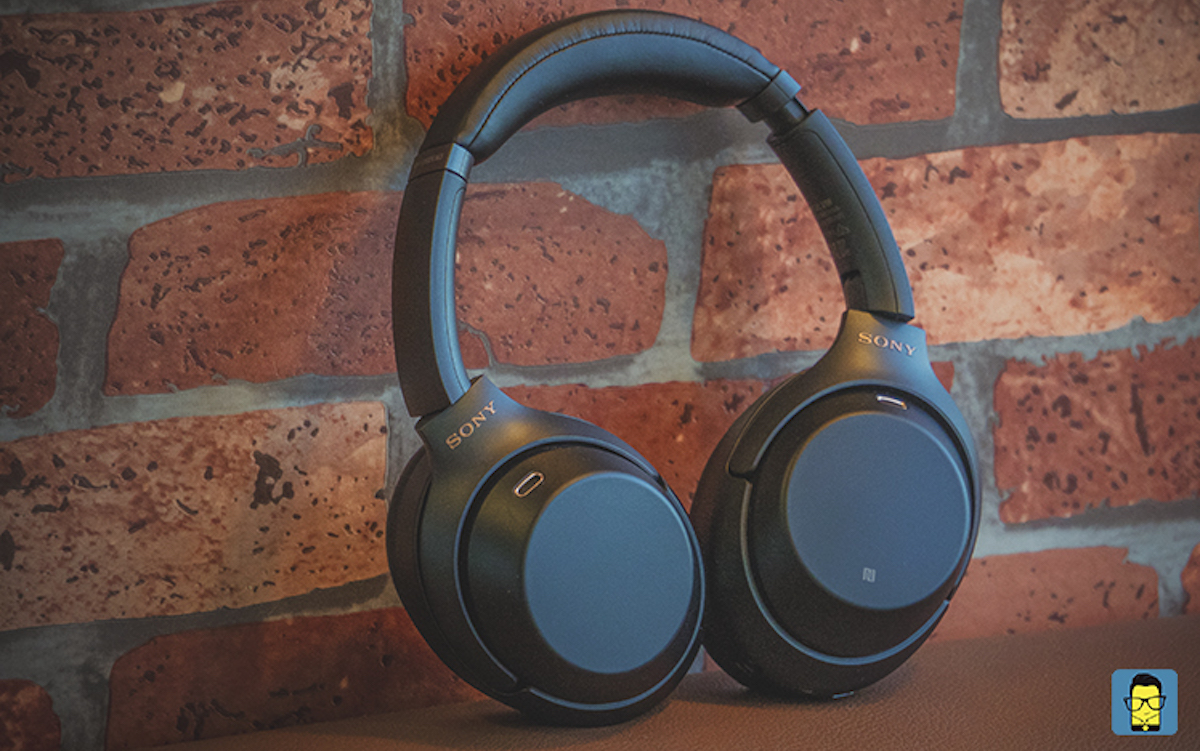 Note: This review is going to be in a different style and format. I have storified my experience for an interactive reading experience. Hope you guys like it.

Time is 4:30 am on October 30. I drag my groggy self to the taxi for a mid-week event. This taxi is going to take me to the Delhi airport for a 6:25 am flight to Bangalore.

I decided this could be the perfect time to test the new Sony WH-1000XM3. To be entirely honest, I’m pretty excited to test them out because the previous generation – Sony WH-1000XM2 – headphones were pretty good, to begin with.

Anyway, I sit in the taxi, still sleepy. Nucleya’s new single – Sohneya –  should give me the jolt I badly need. And like expected, the bass drop wakes me up in an instant. Definitely works as the ideal stand-in for the hot cup of Java Chip Frappuccino I’ve been dreaming about.

Although, something starts irritating me. It’s the noise in the bass. It is annoyingly bad. What is wrong? I immediately remember that the WH-1000XM3 supports Sony’s LDAC standard, which is the highest resolution Bluetooth codec yet. I double tap on the right earcup to pause and check the developer settings in Android. By the way, I am using a Pixel 3 XL (review), a OnePlus 6T (review), and an iPhone XS Max (review) for this journey to test these headphones. Anyway, I enter the LDAC sub-setting and notice the phone has defaulted to Best Effort, where it uses an adaptive Bitrate. Not good enough for me. 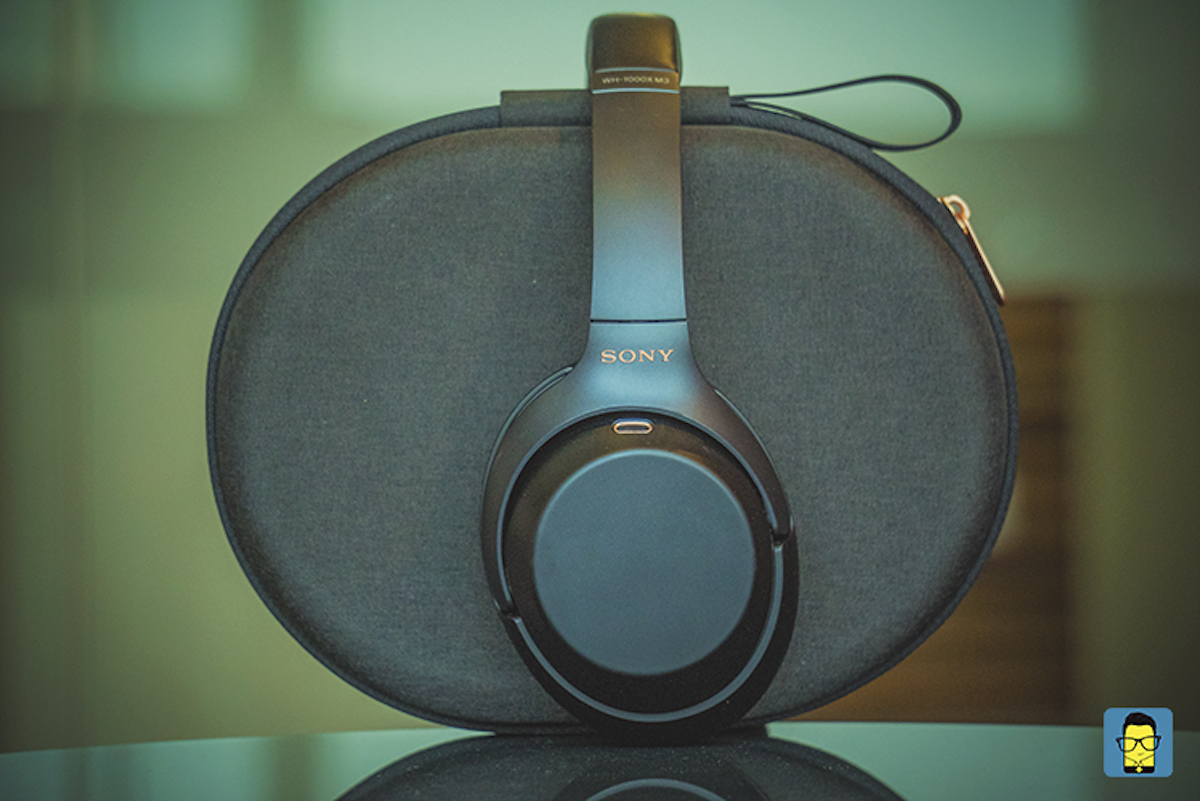 Let’s switch to the Optimised for Audio Quality, which plays back music at 990kbps/909kbps. Unfortunately, the audio doesn’t playback. Looks like the Pixel 3 XL doesn’t support high res. Dang, it! Let’s pick the apt-X HD codec next and it immediately improves the bass response. It is a lot tighter and cleaner now. But it is a travesty that the Pixel 3 XL cannot use the full potential of the WH-1000XM3. Thankfully, I faced no such problem on the OnePlus 6T. And, the AAC compression streaming on the iPhone XS Max was great too.

These headphones have a U-shaped sound with a bigger emphasis on the low end of the frequency spectrum. The mid-bass frequencies are heavy and you can feel the reverb rattle your ears. This is the kind of bass I used to associate with the XB series. Thankfully, unlike the XB range of Sony headphones, the bass frequencies don’t bleed into the mids or highs.

Furthermore, there is no denying that the bass response is slow. The similarly-priced Audeze Mobius I’ve been testing parallelly offers a faster bass attack. Well, Audeze uses Planar Magnetic drivers so it is not an apples-to-apples comparison anyway. In fact, the big bass on the Sonys is going to attract a lot of mainstream audiences. 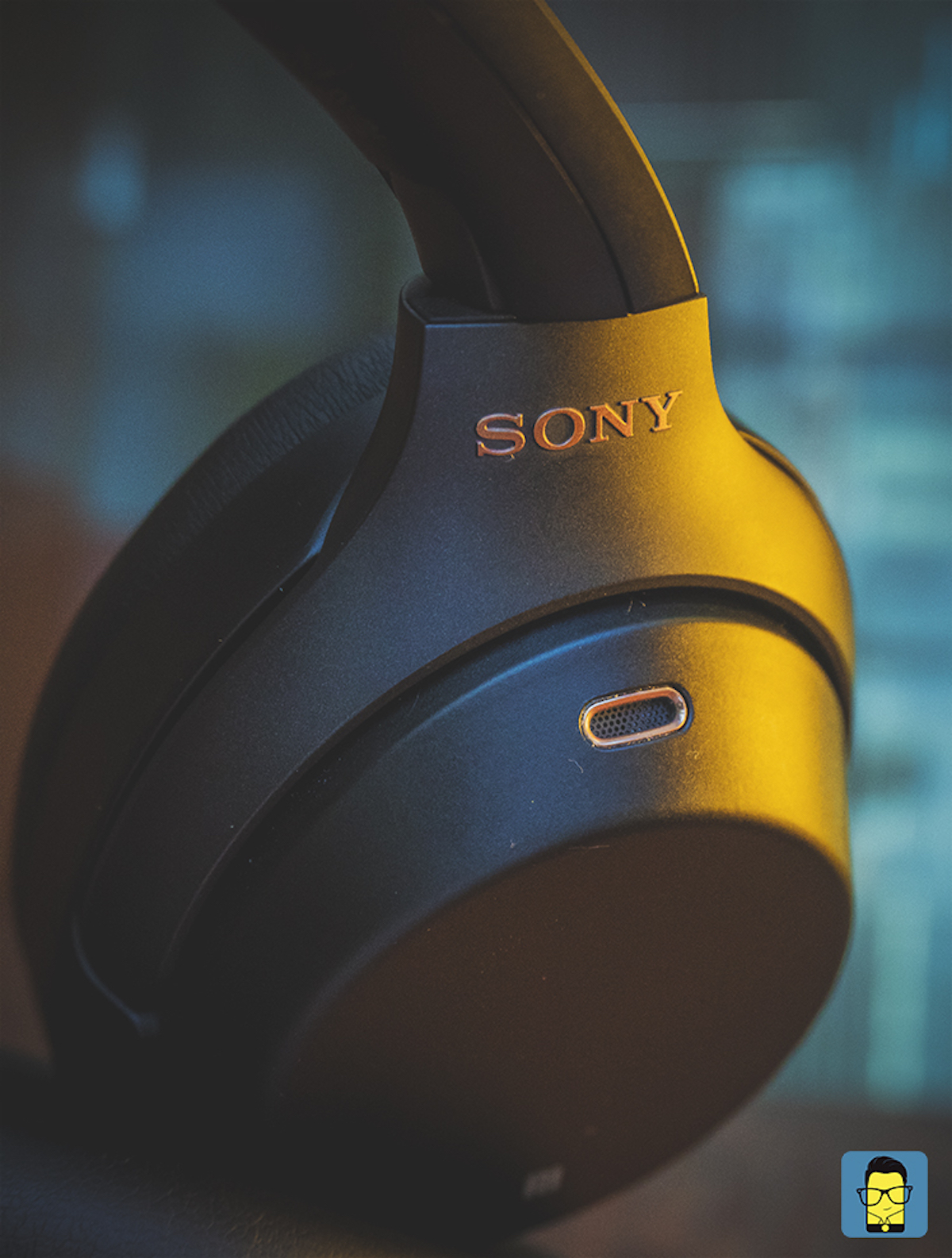 Now, I’m at the airport. I swipe right to change the song and swipe down to reduce the volume. It works. What a simple and elegant solution.

After picking up the boarding pass and passing through security, I decided to head to the Starbucks at Delhi’s T3 airport regardless. While ordering for my small Java Chip Frappuccino, I cup my hands on the right ear cup to enter Ambient mode. The music starts playing faintly in the background and the rest of the ambient sounds are amplified, including the voice of the man behind the counter. Essentially, the WH-1000XM3 uses the mic to listen to the man and increases the volume for you to hear his voice clearly. While it is disorienting at first, once you get used to it you will appreciate the utility of this feature. 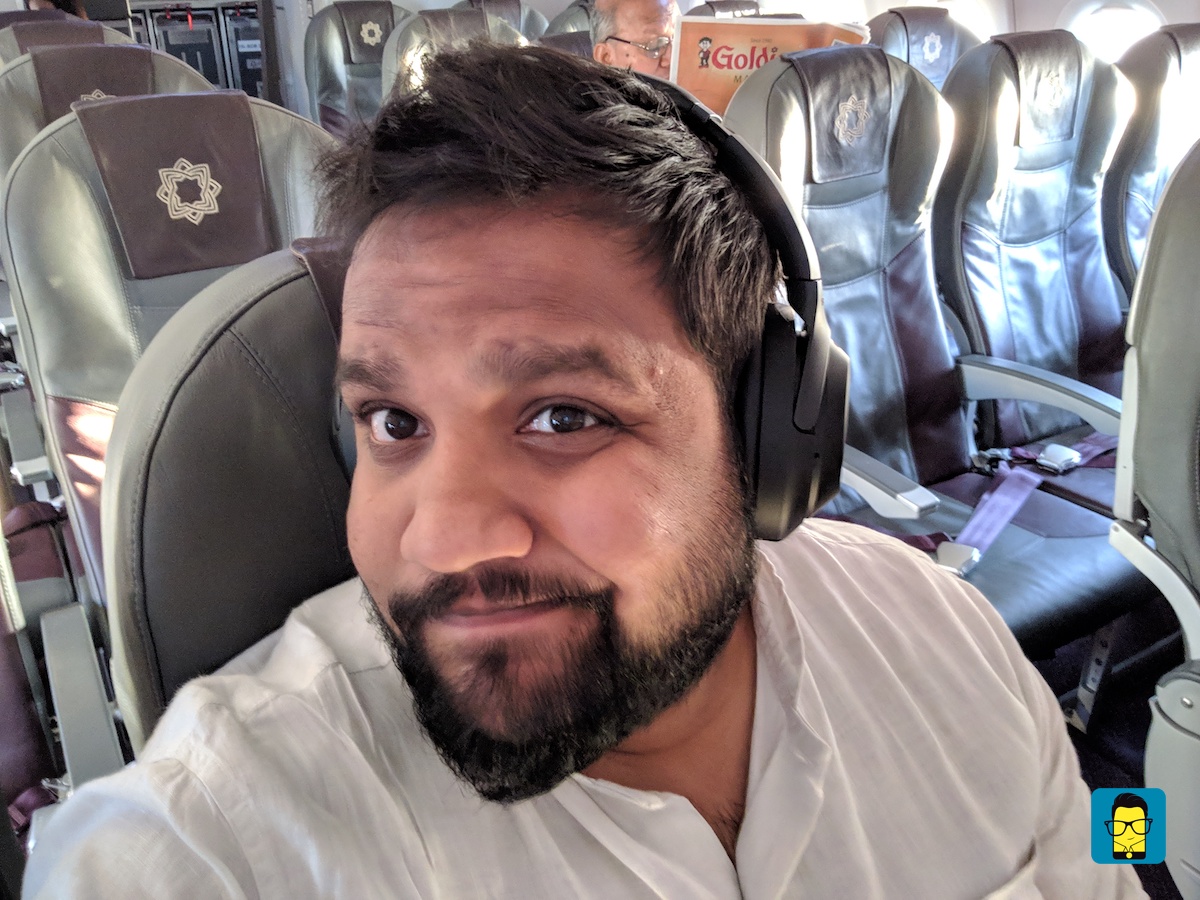 With my coffee in one hand and the WH-1000XM3, I boarded the aircraft. The flight takes off and the jet engine’s sound starts to engulf me. Time to crank up the NC and boy does the Sony deliver or what! In direct comparison to the Bose QC 35 II, the Sony might not be as powerful in cancelling the noise but it is at least 90% – if not more – as good. What’s interesting is that, despite the science of NC which tells us that only consistent hums at the same frequencies — like a drilling machine or the jet engine in my scenario — can be eliminated by active NC, Sony tries its best to even cancel out the uneven frequencies of people talking. You might hear chatter when there is no music playing but even at 20% of the volume the NC just cancels out every little ambient sound out there.

Moreover, the handy Sony Headphones companion app lets you optimise the atmospheric pressure. It automatically changed the setting from 1 atm to 0.8 atm as the flight started gaining altitude. This helped reduce the air pressure on my ears, which is great.

Sony WH-1000XM3: fit and more about the sound signature

As I started listening to more music and analysing the sound signature, the first thing I noticed is the WH-1000XM3 fits like a charm. The new, more oval shape of the ear-cups contour around your ears wonderfully and the light weight of the headphones just add to the overall ergonomics. Moreover, the soft faux leather headband padding is chunkier now. Sitting with my headphones on for the entire duration of the flight was going to be a breeze.

Fun fact: the Bose QC 35 II continues to be lighter than the WH-1000XM3, but I doubt the weight difference is significant enough to be a cause of concern for many folks. 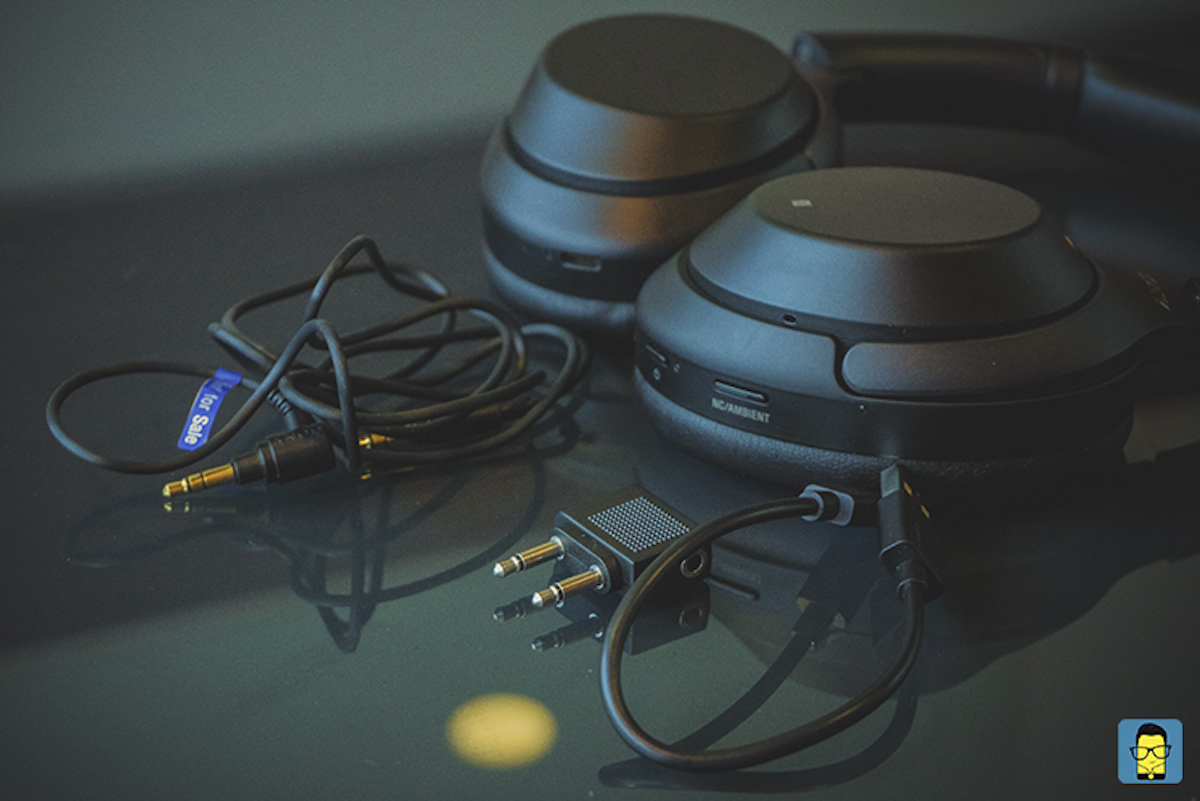 Coming back to the sound signature, I was really grinning from ear-to-ear. While it is a U-shaped sound that emphasises on the bass frequencies, the mids are well-detailed and the treble is adequately tight too. Sony doesn’t colour the sound in any manner and what you get is a very natural, yet pleasing tonality. Moreover, the details are spot on with a clear stereo separation as well. In the 2018 remastered version of While My Guitar Gently Weeps by The Beetles, the percussions are placed on the right channel for the entire duration of the song. And, Clapton’s guitar solos are tighter and crisper in his true stereo mix. The Sony does justice to the song beautifully. I absolutely loved it.

The imaging is great too, with great instrument separation across the board even in multi-layered songs like Do I Wanna Know by the Arctic Monkeys. However, for a pair of headphones, the sound-staging could’ve been better. That said, the fact that the WH-1000XM3 doesn’t leak any sound whatsoever could be considered a major advantage.

From watching videos to listening to music, WH-1000XM3 served me well in my flight. 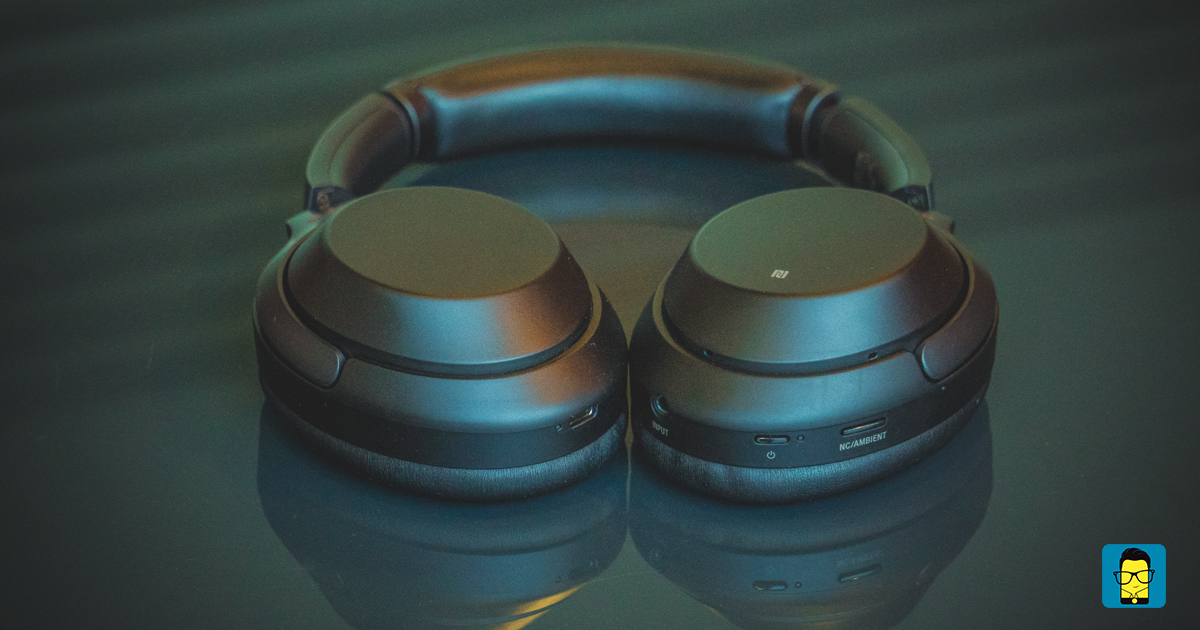 To conclude it all, the WH-1000XM3 is Sony flexing its engineering prowess to the fullest. I am glad the Japanese tech major is innovating in full swing. The headphones feel more organic to use with the gestures getting better over time. It takes very little time to get used to and the companion app is pretty handy too.

As far as noise cancelling headphones go, the Bose QC 35 II still has an edge when it comes to NC chops. But there is no denying that Sony is only inches away from Bose in this aspect. This should worry the reigning champion of NC. More importantly, Bose should be worried about the stellar sound signature of the Sony WH-1000XM3. 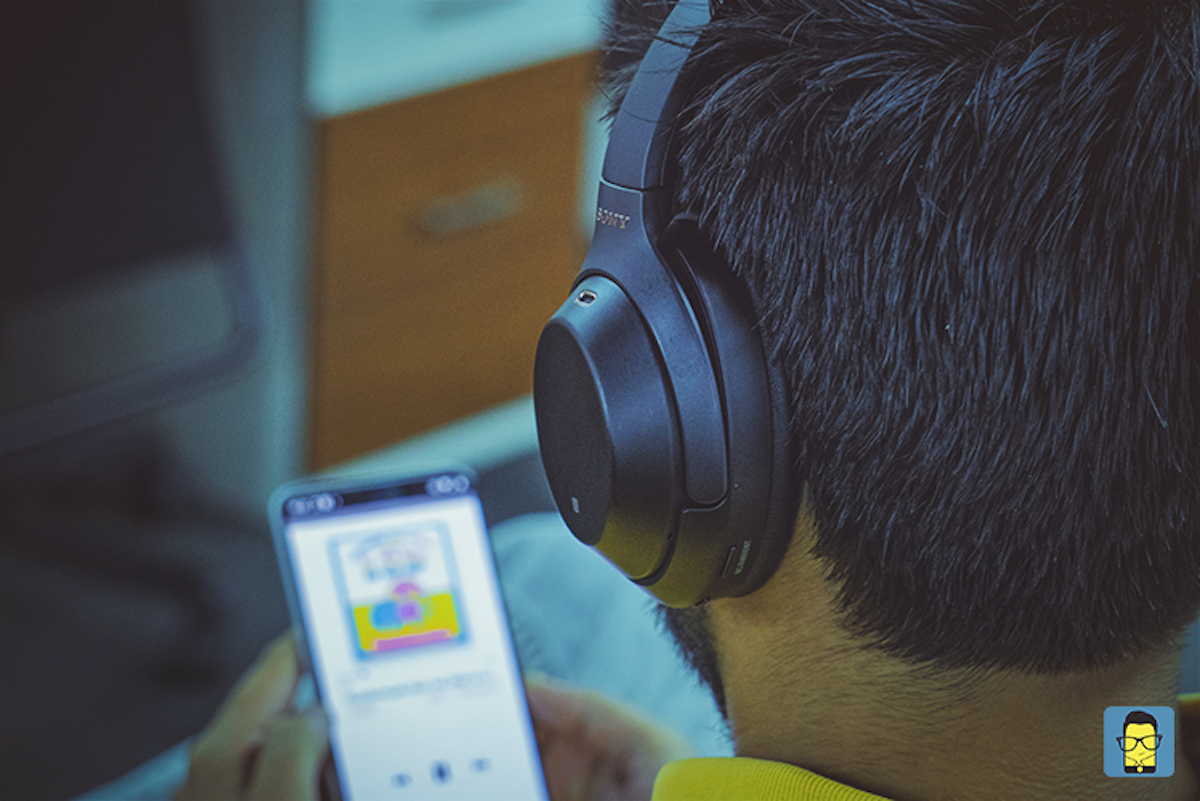 All in all, though, I’m convinced the Sony WH-1000XM3 is the best NC headphones money can buy right now. These are the headphones to get if you want the absolute best audio gear when out and about. Trust me, even the most rabid audiophiles are going to appreciate the sound signature. And I’m sure, they’ll understand the value proposition of a pair of headphones like the Sony WH-1000XM3.

To put it out there, I would pick the Sony WH-1000XM3 over the Bose QC 35 II as my go-to NC headphones. Heck, I might even consider the Sony over some non-NC pairs and that is saying a lot!