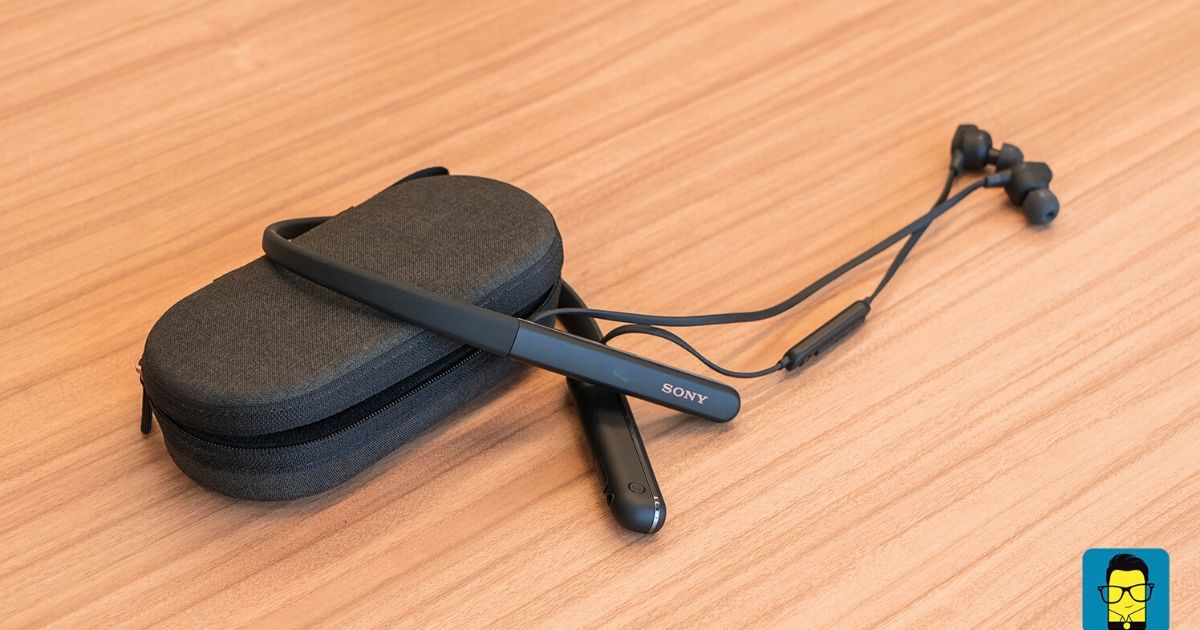 It’s no secret that Japanese tech giant Sony has unprecedented followership in the audio space. Be it inexpensive in-ears, to premium ANC headphones, the company enjoys a mammoth stake in each segment and for good reason – Sony’s audio solutions are usually designed with the masses in mind. Which is why, I was particularly intrigued by the WI-1000xM2s – a pair of premium, neckband-style Bluetooth earphones with Active Noise Cancellation which come at a time when truly wireless earphones have become the new norm. Naturally, I got myself a unit to test and after spending some time with the pair, here’s what I make of it.

The design of the Sony WI-1000xM2 is polarizing, to say the least. To my eyes, Sony has gone with function over form and while the M2s aren’t the most aesthetically pleasing earphones, the pair makes up for that by offering a treasure trove of buttons that cover a wide range of commands. So much so, during my time with the pair, I rarely ever had to take my phone out to control my music playback as the M2 would have a toggle for all my needs. Be it variating the volume, skipping to the next track in the queue, or having a custom preset to either invoke the search assistant of your choice (Alexa or Google Assistant) or sift through the different ANC levels, the WI-1000xM2s can do it all. 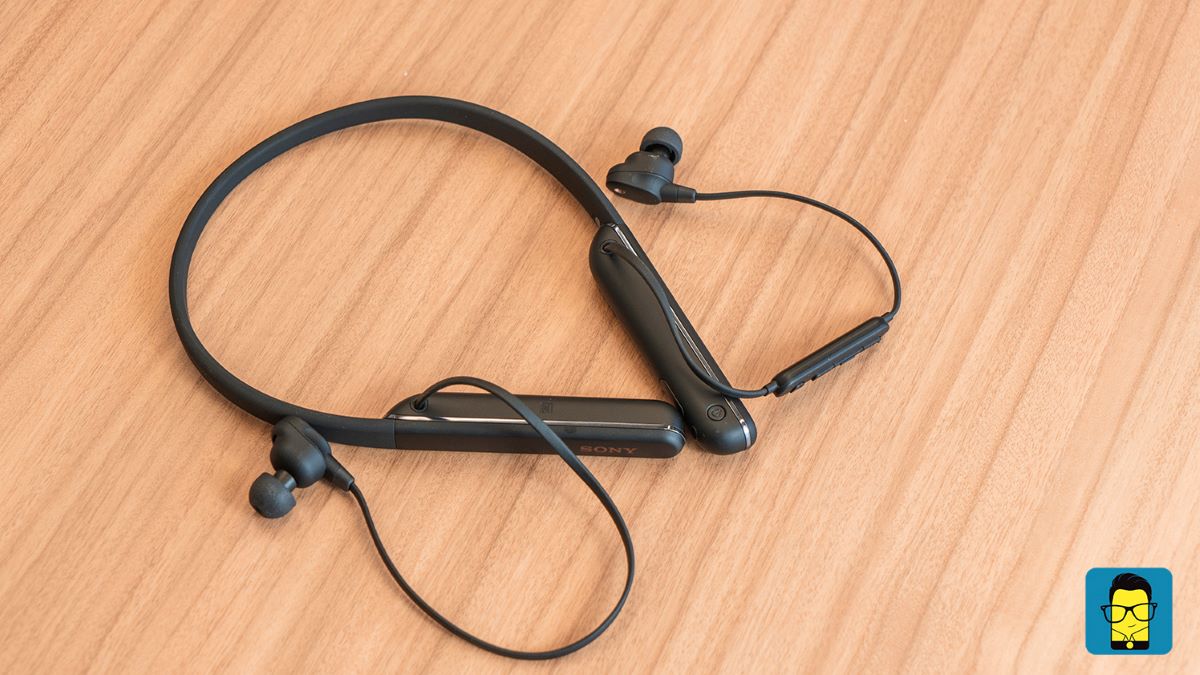 Furthermore, the earphones adhere to the current standards and feature a USB Type-C port for charging. As an added bonus, the pair even comes with a 3.5mm port which can be used to listen to tunes in a wired mode. More on that later, though.

Unfortunately, the added functionality offered by the Sony WI-1000xM2 earphones does come at a cost. For one, the earphones ship with a chunky neckband to house all the fancy electronics associated with ANC tech. Secondly, the pair doesn’t ship with an IP rating or sweat-proofing of any sort either, and therefore, you can all but kiss going out for a run in the rain goodbye. In fact, the earphones won’t really do you any favours if you’re working out in a controlled environment either as the neckband simply refused to stay anchored around my neck. To the company’s credit, the WI-1000xM2’s have been designed to cater to business professionals and not gym-goers. In fact, from its brushed matte finish to the unit’s copper accents, the WI-1000xM2 screams sophistication. The earphones even ship with a gorgeous carrying case and come with a slew of accessories, including a 3.5mm cable for wired connections, a USB Type-C cable for charging, a total of seven ear tips which ensure a comfortable in-ear fit and a 2-pin adapter for in-flight use. Regardless, for its asking price, I would’ve at least liked to see some form of sweat-proofing. But, I digress.

The Sony WI-1000xM2 too comes with support for the company’s Headphone Connect app. Now, if this isn’t your first rodeo with a high-end Sony headset, then you would be familiar with most of the app’s features. However, for the uninitiated, the Headphone Connect app lets you finetune your listening experience by tweaking the WI-1000xM2’s EQ, change the ambient sound and noise cancellation settings and even turn on features like DSEE:HX, which per the company, upscales the quality of a standard MP3 to high-res quality. In actuality, I didn’t notice a stark difference when streaming tunes from Apple music but, the feature is there for you to try. 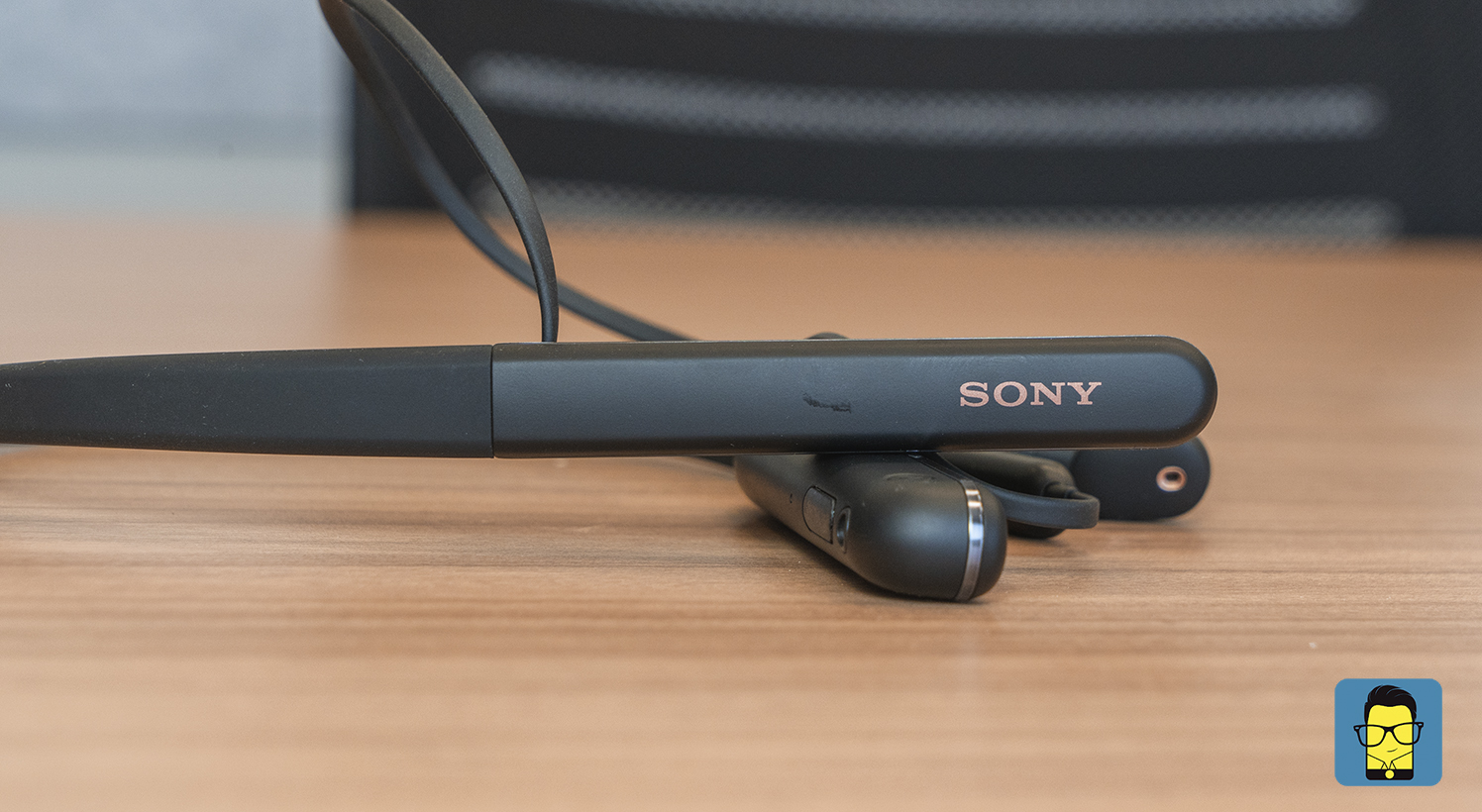 As for noise cancellation, well, it doesn’t offer the “pin-drop silence” I’d associate with the brand’s WH-1000xM3 but, it’s not all that bad either. The ANC tech on the WI-1000xM2 is backed by the company’s QN1 chip and it works well enough to drown out things like the hum from an engine but it won’t completely subdue your colleagues’ chitter-chatter. On the whole, I’d advise you to keep your expectations in check when it comes to the earphone’s noise-cancellation prowess.

By now, you must be wondering – how do the Sony WI-1000xM2 sound? In two words – pretty good. The earphones are of the dual-driver variety and ship with a 9mm dynamic driver and a matched Balanced Armature driver inside each earpiece. The pair connects to compatible devices via Bluetooth v5.0 and comes with support for AAC, SBC, and LDAC codec. The unit is High-res certified too, however, for the purpose of this review, I streamed music primarily from Apple Music and used my Oneplus 7T Pro as the source. 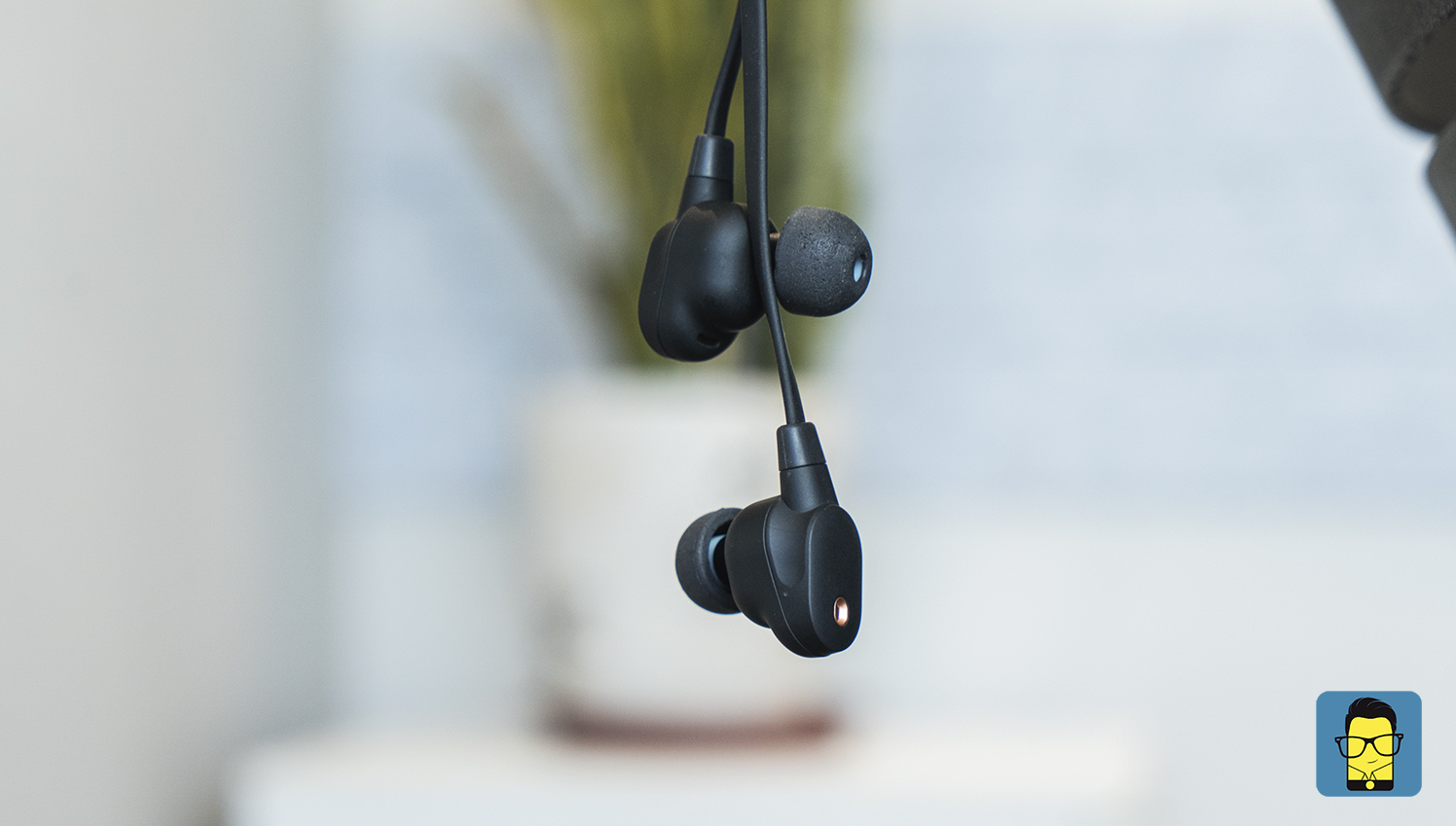 Coming to the sound performance, the WI-1000xM2 deviates from Sony’s tried and tested ‘bass-heavy’ sound signature and offers listeners a more balanced audio output. Correspondingly, unlike most other earphones and headphones from the company’s stables, the WI-1000xM2 offers a richer, more eloquent mid-range and clearer highs too. As a result, acoustic blues from artists like Tom Walker and Lewis Capaldi shine on the pair as the vocals don’t feel subdued by the unit’s low-end. What’s more, the pair doesn’t skimp on the details either, which was evident when I heard Leave a light on by Tom Walker, wherein, the subtle raspiness in the singer’s voice during the chorus was relayed wonderfully by the M2s. I’d also like to add that the WI-1000xM2 makes for a great set of earphones to listen to podcasts as I didn’t notice any sibilance during my time with them. In a similar fashion, songs from the rock/metal genre had a lot of energy and sparkle, albeit didn’t sound fatiguing to my ears. Tracks like So long, And thanks for all the fish by A Perfect Circle will have you tapping your feet and jamming your head to the riffs from the guitar in no time. Unfortunately, I wasn’t quite sold on the earphone’s low-end output. Not only did the beats lack a satisfactory thump, but they weren’t as tight either. Correspondingly, if you listen to a lot of EDM/Pop music, then you might be better off with a different Sony headset. On the bright side, the WI-1000xM2 offers a wide soundstage and stellar imaging too, ensuring all instruments are audible, even in chaotic soundtracks. Interestingly, I didn’t notice any performance difference when listening to songs with the headset in wired mode. The battery life of the earphones, however, is average at best and the earphones lasted me roughly nine hours off a single charge.

At Rs 21,990, the Sony WI-1000xM2’s price tag isn’t for the faint of heart. For its asking price, the pair offers a balanced sound signature, a premium design, and decent noise cancelling chops. That being said, the unit’s low-end output leaves much to be desired and the lack of any sort of IP rating seems like a glaring omission too. That said, the WI-1000xM2 serves a niche, and provided you want a neckband-style earphone that comes with ANC, then Sony’s latest is worth a shot. If your mind is not set on the form factor, then the company’s WH-1000xM3 will offer a much better sonic and ANC experience.