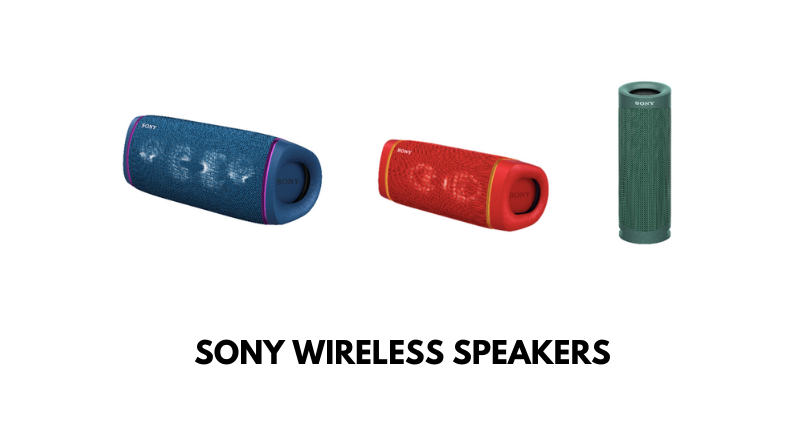 Sony has launched three new Bluetooth speakers in its existing line-up in India. The new speakers are priced respectively, Rs 8,990, Rs 12,990, and RS 16,990. They will be available for purchase starting July 15, i.e. tomorrow, in different colours. The availability spreads across online stores and online portals including their own, ShopatSc.com.

The company announced three new wireless speakers dubbed as SRS-XB43, SRS-XB33, and SRS-XB23. The new Bluetooth 5.0 enabled speakers are teased to be Sony’s al new rugged lineup. They all are rated IP67, which could only mean they are waterproof, rustproof, and dustproof.

Offering a balanced speaker unit, the new line up comes with Extra Bass technology for deeper, punchier, and enhanced sound quality. All of these models support Google Assistant and Siri, thus making them convenient for voice control features. Sony has equipped its range of speakers with a built-in mic for hands-free calling.

They reportedly come with exceptional battery life for uninterrupted music experience. The XB43 and XB33 offers up to 24 hours of music playback, while it’s up to 12 hours for XB23. All of them can be charged via USB Type-C port. Sony’s proprietary application to control speakers offers a ton of functionaries, starting with music settings and even offering ways to connect all Sony speakers together via Party Connect feature. Up to 100 speakers are supported.

What do you guys think of the all-new Sony wireless speakers in India? Let us know in the comment section below.