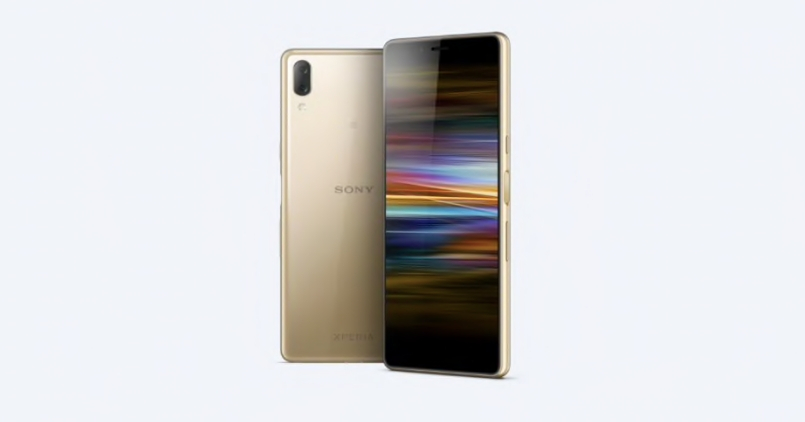 Sony’s entry-level series has received a new upgrade at MWC 2019, dubbed as Xperia L3. This new handset has been announced alongside Sony’s flagship phone, the Xperia 1 and two other mid-range phones; the Xperia 10 and Xperia 10 Plus. Let’s talk about the all new Xperia L3 below.

Sporting a plastic unibody design with a metallic finish, the new Sony Xperia L3 comes with a 5.7-inch HD+ resolution display. It has an 18:9 aspect ratio and offers a corning gorilla glass 5 protection. Powered by a MediaTek P22 processor, which is an Octa-core chipset. It is accompanied by a 3GB of RAM and 32GB of internal storage, which can be expanded via microSD card slot.

On the camera department, it has a dual rear camera setup, comprising of the 13MP f/2.2 aperture primary lens and a 2MP depth sensing f/2.4 aperture lens. They offer 4x digital zoom, hybrid AF technology, and bone effect. On the front, you get an 8MP selfie camera with display flash support.

All this is powered by a 3300mAh capacity battery. It offers a side-mounted fingerprint sensor. The connectivity features include 4G, NFC, Wi-Fi, Bluetooth 5.0v, USB Type-C Google cast, and more. It weighs 156 gram and has a thickness of 8.9mm.

The handset is set to arrive in select regions starting today. It will be available in three coolers, black, gold, and silver. Unfortunately, the brand hasn’t shared any pricing details yet. What do you guys think would be the pricing of this phone? Should Sony be aggressive about pricing this in India? Let us know in the comment section below.