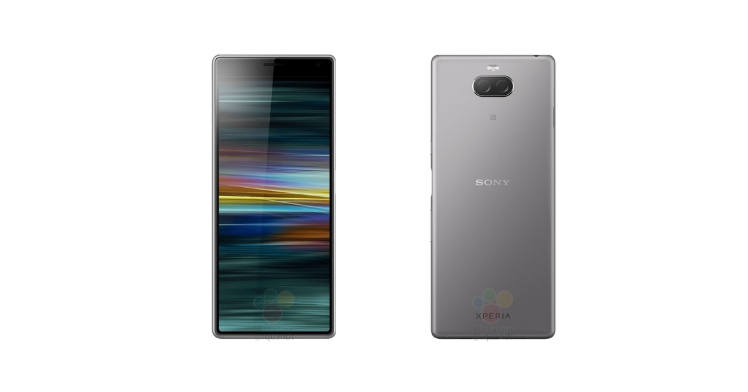 We have been consistently hearing about Sony’s Xperia XZ4, the successor to the XZ3 smartphone. But the mid-range XA3 seems to be missing a lot of actions. And thus maybes popular leakster, Roland Quandt decided to take upon himself. We now have a set of new renders that showcases the incredible display ratio of the upcoming Sony phone.

Sony is all set to introduce its new line-up for the year at MWC 2019 and we may see the Xperia XA3 alongside other Sony phones poised to be announced at the event in Barcelona. Let’s take a look at these new renders and find out what they give us info about.

There is a lot of common stuff that you would notice in comparison to the previously leaked renders. For starters, it is said to offer a dual rear camera setup on the rear. In a manner that has not necessarily seen before. The two modules are side-by-side in a horizontal fashion and the dual-tone LED flash is sitting above that model close to the top edge. Other than that the rear looks super clean.

Coming to the front, because that’s where you’d notice a striking feature. Sony is reportedly introducing a 21:9 aspect ratio screen not only on its flagship, XZ4 but on the XA3 as well. In an interesting take, the chin looks quite thin compared to the top bezel, which is quite bigger, housing earpiece and selfie camera.

Sony would be offering an extremely tall display, but it could probably measure at 5.9-inches. The screen resolution is said to be at 2560 x 1080 pixels. The fingerprint sensor looks to be fitted on the right edge, halfway up side. The bottom edge is housing speakers and a USB Type-C port.

There are no concrete leaks regarding the internal specs, but the Xperia XZ3 is believed to be powered by a Qualcomm Snapdragon 660 SoC, 4GB of RAM, 64GB of storage, and a 3500mAh capacity battery. Stay tuned in to Mr. Phone as we bring you news straight from MWC 2019.