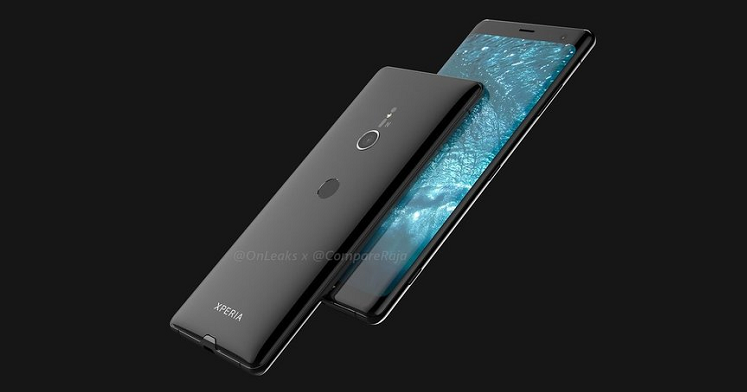 Sony’s next flagship that will launch this year will be the Xperia XZ3 succeeding the Xperia XZ2. And although Sony has remained tight-lipped about it, it could very well be revealed at its IFA 2018 summit on August 30. Previously, the handset was revealed in renders, but a new 360 degree render by Steve Hemmerstoffer, widely popular as the credible @OnLeaks, has just dropped in today. The tipster has also rubbished previous renders saying they were fake and his new renders show a mild change in what Sony has been making in 2018.

The first major noticeable thing is the seemingly curved glass display with rounded corners. The current Xperia XZ2 uses a more rectangular shaped panel instead. Obviously, the 18:9 aspect ratio was embraced earlier this year by Sony and it makes it to the flagship here. The display itself is 5.7-inches in size. There’s a Sony branding at the bottom and you won’t find Stereo speakers on the handset. The edges also now seem more refined and more seamlessly join the top and front portions of the device. The other elements are more or less unchanged and the glass rear also goes through almost no changes.

Also read: Meizu 16 is launching on August 8 to take on the OnePlus 6 and Mi 8

One thing worthy of mention is the single rear camera at the back, which until now was largely predicted to be a dual setup. This new reveal has led to speculation that Sony might fit in the 48MP IMX586 sensor unveiled recently. As far as specs are concerned, the Xperia XZ3 should come with regular flagship material like the Snapdragon 845, 6GB of RAM, and 128GB of internal storage.