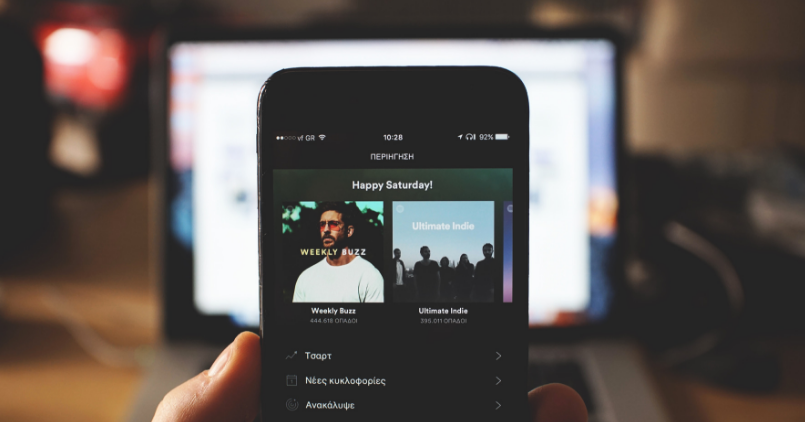 On the day Spotify India released its services, I was sold out on the idea for its premium subscription in the country. While I’m yet to renew my subscription for the second month, the company is about to introduce a set of feature to its Android application. The most interesting of all seems to be the one where the Sleep Timer for songs is enabled. Let’s talk about the upcoming features of the Spotify for Android below.

According to a Spotify user on Twitter, the company has started testing out a certain set of features that you might like on the Android application of your favourite music streaming service. Starting with the Sleep Timer feature. This could be developed by a genius at the company who likes to fall asleep while slitting to music on the app. This story is just a theory, but it shall help other people who think similar and want a Sleep Timer.

The screenshot shared by Jane Manchun Wong led us to believe that there could be six different time intervals that you’d be able to select. Once selected, the audio streaming will stop when the timer finishes.

Scan a song on Spotify

The next feature on Spotify that was discovered by Miss Wong is the “Connect with Friends”. This is quite an interesting one. We tend to rely on our friends a lot, and Spotify has found a quick and easy way to share songs its Android app. This new “Connect with Friends” feature will allow users to scan the code of the songs playing on their friend’s app. 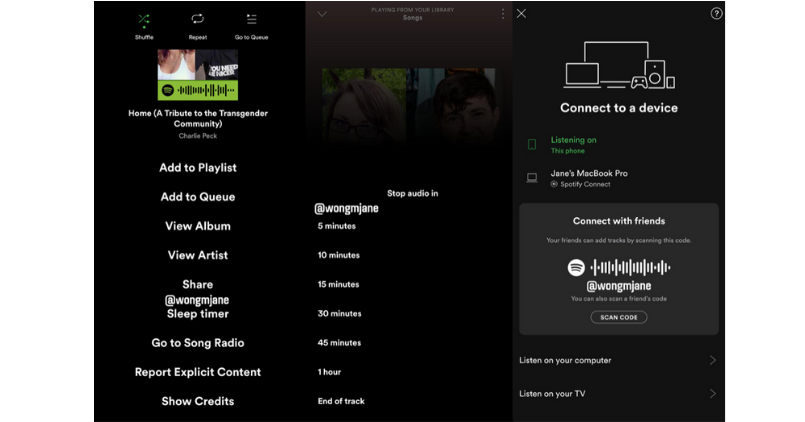 Or if they want to add tracks to your current playlist, it can be done as well. This is quite a useful feature and I believe will promote its services further. I’m already sold on the seamless integration of the service between multiple devices. Now modifying the playlist of friends would be made easy because not all of my friends have a good taste in music.

Hold on, there’s one more feature that’s been tested out by the company.

The Spotify for Android could also bring more application integration. While it currently offers a handful of them, the service applets are bound to increase. Starting with Google Maps integration. The company already has Waze integration on its Android app. But we may soon see Google Maps as well. Meaning the music control is about to become a hell lot easier when you’re driving/on-the-move and using Google Maps at the same time. Thus keeping your focus on driving. 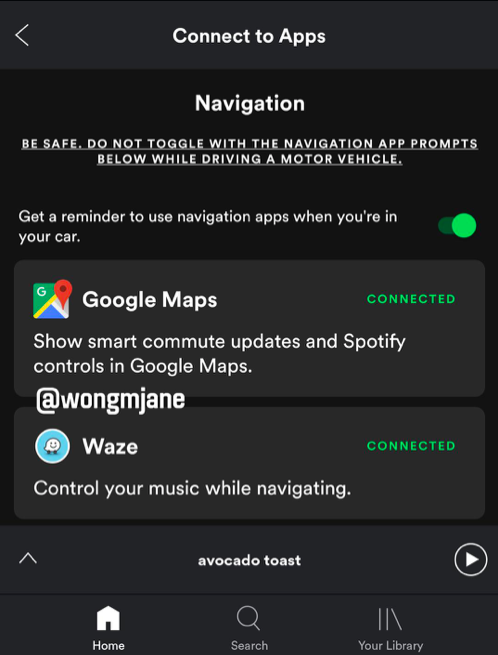 Note that these features were reverse engineered by Miss Wong and they aren’t necessarily going to be part of Spotify’s Android application service. Although, we would love them to be part of at least Beta testing for the application. Let’s hope the company is reading this article. What do you guys think of these Spotify for Android features? Drop your feedback below.