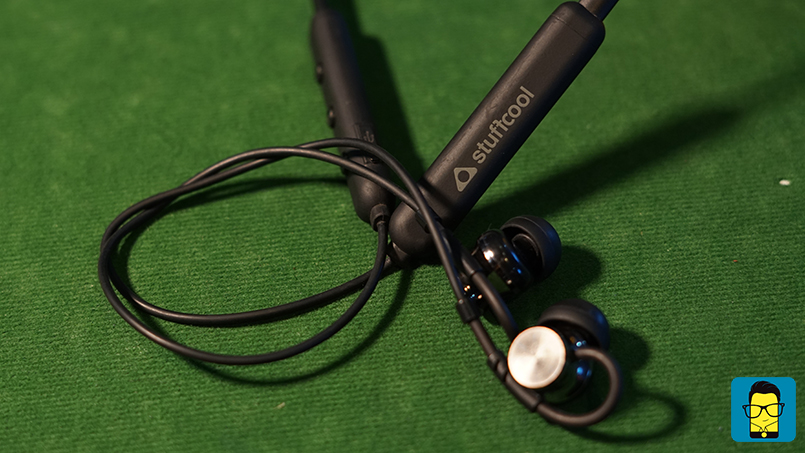 With 3.5mm jack fading away, everybody is slowly moving on to Bluetooth earphones. Now, with Bluetooth 5.0 here, promises of better audio quality are being made. Sadly, most of the wireless earphones that support Bluetooth 5.0 cost way too expensive. Or do they? Enter Stuffcool Monty, the company’s latest product that offer Bluetooth 5.0 support at a price of just Rs. 2,000. However, with such a price, what are the areas where the company has done its cost cutting? Well, let’s find out, as we review the Stuffcool Monty wireless bluetooth earphones. 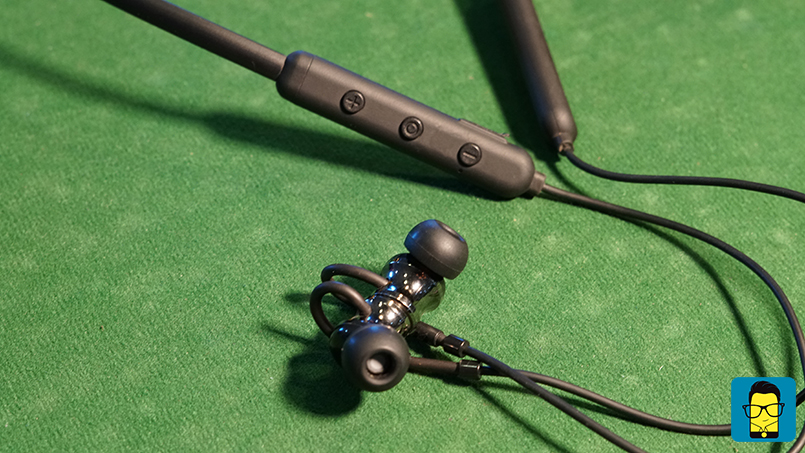 The Stuffcool Monty Wireless is pretty latest when it comes to the official specs of the earphones. Coming with support for Bluetooth 5.0, the earphones sit behind your neck comfortably. Thanks to the neckband, you get a whopping 180mAh rechargeable battery, that the company claims to last for up to 9 hours. If you want to charge the earphones, there is a rather flimsy micro-USB port, that takes about 1.5 hours to charge the earphones completely. There’s also a built-in microphone for phone calls/handsfree use. 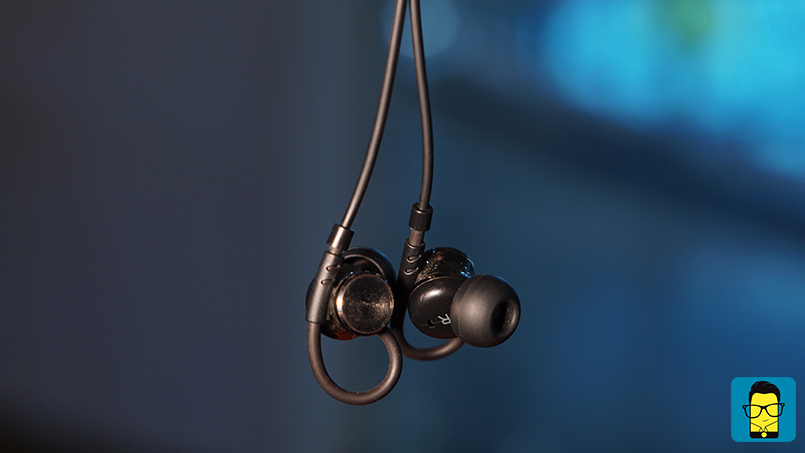 For starters, the earphones seem to be slightly flat but still well balanced. The vocals are quite audible, and even on high volumes, the music doesn’t distort much. Also, unlike the Dizzy, the Stuffcool Monty actually offer a slight amount of bass in the background. I am a bass lover myself, and while I wasn’t entirely satisfied with the experience, I still found it to be better than having no bass at all. Even while playing Afraid to be Lonely, the earphones did exhibit a pretty standard amount of bass. Honestly, the bass here is quite natural, and though I would have liked a little more punch in it, I’m okay with it. However, if you’re someone who fancies bass over everything else, these ones are not for you. They’re better than the Dizzy one’s, but not good enough to be recommended to bassheads. That said, if you’re looking for more of a natural signature, these could appeal to you. 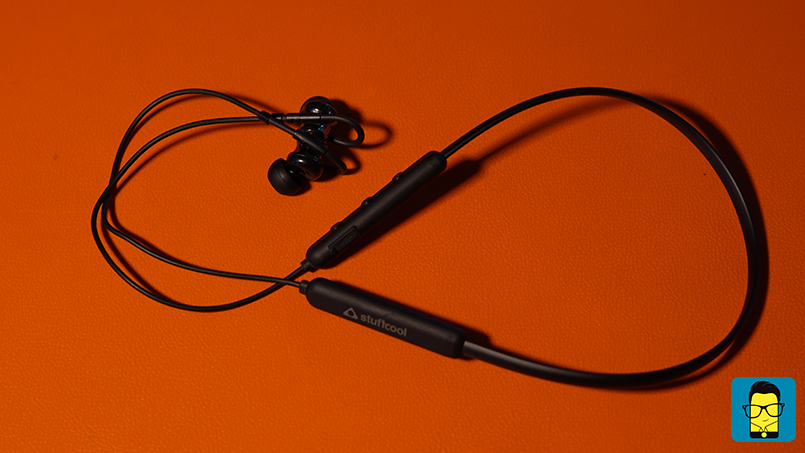 The mids on this thing are pretty good, on the other hand. “Can’t Tell You Why by Eagles” is one song that sounds absolutely perfect on these earphones. The acoustics are well heard, and the earphones manage to bring out sound quite perfectly in certain genres. From my testing, I found that Blues and Classic Rock are songs that are best heard on these earphones. Which is pretty much the same feeling I had with the Stuffcool Dizzy. When you move over to Pop songs like Bazzi’s Mine or 7 Rings by Ariana Grande, the sound seems to be sort of flat. And if you move on to songs like Apocalypse by Cigarettes After Sex, the earphones to make you feel that you’re getting just the bare minimum value for your money. The real test comes during EDMs or Dubstep. The earphones sounded sub-par during any of Skrillex’s tracks and even crashed out Ellie Goulding’s vocals during Lights.

To put this in a nutshell, the audio quality of these earphones will certainly cater to someone who enjoys the natural sound. For users out there who prefer enhanced bass or super-clear vocals, you might want to give these earphones a pass.

Now, here’s my biggest issue with the Stuffcool Monty – the user experience. Let’s start off with the buttons. The buttons on this thing are just weird. If I had to use a word to describe them, I’d say cheap. Yes, the coating feels cheap, and the tactile feedback on pressing them isn’t great either. But I could have managed to live with that. One thing that I find super absurd is the inclusion of magnetic tips behind the buds, that serve absolutely no purpose at all. I mean, I’ve used the Realme Buds as well, and my opinion over there was the same. If you’re going to add magnetic properties to your earphones, make use of it. 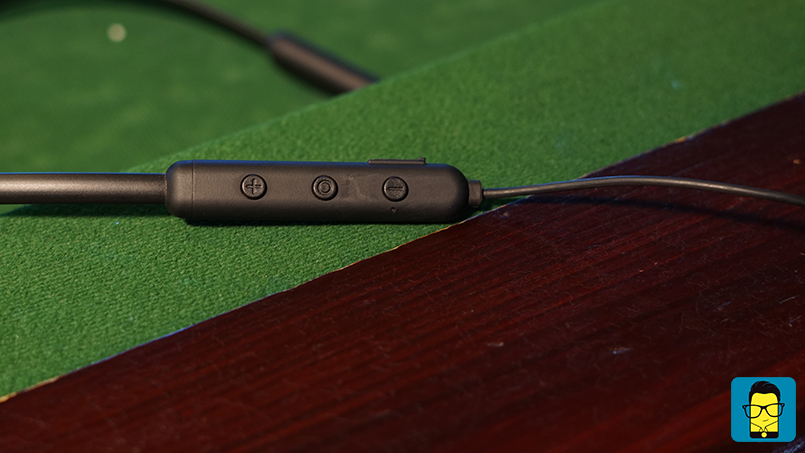 Unlike the OnePlus Bullets or the Stuffcool Dizzy, the magnets here play no role whatsoever. The design itself is a neckband so it’s not like managing them is going to be hard. The whole idea of magnetic buds recently has been to have the play/pause feature easily for your songs. Sadly, there is no such thing present here. I know it sounds like a rant, but trust me, it isn’t. You see, the entire user experience could have been uplifted so much by adding that feature. However, without it, I’m constantly just letting go of my earbuds, only to later realize that the music is still playing.

Now, apart from that, the Bluetooth pairing has been no hassle. But wait, I’m talking about just the pairing part. Not the playback aspect of it. The fact is that I was constantly getting a gap of 2 seconds of any interaction on my smartphone and the audio being played on the earphones. That lag was just so darn annoying. Yes, while normal audio streaming, it isn’t much of an issue. However, while watching a video or playing a game, even the slightest loss in sync really destroys the user experience. And that is exactly why I was so disappointed.

Let’s talk about the battery life of these earphones. The company claims a playback time of 9 hours, which is pretty optimistic. Sadly, it is also far away from the truth. I used the Monty on my travel from Home to Work and back, and they’d last only a single day, which means a cumulative playback time of 3.5hours. Yes, that is in line with most of the Bluetooth wireless earphones out there, but it’s considerably lower than what was promised to me. As for charging, it takes a little over 90 minutes for a full charge, so there’s that.

Now I’m sure you must be wondering whether the Stuffcool Monty Wireless Bluetooth Earphones are worth your buck or not. Well, to be fair, its a tough call. They do offer kind of a lot that the Stuffcool Dizzy too while undercutting Rs. 1,o00. However, the overall experience is a bit of a struggle. The audio signature, as I said, depends upon your liking, and would differ from person to person’s liking. However, the user experience is going to be nearly the same, which is pretty bad. My suggestion would be to go for the boAt Rockerz 255 since they offer a similar sound experience with slightly better-tuned bass and much better user experience. That too, for Rs. 500 less.