TCL showcases its TCL DragonHinge technology for foldable smartphones in 2020 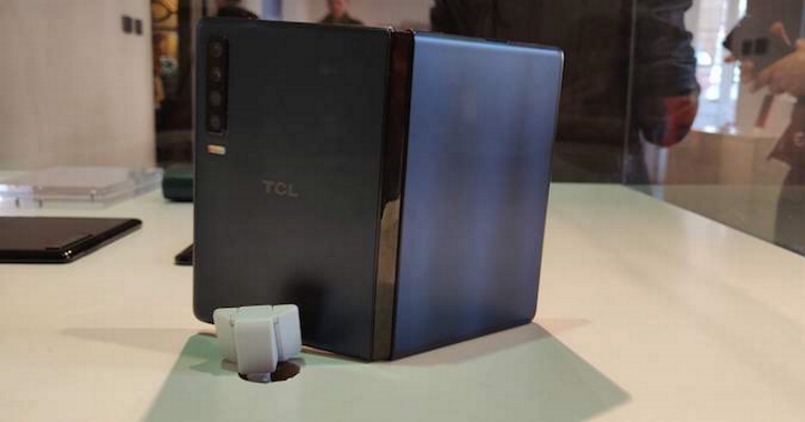 While TCL has confirmed that it won’t release its first foldable phone until 2020, it did showcase its new DragonHinge technology. According to TCL, the DragonHinge technology “creates a mechanical housing” for foldable display devices to function in several different use cases. TCL had showcased plenty of foldable form factors. It includes an inward folding tablet-to-phone model and a handset that bends closed similar to a clamshell phone.

The foldable smartphone comes with a 7.2-inch 2K (2048 x 1536) AMOLED display with a 90.73 percent screen to body ratio. It folds inward from 0 to 180 degrees. TCL claims that the user interface will be optimized for multitasking, email, gaming, and other common smartphone functions. The company has stated that it will collaborate with its sister company CSOT to provide in-house flexible AMOLED displays for future devices. The basic idea behind TCL’s foldable smartphones is to offer modern technology at a cheaper rate.

As of now, there is no confirmed date for TCL’s foldable smartphones. However, we do know that the device won’t be launched before the year 2020. The company states that many devices are currently launching as market prototypes with astronomical prices and first-generation issues remain to be seen. As such, TCL wants to ensure they can provide an economical product that is free from most of the first-gen issues.