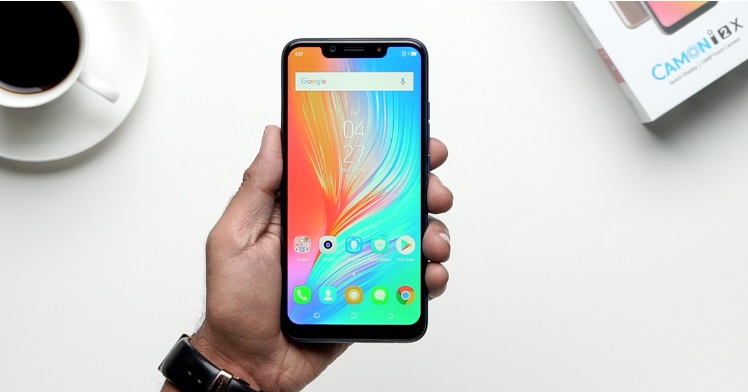 Tecno Mobile has launched a budget smartphone in India. The Tecno Camon i2X is priced at Rs 12,499 and comes as an affordable option for the masses. After getting 23 per cent quarter-on-quarter growth in Q1 of 2018, the brand is all set to grow even more in the Indian market. The Camon i2X is quite an attractive option in the budget section.

The smartphone comes with a large 6.2-inch notched display with HD+ resolution of 700 x 1500p. The aspect ratio of the display is 19:9 and hence, you just see some small bezels on the top and bottom. The Tecno Camon i2X runs on the MediaTek MT6762 octa-core processor with 4GB of RAM and 64GB of ROM. The latter can be expanded via a microSD card. Look wise, the phone is quite interesting as it has a glossy rear panel with a vertical dual camera setup and fingerprint sensor.

On the back, the Camon i2X has 13MP + 5MP sensors where the former has an aperture of f/1.8. The dual rear camera setup is also laced with a quad LED flash for clearer results. For the selfie lovers, the phone has a 16MP snapper with an aperture of f/2.0. Some of the camera features of the phone include Bokeh Mode, AI HDR, Panorama and AI Beauty.

The Tecno Camon i2X runs on 3750mAh battery and Android 8.1 Oreo with HiOS 4.1 on the top. The device has launched in a competitive market and it’d be interesting to see how it fares in the same. What do you think? Let us know in the comments below. Stay tuned to Mr. Phone for more.