Tecno Camon i4 with triple rear camera setup launched in India at Rs 9,599 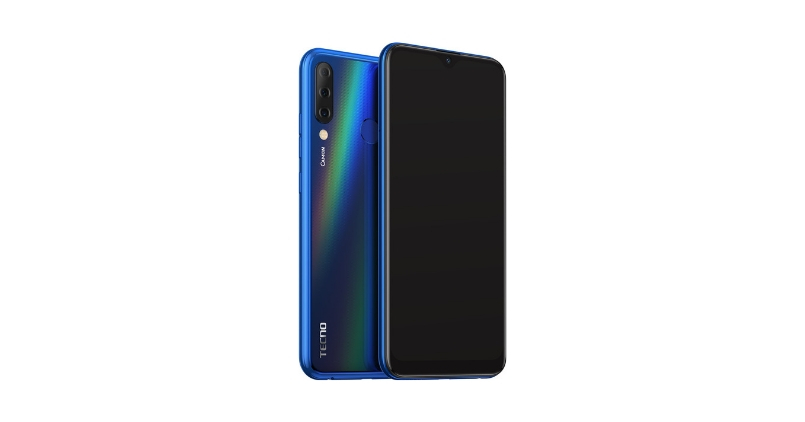 Starting with the talk of the triple rear camera setup details, it comprises of a 13MP resolution lens with f.1.8 aperture size, an 8MP lens, and a 2MP lens as well. The 8MP lens is an ultra-wide angle (120 degrees), while the 2MP lens is a depth sensor for adjusting live focus. Further, the company also offers a 16MP AI Selfie camera with 4-in-1 big pixel technology for better clear selfies.

It is powered by a MediaTek Helio P22 processor and comes with 4GB of RAM and 64GB of internal storage. There is a second model with Helio A22 processor, which is offered in two storage and RAM variants. 2GB + 32GB, 3GB + 32GB, these are the two configurations available for the second model.

Interestingly, it will be running on the Android 9 Pie based HiOS 4.6 custom interface. Talking about the connectivity options, it has a 4G VoLTE dual SIM support. Apart from the rear-mounted fingerprint sensor, it has a Face Unlock feature as well.

The display you see is of 6.2-inch and sports an HD+ resolution. Sporting a dot notch display design, it comes in four exquisite colours including midnight black, aqua blue, nebula black, and champagne gold. It will be powered by a 3500mAh capacity battery and comes with a rocket charge feature.

The second model of the Camon i4 starts at Rs 9,599 and also goes for Rs 10,599, which is offered with Helio A22 SoC. What do you guys think of the new Tecno Camon i4 in India? Drop your feedback in the comment section below.