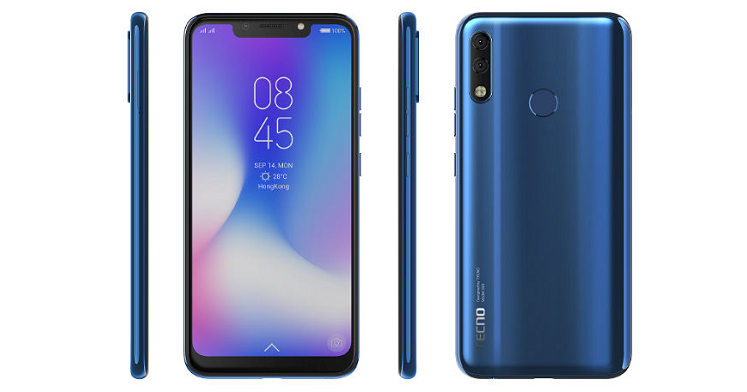 Tecno Camon which is a relatively new Chinese smartphone maker in India has announced a selfie-centric smartphone called Tecno Camon iClick 2. Its marquee feature is the 24MP selfie shooter at the front and the handset costs Rs 13,499. It will be available in Aqua blue, Midnight black, and gradient Hawaii Blue shades.
The Tecno Camon iClick 2 succeeds the iClick and is the most high-end offering from the company. It has a glossy glass finish at the back and the front has a notch display and a huge battery.

The Tecno Camon iClick 2 has a 64-bit 2GHz MediaTek Helio P22 octa-core processor coupled with 4GB of RAM and 64GB of native storage. This is expandable up to 128GB via microSD. As for the front, most of it is dominated by the 6.2-inch HD+ FullView display that has a notch which is home to the 24MP selfie camera. Of course, there’s the mandatory AI stuff on it with modes like Super Pixel and AI Bokeh. It has a dedicated flash to capture good low-light snaps as well as AI beauty feature that scans 298 facial points for a better selfie.

Tecno is also offering one-time free screen replacements within 100 days of purchase as well as 50GB of Jio 4G data along with the handset.