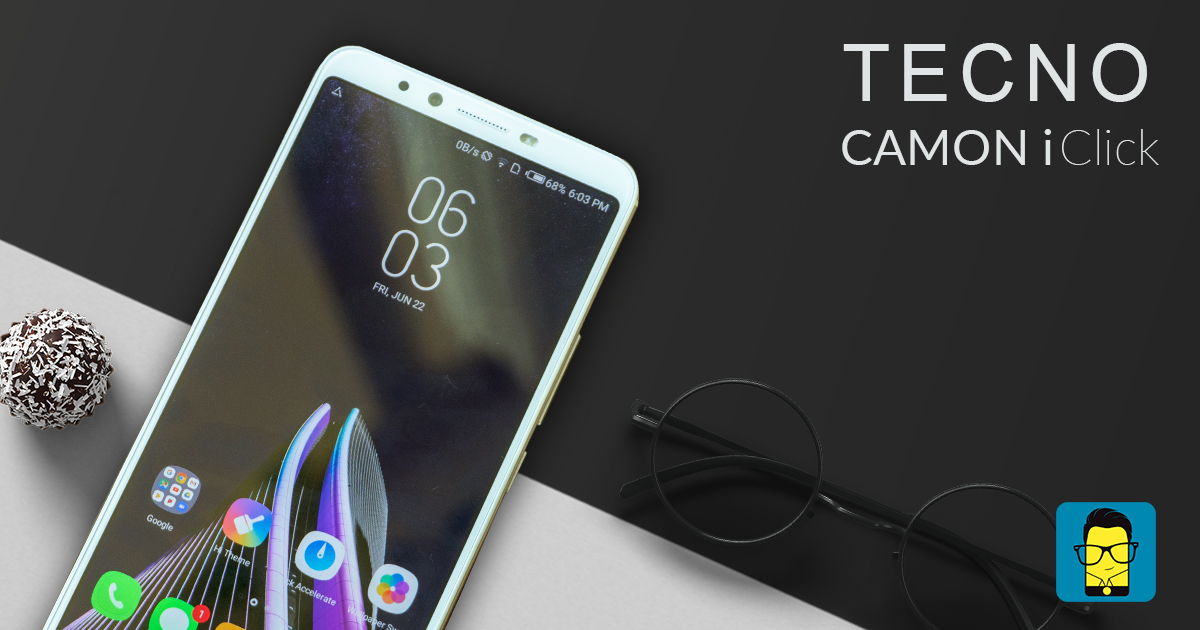 Tecno came to Indian smartphone market about a year ago and the company has so far released a good range of handsets. The new Tecno Camon iClick adds one more to its existing range in the country. Jumping on the the whole artificial intelligence (AI) trend, the company has introduce AI-enabled camera capabilities on the front camera of its latest smartphone. With a market price of Rs 13,999, this Tecno phone has to go up against some rank tough competitor. The consumer has a range of options from likes of Xiaomi, Honor, Asus, and Nokia.

While the Camon iClick brings a lot of other features apart from its claimed AI camera benefits, I felt it doesn’t really match up to the expectations. Why do I think that? Let’s explore in detail in this review below.

Tecno Camon iClick design and display: sleek but not appealing

When I spend close to Rs 15,000 on a smartphone, I expect it to look elegant and attractive enough to grab eyeballs. While I don’t like to flaunt my phones, I appreciate good design. For this Tecno smartphone, I can’t say that I felt anything close to that. Despite its sleek design and firm body, it didn’t feel quite out of the world. The Camon iClick has an ordinary design, which is no doubt comfortable to hold, but doesn’t give you the feels. 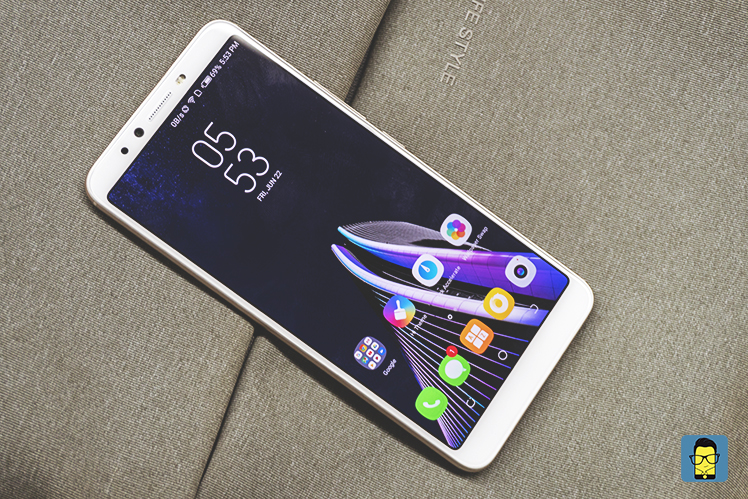 Antenna lines on the top and bottom of rear try to give a distinctive look, but fails miserably, because it doesn’t blend or shine at all. Just above the embossed logo of Tecno, you can find the fingerprint scanner. And above that – on the left top side – is a single lens rear camera along with quadruple LED lights. Coming to the front, this Tecno phone looks like any other average smartphone of 2018. 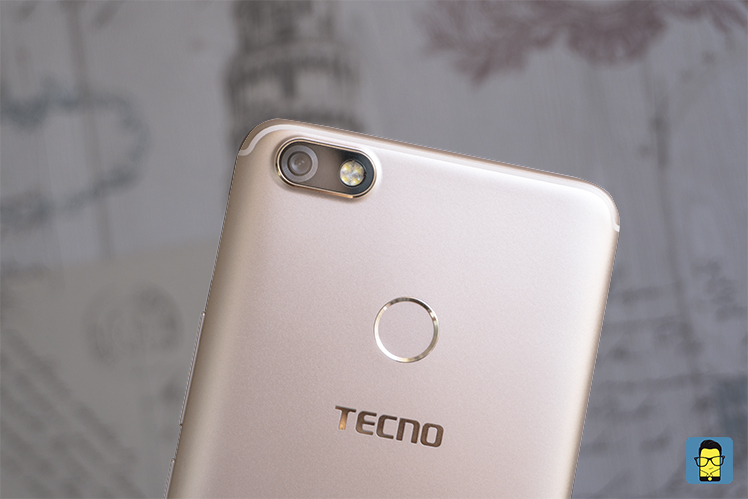 As far as the display is concerned, I’m not a fan of IPS LCD panels. Plus, it has a low resolution of 720 x 1440 pixel on a large 6-inch screen. This brings down the pixel density to below 300 ppi, and that’s not at all ideal for a good viewing experience. There are few things that I like about this display and the 18:9 aspect ratio is one.

If you’re someone who likes streaming movies and TV shows a lot on their smartphones, then I’d suggest you stay away from this handset. You won’t enjoy watching any videos, because the viewing angles are pretty bad. Further, due to a low brightness level of the panel, at times it’s hard to make out what’s going on on the display.

When a brand as young as Tecno comes to India with a phone that offers an unmatched software experience, you’ve got to appreciate it. And that’s what I would like to highlight here. The HiOS on Tecno Camon iClick might not be laced with a lot of features, but it sure seems sufficient for all the experience one seeks. The Android 8.1 Oreo-based custom user interface impressed me in terms of its seamless performance. Whether its notification panel or settings app, they all are filled with a ton of customisation options. 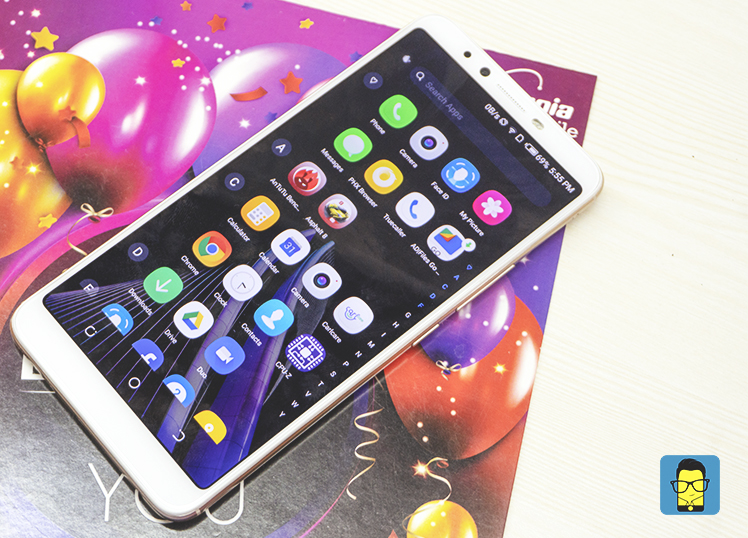 You’ll see app permissions, special app access, DIY themes, storage management, and easy access to input methods. Tecno has provided a lot of features but unfortunately, they failed to introduce the one option that matters to me; the on-screen navigation buttons can’t be modified. I just hate it when companies think they could just switch the functions of back and recent apps, and we are supposed to be okay with it. 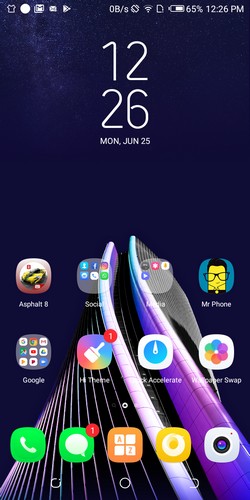 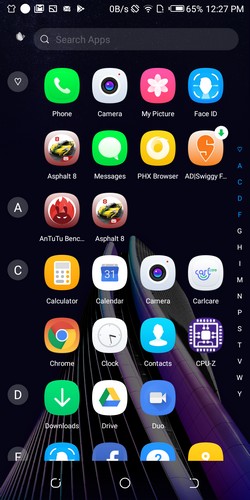 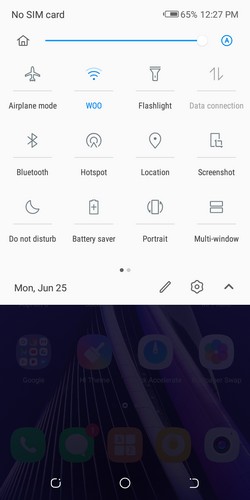 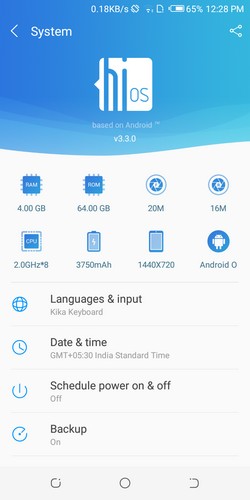 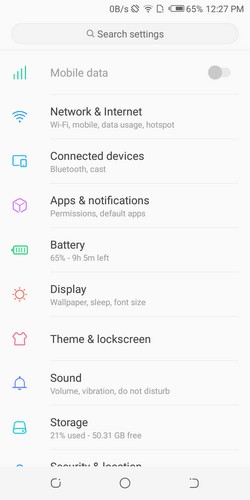 I would sum up the HiOS experience to be dependable and lag-free. While it lags behind at certain levels, but overall, it offers a seamless experience.

This is one of those times when a brand touts a feature as the USP of the device, but it ends up being one of the poor features of the device. The selfie camera on the Tecno Camon iClick is one such feature of the device. While no doubt that Tecno has offered a high-resolution lens and a dual LED light to support night shots, but unfortunately, I didn’t like the selfie experience most of the times. 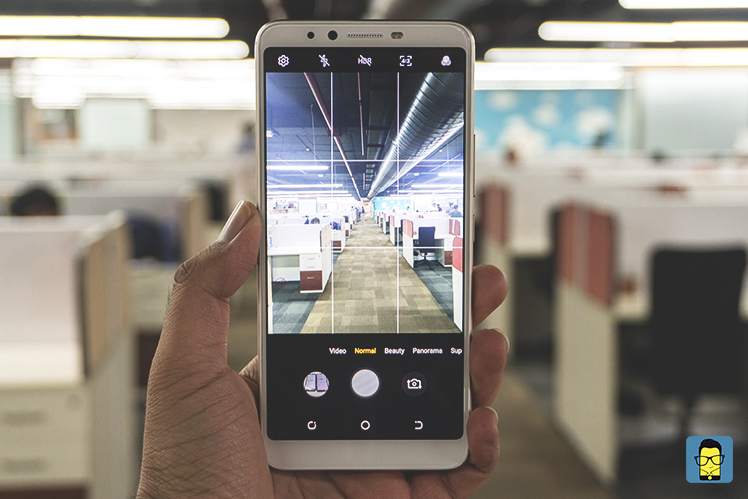 The company claims that its selfie camera is supported by AI, but it’s hard to tell with no visual indication for it. During daylight, it can capture decent selfies after you struggle to get angles right. What you see on the viewfinder is what you get even after post processing. And that’s where it’s hard to tell whether it actually has an AI feature or not.

Moving on to the rear camera, which is a 16MP resolution lens; it failed to impress with its pictures irrespective of the lighting – plenty or low. While the details tend to stick, the problem with these outputs is in terms of color saturation and edges of the objects. The noise is easily visible at edges of the objects captured. While the focussing is pretty incredible, the camera lacks in post-processing. 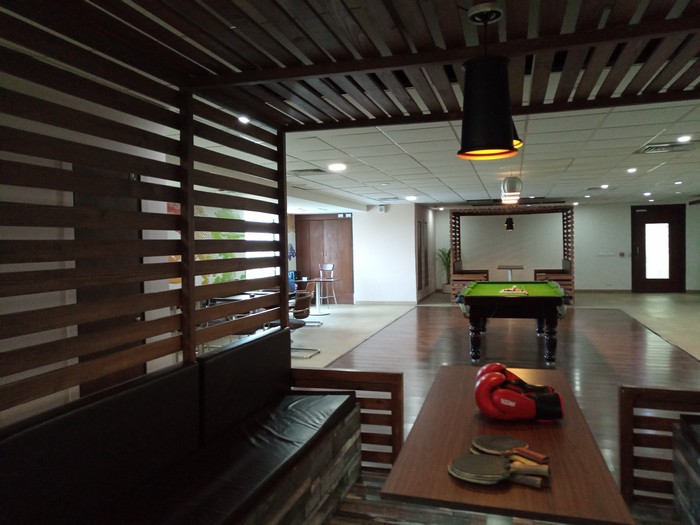 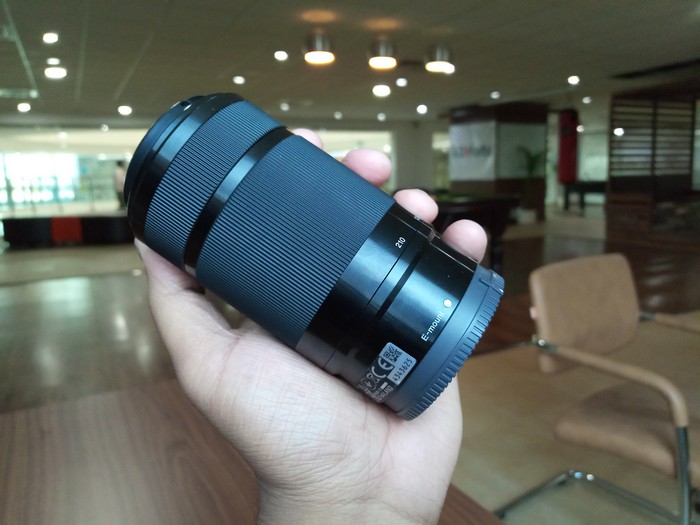 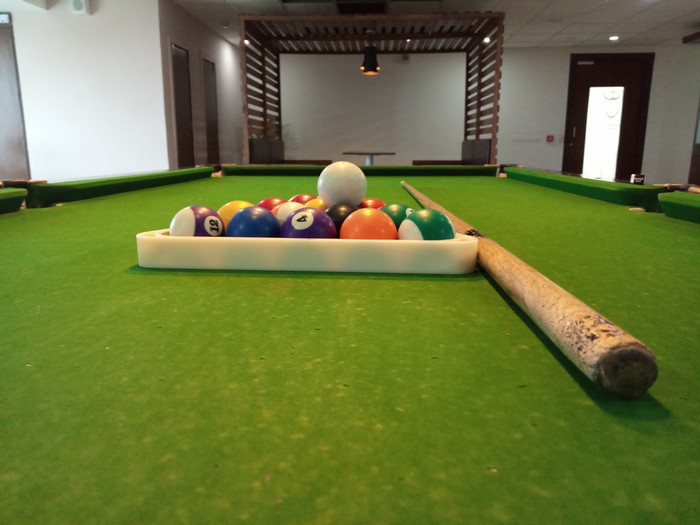 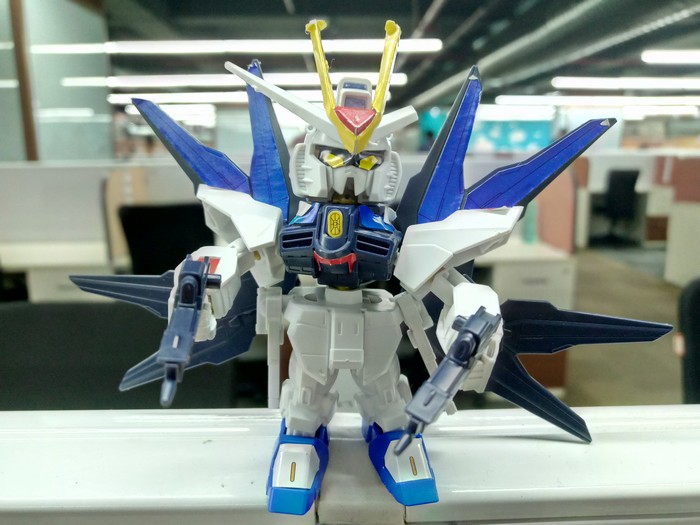 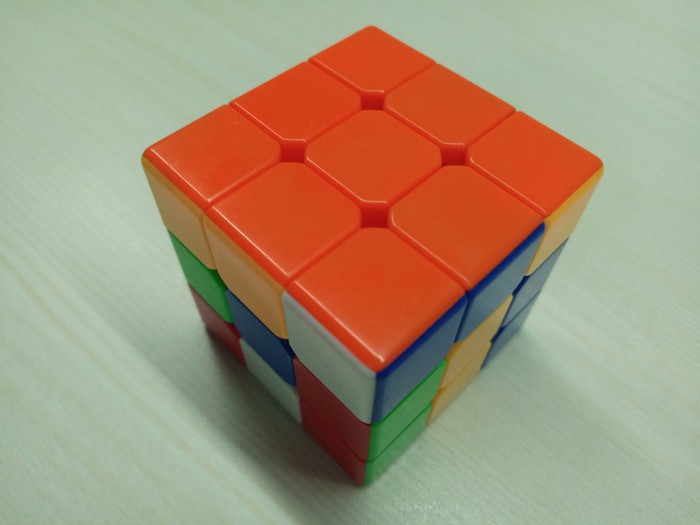 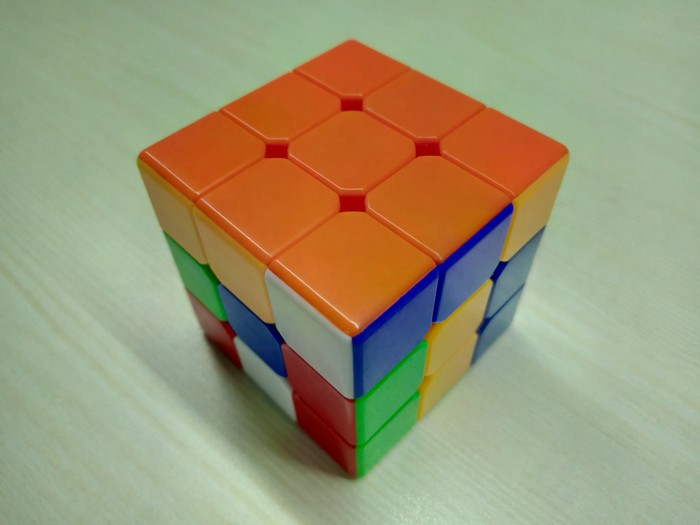 Click here to view the camera samples in full resolution.

As far as the camera app experience is concerned, it is decent enough and offers plenty of modes to play around with. I liked playing with Super Pixel mode, which captures multiple shots together and combines them together to get a detailed output.

For a phone introduced in 2018, it indeed packs a decent set of internals. The MediaTek Helio P23 embraces the presence with accompany of a 4GB of RAM and 64GB of internal storage. At first, I found this setup to be good enough, but as I started using it more and more, the experience seemed to degrade. When brands in this price range are offering Helio P60, this processor seems like a bit of a letdown. 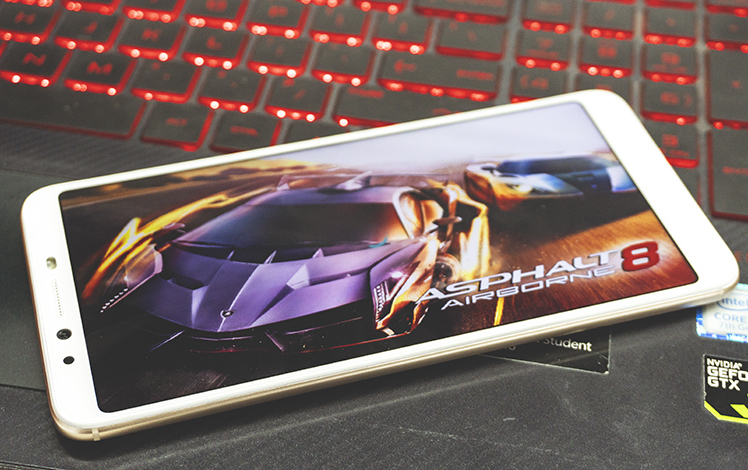 As far as the gaming experience is concerned, I played a couple of games including the likes of Asphalt 8 and PUBG. While the Asphalt worked pretty fine at decent graphics level, PUBG struggled to offer a good graphics experience. Most of the times it was running on low settings.

I tried using apps in split-screen and picture-in-picture modes and there wasn’t any occasion where the system experienced a lag. Most of the times I use the PIP mode during WhatsApp calls with my family and friends. Those are long duration calls and I tend to multitask on my device a lot. Let it be known that Tecno Camon iClick can handle multitasking pretty well.

I hate to say it, but the audio experience on this device is poor. Whether it’s via retailed earphones, or the bottom facing the speaker, the audio out of this device isn’t clear.

Do you want to know about the battery life on this phone? Well, I would be happy to talk about it. The 3750mAh capacity battery is almost impressive as it can easily last a day and more on full charge. On most days when I came to office with 100 percent battery capacity, I would leave with at least 40% battery. And that’s pretty awesome.

Should you buy the Tecno Camon iClick? 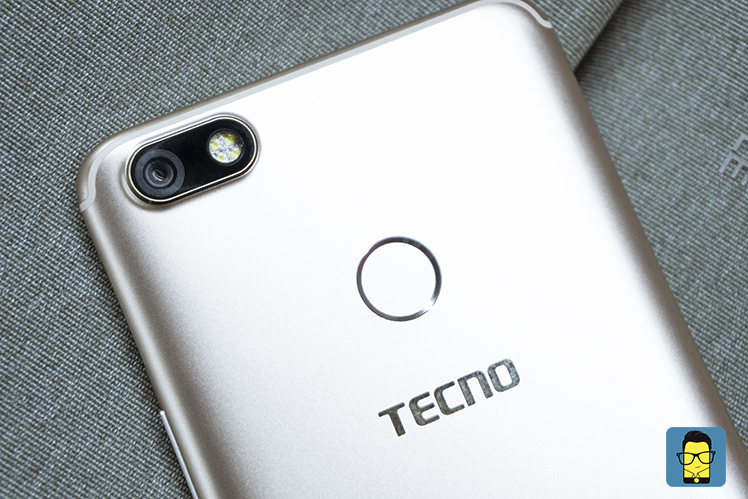 Well, this really depends on what you’re seeking on your next smartphone upgrade. The market for phones under Rs 15,000 is quite tightly packed with some great options. And, Tecno is not the best in the league by a long shot. With brands like Xiaomi, Honor, Nokia, and Motorola, who are now in the offline space as well, it’ll be hard for a brand to convince users that its line-up deserves to be in their hands.

Breaking the conclusion on Tecno Camon iClick, I believe for a handset priced at Rs 13,999, it indeed offers decent experience in terms of system performance, cameras, and battery life. Where Tecno could have done better is with the display and the design of the phone. Once that happens in the next iteration, I will happily recommend it in this price range.