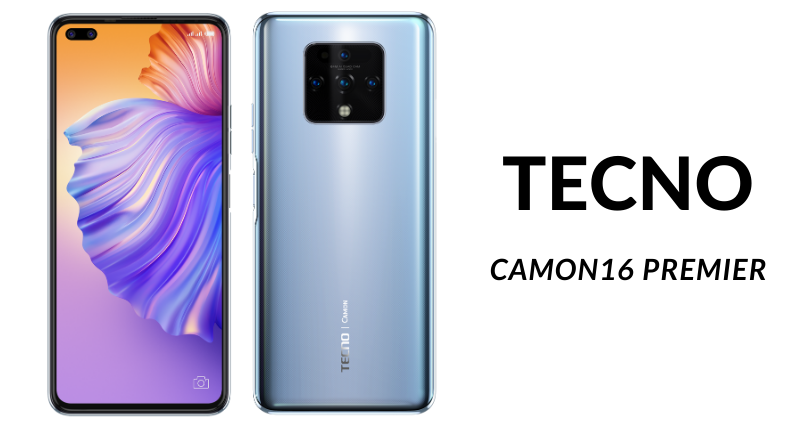 Tecno CAMON16 Premier is now official in India. After several tricky teasers, Tecno has launched the next iteration to CAMON 16 smartphone. While both of them appear similar in design, there are several significant changes under the hood. The phone now equips dual selfie cameras and features quadruple cameras on the back. The Tecno CAMON16 Premier retails at Rs 16,999 and will only feature in Glacier Silver colour variant. And, the first sale of it starts on January 16th.

The CAMON16 Premier packs in 6.85-inches FHD+ display. It is a dual dot display, meaning it quips dual selfie cameras in a punch-hole cutout. The display supports 90Hz refresh rates and achieves screen to body ratio of 90%. It features a 20.5:9 aspect ratio and comes along with up to 480 nits of brightness and 392ppi. The display additionally comes with HDR10+ certification as well. 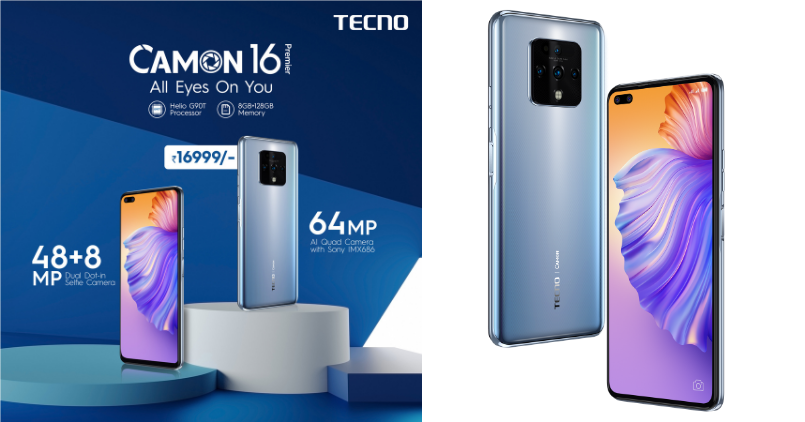 Under the hood, the CAMON16 Premier equips a MediaTek Helio G90T chipset in conjunction with Hyper Engine Gaming Technology. The G90T utilises Cortex A76 CPU with clock speeds of up to 2.05GHz coupled with Mali G76 GPU, for graphics. On the storage front, there’s only one storage variant comprising 8GB of RAM and 128GB of onboard storage. There’s microSD expansion for up to 256GB as well. The phone ships with Android 10-based HIOS v7.0 out of the box.

On the flip side, the rear cameras comprise a 64MP primary camera, which utilises SONY IMX 686 sensor. And, there’s an 8MP wide-angle camera with 119-field of view and also can be utilised to shoot macro shots. There’s a 2MP polar night video sensor for night video recording and 2MP bokeh lens accompanying it. For video, the rear cameras support the slow motion at 960fps and video recording up to 4K at 30fps.