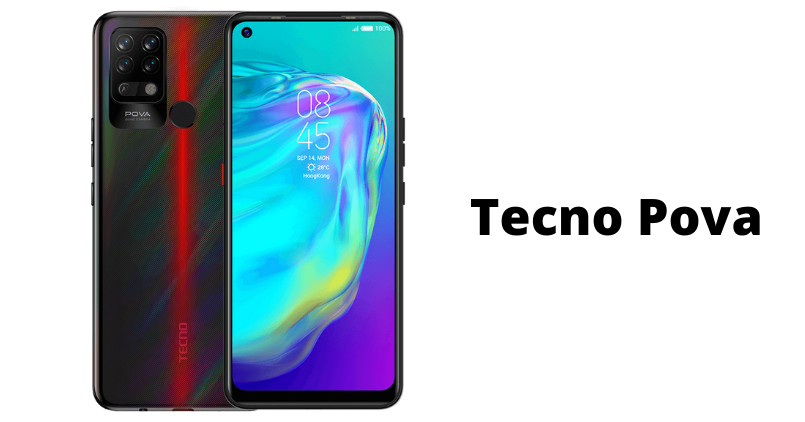 Tecno Pova is the new smartphone from the company, which is set to unveil in India, this week. While the phone has earlier seen its launch in global markets, Flipkart India confirms that the launch of the Pova by Tecno will be held on December 4th. The new Tecno Pova smartphone features a punch-hole display that comes with the same MediaTek processor that powered the Realme Narzo 10, Redmi 9 Prime and also the Poco M2 smartphone.

Presuming the global variant of the device will foray into the Indian market as well — we can expect the Tecno Pova to feature a 6.8-inches Dot-in (punch-hole) display. It is a full-screen display with a camera cutout placed on the top left corner of the device. The display has an HD+ resolution with screen to body ratio of 90.4%. The display encloses in a glossy back with texture design-build. 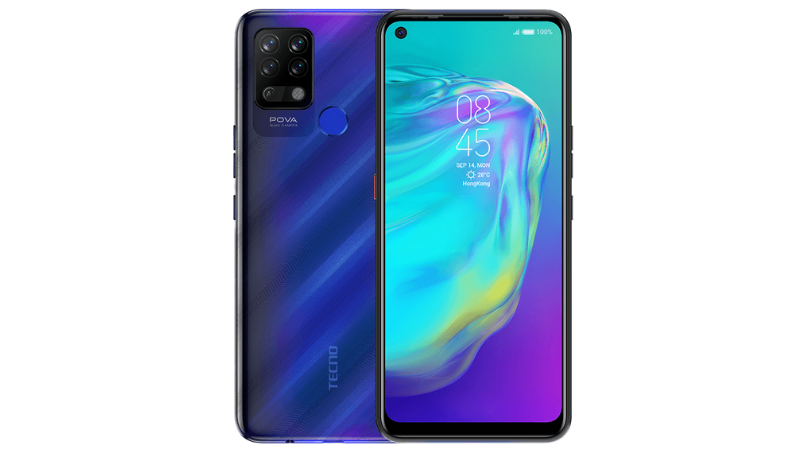 Under the hood, the Tecno Pova equips a MediaTek Helio G80 SoC. It is a 64-bit octa-core processor that can achieve clock speeds of up to 2GHz. For graphics, it has an Arm Mali-G52 MC2 GPU. The device further equips 6GB of RAM and 128GB of onboard storage. On the software front, the device is expected to ship with Android 10 based HiOS out of the box.

The rear cameras include a quadruple setup that provides for — a 13MP primary camera, 2MP depth camera, 2MP macro camera and an AI-specific lens as well. The punch hole carries an 8MP selfie camera. All these cameras come with AI-enabled features like AI Beauty, AI portrait and also super night mode.

There’s a massive 6000mAh battery that powers the Pova smartphone. It further comes with the company’s 18W fast charge support.

The Tecno Pova will be launching in a couple of days through Flipkart India. As per the pricing in other markets, Indonesia, for example, it retails at IDR. 1,723,068 (Rs 9,000 approx.). We can expect the similar pricing and the Tecno Pova could fall under sub-10K class in the Indian market.