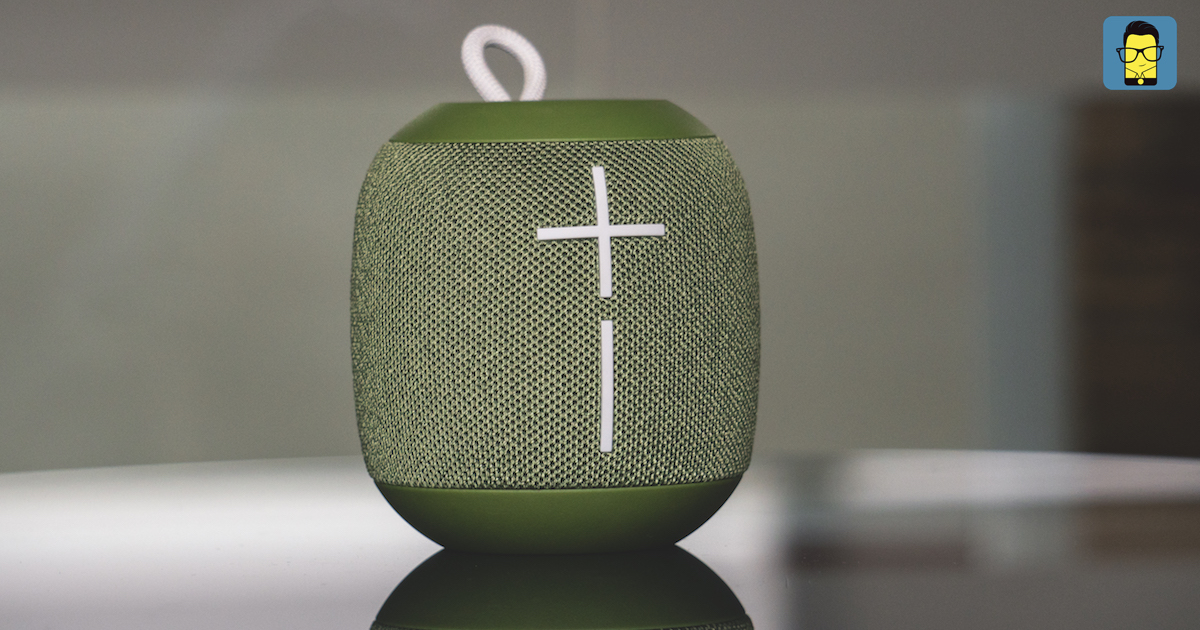 Here’s the thing, my knowledge of Logitech-owned Ultimate Ears (UE) and appreciation for its products is largely based on its custom-moulded in-ear monitors. It is a huge rage in the audiophile community. I’ve always wanted to own one, but never got around to doing that because of its prohibitive pricing. That said, after Logitech acquired the brand, Ultimate Ears shot to fame by making solid entry-level Bluetooth speakers. Quite a drastic change in strategy no?

In fact, Ultimate Ears’ BT speakers are pretty popular here in India. Ultimate Ears sent over a unit of their newly launched Wonderboom Freestyle to Mr. Phone. Here’s what I think of it. 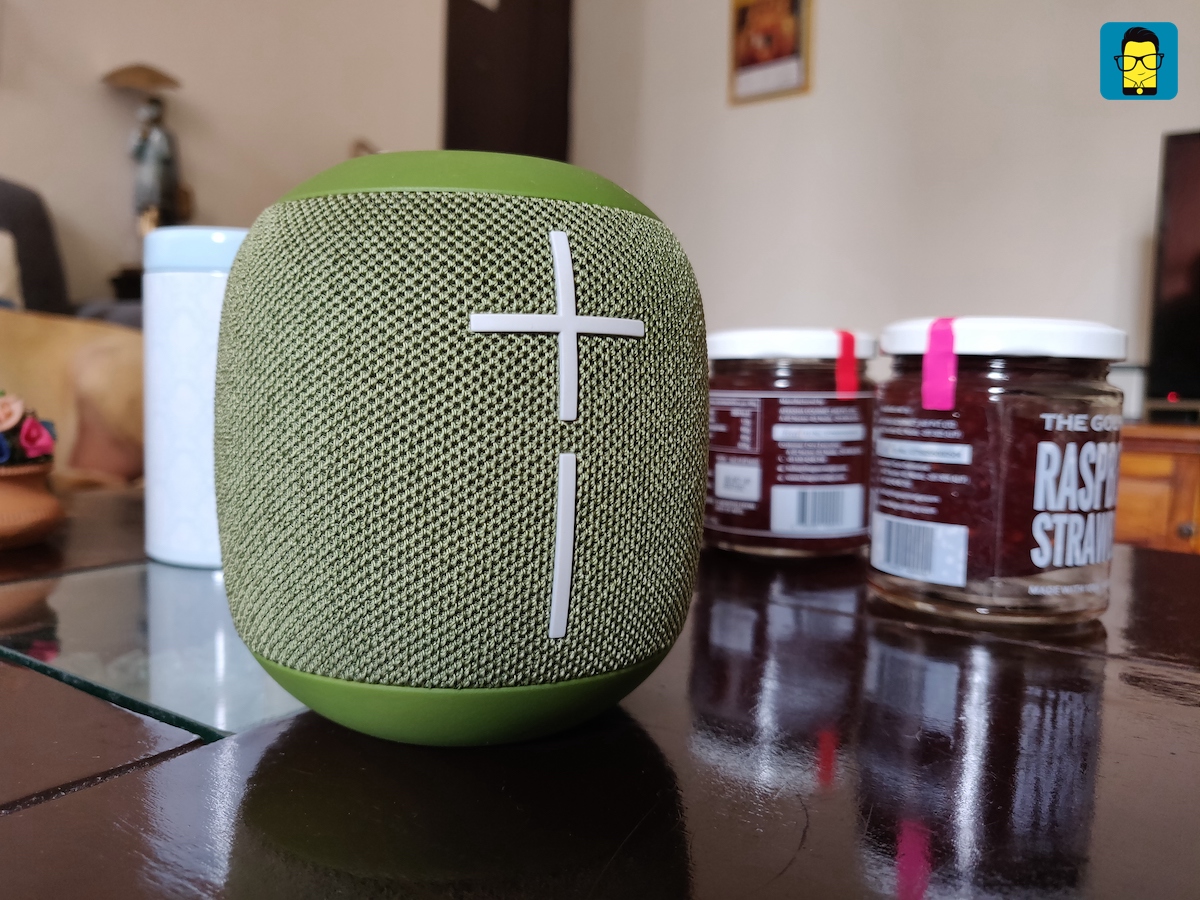 The Wonderboom Freestyle changes things up a bit compared to the original Wonderboom. Firstly, UE has splashed a smattering of new colours to create the whole “Freestyle” identity. These urban designs are chic and trendy, to say the least. In fact, our plain Avocado variant is probably the staidest one of the lot. I absolutely love the Patches and Unicorn colour SKUs. The Unicorn variant with its pastel hues looks rather fashionable. The whole design ideology will attract hipsters by the dozens. 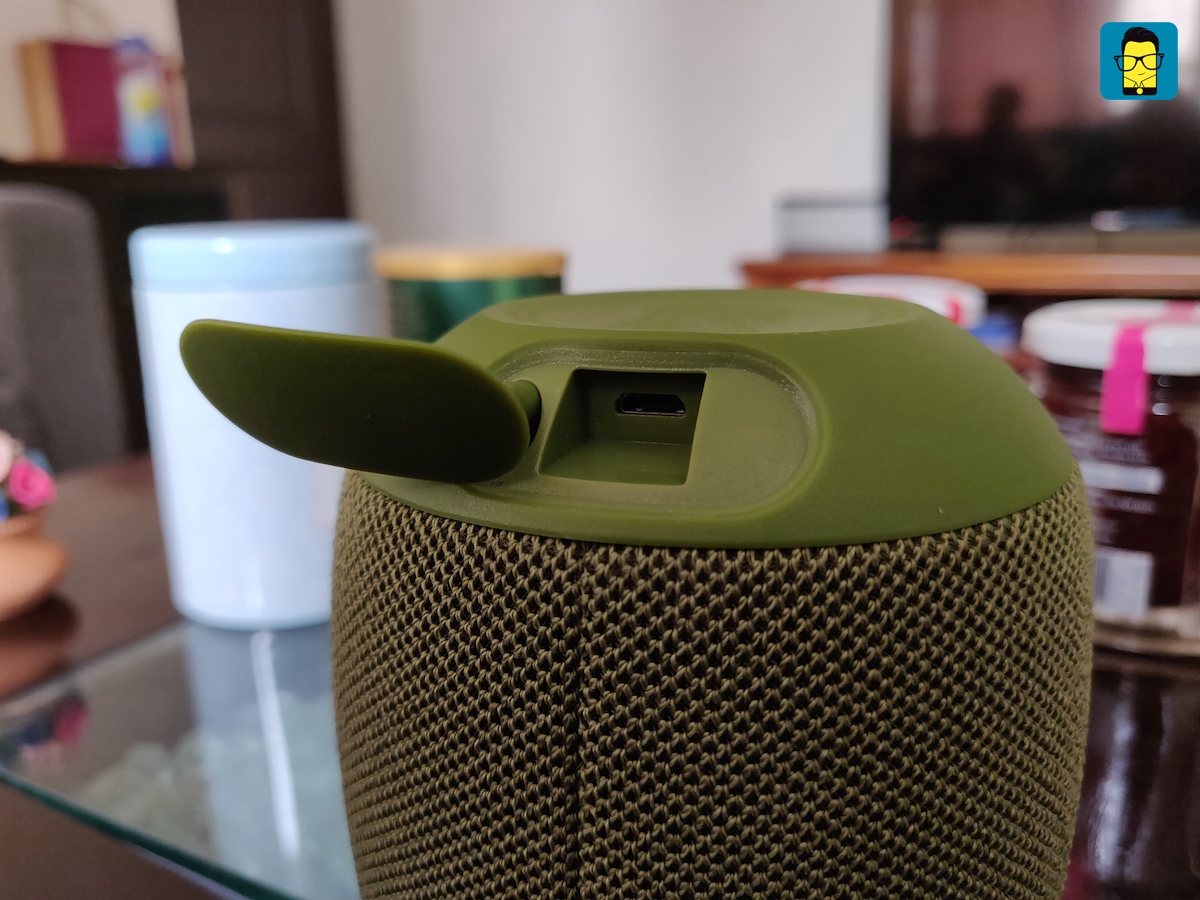 UE has moved on from the saucepan shape of the Roll 2, and has gone for a fat Coca-Cola can shape instead. On the top, there are three buttons. Honestly, you wouldn’t even realise there are buttons until you feel for it. The buttons are lined up in this order, starting from the top: a dedicated key to put the speaker in pairing mode, play/pause button under the Ultimate Ears logo (stealthy), and the power button. All of these buttons offer a decent tactile feedback.

Running around the body of the speaker is a fabric mesh that protects the drivers beneath it. Interestingly, the volume up and volume down buttons are massive signages that jut out of the fabric mesh. It is very ‘out there’ and works as an attractive element giving the Wonderboom Bluetooth speakers an identity of their own. The UE Wonderboom Freestyle also has a hang loop made of thick fabric but the hole is pretty small for my pudgy fingers to fit through it.

The one reason why the UE Wonderboom Freestyle is going to generate conversation around the fact that it is IPX7 certified. What this means is that the Wonderboom Freestyle can stay under 1M of water for 30 minutes. Moreover, it floats too! That’s not it, the Wonderboom can also survive a few shocks. The rugged exterior, coupled with the hanging loop, will definitely attract a lot of adventure enthusiasts. 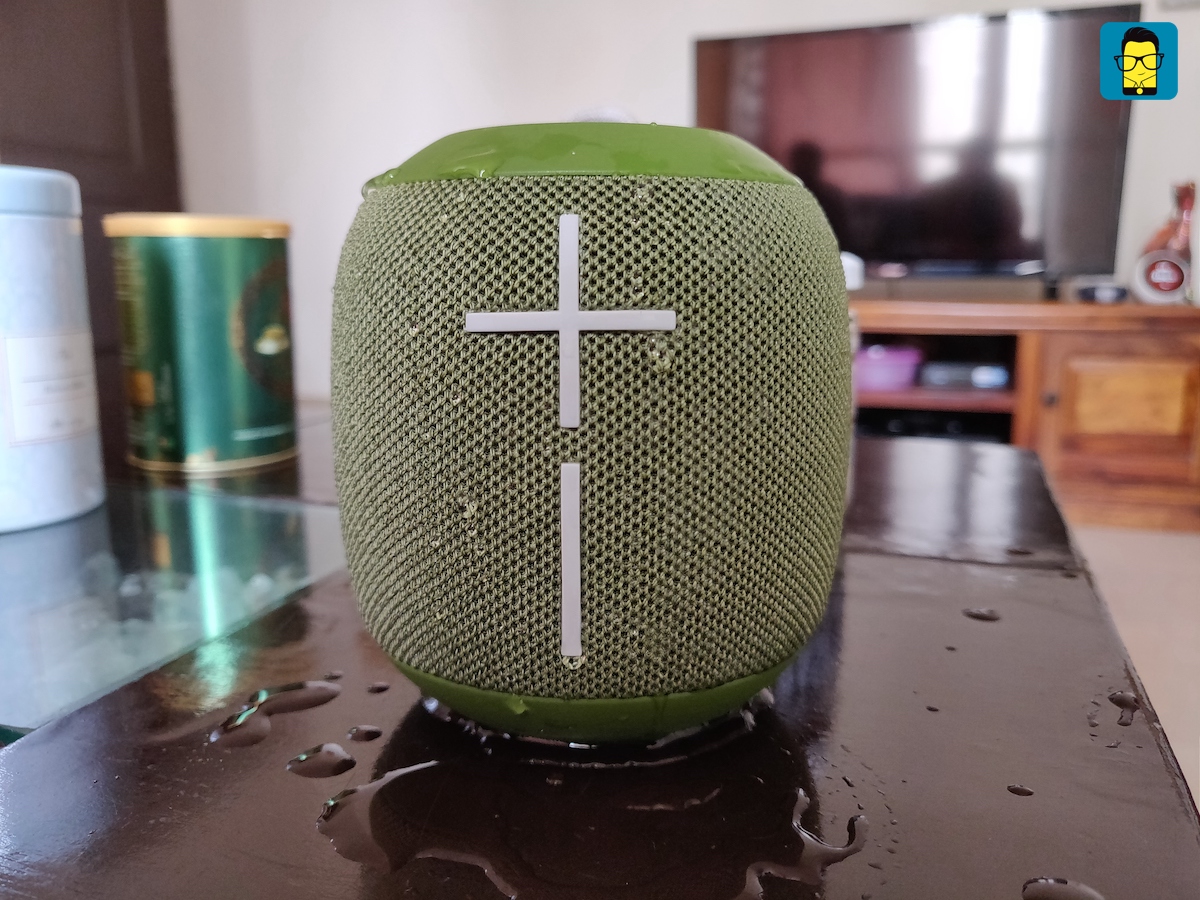 Inside, there are two 40mm drivers and two radiators that can output a total 86db of sound. The Wonderboom Freestyle can also remember 8 paired Bluetooth devices but it cannot connect using NFC, which might be a letdown depending on how you look at it. Another interesting thing is you can daisy chain another Wonderboom Freestyle using Bluetooth. However, since I do not have two speakers at my disposal, I couldn’t really check if it plays converts the audio into each speaker playing a single channel in stereo. Or, if it just merges the sound stream to make a larger sound, which would be unnecessary IMO.

As far as the sound signature goes, the UE Wonderboom Freestyle has a big tight U-shaped sound signature. This means that you get an enhanced low-end performance. Also, what I liked about the signature is that unlike other BT speakers in this range the bass response never felt bloated. It is a tight sound that will satisfy you every single time you want to listen to the bass drop. Furthermore, the treble response is pretty good too. The Wonderboom Freestyle is perfect for parties really. 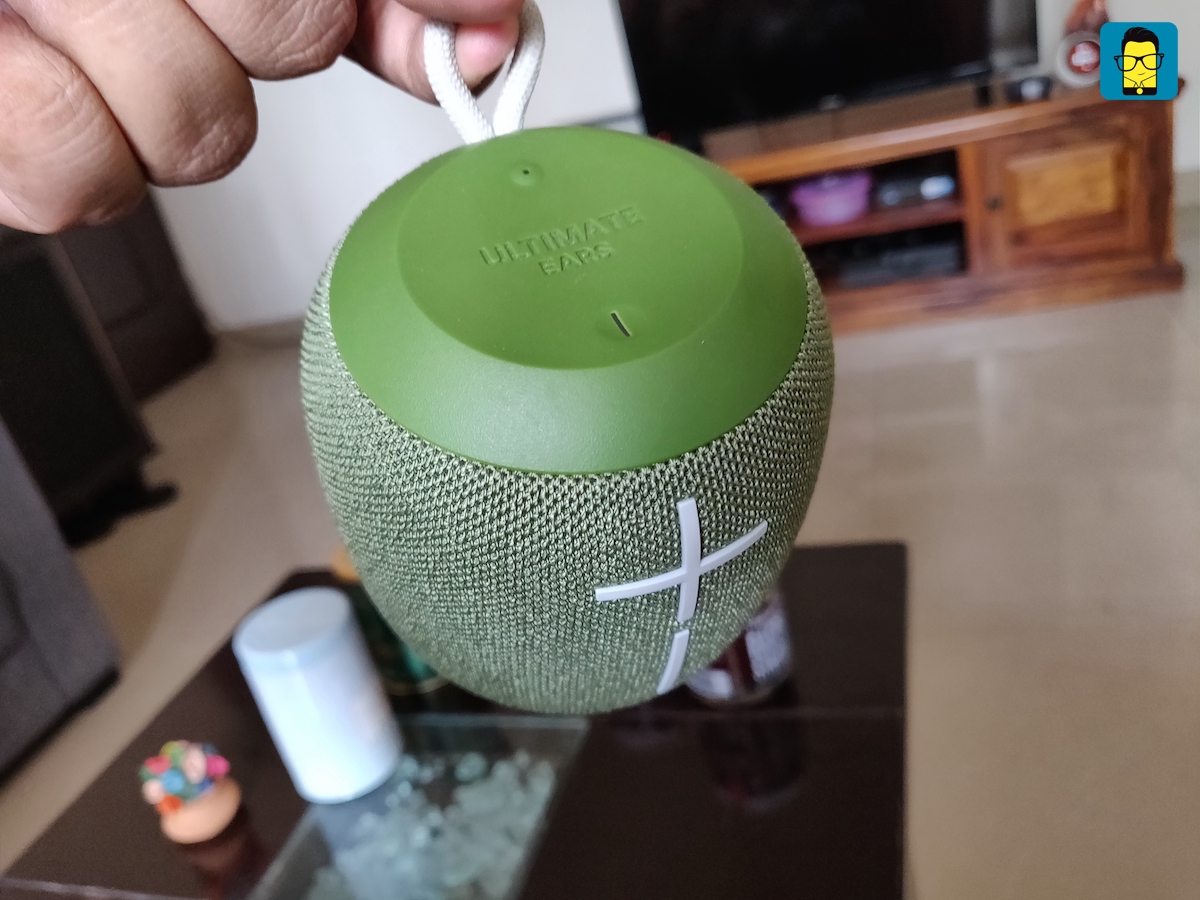 What I don’t like about the Wonderboom Freestyle is how it handles the mid-frequencies. I found it to be weak and lacking any life whatsoever. I couldn’t enjoy any single accoustic track by Prateek Kuhad. Also, the sound is not very wide and you won’t get any stereo separation either. This is the drawback of BT speakers in general, and maybe I should just stop mentioning it because most folks already know that.

All that said, the Wonderboom Freestyle’s sound is immediately likable and the fact that it is portable works in its favour. In any case, Bluetooth speakers have to add in some extras to justify the price considering the sound quality is going to be above average, at best, in the sub-Rs 10k price range.

As for the battery life, the Wonderboom lasts 10 hours on a single charge and it takes close to 2 hours and 30 minutes to charge from 0 to 100. I guess that is going to be good enough for most people. Oh, and it uses a Micro-USB port for charging. 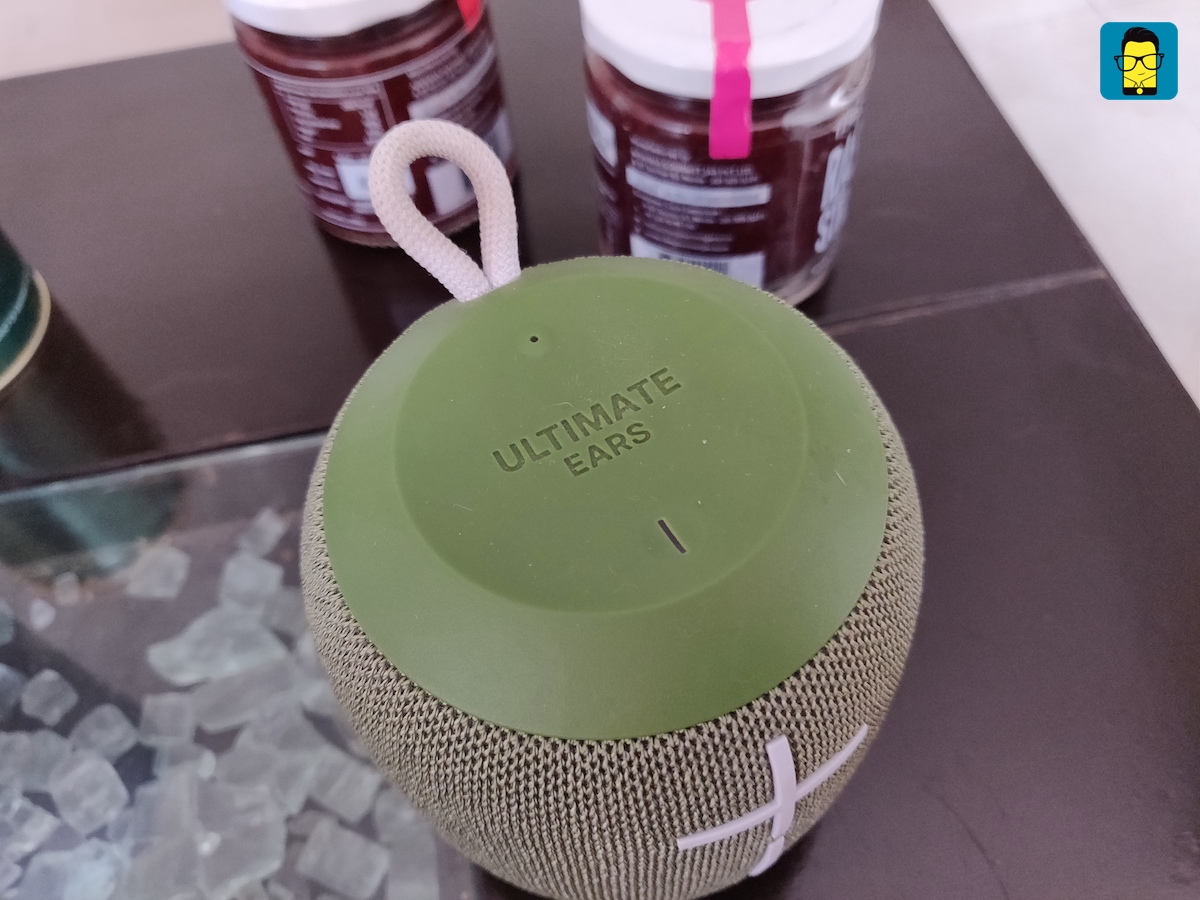 Should you buy the Ultimate Ears Wonderboom Freestyle?

At the best price of Rs 6,999 offers a pretty loud and fairly tight sound. It may not have the best sound quality but bass lovers will enjoy the signature. I also got a solid recommendation for the JBL Flip 4 from another reviewer friend recently. Maybe, you might want to take a look at that one too. However, I like the shape and the colour schemes of the Wonderboom Freestyle better than the Flip 4.

The Freestyle is definitely worth considering its price. Especially, if you want to stand out and look cool.