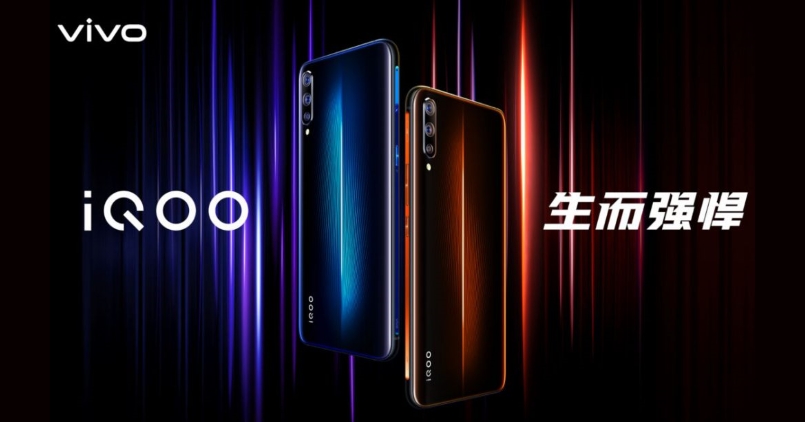 Vivo, thanks to its elaborate list of smartphones, manages to always stay in the news. The company recently announced the launch of its sub-company iQOO. Now, we’ve been talking about the company’s first smartphone for a while now. Apart from the Snapdragon 855 SoC underneath, more specs have surfaced up. Specifically, regarding the rear camera setup on the Vivo iQOO flagship smartphone. Let’s take a look:

For the lack of a decent name yet, we are still going to call it the Vivo iQOO smartphone. Today the company has posted an image of the phone. It shows the triple rear camera and two colors with patterns on the back. Apart from that, we already know that the smartphone will come with a Snapdragon 855 SoC under the hood alongside 6GB/8GB or 12GB of RAM with 128GB or 256GB of internal storage. It will feature a 6.41-inch ( 1080 × 2340 pixels) Full HD+ AMOLED display with a 19.5:9 aspect ratio.

The triple camera setup on the back is said to be a 13MP+12MP+2MP camera setup. Up front, you get a 12MP sensor for selfies. The device is also expected to follow the modern trend and feature an in-display fingerprint scanner. Juicing the device would be a 4,000mAh battery. The rumor mill also suggests that Vivo might bundle support for 44W fast charging.

As of the now, there is no word on the smartphone’s pricing. However, Vivo has already stated that the device will be launching on March 1st. As such, stay tuned to Mr. Phone to stay on top of all the latest buzz in the smartphone world. Also, what do you think about the Vivo iQOO smartphone? Let us know your thoughts in the comments below.