Many smartphone brands are getting ready to launch their new handsets just before the MWC 2019 hits the world. And Vivo seems to have joined the race as well. The company has shared a media invite stating its plans to announce a new smartphone on February 20 in India. It is five days ahead of MWC 2019 event. Let’s see what Vivo has been store for its users in the country.

Also read:  Vivo V11 Pro successor could be in pipeline for February-end launch in India

In the invite shared by the brand, you can see that the company is teasing a new pop-star. This “Block Your Date” invite also showcases what appears to be a pop-up selfie camera. If anything it will remind you of the Vivo Nex. Of course, the invite doesn’t reveal anything about the model that’s coming to India, but it reveals enough to keep its users excited. 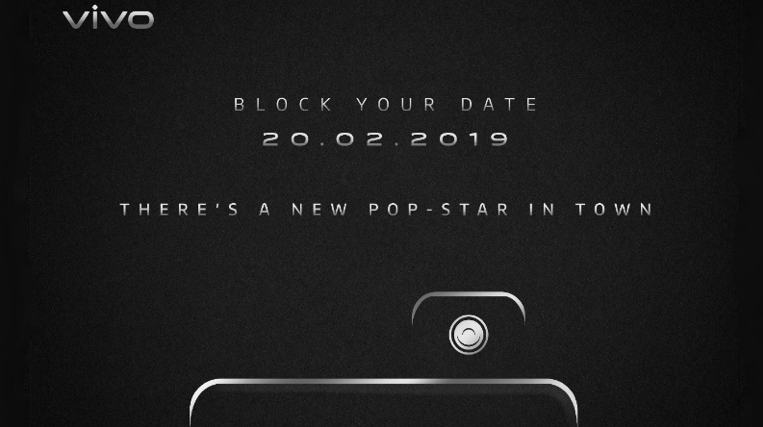 If you have been following Vivo’s journey in India, the company launched its Vivo Nex at Rs 47,990, which now retails at Rs 39,990 as of now. There is a chance that Vivo may introduce a successor to it, but we know better than that. With Vivo Nex Dual Display being its successor, we don’t see it arriving in India as far as that invite is concerned.

Now the only handset that could be arriving is the Vivo V11 Pro successor. The company could set out to introduce its bezel-less pop-up selfie design to the more affordable segment. The V11 Pro was launched at Rs 25,990 and its alleged successor, V15 Pro could arrive around the similar price point.

There are no concrete rumours around the V15 Pro specifications, only that it will come with a triple rear camera setup and in-display fingerprint sensor on top of the pop-up selfie setup. It would be interesting to see how this event on February 20 will unfold. Stay tuned in as we bring you the latest updates on this phone launch in India.