Home | Phone Leaks  | Vivo Nex, Nex S, and Nex A specifications surface online ahead of the launch next week

Vivo Nex, Nex S, and Nex A specifications surface online ahead of the launch next week 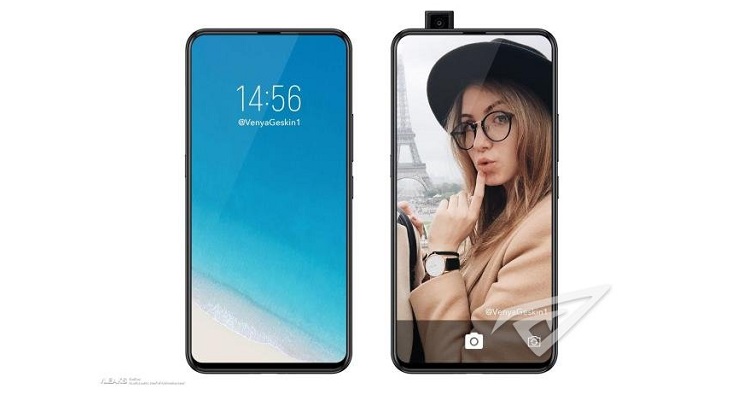 The Vivo Nex is set to go public on June 12. Owing to the fact that this is a very interesting handset, we now know every design aspect of the handset. What remains in the dark is the internal component part of the device. However, much of that has also leaked yesterday. Two leaks surfaced online that stated the specifications of the Vivo Nex and Vivo Nex S respectively. 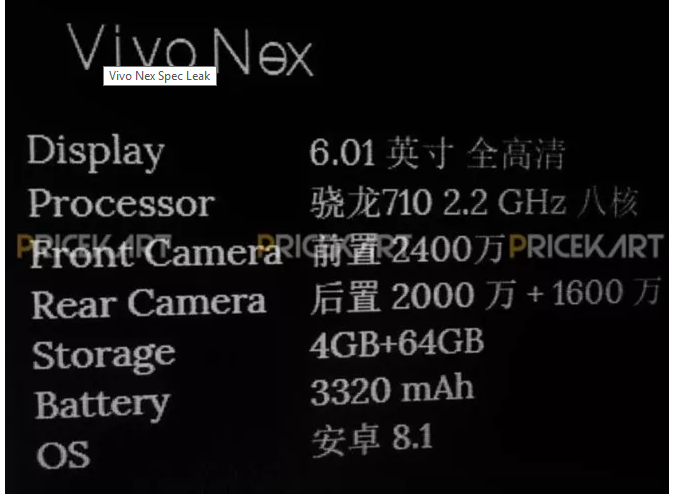 First spotted on 91mobiles, the Vivo Nex S leak suggests a Snapdragon 710 chip for the base model. This isn’t anything new but the handset will have a 6.01-inch display. We expect it to be at least Full-HD+ in resolution. As for the camera, the leak declares a 24MP front lens and the rear dual cameras consist of a 20MP + 16MP combo. The handset is supposed to run on a 3,320mAh battery while 4GB of RAM and 64GB of storage have been tipped for the smartphone. Android 8.1 on board isn’t a surprise as we’re getting close to an Android P release. 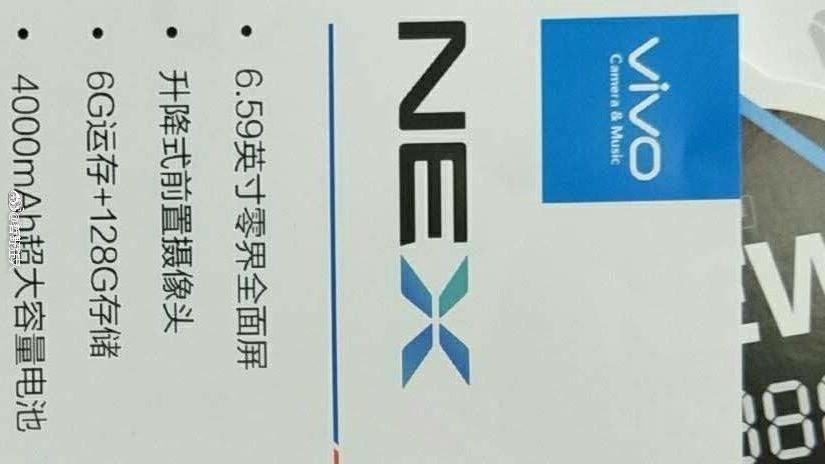 Now, for the Vivo Nex. This leak comes courtesy of a snap of promo material of the phone. It revealed a massive 6.59-inch display. That is much larger than the Vivo Nex S. The Nex is not only bigger, it will be faster with the Snapdragon 845 and 6GB of RAM. The storage is mentioned as 128GB while the battery is 4,000mAh. There have been rumblings of an 8GB variant with 256GB of storage but currently, that is nowhere to be seen. There’s still some mystery surrounding the Nex A that was found on the 3C website and nothing is known regarding the handset.

Also read: Xiaomi Redmi 6, the notched sibling of the Redmi Note 5, set to launch on June 12

That said, the Vivo Nex with all its awesome tech goodness won’t come cheap for sure. The Nex may be anywhere north of $1000 and the Nex S could be easily priced around $800.