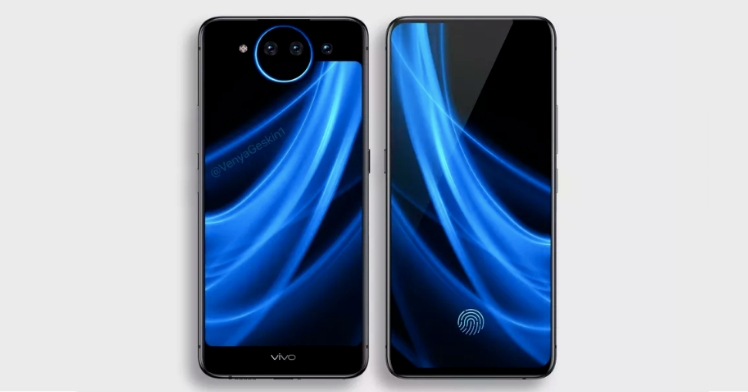 Last week we learned that Vivo could probably be working on the upgrade for its bezel-less phone, the NEX S. Now according to a leak appeared on the Weibo, it is believed that Vivo is going to introduce NEX S2 on the December 11.

The highlight of the Vivo NEX S2 is the dual display and the triple rear camera setup. And these two features seem to be almost confirmed by the alleged official posters that are arrived on the microblogging website. The all-display look tends to grow on a Vivo phone, and the company is crazy about keeping it that. 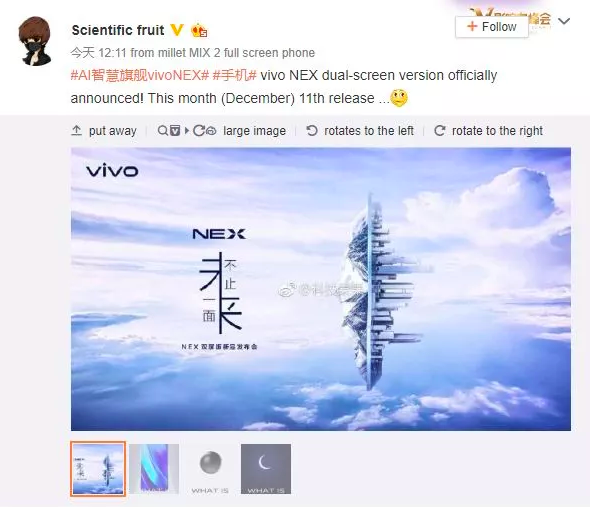 The secondary display of the alleged NEX S2 could sport a 16:9 aspect ratio compared to the higher aspect ratio of the first phone. Further, talking about the triple rear camera module, it is believed to offer a night vision mode, which will allow it to shoot better quality photos in low-light conditions. Also, there could involve a 3D ToF (Time of Field) sensor for better portrait shots as well as enabling better AR and VR experiences.

Unfortunately, apart from these two details about the display and the camera department, there is not much known about this upcoming Vivo flagship device. However, we expect it to come with a heavy duty specification since it is supposed to be a premium flagship smartphone. We may see two variants as we see it on the current generation NEX device.

What do you guys think of the Vivo NEX S2? Would you be interested if and when it arrives in India? Drop your comment below.