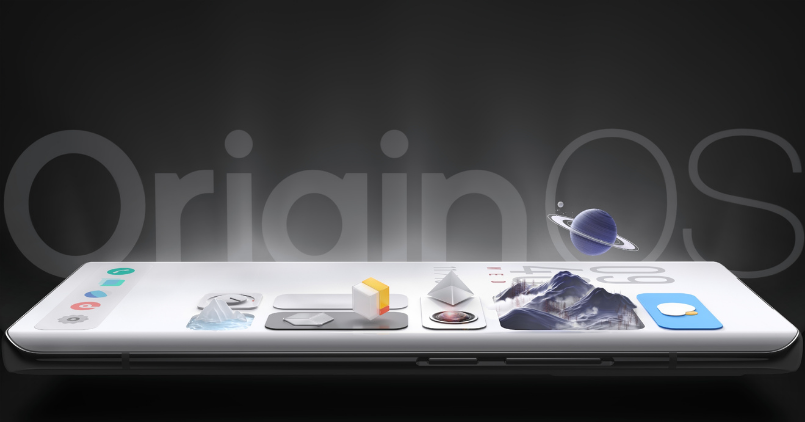 Vivo OriginOS is the new operating system introduced with a design overhaul by Vivo for its smartphones. This comes as a revamped version of its original FuntouchOS. Vivo has unveiled this new skin at an event organised in Shenzhen, China. The OriginOS runs on top of Android on Vivo phones, which brings noticeable changes to visual interface mostly on Home screen (which the company calls it desktop) and lock screens. Let’s delve right in.

Vivo expects that this new OriginOS would bring changes to match user expectations when it comes to its design. According to the company, OriginOS focuses on delivering good user experience as per their daily use scenarios. The primary focus of the new skin is said to be familiar — with recombing elements in the UI with modern design aesthetics. 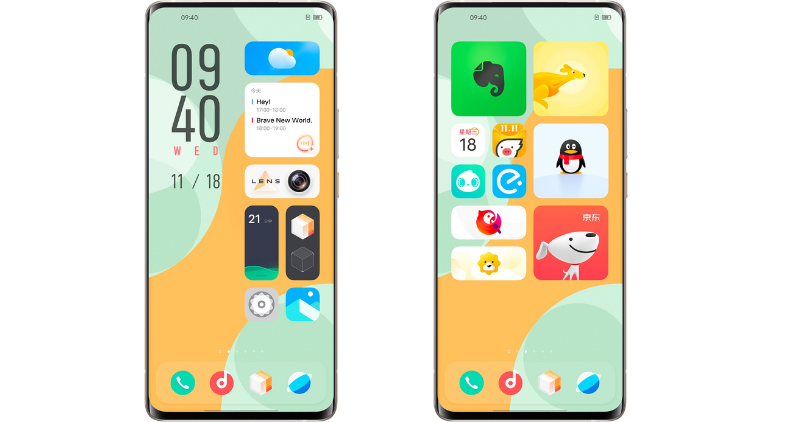 To achieve that, Vivo has first started with Homescreen design; there’s now a ‘Huarong Grid’. ‘Huarong’ here is a popular sliding blocks game. This grid resembles the blocks in the UI, which further eliminates older home elements to a much cleaner and simpler rectangular widgets. At a glance, it reasonably resembles Apple’s iOS 14 home screen widgets paired with app icons. The rectangular widgets here are customisable to show app info, like calendar events or music controls, for instance.

And for those who are not curious in using these new OriginOS revamped icons or widgets, the skin also provides a ‘one-click option’ called ‘Deformer’. Clicking on it would allow users to shift back to the traditional layout any Vivo phone user is accustomed to, which appears flexible. 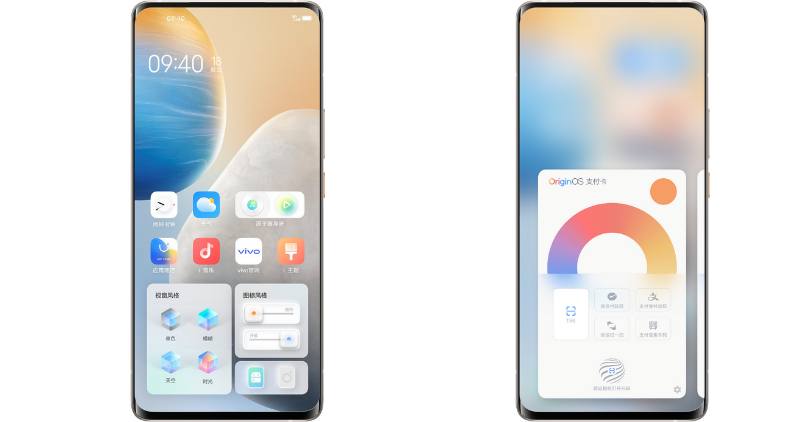 There’s an ‘interaction pool’ — a new intuitive control centre that hides at the bottom of the home screen. Further, Vivo introduces ‘super card pack’ which creates customised cards for a user with prominent functionalities. Like scanning a barcode or capturing a screenshot, for instance. Vivo says that these cards can be pulled out of any screen including — home screen, app interface, or lock screen interface, for that matter. 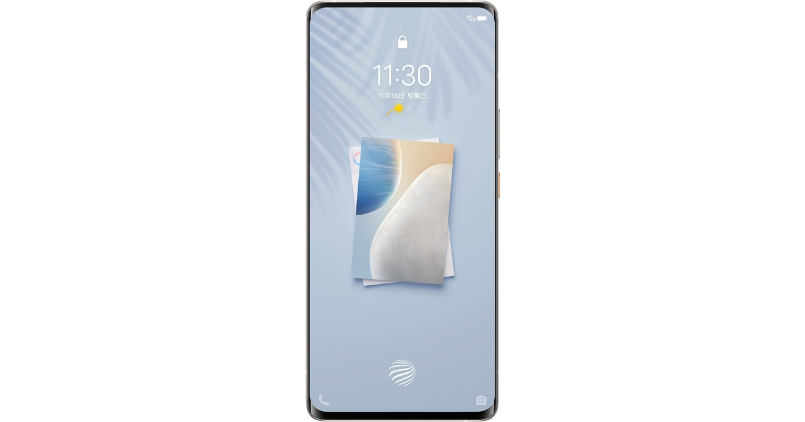 With OriginOS, Vivo showcases weather and other environmental changes synchronised in the background as live wallpapers. This comes as part of its ‘original view window’ in the OriginOS. For example, a user can view 16 different (sunrise to sunset) scenarios in the background be it a wallpaper or on the lock screen with changes in colours, light and temperature. To encourage fitness enthusiasts, there are flower blooming scenarios, which changes accordingly to the steps taken by the user. 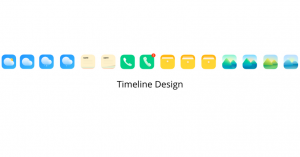 Lastly, OrignOS also brings several other user interface enhancements like timeline design, atomic notifications that show notifications in chronological order. To conclude, Vivo hasn’t mentioned how or when the new OriginOS ships to its smartphones. But, it certainly commits to change the user experience with this new Android-based skin. Also, the company is encouraging for feedback from the customers to improve the OriginOS design for its final release.