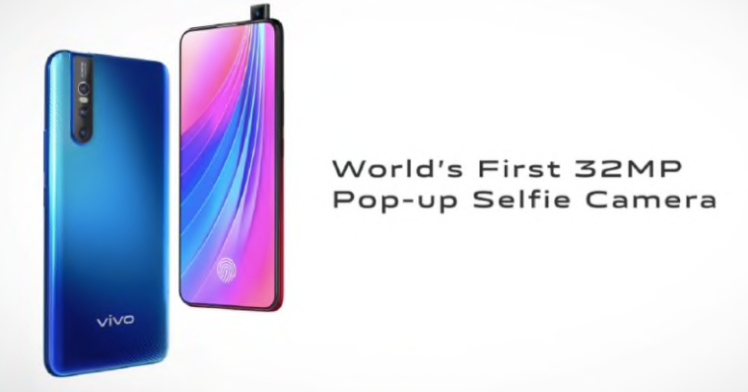 Vivo is keeping no stone unturned to make its V15 Pro get the attention it believes it deserves. While we have been seeing some exclusive leaks regarding the design and specifications of the phone for the past week. Today the Chinese smartphone maker went ahead with its teasing of the V15 Pro smartphone.

The manufacturer is all set to make its new smartphone official with pricing on February 20. But the brand couldn’t wait much longer to showcases what’s coming to the market. Vivo is one such brand that likes to put up a show ahead of its launch and most of the market loves it. Primarily because the first look is already unveiled and the wait for pricing starts.

Vivo V15 Pro: What’s there to talk about more?

The teaser claims that its new Vivo V15 Pro would debut the world’s first 32MP selfie camera that too with a pop-up mechanism. There are two firsts here; world’s first pop-up selfie camera, you just have to read carefully. Now if you have realised that let’s talk about what else is coming on the V15 Pro.

Starting with the Qualcomm’s latest processor, the brand is likely to initiate the world debut of Qualcomm’s Snapdragon 675 processor, which has been rumoured to arrive in a lot of devices, among them is a Redmi Note 7 Pro. But since Xiaomi has not yet announced it in China, it is less likely to bring it to India sooner. Besides, the brand has been teasing about its Redmi Note 7. It’s all over their social media channels.

Guess what's popping! An elevated experience is soon here. Get ready to #GoPop with excitement. All rise for #VivoV15Pro this February 20th. pic.twitter.com/aIGkDReHmD

There is one more revelation in the teaser, triple rear camera setup. It won’t be the first, but it could be first in its price range in India. The Vivo is reportedly pricing its V15 Pro below Rs 35,000 according to a tweet by Ishan Agarwal. And he seems to be disappointed by that so are wee, since its predecessor was priced at Rs 25,990 at launch price. It would be steep jump if Vivo decides to go for the Rs 33,000 pricing.

Also read: Snapdragon 675 is the next processor to be excited about, which is coming on the Vivo V15 Pro

But still combine the pop-up selfie camera with triple rear camera and a possible in-display fingerprint sensor, you will get a device that is likely to be a hit than a miss in the market full of takers.

What do you guys think of the new Vivo V15 Pro? Would you be buying one in India or not? Drop your feedback, and stay tuned in for pricing announced on Mr Phone.