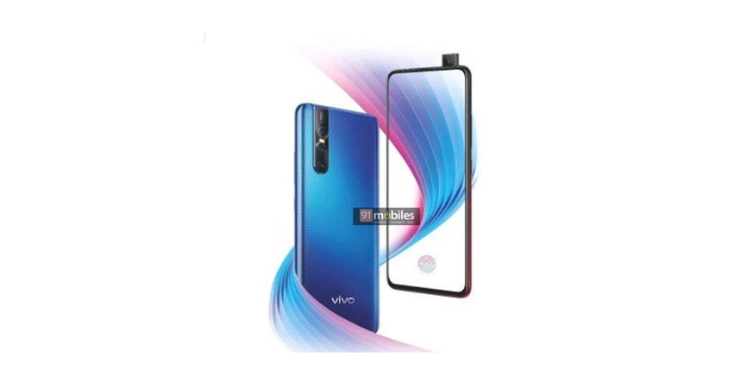 Vivo is all set to launch its latest V series handset in India, which is pegged to be an update to its V11 Pro launched last year. It could be called V15 Pro. That handset was brought in India at around Rs 25,000 and it looks like Vivo could be reacting the story with the pricing. But the interesting point here is that we have got a live image leaked ahead of its launch on February 20. Let’s take a look at that image and talk about what it reveals to us.

There is one image leaked online thanks to the 91Mobiles, which suggest this new phone could be sporting a triple rear camera setup. And fortunately, that is in line with the leaked specification sheet that we came to know about last week. Further, what we can see from the image is that the upcoming phone would be offering a gradient look just like its predecessor. These are the two things that are being almost confirmed by this leaked live image.

There are a couple of other things that we knew about the V15 Pro earlier includes a pop-up selfie camera on the top edge and an in-display fingerprint sensor. These are some of the features that have been leaked earlier. As far as the colours of the gradient are concerned, the company could be releasing it in two colours, red and blue.

The Chinese handset maker is believed to start the pre-order for this handset as soon as February 15, which is not that far away. Considering the response of its V11 Pro, the company and its smartphones must have a lot of expectation from the handset. Not only it would be introducing a triple rear camera set up under an expected Rs 30,000 price bracket, but also a pop-up selfie camera, which saw its first introduction in India on the Vivo Nex priced at Rs 47,990.

What do you guys think of the Vivo V15 Pro launch in India? Drop us a line below on your thoughts regarding the same.