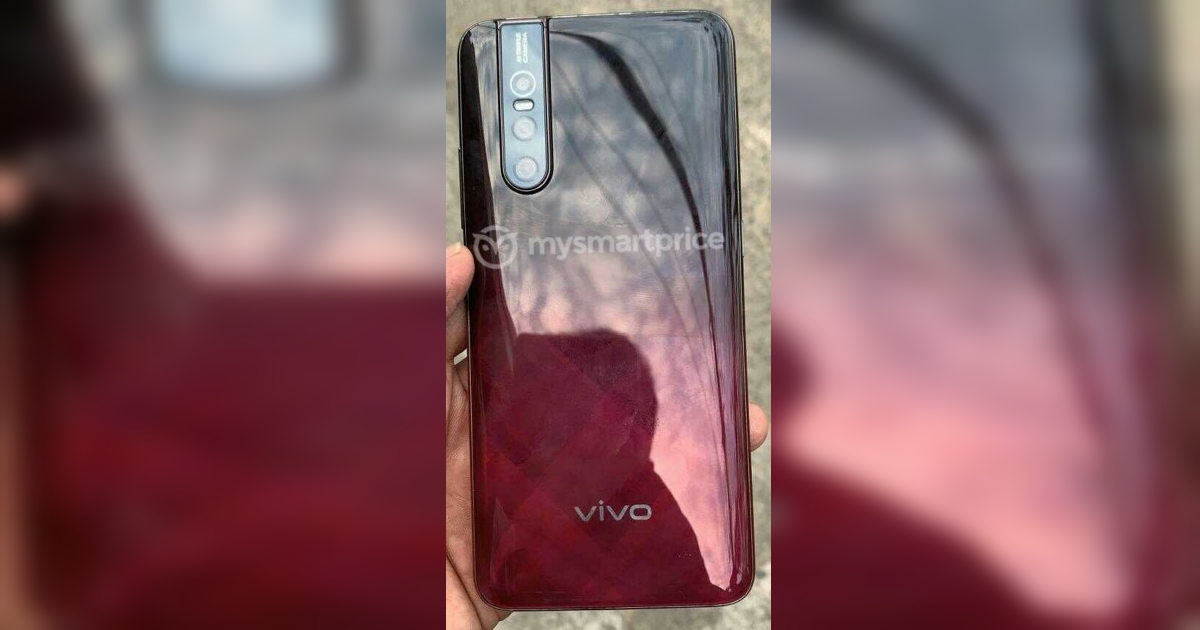 Vivo is all set to launch its latest V series handset in India, which is pegged to be an update to its V11 Pro launched last year. Called the Vivo V15 Pro, the device’s live images were already leaked prior to its launch. And now, about two weeks before its launch, the official spec sheet is out as well. As expected, the Vivo V15 Pro will come with a pop-up selfie camera as well. So let’s take a look. 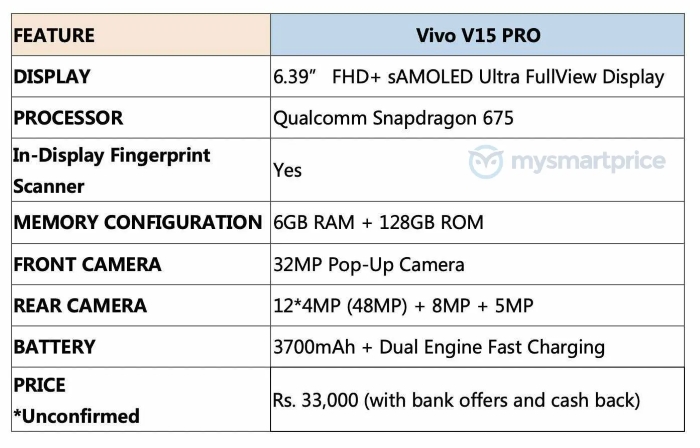 The Vivo V15 Pro will feature a 6.3-inch Super AMOLED Ultra FullView display with Full HD+ resolution. It will also have an In-display fingerprint scanner. Under the hood, there’s the Qualcomm Snapdragon 675 11nm processor, coupled with 6GB of RAM. In terms of storage, the V15 Pro will only be offered in a single variant with 128GB of internal memory. Moving on to optics, the upcoming Vivo handset will sport a 48MP + 8MP + 5MP triple-camera setup at the rear. As for selfies, there is a 32MP pop-up selfie camera. With a pop-up selfie camera, we know that the Vivo V15 Pro will not come with any sort of notches. Providing juice to the device is a 3700mAh capacity battery with Dual Engine fast charging.