Home | Reviews  | Vivo V17 First Impressions: yet another compelling handset in the mid-range

Vivo V17 First Impressions: yet another compelling handset in the mid-range 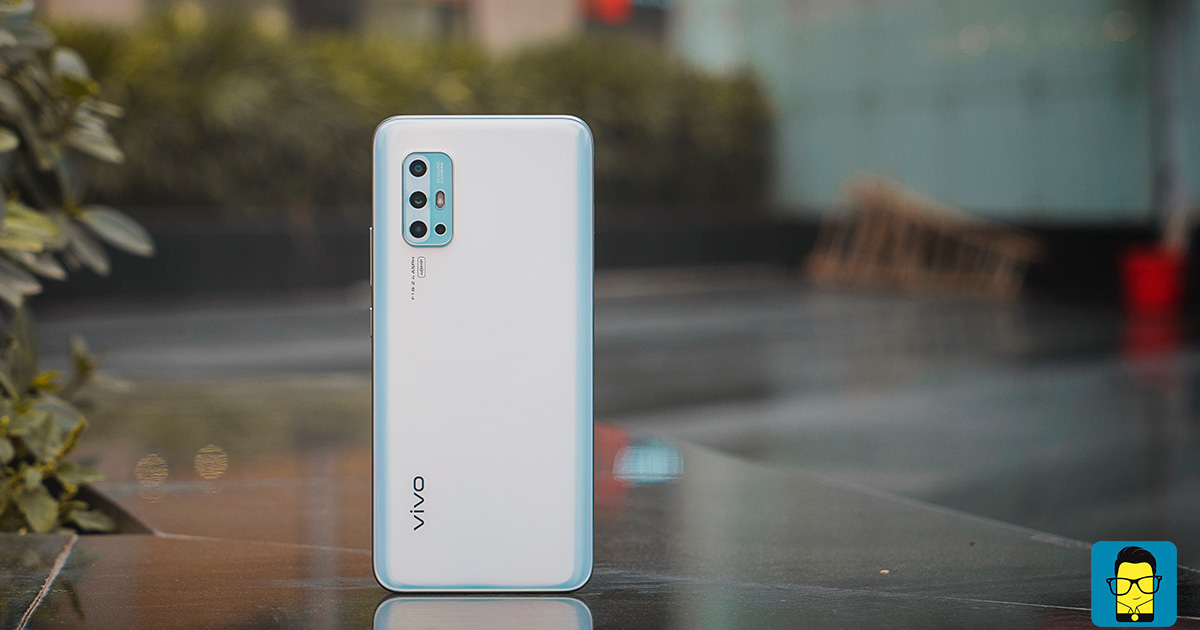 Despite Xiaomi and Realme’s best efforts, Vivo still somehow managed to keep pace with the competition with its Z-series of smartphones launched this year. Smartphones like the Z1 Pro and the Z1X really put the brand on the map this year. And, to end the year with a bang, the company has announced the Vivo V17 in India, which is a confusing phone, to say the least. I managed to get my hands on the phone ahead of its launch and here are my first impressions of the same.

Vivo has a knack for making good-looking smartphones and the V17 is no different. The device is available in two different hues, including a black color variant and this stunning glacier-white that you’re seeing in the photos. Now, both the colors look great but trust me, you’ll want the V17 in Glacier White. For one, the finish looks really unique as there aren’t many light-colored smartphones in the affordable segment. But, more importantly, the glacier white finish attracts significantly fewer fingerprints and smudges, so you won’t have to constantly wipe the back of the phone to keep your OCD at bay. 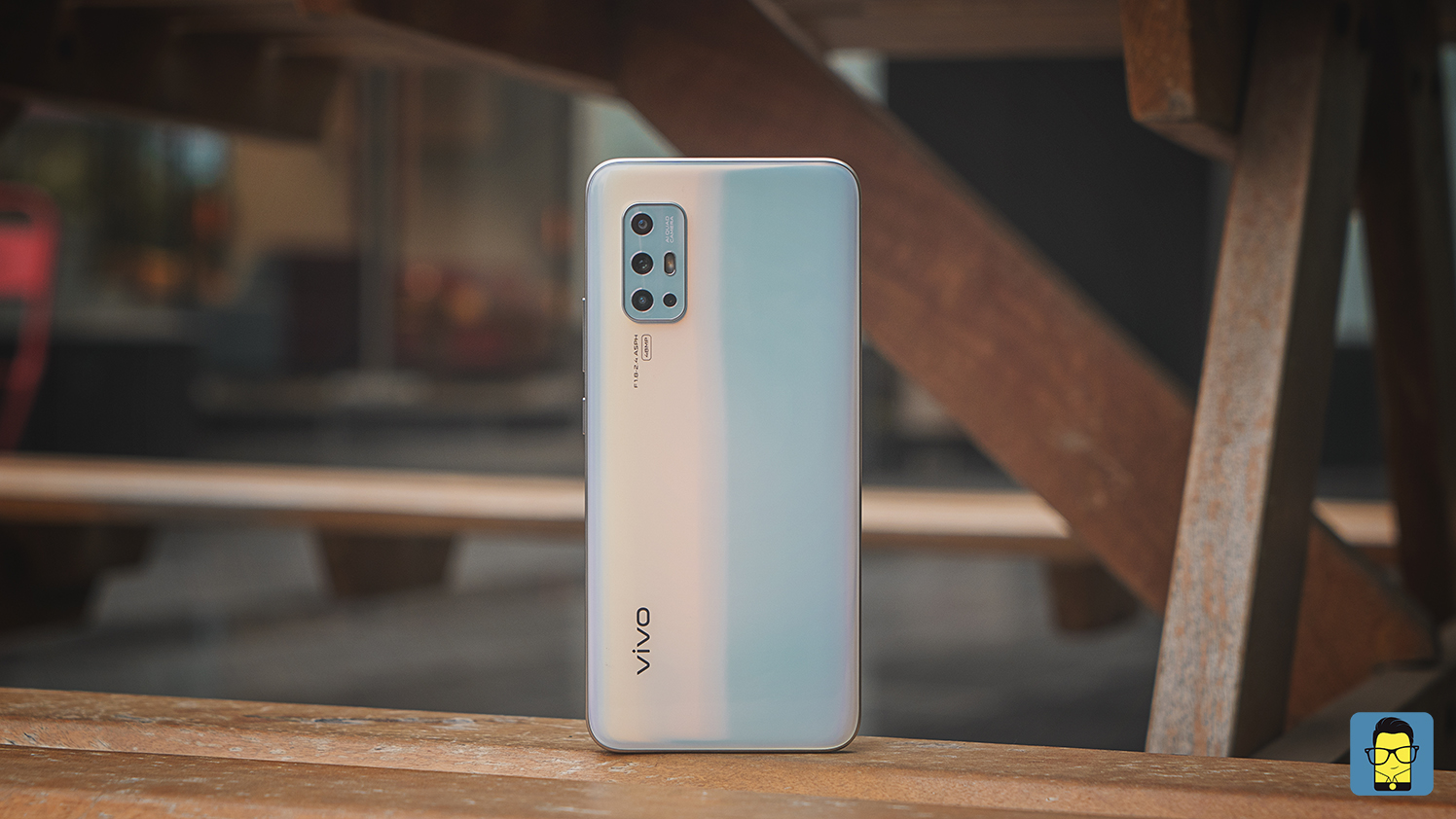 And, if you’re gutted that the phone hasn’t been constructed using premium materials like glass, then don’t be. Plastic phones are more arguably more durable and despite packing in a 4,500mAh battery, the V17 still feels light in the pockets compared to say, the OnePlus 7T with a significantly smaller cell. 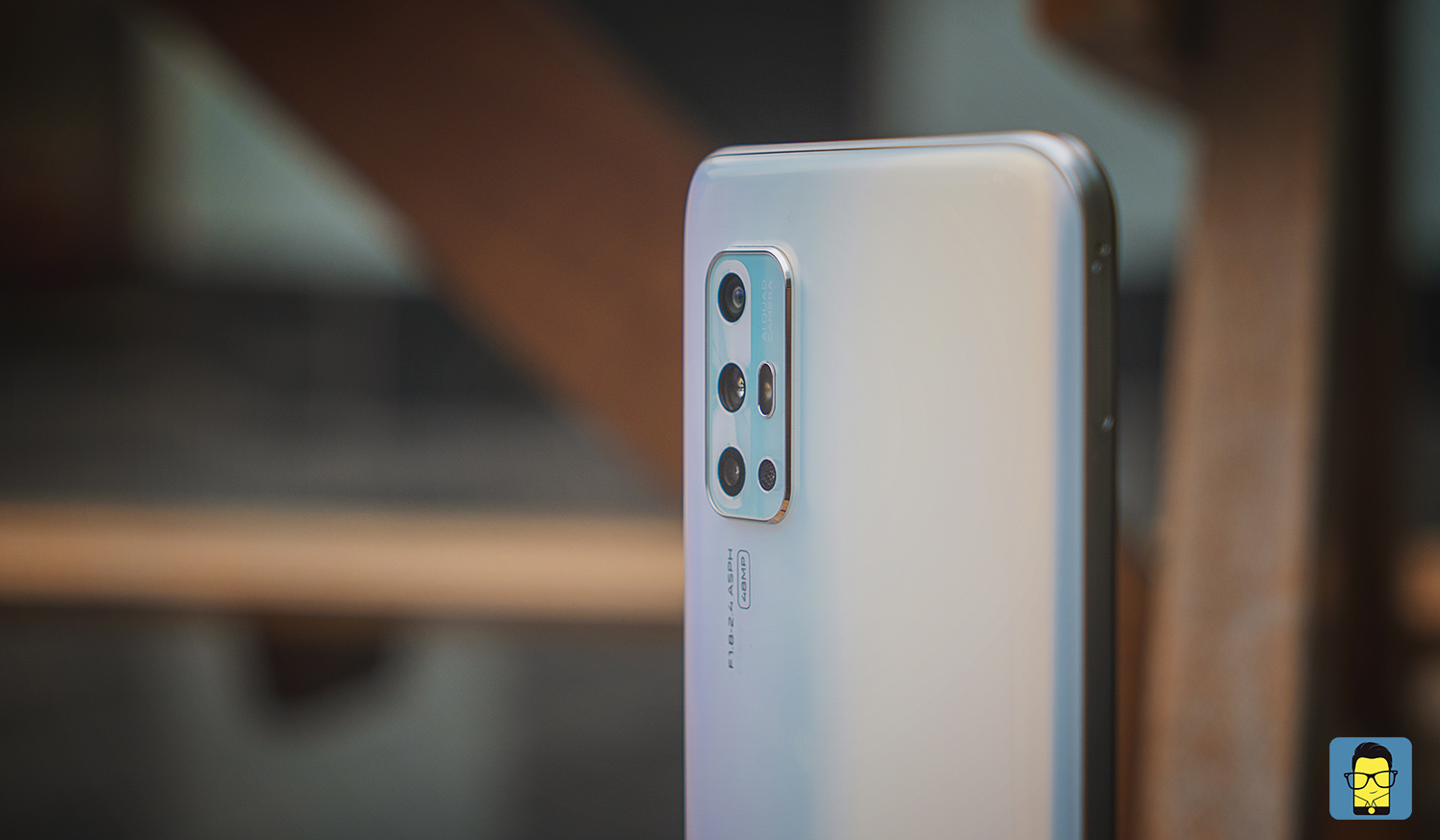 From a purely aesthetic standpoint, the V17 draws a lot of similarities from its bigger sibling, the V17 Pro too. In fact, if not for the repositioned camera module at the back, it could be tricky to tell one phone from the other. But, there are quite a lot of changes Vivo has introduced with the newer model. Firstly, there’s no dedicated Google Assistant button on the phone, a feature I absolutely loved on the Pro model. 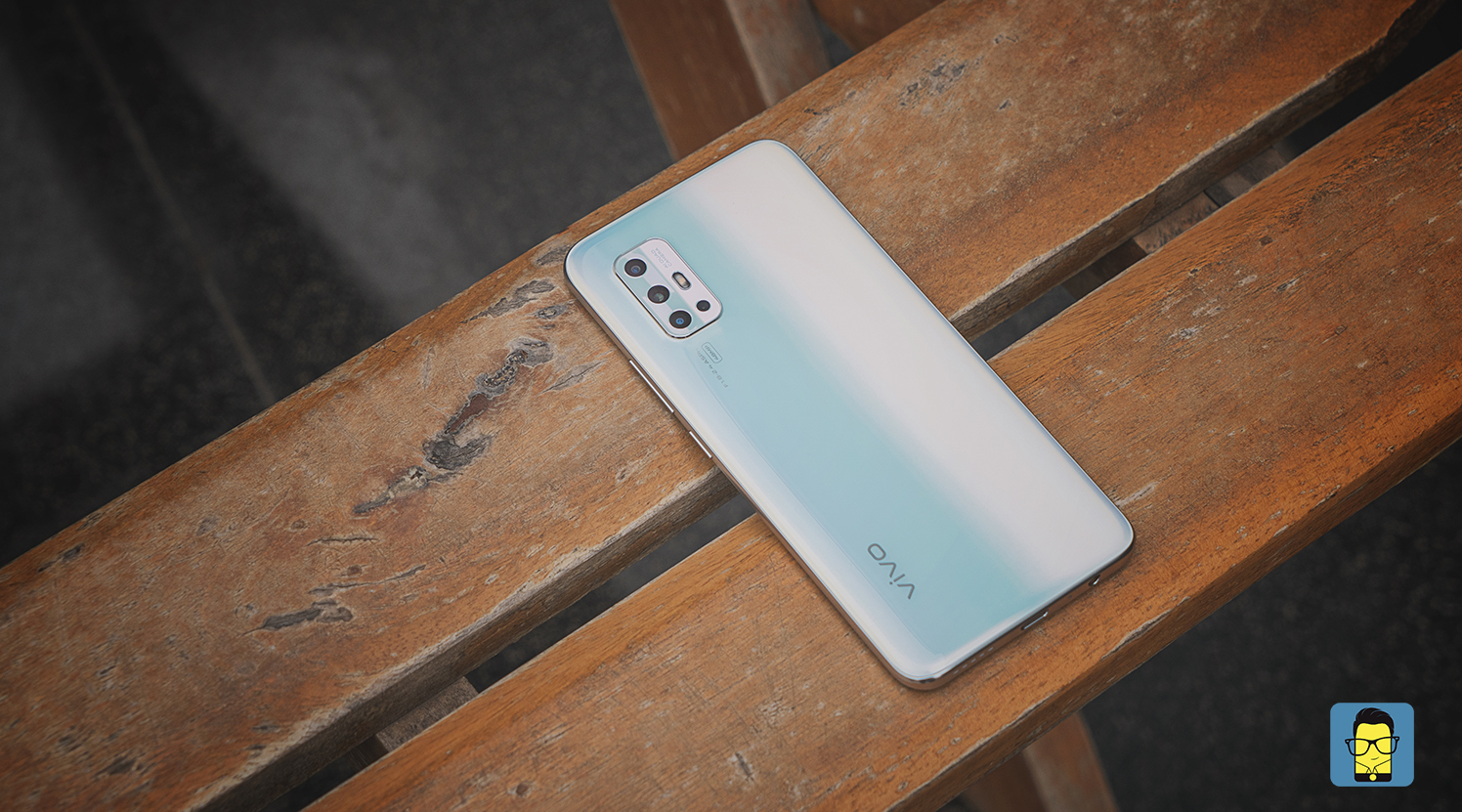 Secondly, the ports and the buttons on the handset have been rearranged too. And this time around, you’ll get the headphone jack at the bottom, positioned beside the USB Type-C port. The volume rocker and the power button can be seen on the smartphone’s right-hand spine, with the triple SIM tray slot (2 sims + 1 dedicated slot for MicroSD) found on the left-hand side of the phone. 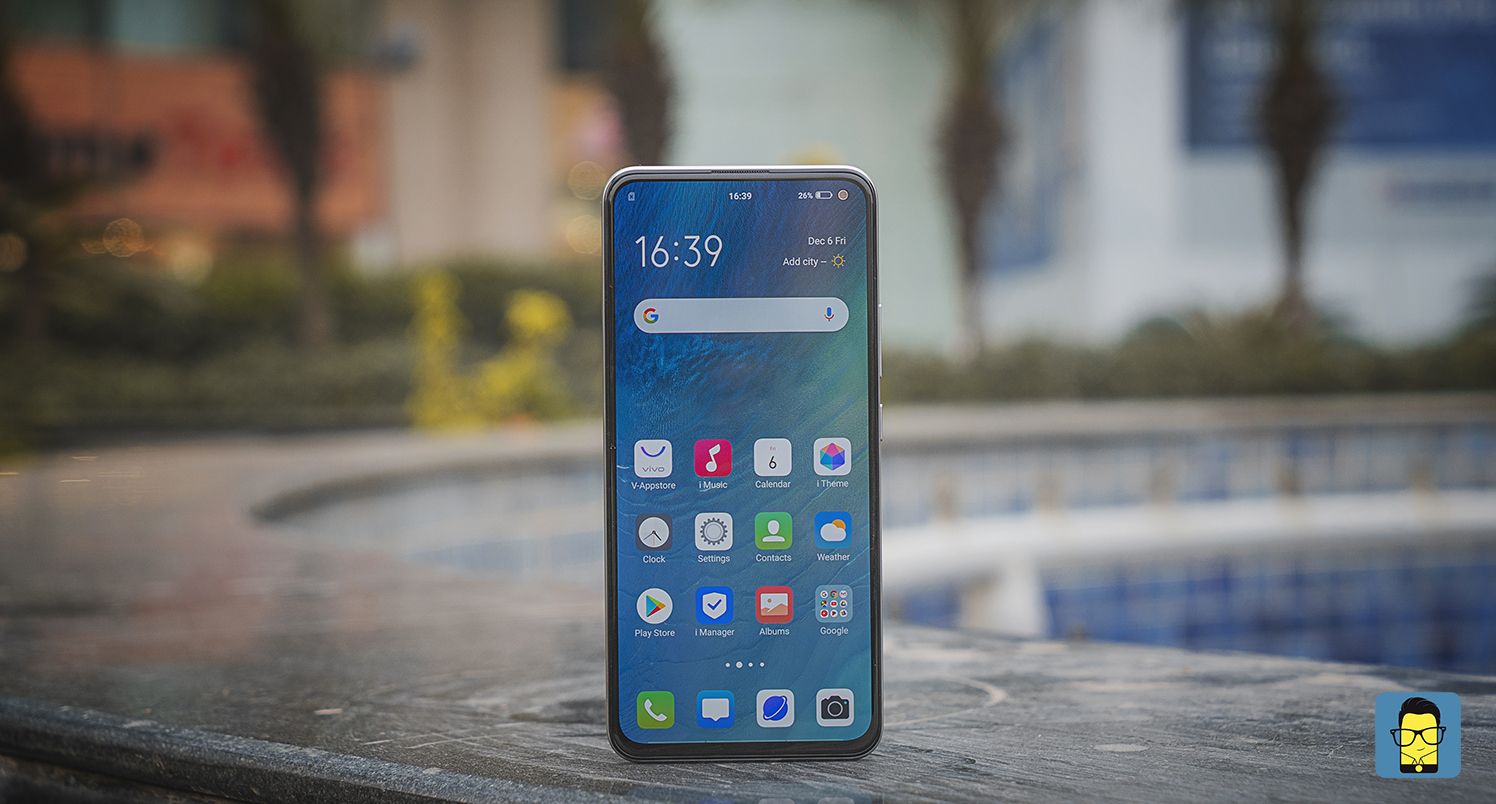 Now, the V17 is a more affordable variant of the V17 Pro and consequently, Vivo had to take steps to bring the price of the smartphone down. To that note, the device in question doesn’t ship with a dual pop-up selfie camera mechanism. Instead, it comes with an in-display camera module on the front. So, while the V17 Pro offered a full-screen display, the V17 comes with a tiny punch-hole notch. 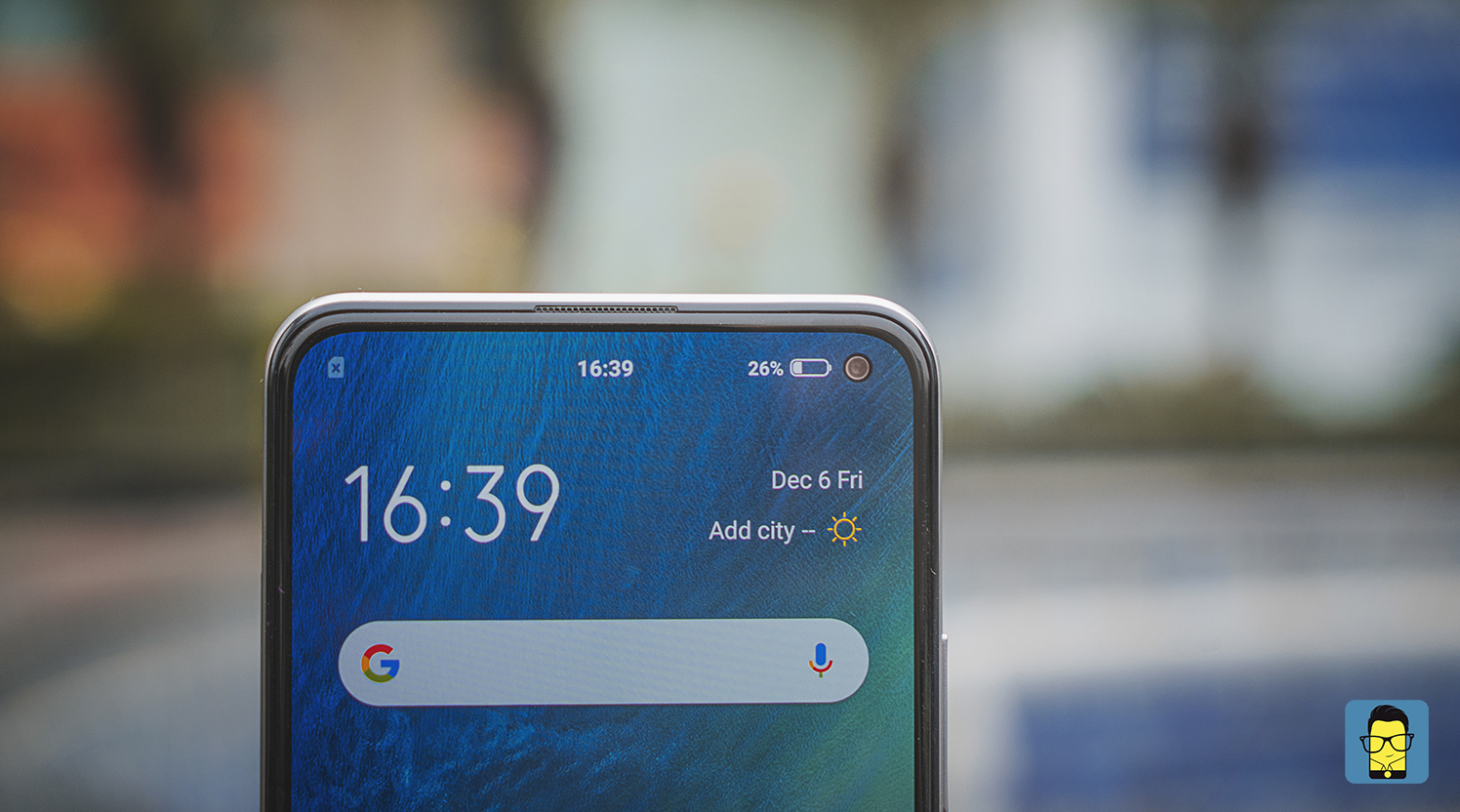 But, no need to fret, as the phone still offers a screen-to-body ratio of over 91-percent, which is still pretty darn good for watching movies on the go. The display measures in at 6.44-inches, and is backed by Super AMOLED tech, making the colors pop. Moreover, there is WideVine L1 support on board too, so you should be able to stream licensed content from apps like Netflix without any fuss. 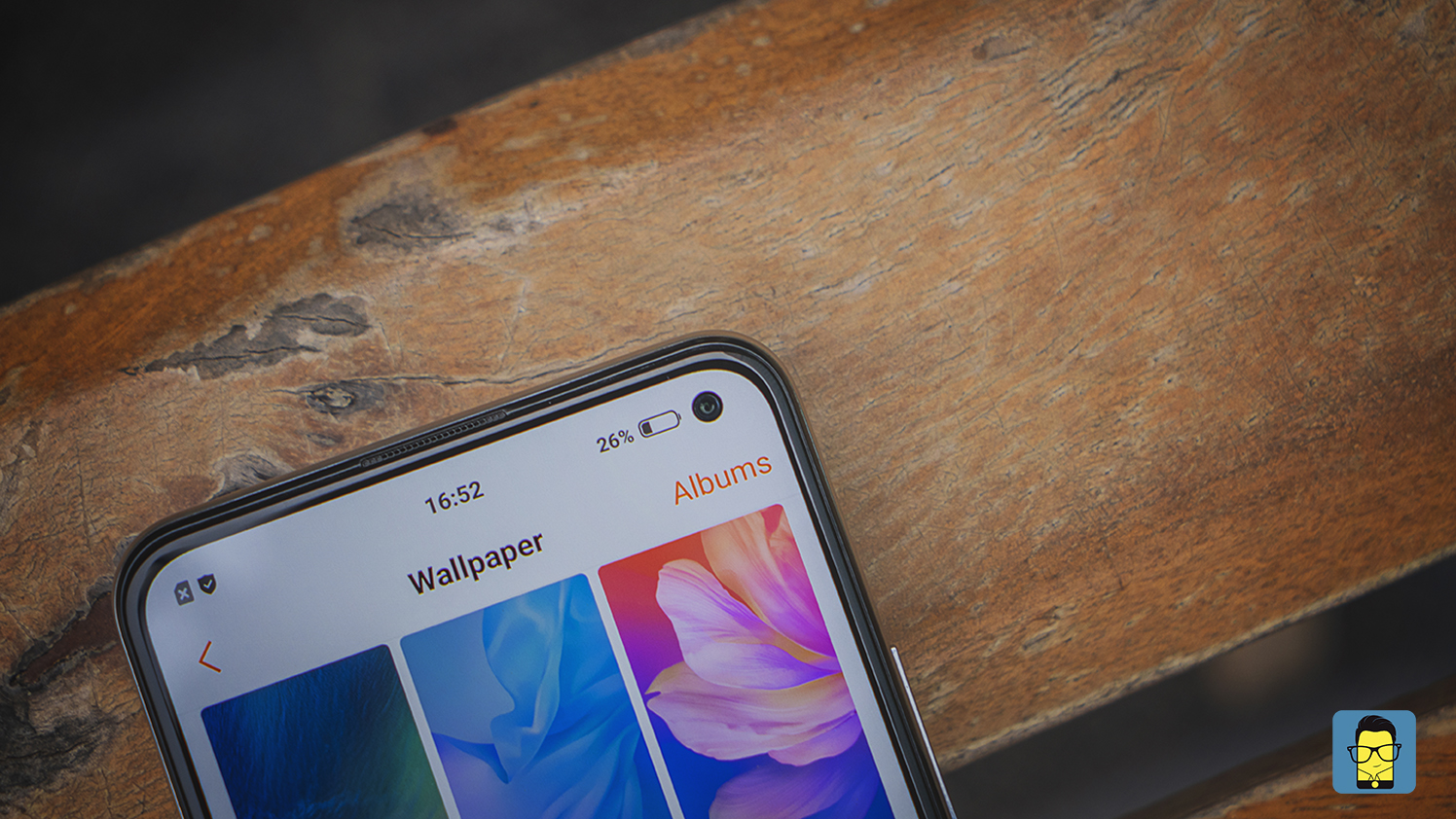 Now, before I wrap up the design section, let’s talk biometrics. The V17 comes with an in-display fingerprint sensor which is pretty responsive. In fact, so far, I could unlock the phone seamlessly in the first attempt itself. There’s also facial recognition this time around, which in the case of the V17 Pro was only meant to act as a failsafe. But, the V17 gets the full treatment and lets you choose facial recognition as a means to unlock the phone.

The Vivo V17 features a quad-camera setup at the back, comprising a primary 48MP main sensor with f/1.8 aperture, an 8mp wide-angle shooter with f/2.2 aperture, a 2MP bokeh sensor with f/2.4 aperture and a 2MP macro sensor with f/2.4 as well. For selfies, the smartphone features a 32MP front camera with f/2.45 aperture. Now, unfortunately, we don’t yet know which sensor the company is using for its primary camera but I’ll make sure to put the details in the comments below when I have more to share. 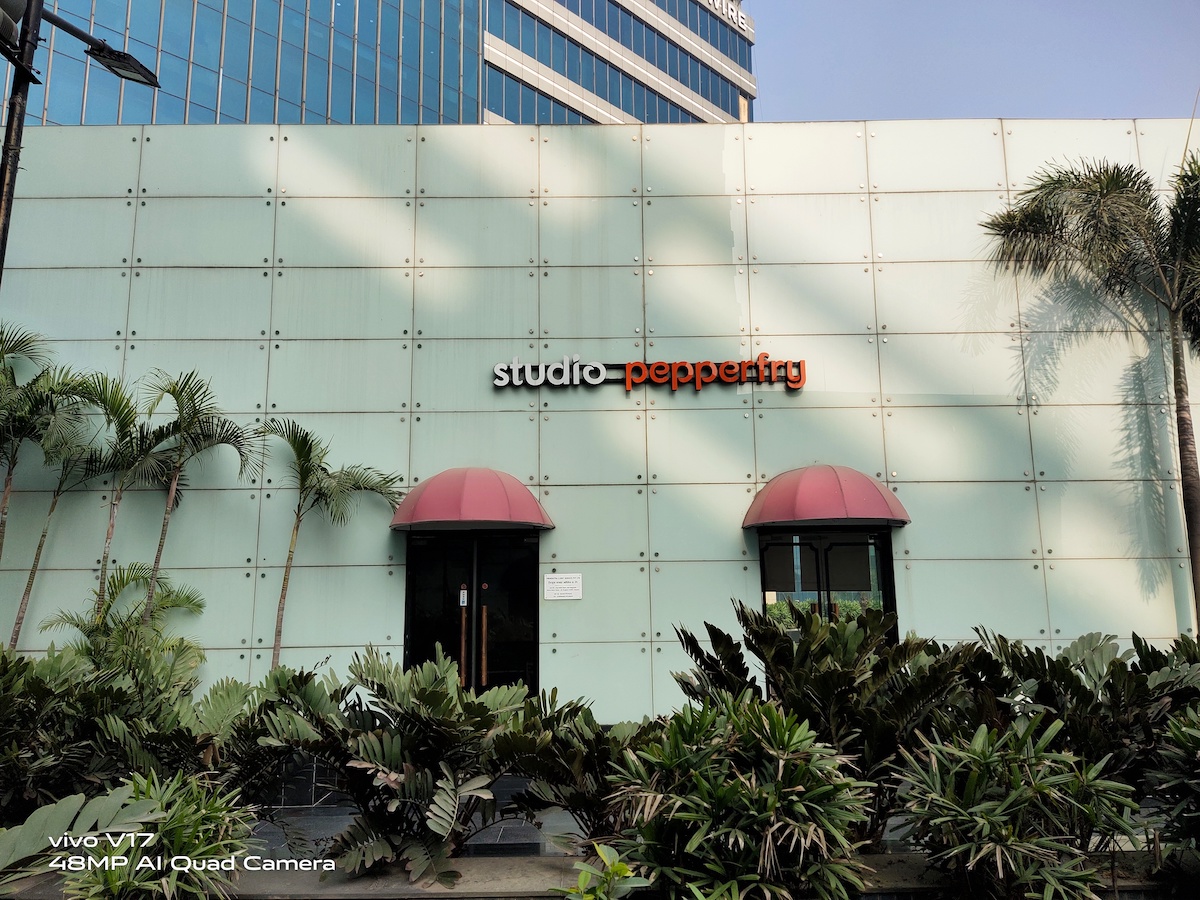 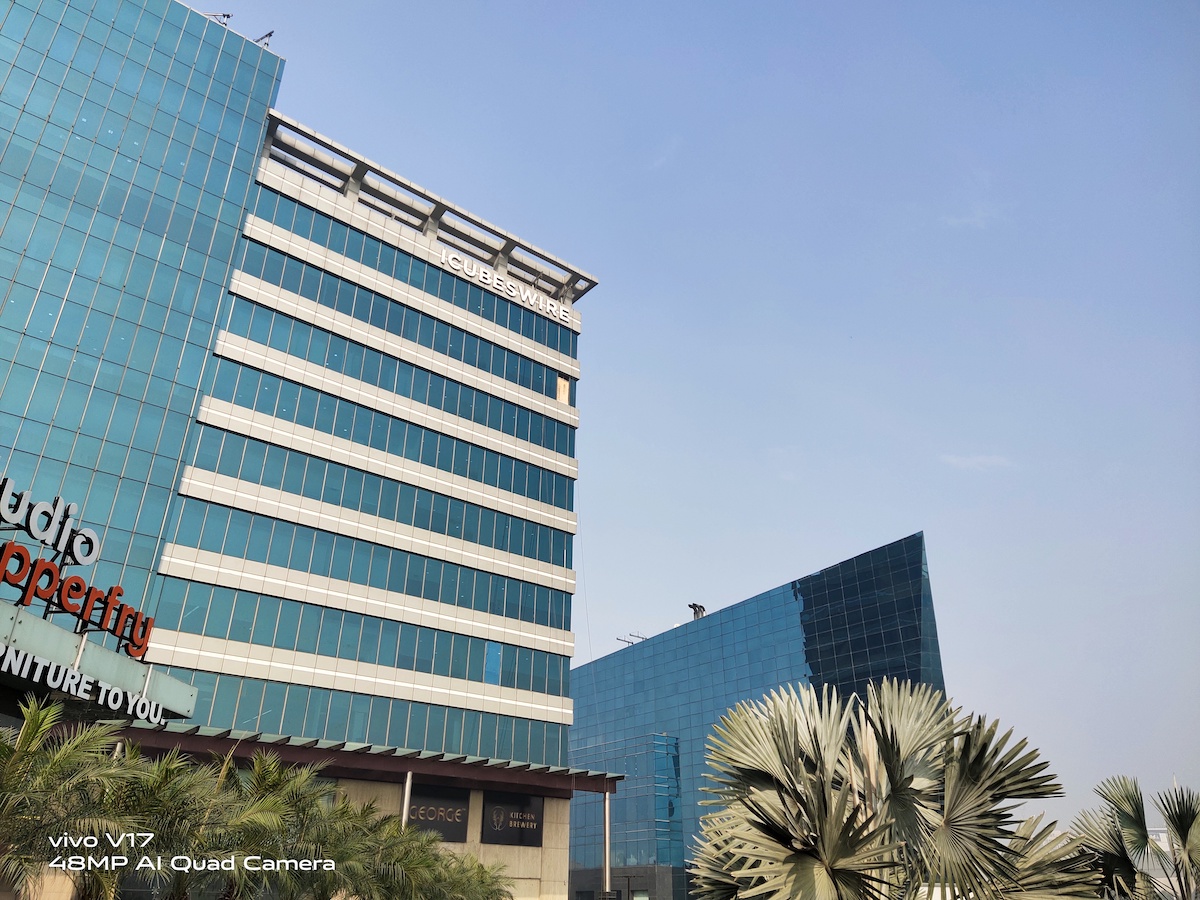 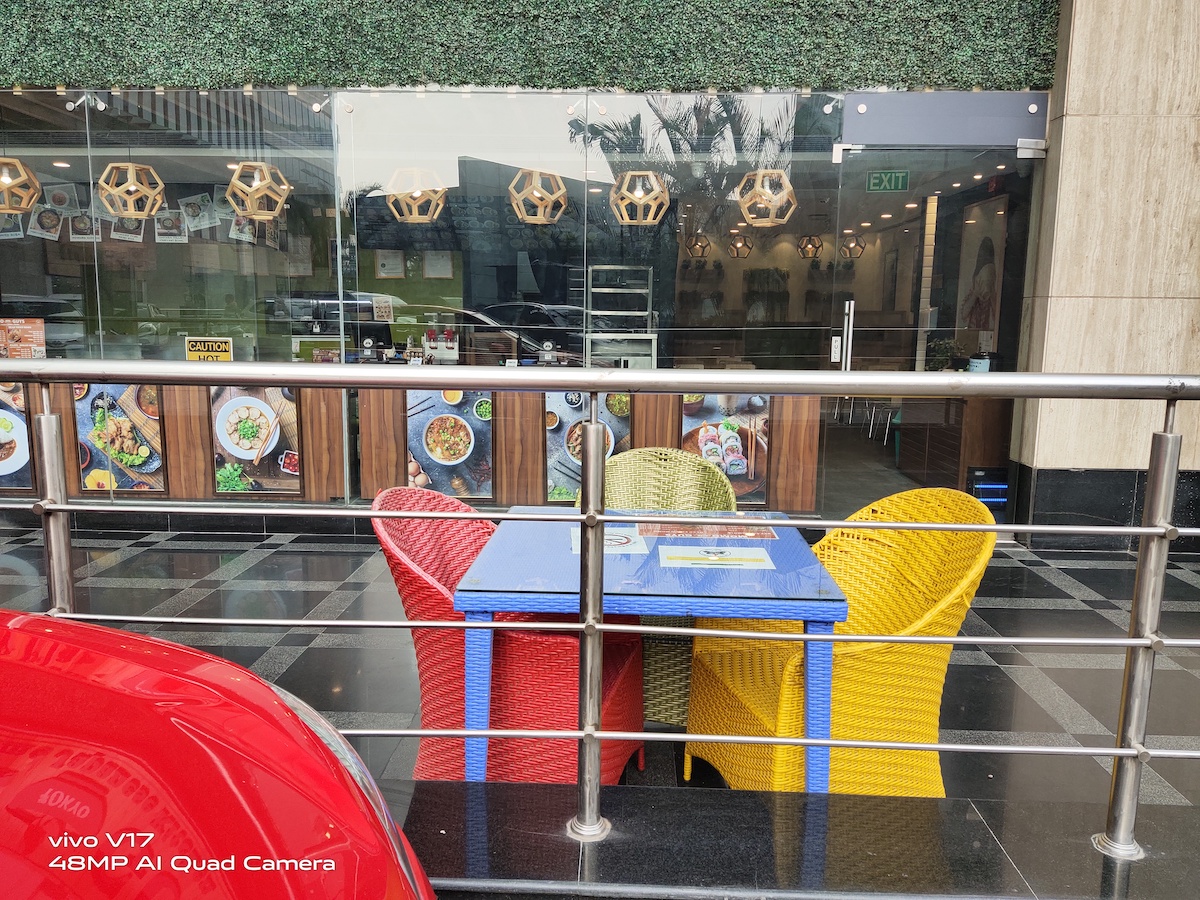 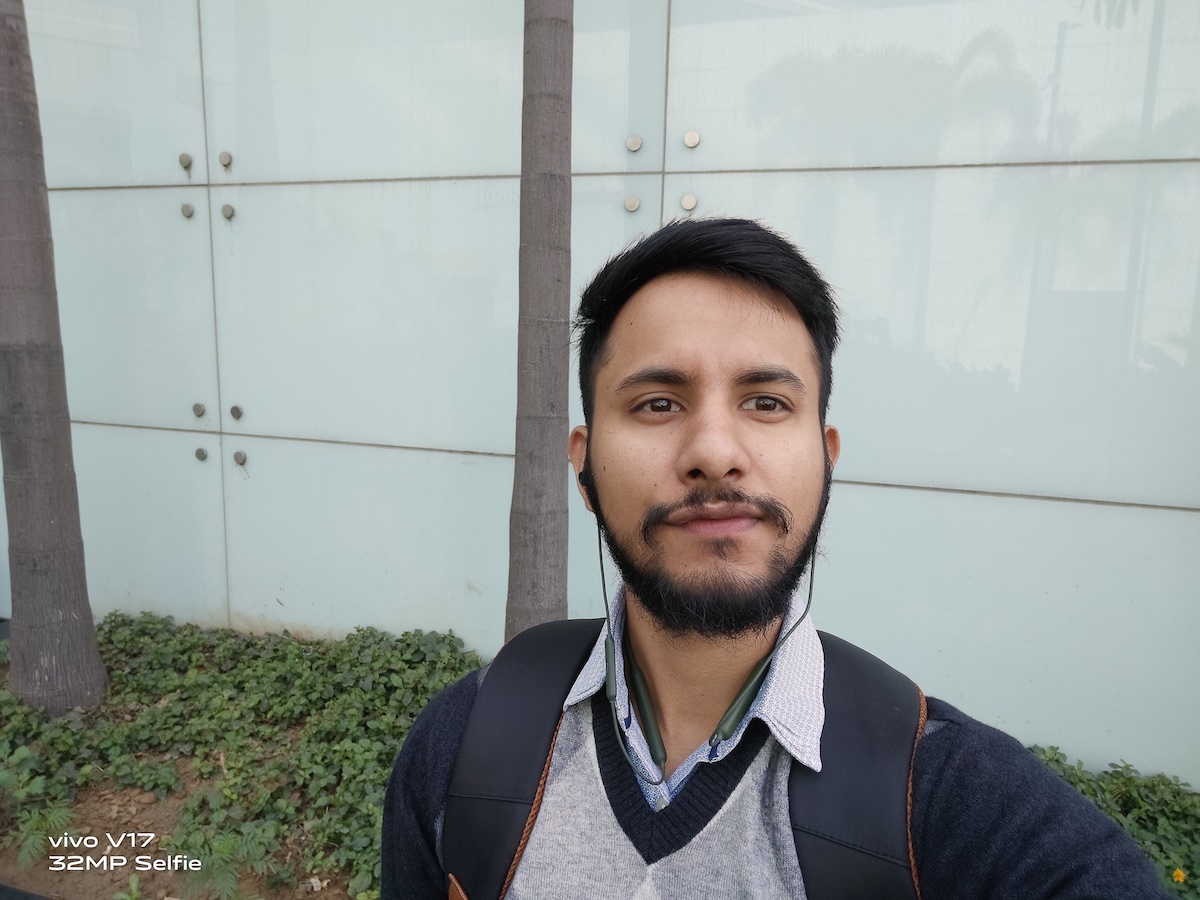 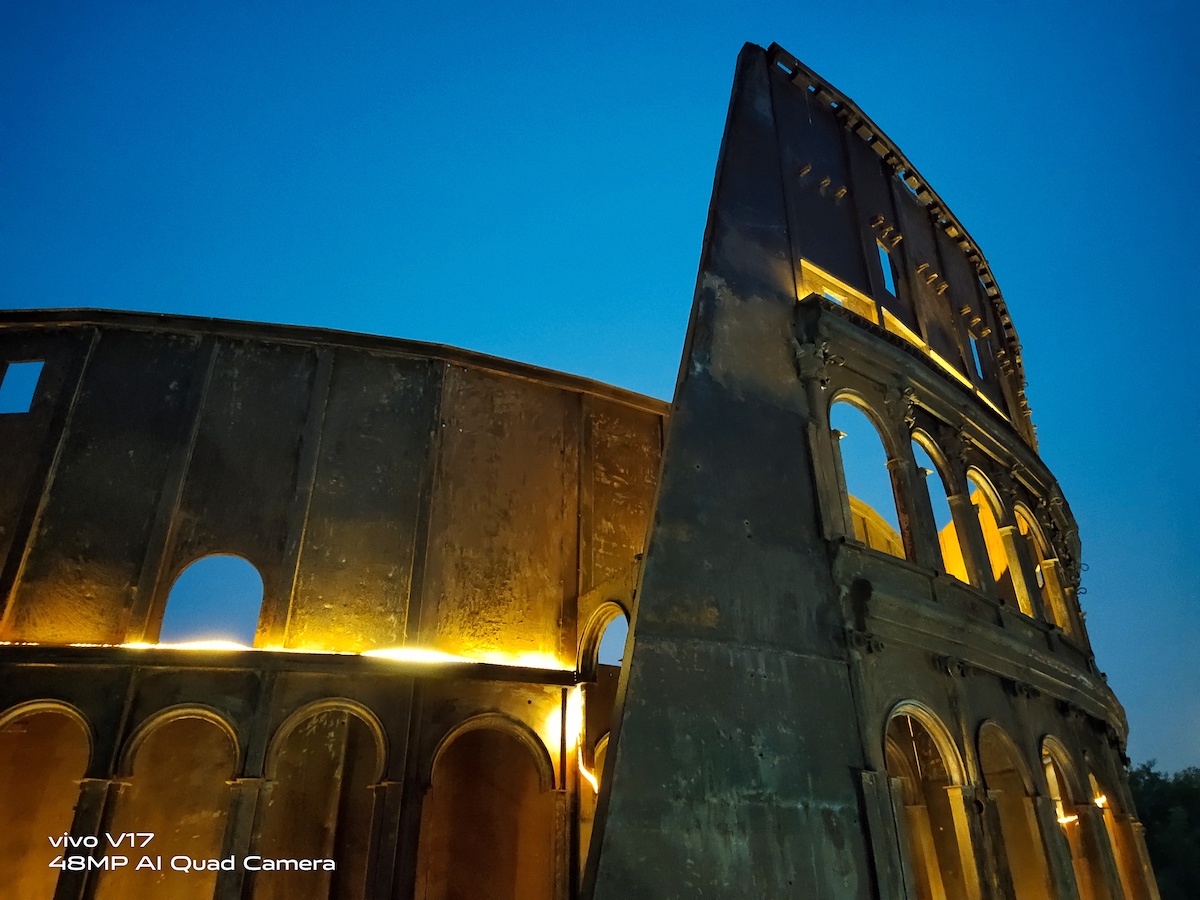 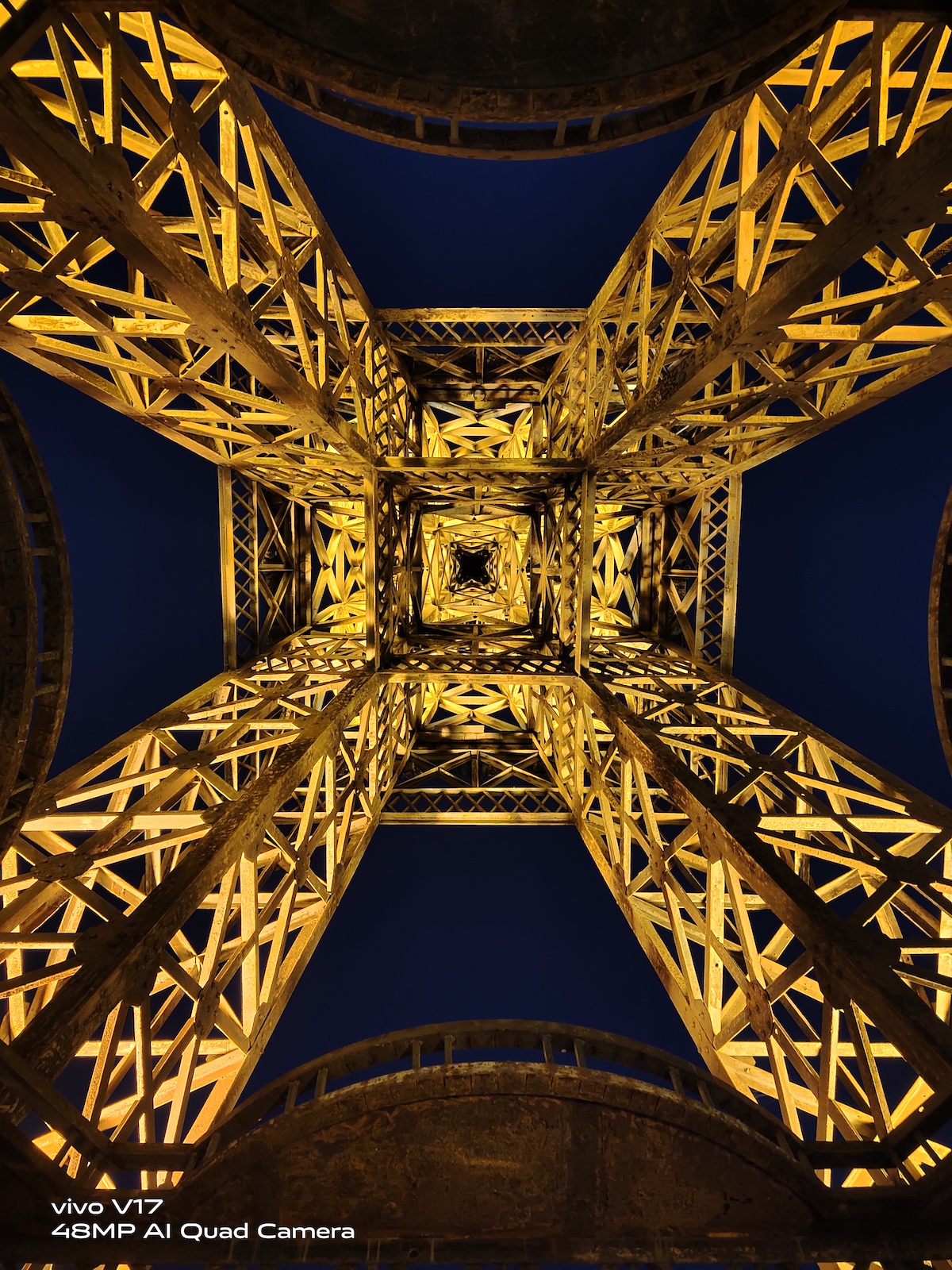 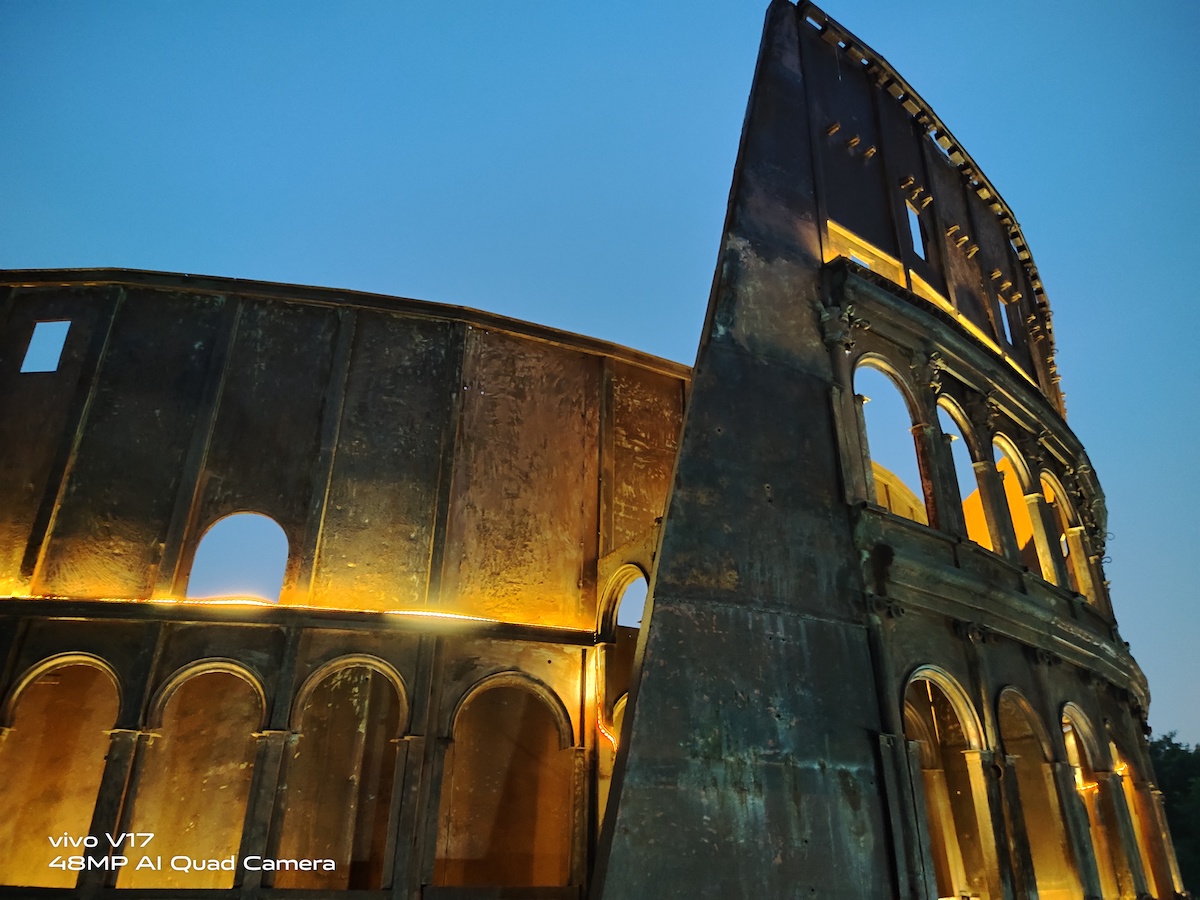 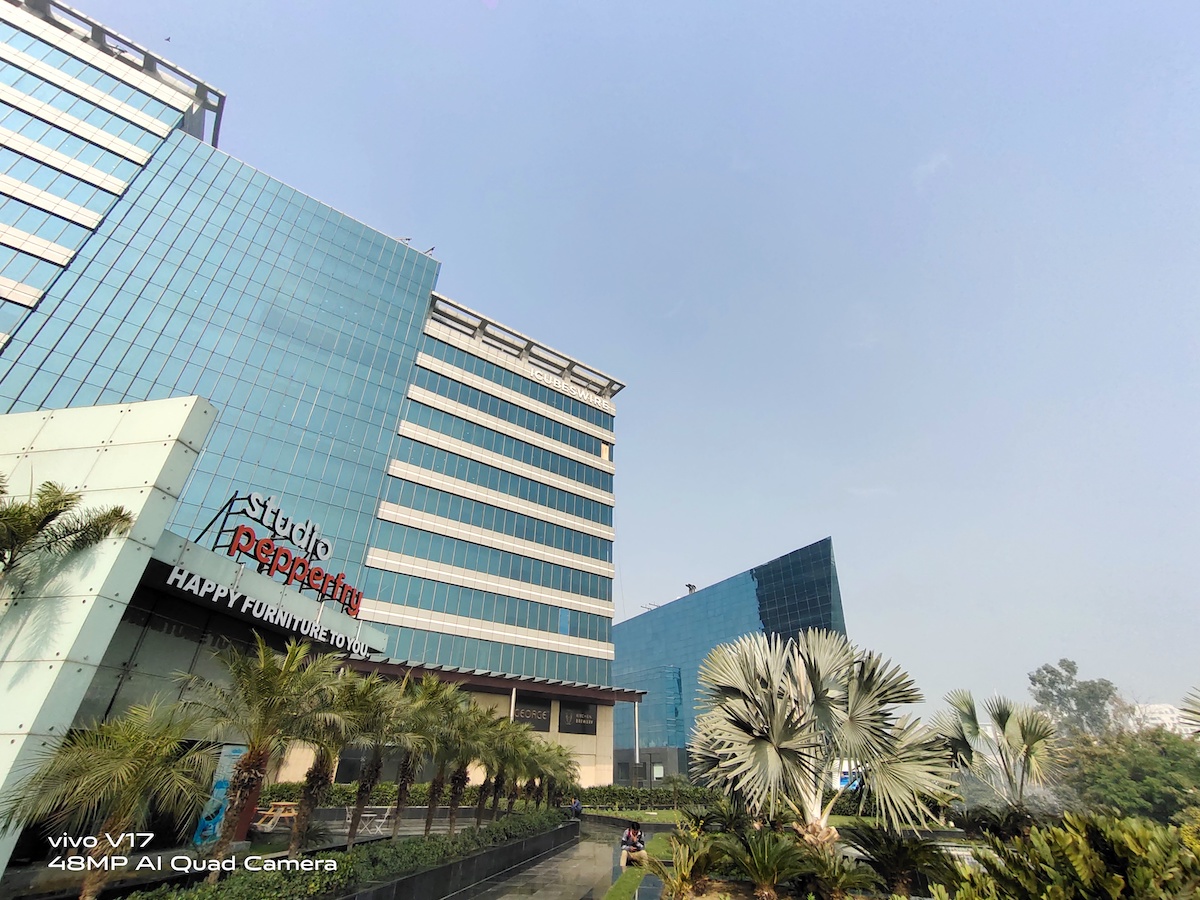 Now, while you’re flipping through the camera samples, allow me to talk about my initial impressions of the cameras. So, the Vivo V17 feels like an extremely capable shooter and the smartphone can easily click good images during the day or at night. But, the problem lies with each of the sensors color science and from the shots, you can clearly tell that the V17 is boosting the saturation quite a bit. That said, the phone does offer a lot of versatility to photographers and I’m sure you’ll have a fantastic time clicking photos with the V17.

Driving the cores on the Vivo V17 is Qualcomm’s Snapdragon 675 processor which works alongside 8GB of RAM and 128GB of built-in, user expandable storage. Now, if you’re wondering why the company decided to go with a Snapdragon 6-series processor, and not a 7-series chip like the one on the Vivo Z1 Pro or the Vivo Z1X, then I am just as lost as you are. But, it is the processor we have to work with, so let’s look at some benchmarks.

In Antutu’s 3D Benchmark and Geekbench, the Vivo V17 secured 227972 and 1635 points respectively, which are consistent with other phones using the same processor. I did play some games on the phone and titles like PUBG can be run on the V17 on medium settings. The game did lag occasionally, especially when I was interacting with doors or jumping out of a window but for the most part, it was a playable experience. 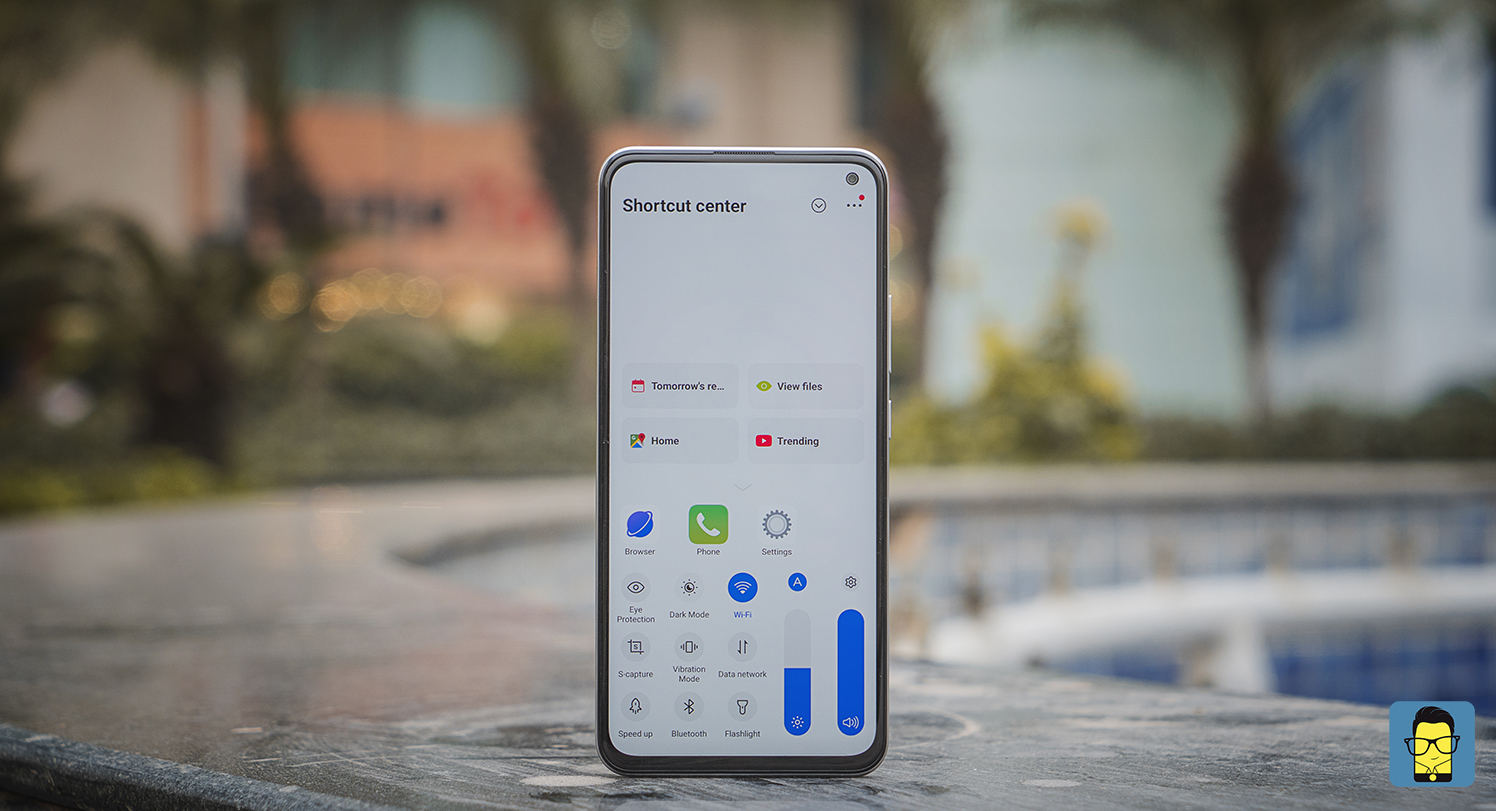 As for software, the Vivo V17 runs a skin of FunTouch OS v9 on top of Android Pie. The custom skin does offer some interesting features like a system-wide dark mode and intuitive navigation gestures, but it also comes with its fair share of bloatware too which eats up a lot of storage. 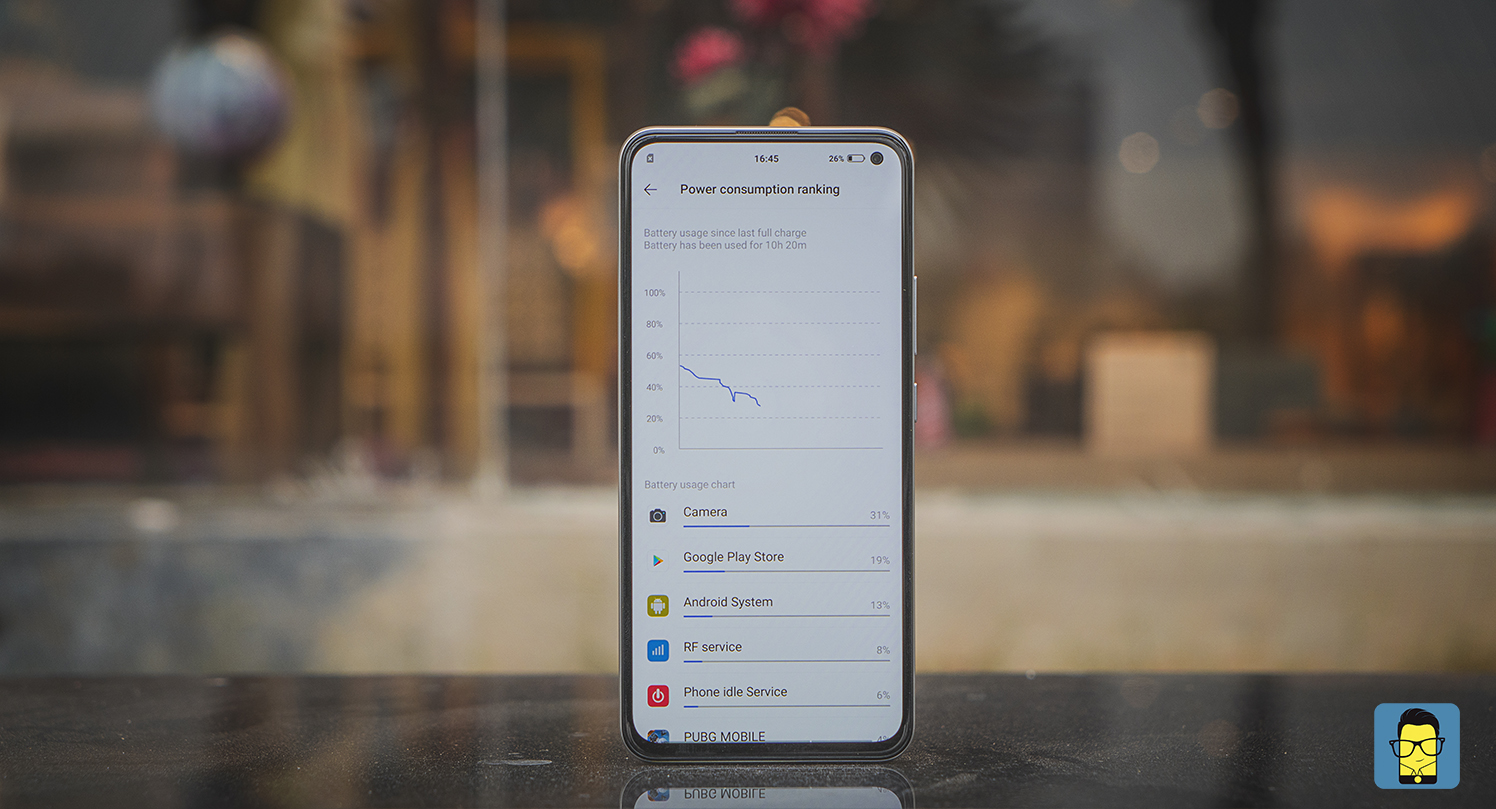 The Vivo V17 comes with a massive 4,500mAh battery. Which, funnily enough, is bigger than the 4,100mAh cell on the V17 Pro. I am confident that the battery on the V17 will easily last me a full workday. And, should the battery level dwindle to single digits, the phone offers 18W fast charging to quickly refuel the cell.

As of writing this article, I don’t really know the price of the Vivo V17, but, I’m guessing it’ll be priced around the Rs 20K mark. For that sum, the phone goes up against formidable competition from the likes of Redmi K20 and Vivo’s own Z1X smartphone. Now, the V17 is clearly the least powerful of the lot but, it does offer beautiful design and a total of five cameras. So, do you think the phone will be able to hold its own in the affordable segment? Do let us know in the comments below.