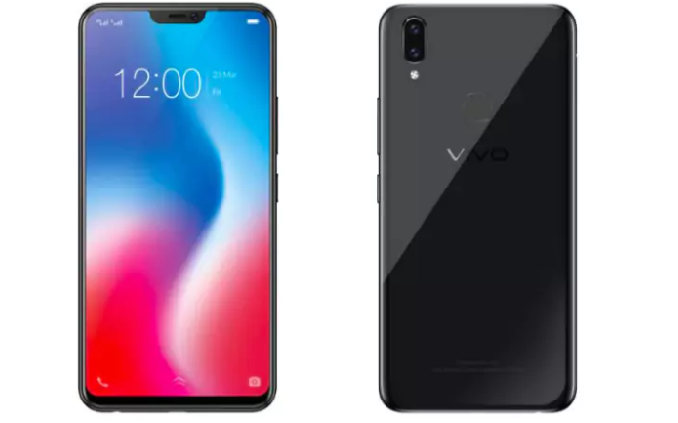 The Vivo V9 although will be launching on March 23, hasn’t been a well-guarded secret. Apparently, the leaked physical design of the phone is all over the place and a recent retail box of the phone was also snapped in the wild. However, now the company itself has listed the bezel-less handset on its Indian portal all but confirming the whole package. 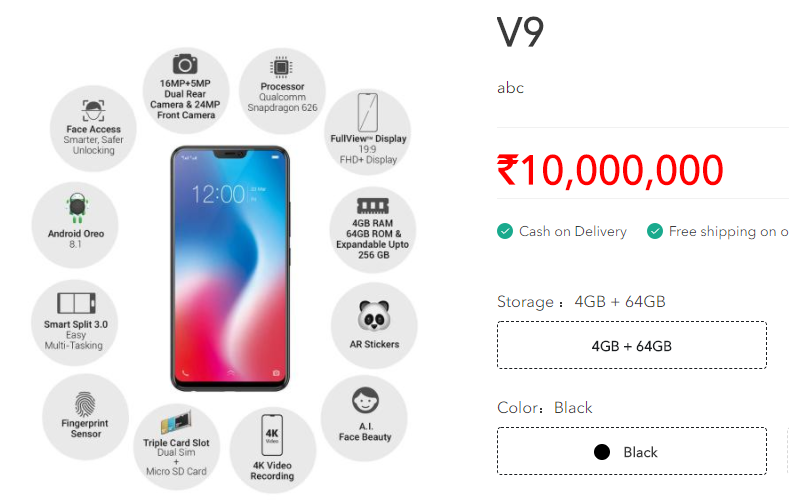 The listing reveals key specs as well as features and the colours in which the device will be available. However, the price is still unknown. As for the hardware, the Vivo V9 boasts a 6.3-inch Full HD+ IPS display with a notch. Under the hood, it is loaded with a Snapdragon 626 SoC as opposed to the Snapdragon 660 SoC rumoured earlier. The listed handset is a 4GB + 64GB variant.

The feature list says the handset will be running Android 8.1 Oreo but you’ll probably see it wrapped in FunTouch OS. Other key features include Face Unlock, AI Beauty mode for camera, and 4K video recording. The Vivo V9 has a triple card slot which means you can fit 2 SIM cards as well as a MicroSD card simultaneously.

As of this writing, the page seems to have been taken down but we managed to capture screenshots of the listing.

The Vivo V9 will be available in Black and Gold colours. Pricing will be announced on March 23.