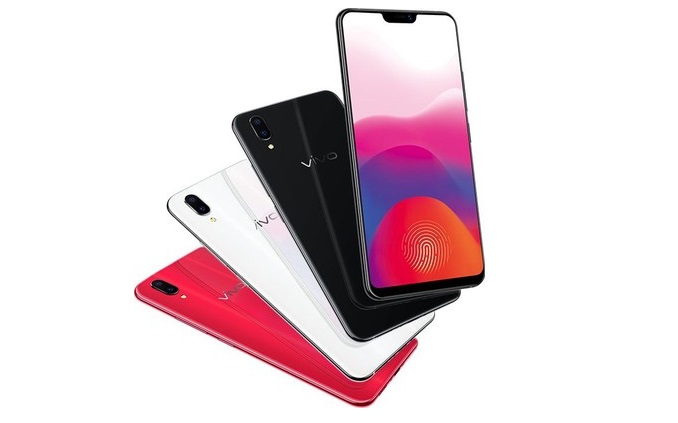 Vivo India has started sending out invites for an event dated May 29. It will launch the Vivo X21 with an under-display fingerprint sensor in India. The phone has already arrived in China and the company is eyeing to release it globally, starting with Singapore. The arrival of this phone will be an interesting affair as it is the first device to feature the under-display fingerprint reader technology.

Also read: Lenovo Z5 with a staggering 95% screen-to-body ratio shown off in an official sketch

The event invite doesn’t say much as Vivo has kept it subtle with ‘See you on 29th May 2018.’ The poster also has a huge ‘X’ in the centre and hence, one can be certain about the phone’s release. To make matters crystal clear, the company has inserted a unique fingerprint-inspired design in the ‘X’. The Vivo X21 UD will be released this month and we have all the reasons to be excited.

The Vivo X21 features an under-display fingerprint sensor made by Synaptics. The phone carries a 6.28-inch with a resolution of 1080 x 2280p. The display has an aspect ratio of 19:9 and is practically bezel-less. The phone comes with a notch on top and it helps in increasing the screen-to-body ratio even further.

The device derives its power from the Qualcomm Snapdragon 660 processor with 6GB of RAM and 128GB of ROM. The latter is expandable via a microSD card. The dual rear camera setup includes a 12MP + 5MP sensor and a 12MP selfie snapper for great shots. The Vivo X21 UD has a 3200mAh battery and it runs Android 8.1 Oreo. It comes in three shades – Black, Red and White.

Would you be interested in buying this phone? Let us know in the comments section below. Stay tuned to  Mr. Phone and download our app to get the latest updates from the world of smartphone technology.