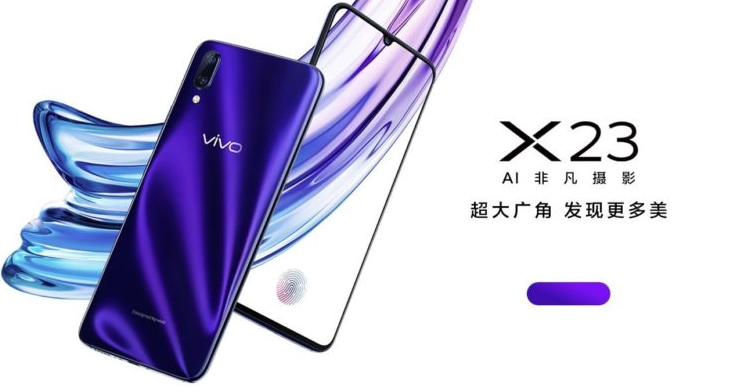 Jovi (Vivo’s AI assistant) first rendezvous as a smartphone tipster really panned out very well. When the news surfaced that the AI had tipped the Vivo X23 to launch on August 20, we were quite skeptical and rightly so. However, the handset has been listed on Vivo’s official portal today fulfilling the predictions of the AI.

So what are the prospects of the Vivo X23? Well, for starters, it has the fourth generation under-display biometric sensor. Whether that means an improved success rate or faster unlock speeds is not known yet. 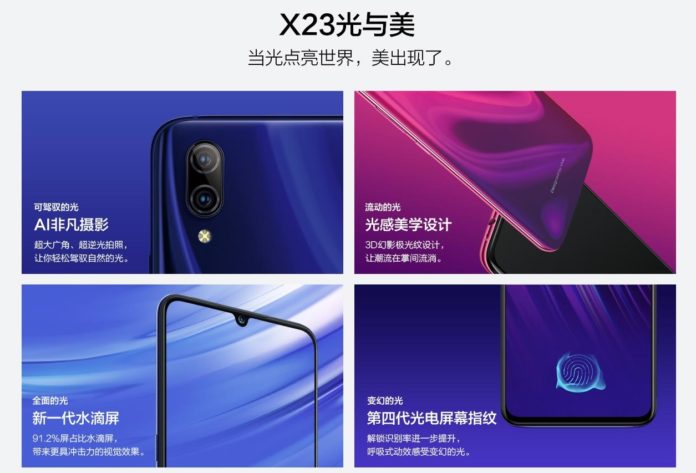 If one were to hide the branding, the Vivo X23 could be easily mistaken for the OPPO R17. That is even more true with the spec sheet. The listing says the Vivo X23 contains the Snapdragon 670 chipset, 8GB of RAM, and Android 8.1 Oreo coated with FunTouch OS 4.0. All that fun will be transmitted to the 6.4-inch AMOLED Full-HD+ display, again very similar to the OPPO R17. The teardrop notch on the handset allows Vivo to claim a screen-to-body ratio of 91.2 percent helped by the bottom bezels on a diet.

While this is an official listing, evidently there are still some things still unknown about the device. Those include storage variants, battery, camera qualities and features and of course, pricing. They will be revealed tomorrow when Vivo officially unveils the handset.

Apart from its close resemblance to the OPPO R17, the Vivo X23 is a blood relative of the Vivo V11 Pro probably. The posters on the website show a Pink/Violet colour option, again much similar to the above-mentioned device.