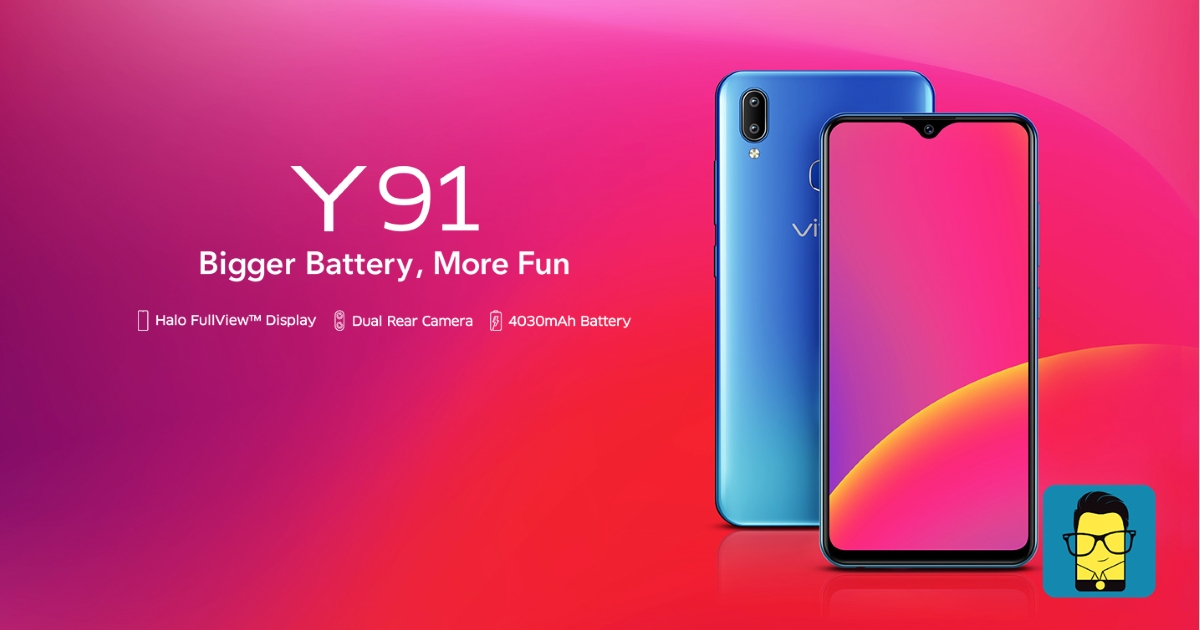 The Vivo Y91 is the upcoming smartphone from Vivo, marking the entry of the Y-series in India. With this Vivo phone, the company could be looking to make its mark in the budget-friendly segment. We’ve previously talked about various leaks about the device. Now, we’ve got an exclusive leak about the confirmed Y91 specs in India. So without any further ado, let’s jump right into it. 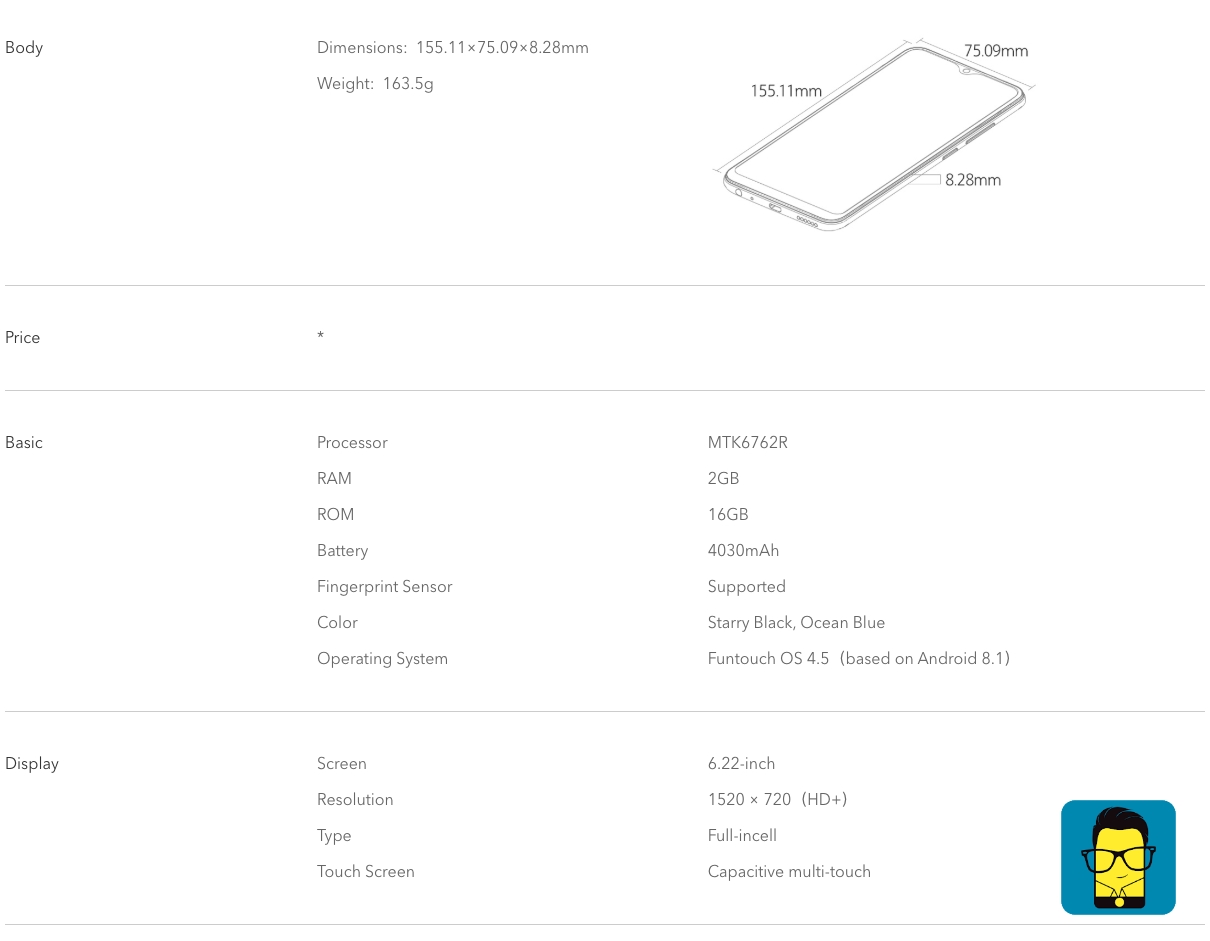 The leaks come courtesy of leakster, Ishan Agarwal. According to his product listing leak, the Y91 comes with a MediaTek Helio P22 (MTK6762R) processor. Alongside, you get 2GB of RAM and 16GB of onboard storage. This is different from the Y91 launched outside, that comes with a Snapdragon 439 processor and 3GB/32GB memory option. The display is a 6.22-inch HD+ display with a resolution of 1520×720 pixels. There’s also a waterdrop notch at the top, or as Vivo likes to call it, the Halo FullView display. 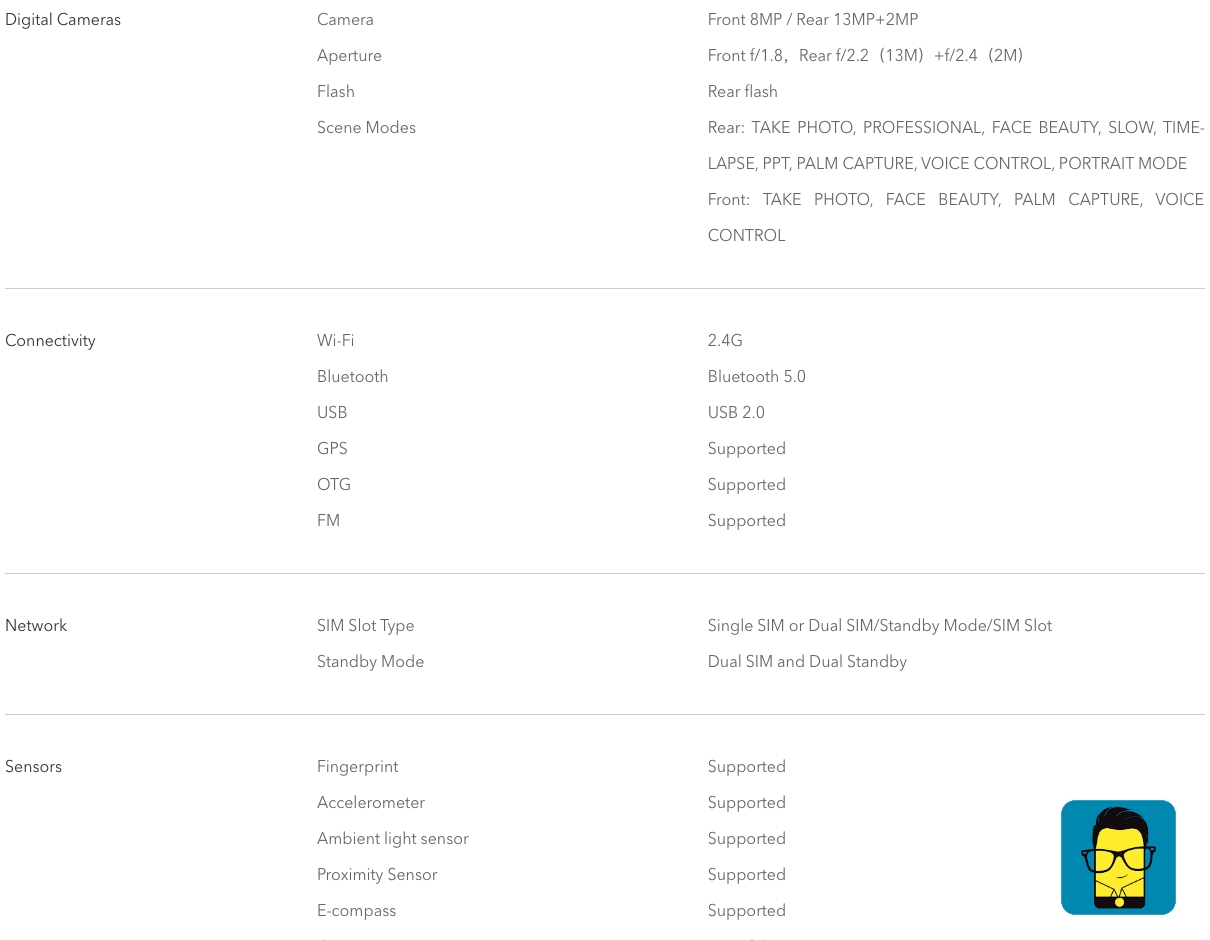 In the camera department, you get a 13MP primary shooter at the rear with f/2.2 aperture and a 2MP secondary snapper with f/2.4 aperture. Up front, there is an 8MP f/1.8 sensor for selfies. The device comes with support for Bluetooth 5.0 and Dual SIM capabilities. The entire device is juiced up with a beefy 4,030mAh battery. The device will ship with Android Oreo 8.1 with FunTouch OS 4.5 on top. 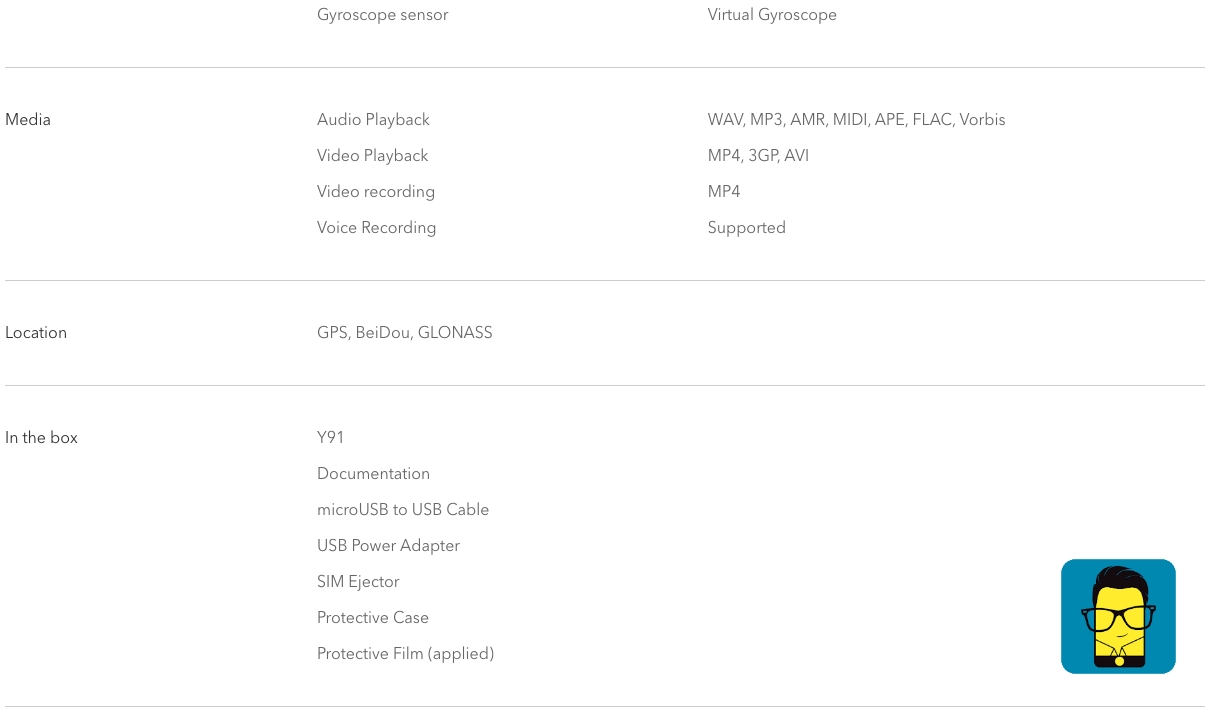 Alongside the specs, Ishan Agarwal has also provided us with the official press images of the upcoming phone. Go ahead and take a look at our gallery below: 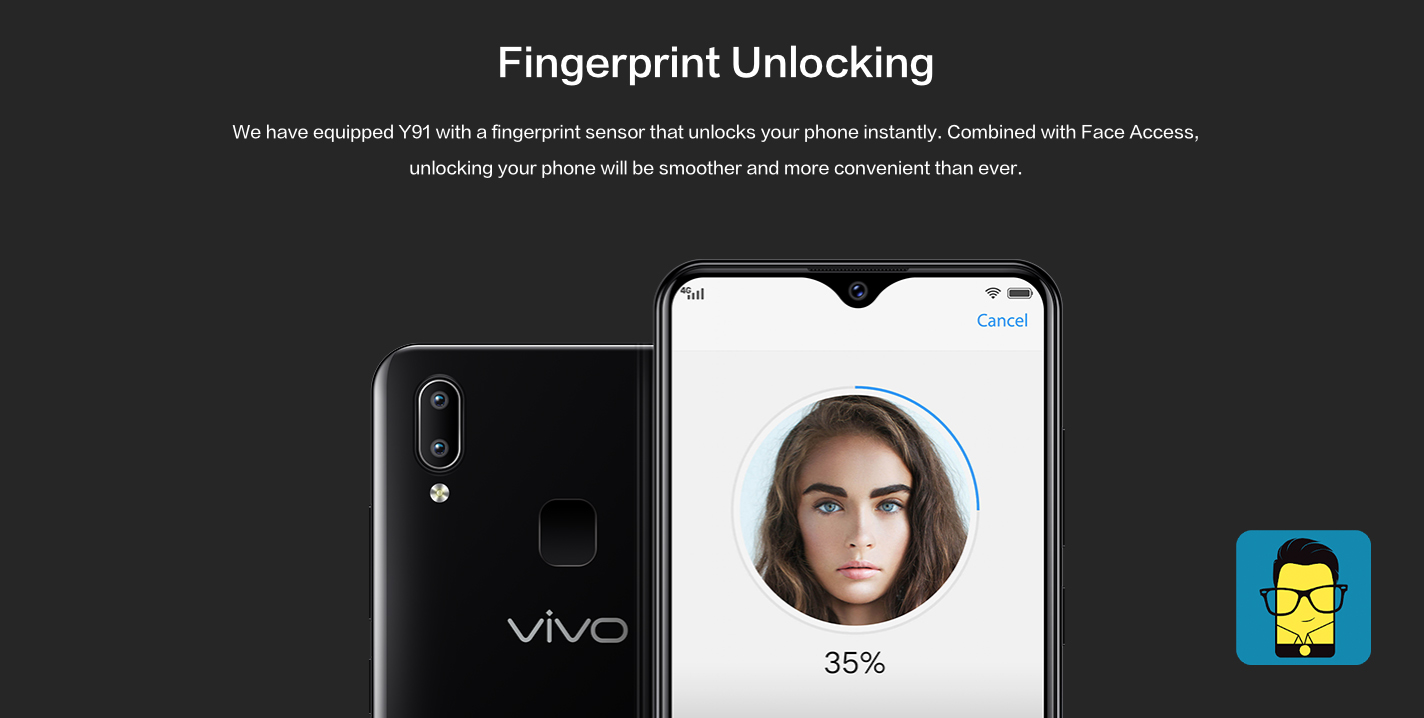 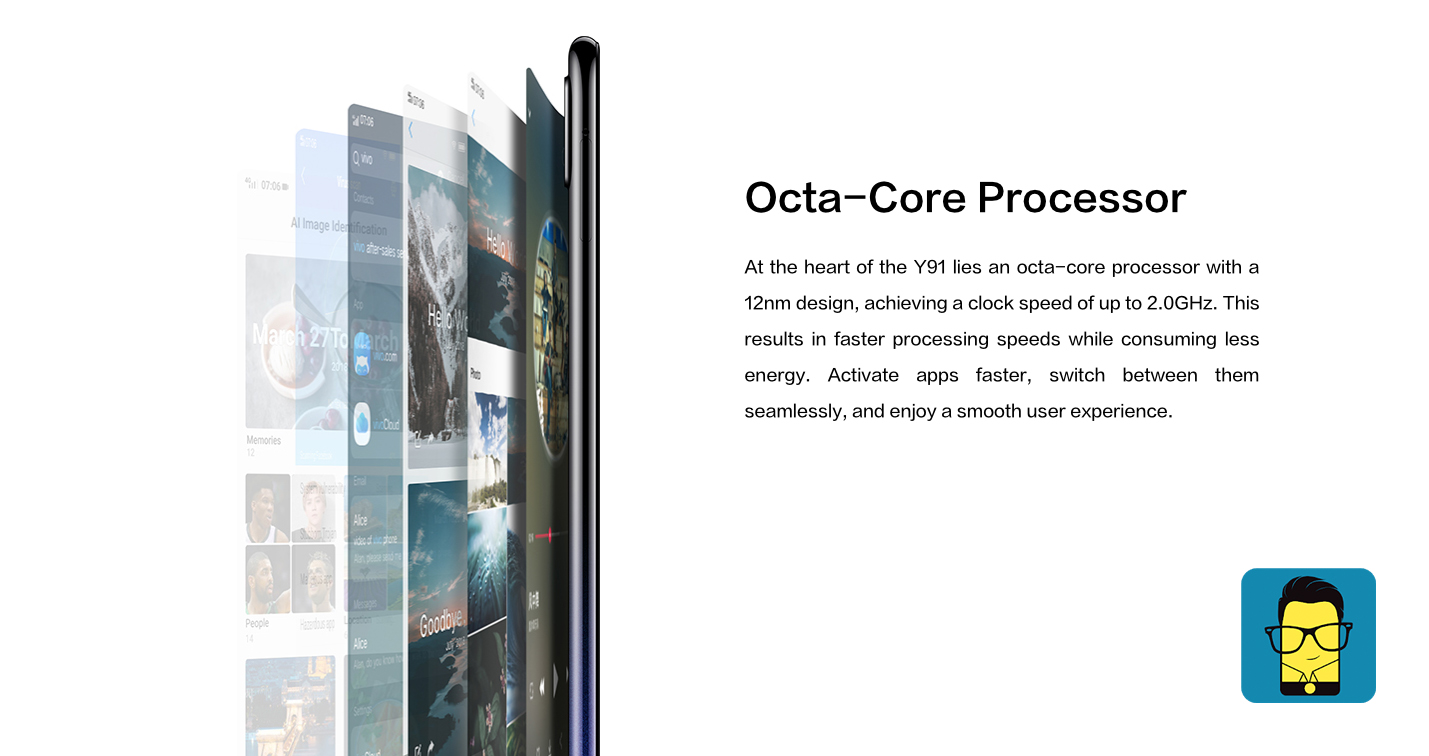 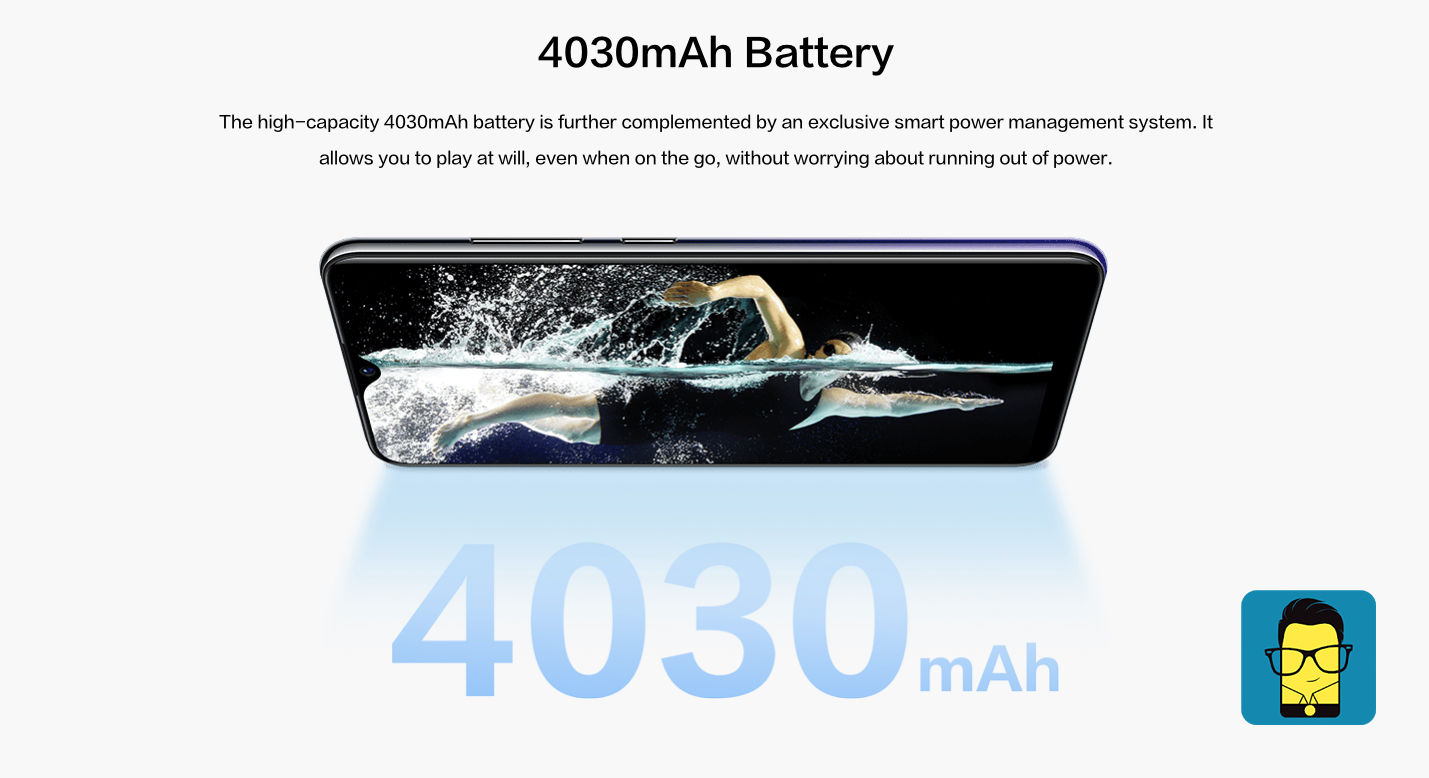 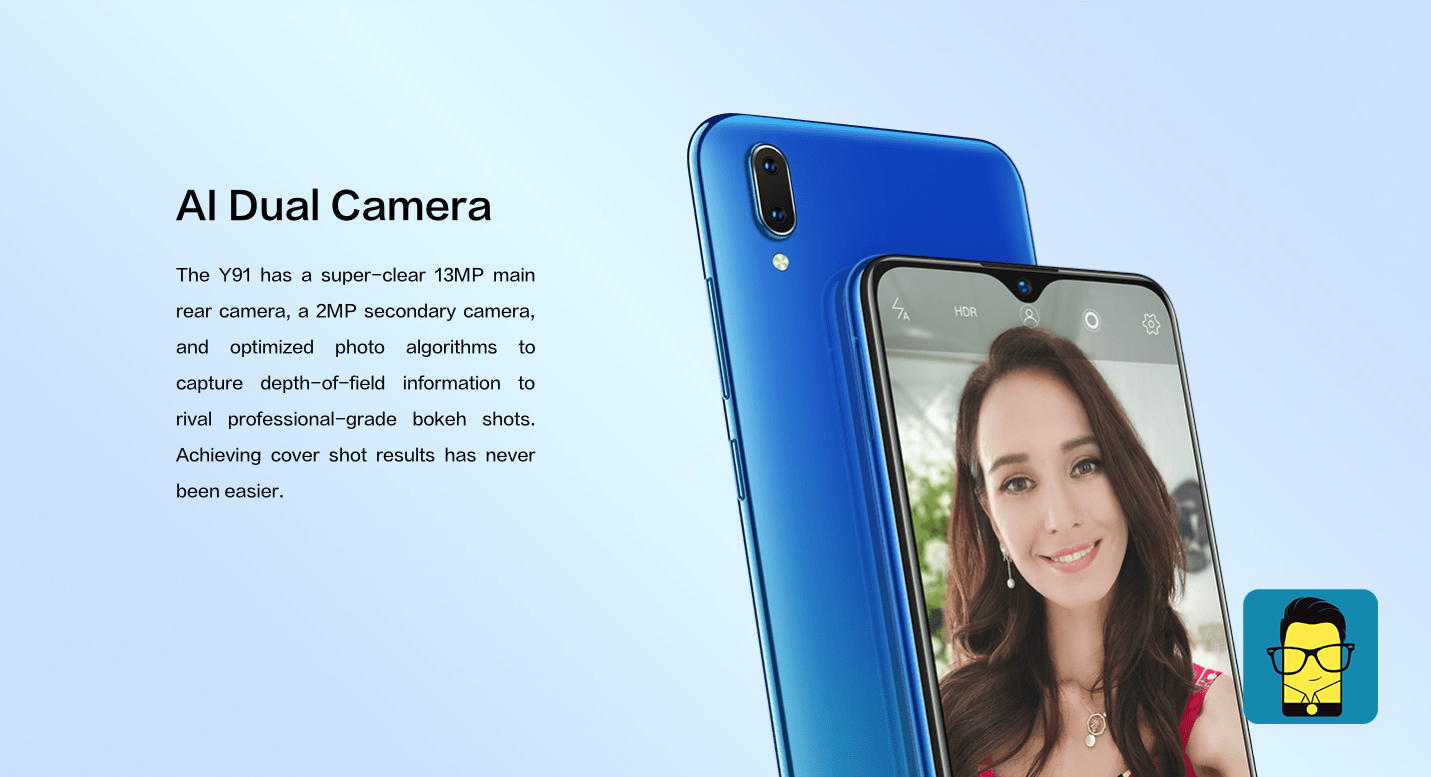 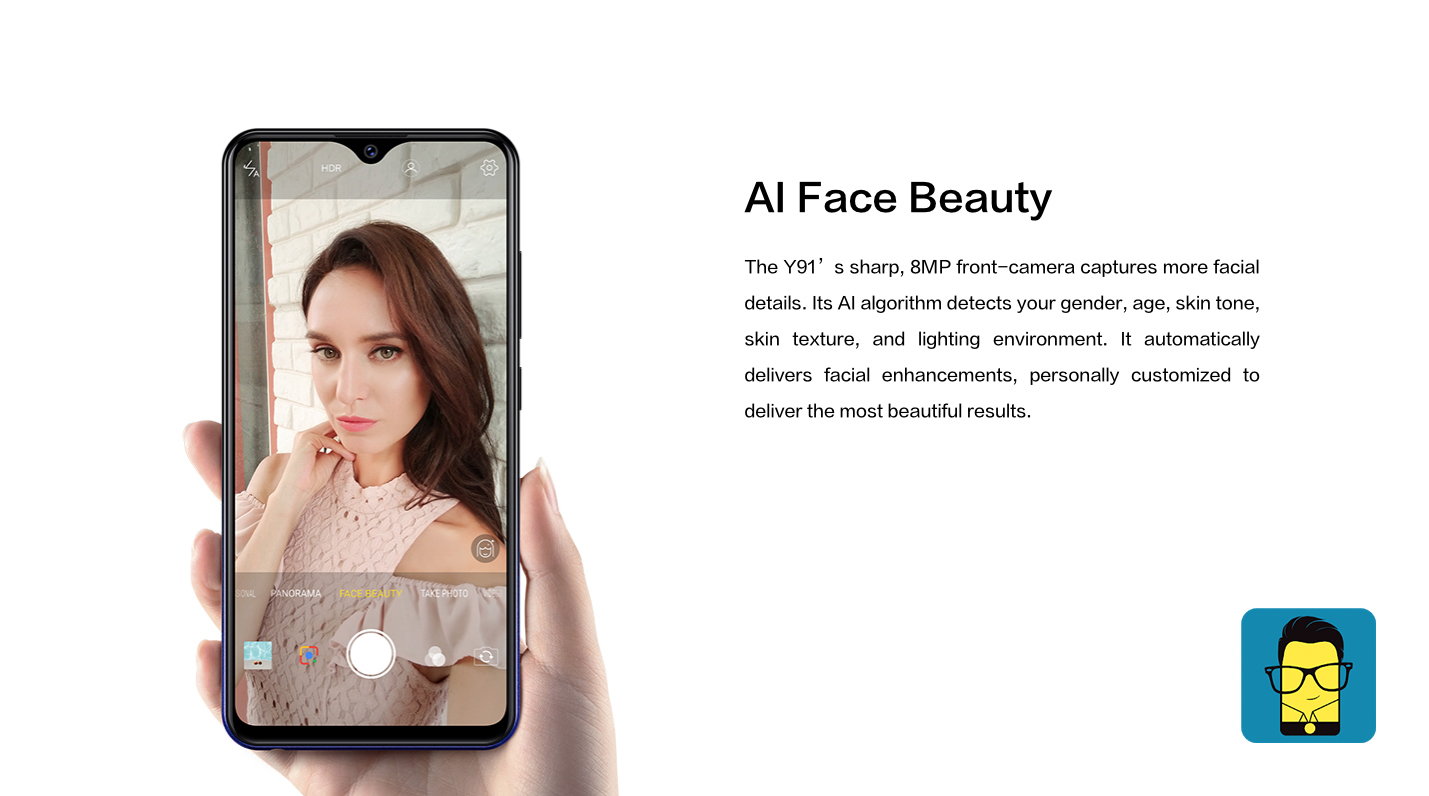 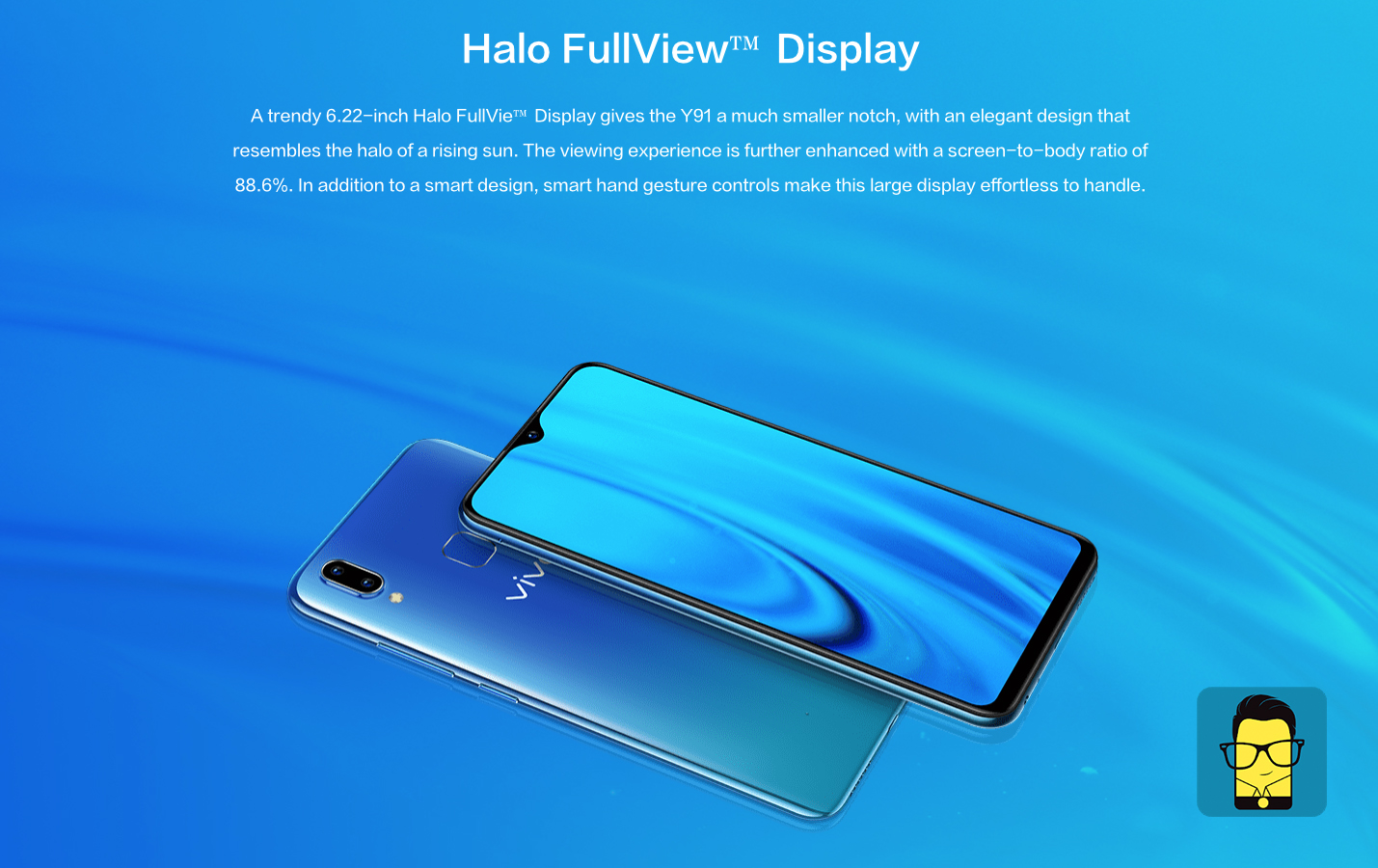 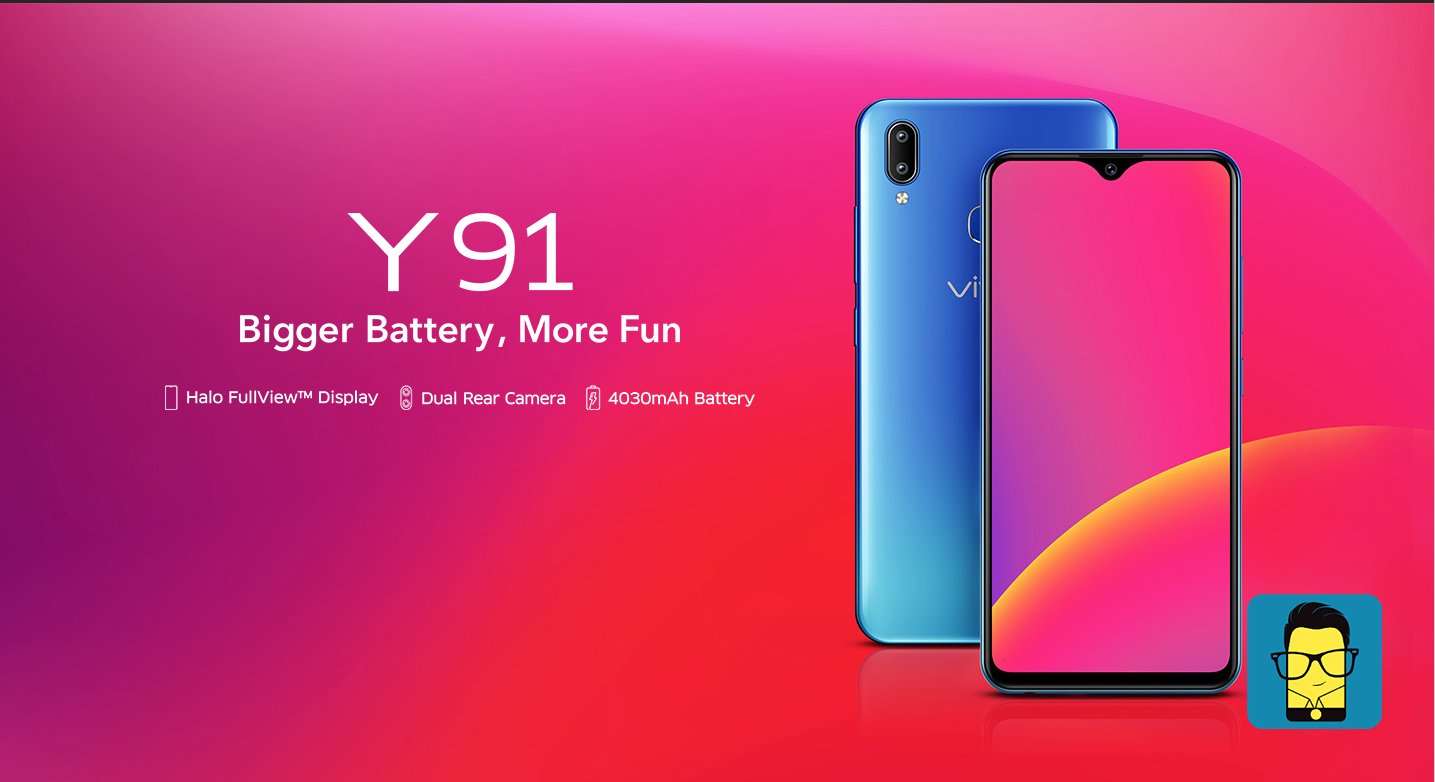 The Y91 will be launched in India for approximately Rs. 10,990. The device is expected to be launched before January 20. Well, you already know everything about the device now, thanks to this leak. Nonetheless, we’ll be covering the Y91, so stay tuned for the official price as well as the launch offers.