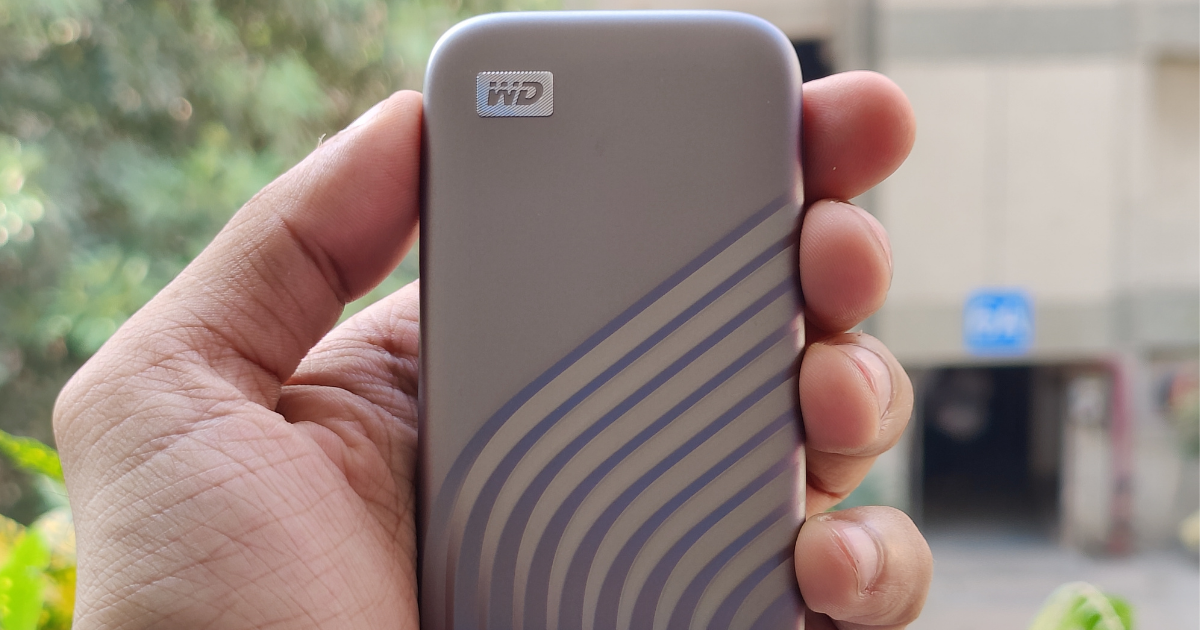 The digitization of data has led to a rampant rise in the need for reliable storage devices. Although portable hard drives have been a viable option for donkey’s years now, SSDs or Solid State Drives have become the go-to for most out there, enamouring buyers with their sleek designs and rapid data transfer speeds. Case in point, Western Digital’s My Passport SSD (2020), which adds a fresh spin (pun intended) to the company’s compact storage solutions. Here’s everything you need to know before you buy one.

Let’s kick things off by talking about My Passport SSD’s design. Believe it or not, WD went back to the drawing board and envisioned its latest SSD from scratch. Consequently, the 2020 model sent to me for review features a brand-new metallic chassis, which trades its predecessor’s boxy design in favor of a curvier, pebble-shaped silhouette. I quite like this approach as the newer drive is void of any sharp corners, making it that more pleasant to use and transport on a day to day basis. 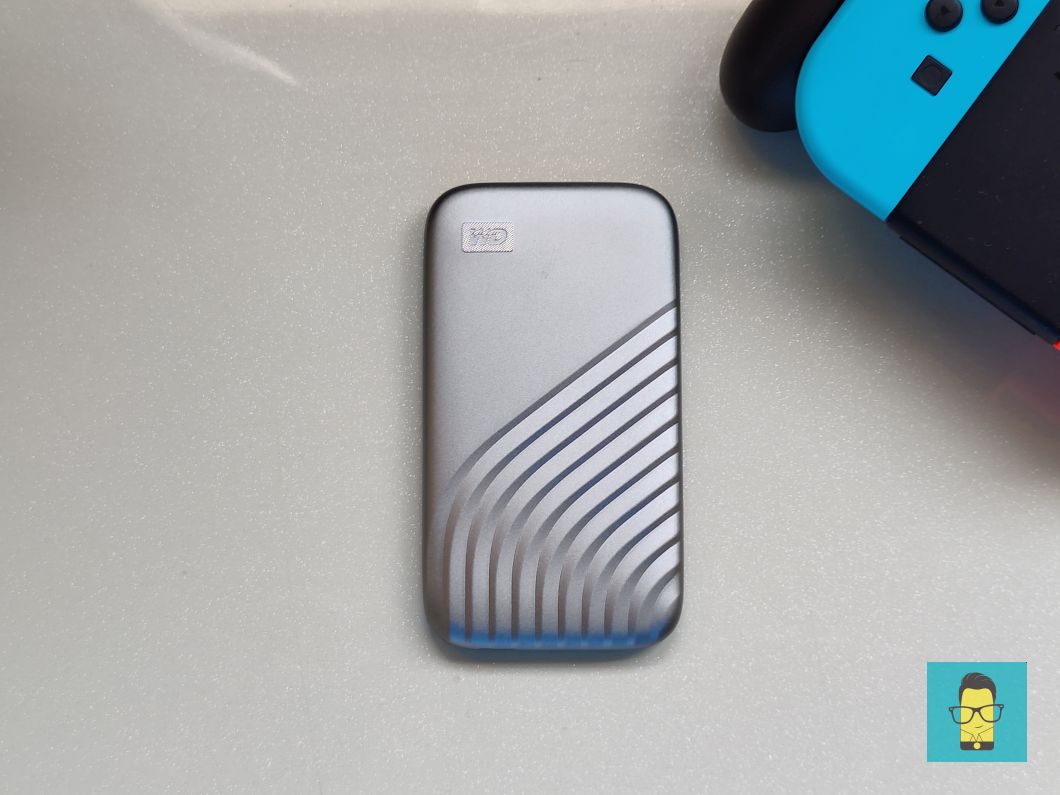 The company has also introduced some stylistic changes, including a wavy textured groove that envelops the back as well as the front of the unit. You’ll also get the choice of four different colours as the drive is available in a red, blue, gray, or gold hue. All things considered, the latest incarnation of My Passport SSD looks and feels the part of a premium product. 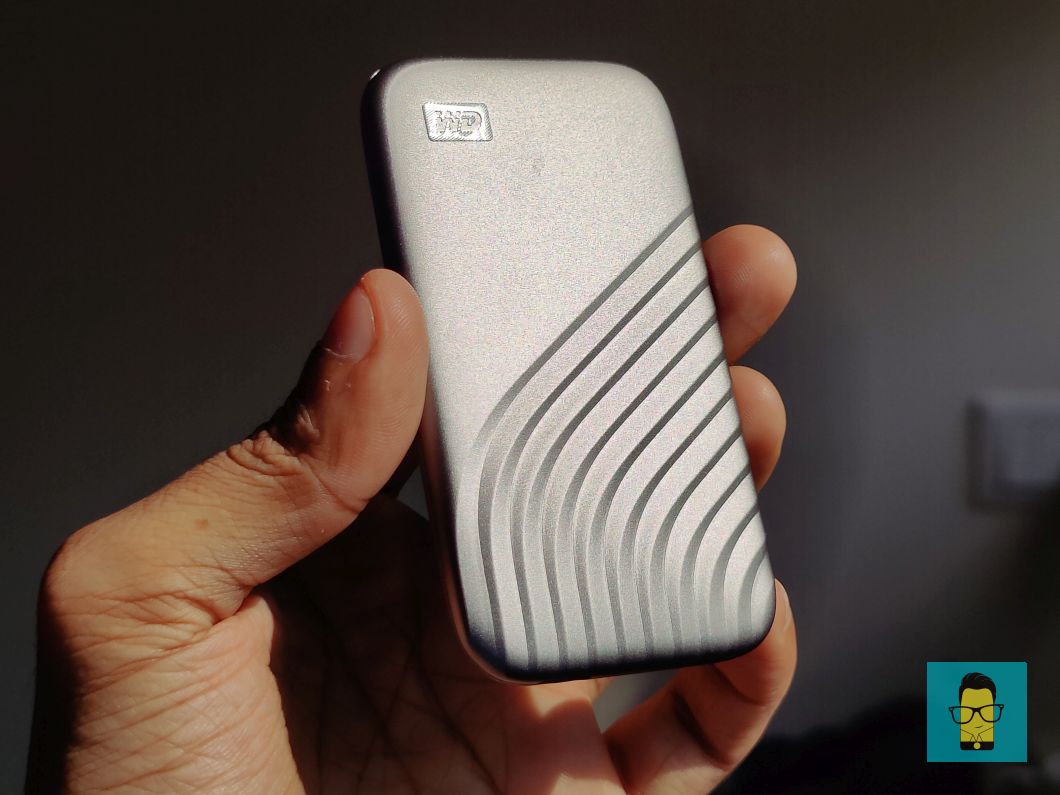 Before I wrap up this section, allow me to give you a physical overview of the SSD, as well as its I/O. Firstly, the all-new My Passport SSD measures in at 3.94 x 2.17 x 0.35in and weighs just 45.7g, making it compact enough to not take too much space in your backpack. The SSD features a single USB Type-C port, however, ships with a Type-C to Type-A adapter in the box, on the off chance you want to pair it to a machine with USB Type-A ports only. 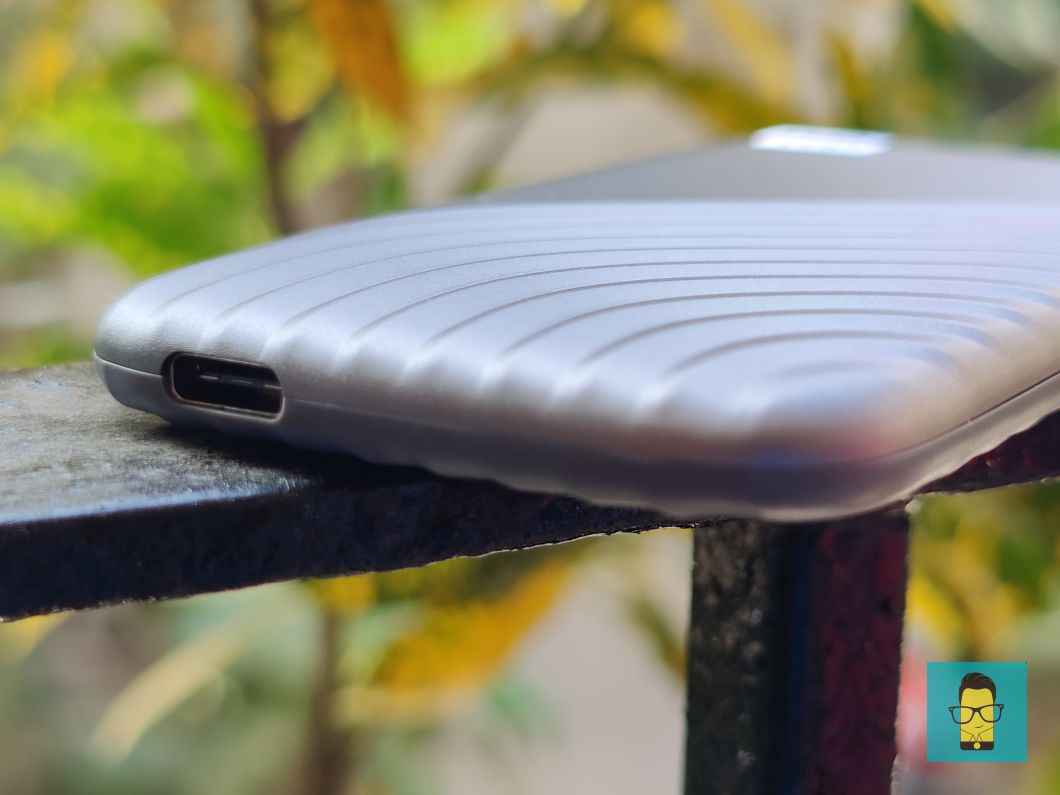 Furthermore, the My Passport SSD is not just shock and vibration resistance, but the unit can also survive a drop from up to 6.5 feet, making it a godsend for anyone with a case of butterfingers.

Of course, not all changes introduced with the new My Passport SSD are cosmetic and the company has improved the performance of its latest SSD by quite a margin, thanks in no small part to the drive’s NVMe protocol. The drive is available in three storage options, including a 500-gig model, along with a 1TB and a 2TB SKU. Unsurprisingly, the unit fared really well in our synthetic tests too. Starting with Crystal Disk Mark, WD’s My Passport SSD plateaued at around 850MB/s for sequential read and write tests, which fall in line with the company’s advertised “up to 1,000MB/s” claim. 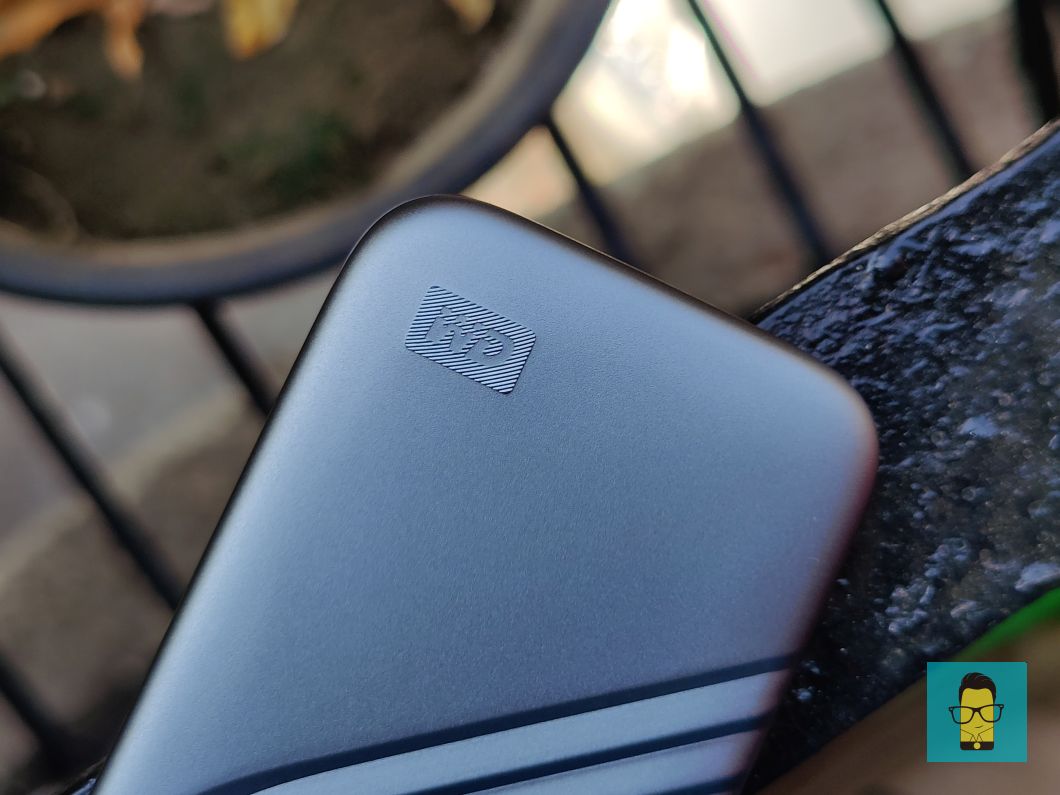 In a similar fashion, the drive performed adequately well in ATTO Disk Benchmark too, netting read and write speeds north of 800MB/s. Unfortunately, I couldn’t quite test the drive’s potential in BlackMagic’s Disk Speed Test owing to hardware limitations imposed by my 2016 MacBook Air. I’d also like to add that even during sustained workloads (migrating video footage over 50GB to and from the drive’s internal storage), the WD My Passport SSD didn’t get too warm to the touch. 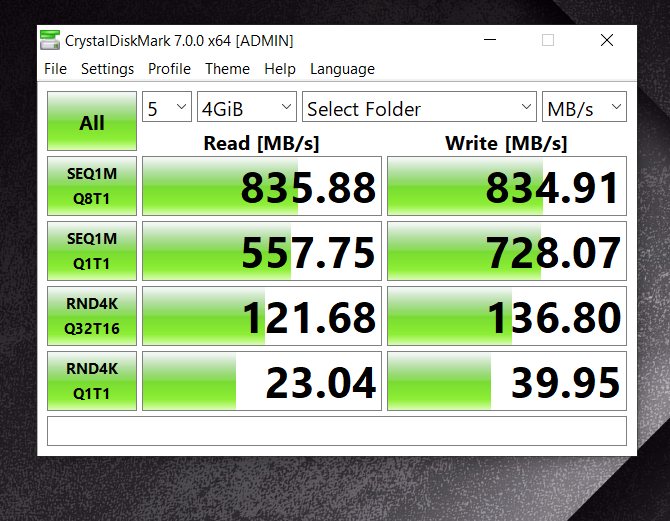 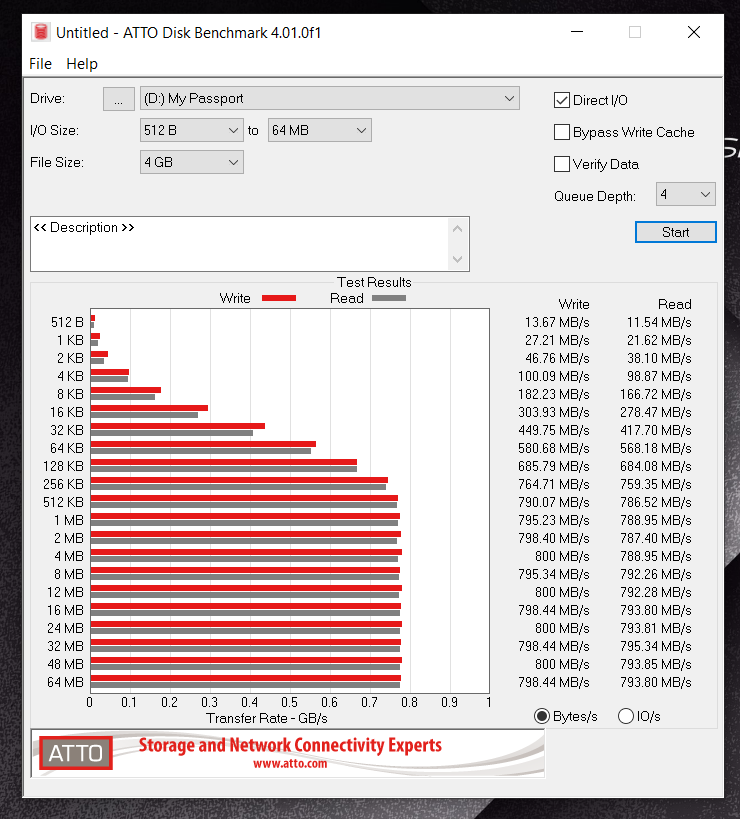 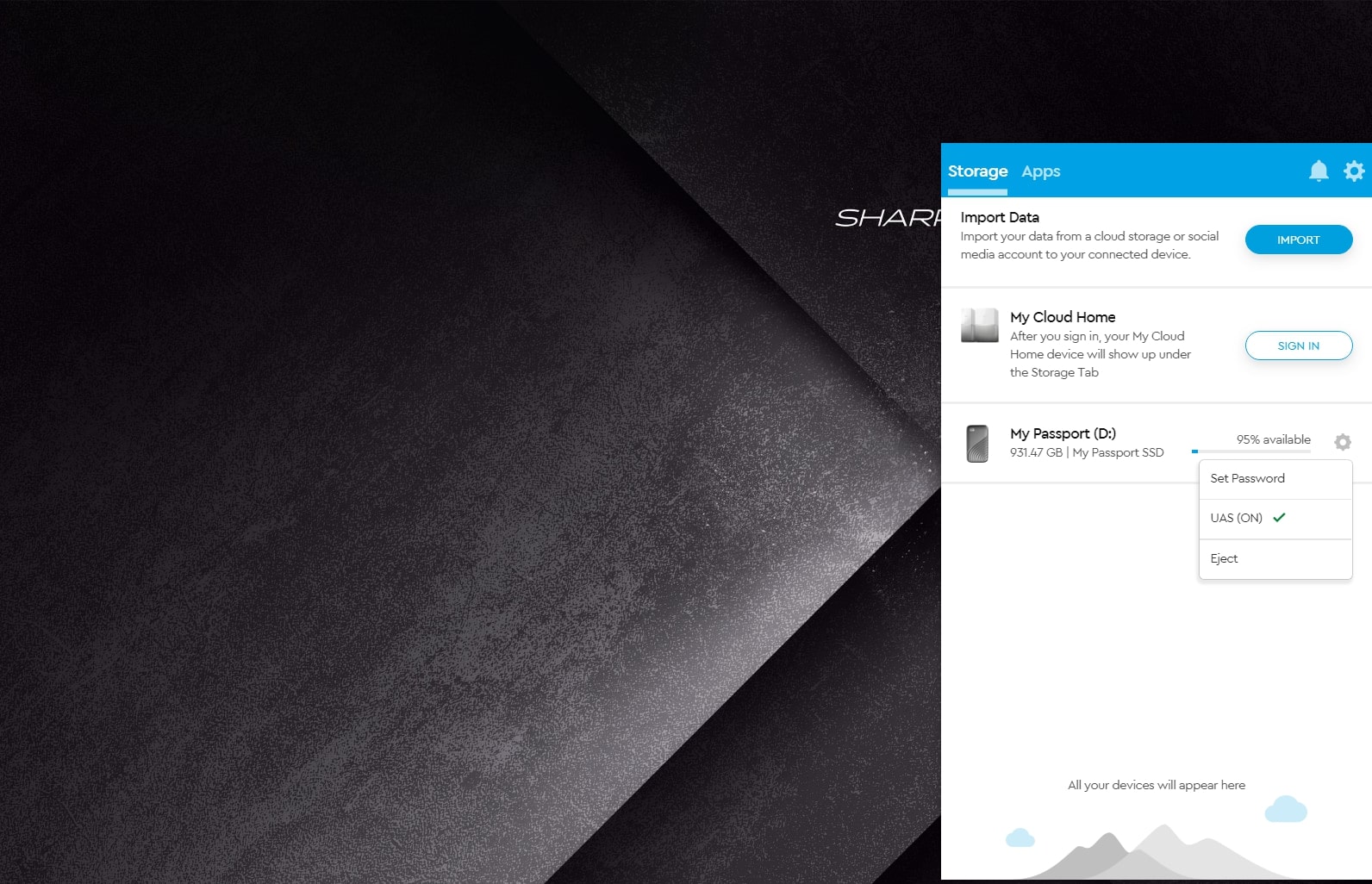 I’d also like to bring to your attention the bundled utilities one gets should they opt for the WD My Passport SSD including 256-bit AES encryption. The software utility can be found in the root directory of the drive under the name of WD Discovery. Once installed, you can encrypt the SSD and keep your valuable data away from prying eyes. Pretty nifty stuff, if I say so myself.

So, is the WD My Passport SSD worth it? Absolutely, provided you can stomach the unit’s pricey MRP. The SSD starts at Rs 8,999, however, the 1TB variant sent to me for review will set you back Rs 15,999. With that said, the pricing is fairly competitive when pit against other NVMe-based storage solutions, so if you have the need for speed, WD’s My Passport SSD is undoubtedly a stellar option.