Home | Tech News  | Xbox One S All-Digital Edition launched, but is expensive at $250

Xbox One S All-Digital Edition launched, but is expensive at $250 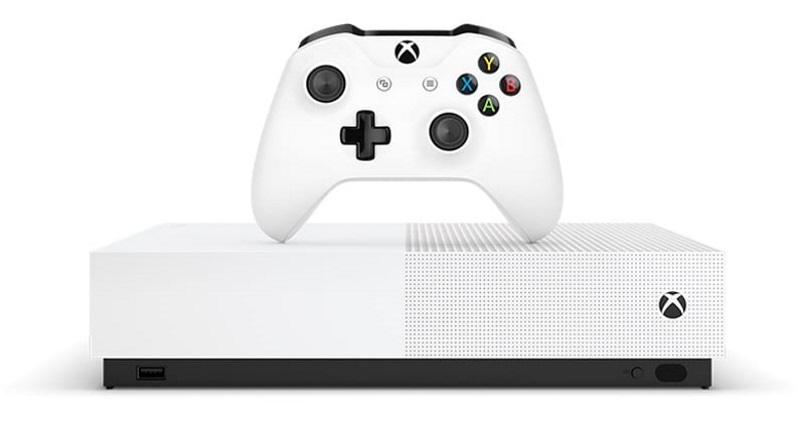 Microsoft has finally launched the Xbox One S All-Digital Edition. The console, as the name suggests, is basically the Xbox One S without the disc drive. The device has been priced at $250 in the US and will be available starting May 7.

As announced in an official blog post, the Xbox One S All-Digital Edition comes without a disc drive. Basically, that means you’ll have to get all of your games digitally. The console comes pre-bundled with three games — Forza Horizon 3, Minecraft, and Sea of Thieves.

“The Xbox One S All-Digital Edition was created for those who prefer to find and play their games digitally and are looking for the most affordable way to play Xbox games”, states the blog post. The new console also comes with a free trial of the Xbox Game Pass service, that grants you access to a wide array of Xbox One games for a monthly membership charge. The blog post further goes on to state that the “All-Digital Edition is $50 less than Xbox One S, and we expect to maintain at least that price difference between the two consoles going forward.”

The Xbox One S All-Digital Edition has been priced at $250 in the US and will go for sale in the country starting May 7. As of now, there has been no word as to whether the device will make its way to India or not. As for the previous gen, the original Xbox One S currently retails in India for about Rs. 22,000.

Is it really cheap?

While the Indian prices are a different story altogether, let’s just talk about the Xbox One S’ pricing in the US only. Originally, the Xbox One S was priced at $300, which makes the $250 price tag of the All-Digital Edition justifiable. That said, the original One S was launched back in 2016, and since then it has gone various price cuts. In fact, the console was also available at a price of $199 at last year’s Black Friday. Now, while Microsoft promises that the One S will always maintain a $50 price difference with its disc brother, there seems to be absolutely no incentive for old users to upgrade. As for new users, what $50 grants you is the ability to easily exchange games between friends.

On top of it all, with Sony’s announcing plans for the PlayStation 5 and E3 right around the corner, the speculation for the next generation of Xbox is rife. As such, to invest $250 on an All-Digital Edition seems pointless. If you have that much money to spare, wait for a sale, and just get the standard Xbox One S. Or, better yet, you could wait and see what Microsoft has planned for E3, and what the next generation of Xbox could bring.