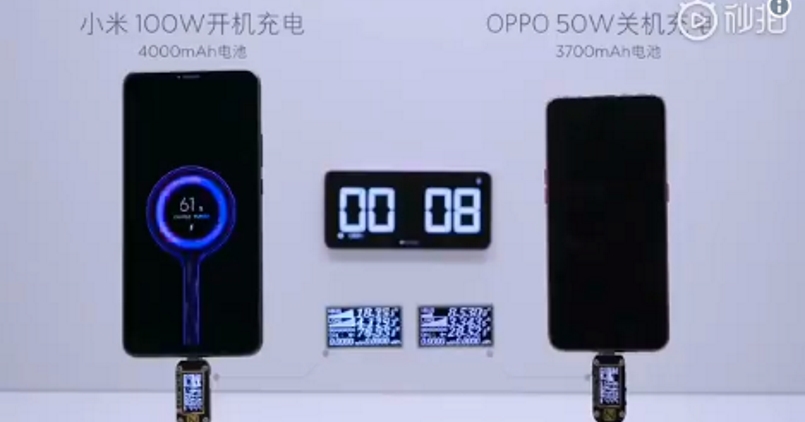 The Chinese conglomerate, Xiaomi, is about to give its competition a good kick as the company has scheduled an event for tomorrow. Where it is believed to unveil the wrap off a 100W charging technology.

That must be the most absurd technology announcement I’ve heard this year so far. The brand which has already introduced its flagship smartphone for the year dubbed as Mi 9. It must have something planned for the potential takers of its flagship phone. Or we could see this in the future smartphones from the brand like Mi Mix 3 successor, i.e. Mi MIX 4.

Apart from the information that it may unveil the 100W charging tech, it is reported as per the tweet from Abdul, former Mr. Phone writer, that this tech could charge 4000 mAh capacity battery in just 17 minutes. Now that is something to ponder upon.

We don’t have much regarding which Xiaomi phones would be offered with such insane technology. Stay tuned to Mr. Phone to know more about it when the company announces it in China.