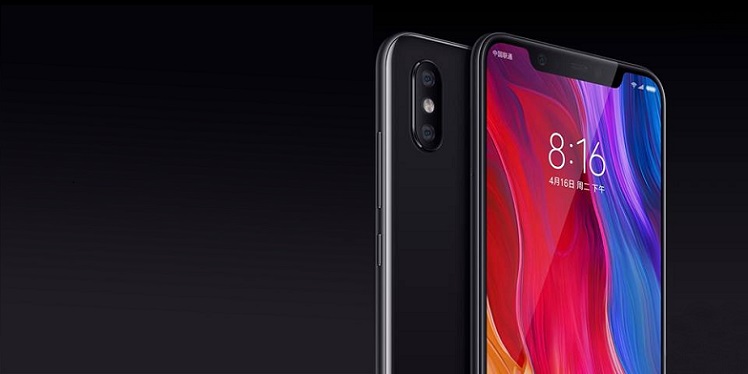 Today, Xiaomi has made its much-hyped smartphone of the year, Mi 8, official. The new flagship smartphone from Mi is probably the most powerful and advanced smartphone right now. Apart from announcing the MIUI 10, which is their latest operating system based on Android Oreo, the company has a lot going on.  The Mi 8 price starts at 2699 yuan, which approximately converts to Rs 28,999. The high-end variant will cost 3699 yuan, which converts to Rs 38,999.

What are the Mi 8 specifications?

Talking about the Mi 8 specifications, it comes with a 6.2-inch AMOLED display sporting an 18.7:9 aspect ratio with a cut out on top. Teasing a high 600 nits brightness vibrant screen, it offers a 1080 x 2280 pixel resolution. In terms of design, the device is baked between two glass panels. It is probably the most sleekest Mi flagship smartphone at 7.6mm thickness.

Running brains on the new Mi flagship smartphone is the Snapdragon’s most powerful chipset yet, the SD845 processor. Accompanied by a 6GB of RAM and 128GB of internal storage, it will offer massive multitasking and media storage options.

In the camera department, Xiaomi mocked its two competitors, Huawei P20 Pro, and Apple iPhone X on the live stage. It is the best camera they’ve ever had as claimed by the company. The primary and secondary sensors both come with a 12MP resolution lens.

Enabled with AI, the rear camera setup will offer AI scene detection and AI portrait. The 4-Axis OIS, dual-pixel autofocus and a massive 1.4-micron pixel size make it a perfect flagship camera. On stage at the event, the company has compared camera samples and touted that its phone is rated 105 on the DXoMark camera rating.

This is the first time ever on a Xiaomi phone, the Studio Lightning mode is introduced for portrait shots. For selfie lovers, there is a 20MP resolution camera on the front with an infrared sensor, which helps in unlocking your device with your face. This lens will have a f/2.0 aperture and will offer AI-powered selfies.

Are you wondering about the much-rumored in-display fingerprint sensor feature? Well, Xiaomi did introduce this feature but is limited to the explorer edition of the smartphone. This limited edition model will fetch you 3699 yuan, approximately Rs 40,000. Another interesting point about this variant is that the back panel would be completely transparent.

What do you guys think of the new Mi 8 flagship smartphone? Does it come up to your expectations? Let us know in the comments section below.