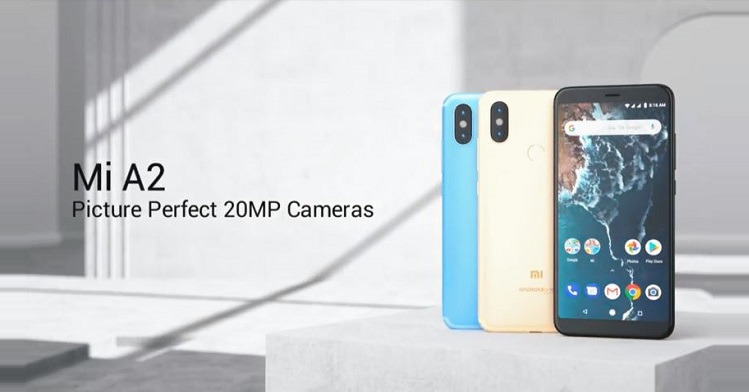 Update: The Indian availability of the Mi A2 and Mi A2 Lite is confirmed by Xiaomi. These new Xiaomi Android One phones will arrive in India on August 8.

Xiaomi has made its much-awaited Mi A2 smartphone official at the global launch event in Spain. The Chinese smartphone manufacturer has made its next-generation Android One handset official. In partnership with Google, the company has released the A2 smartphone. The Mi A2 price starts at Rs 20, 000 approx. (249 Euro) for 4GB/32GB variant, whereas the 4GB/64 model will cost you Rs 22,000 approx. (279 Euro). The 6GB/128GB model will retail in Spain at Rs 28,000 (349 Euro). 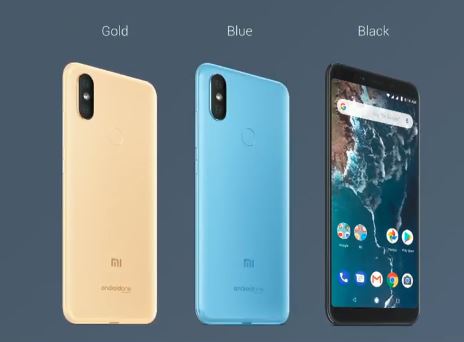 Starting with the talk of a screen, it houses a 5.99-inch Full HD+ resolution (2160 x 1080) display with 18:9 aspect ratio. For notch haters, it doesn’t come with a notch. It is powered by a Qualcomm Snapdragon 660 processor, which is accompanied by a 4GB of RAM and comes in different storage options. It includes 32GB, 64GB and 128GB.

As far as the camera department is concerned, it sports a dual rear camera setup, where the primary sensor would be of 12MP resolution and the secondary would be of 20MP resolution. The secondary lens would be a telephoto lens with f/1.75 aperture. The primary lens is said to sport a large 1.25 micro size.

In terms of connectivity, it is believed to support a Bluetooth 5.0 version and comply with all the latest standards in Wi-Fi, and GPS. The Mi A2 will be sporting a USB Type-C port and Quick Charge 3.0 support. The battery in question will have a 3010mAh capacity.